Instead of the hungry Dwayne Haskins, the Haskins that seemingly no one wanted to lead their team in Washington showed up in Charlotte. 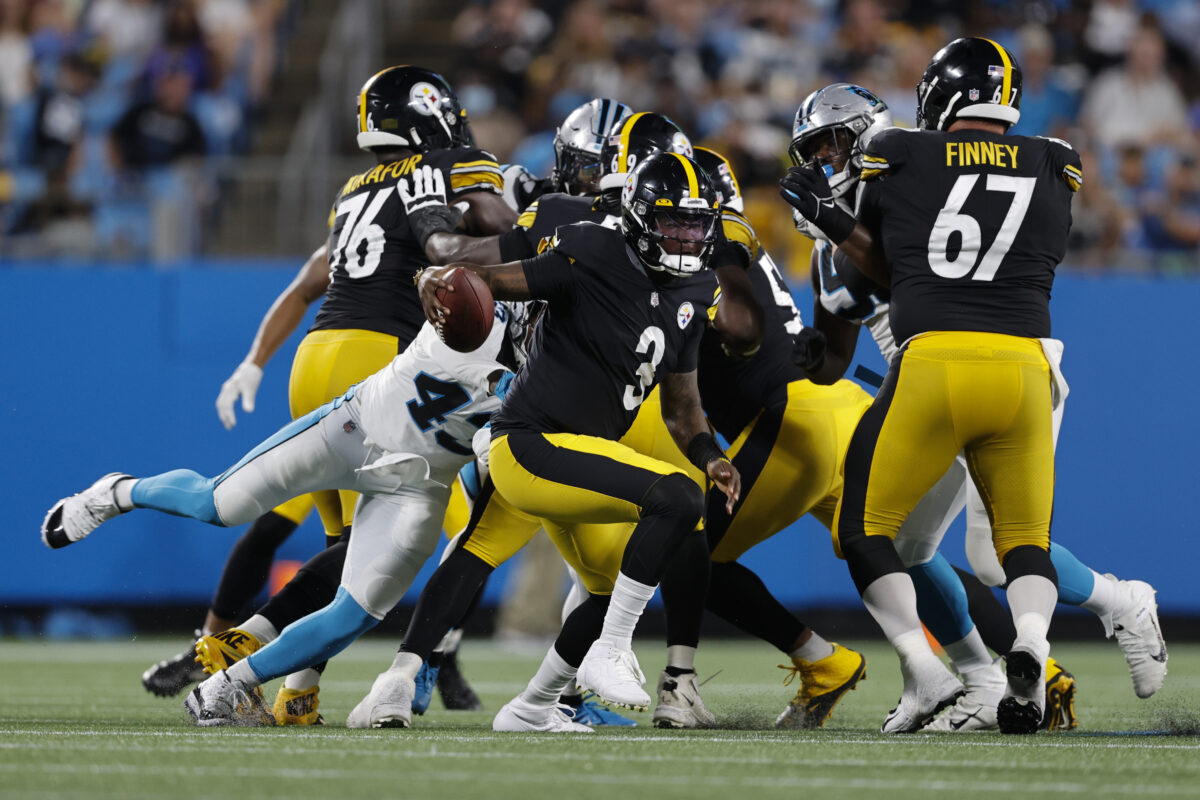 If Dwayne Haskins truly wanted that spot behind Ben Roethlisberger on the Pittsburgh Steelers depth chart, he didn’t play like it.

In his one opportunity to shine, the Washington version of Haskins showed up against the Panthers in Charlotte, N.C., on Friday night.

Haskins was out of sync most of the night. Instead of giving the Steelers brass something to really think about before the initial 53-man roster is announced, Haskins had coach Mike Tomlin wondering if Josh Dobbs might like the final quarterback spot behind Mason Rudolph. If Dobbs hadn’t suffered turf toe, we might see the Steelers release Haskins next week instead.

“I think we only had like 20 plays in the first half,” Haskins said after the game. “A lot of guys were trying to figure out how to get in the groove of the game. We just weren’t getting on the same page. It was a tough one for sure.”

All was not lost for Haskins, though. After coming back into the game for Dobbs, he put together a 79-yard scoring drive.

“We had a big play on third-and-5 that kind of got the drive started. … It was a good job of finishing the drive,” Haskins said. “Something that we really didn’t do all day. Something that I didn’t really do well all day.”

Overall on the night, Haskins was 9 for 16 with 108 yards and a touchdown and an interception in the Steelers’ 34-9 loss.