UNLV could be swapping one Power 5 opponent for another as TCU could be coming to Las Vegas on Aug. 29. 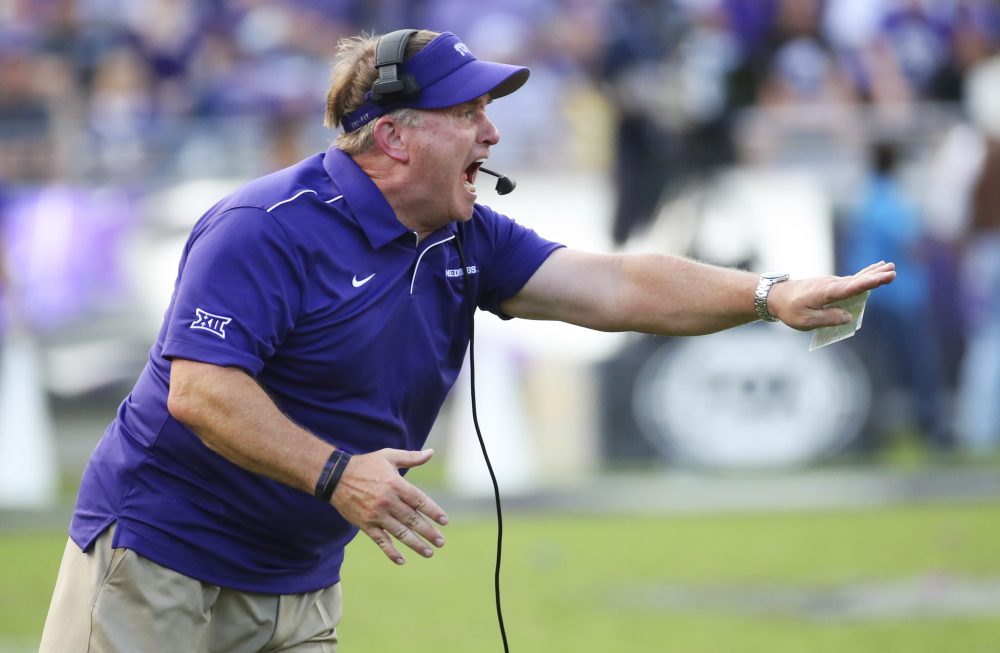 There are plenty of college teams scrambling for games with the Big Ten and Pac-12 going to league only games plus other FCS leagues postponing or canceling its seasons outright.

This has left multiples holes in UNLV’s schedule and there is now a report out of the Fort Worth Star-Telegram is more than optimistic with the Rebels swapping out Cal for a potential game against TCU.

The school has yet to sign a formal contract and has not announced an opponent. However, sources said there is a growing belief that, assuming football is played this fall and Big 12 schools can play non-conference opponents, TCU will open its season at UNLV on Aug. 29. UNLV was scheduled to face Cal on Aug. 29, the week before the TCU-Cal game in Berkeley, California.

A final decision on the TCU-UNLV game could come as early as this week.

This would be a huge get for the Rebels and not only because they get another game on its schedule but that it is a Power 5 team and at home in the shiny new Allegiant Stadium.

If this game does happen it would put UNLV at 11 games this year with only the Sept. 12 date as open. That was the week Arizona State was to come to Las Vegas.

These two teams were both members of the Mountain West from 2005-11 and those years saw the Horned Frogs win every game against the Rebels. The last win for UNLV over TCU was a narrow 21-19 win in 1997.

Hawaii takes on Arizona in Week 0 of this year and on the road. Find out who this Wildcats team is. 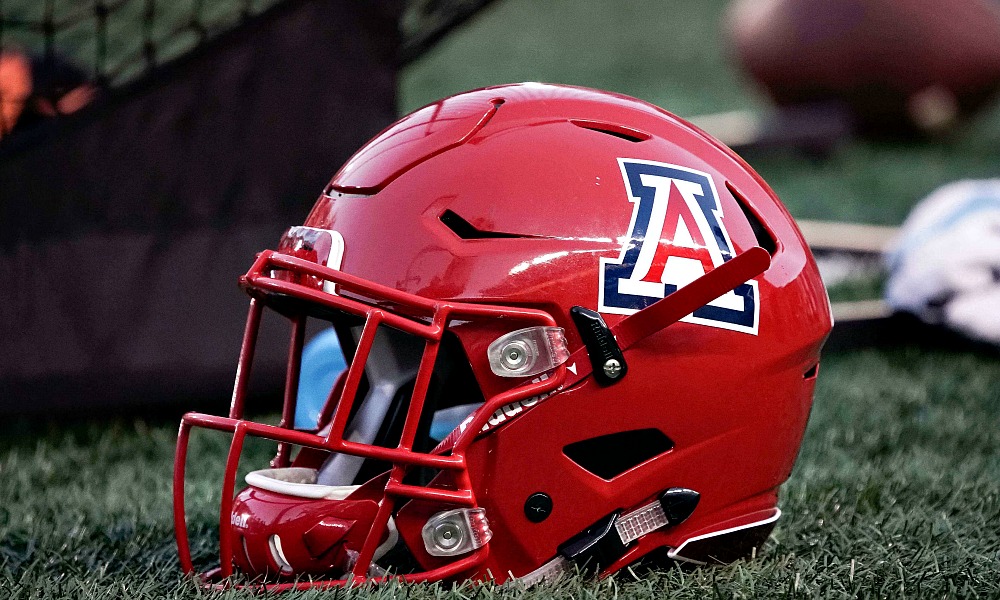 Warriors open up against the Wildcats in Week 0.

Hawaii is back at it in Week 0

Hopefully, the 2020 game can be as exciting as last year’s game that came down to the final play in a Hawaii win. This time the game is on the road and the Warriors have a new head coach with Nick Rolovich heading to Washington State and Todd Graham taking over on the islands.

Arizona head coach Kevin Sumlin is squarely on the hot seat with a 9-15 record in two years in Tucson and a third losing season very likely could have him looking for a new job. He did good things at Texas A&M and there have been some signs of his offense doing well at Arizona but not enough to take advantage of the talent he has.

This offense did move the ball well overall last year and ended up finishing third in the Pac-12 in total offense, passing, and rushing, but they were not able to convert that offense into touchdowns. In league play, they had four times where they failed to score more than 14 points.

VOTE: How many wins will the #ArizonaWildcats get in the 2020 college football season (if there is one)? (One site's projection for #ArizonaFBall: https://t.co/KOxsxaguQh)

Quarterback Khalil Tate was either good or bad, so not having him around could lead to some more consistency in the Wildcats offense. Sumlin tried to play two quarterbacks in the second half of 2019 but that failed miserably with the scoring seemingly decreasing every week.

The quarterback should be Grant Gunnell‘s job and all to himself. He played in eight games and was part of two wins. His most impressive game was against UCLA in which he completed 29 of 44 passes for 352 yards and a touchdown. For the season, he completed 65.2 percent of his passes and had just one interception in 155 attempts, so clearly, he is an accurate thrower.

The receiving group is loaded with nine of their top 10 pass-catcher back and that includes Jamarye Joiner who caught 34 passes for 552 yards and five scores as a freshman. The passing game should take a step forward.[lawrence-related id=24822]

In the ground game, they do lose J.J. Taylor who led the team running the ball for 721 yards. Plus, there is Tate’s loss in rushing game production with his 413 yards. Stepping in to be the top back is Gary Brightwell who was third in rushing last year with 390 yards and tied for the team in rushing touchdowns at five. Having four of the five starting offensive linemen back from last year should be a plus.

The defense has been a real struggle as they allowed 35.8 points per game last year and that was dead last in the Pac-12 and 118th in all of FBS. To fix this defense is new defensive coordinator Paul Rhoads.

He is familiar with the Pac-12 South and Arizona as he was leading the UCLA secondary over the past two years. The Bruins overall defense was not that much better than the Wildcats and in the passing game, UCLA was dead last in the Pac-12 in interceptions, yards per game allowed, quarterback rating, and allowed the most passing touchdowns.

That makes this hire seem questionable for Arizona. Rhoads was a head coach at Iowa State for six years from 2009-15, so maybe that leadership is why Sumling brought him in.

Expect the leader and best player on this defense to be Colin Schooler. He had 98 tackles and is expected to be in contention for an all-conference slot. They do bring back a lot of the front seven that includes Tony Field, Anthony Pandy, and Jalen Harris.

Harris has some potential as he had four sacks last year but overall there was little to no pass rush for this defense. That is an area to watch because Hawaii is likely to throw a lot and if there is time to throw look for the Warriors offense to shred the Arizona secondary.

With that pass rush being so bad, it made the secondary look worse than they really were. Arizona does return Lorenzo Burns who led the team with four interceptions, and Scottie Young is back to take over one of the safety spots.

This Arizona team will struggle in the Pac-12 and likely finish near the bottom of the South division in the Pac-12. They are replacing a lot of talent on offense and they have a really bad defense as well. There are some areas where this team could improve and it begins with playing just one quarterback and having a new face in charge of the defense.

Get your first look at Idaho State who takes on New Mexico in Week 1. 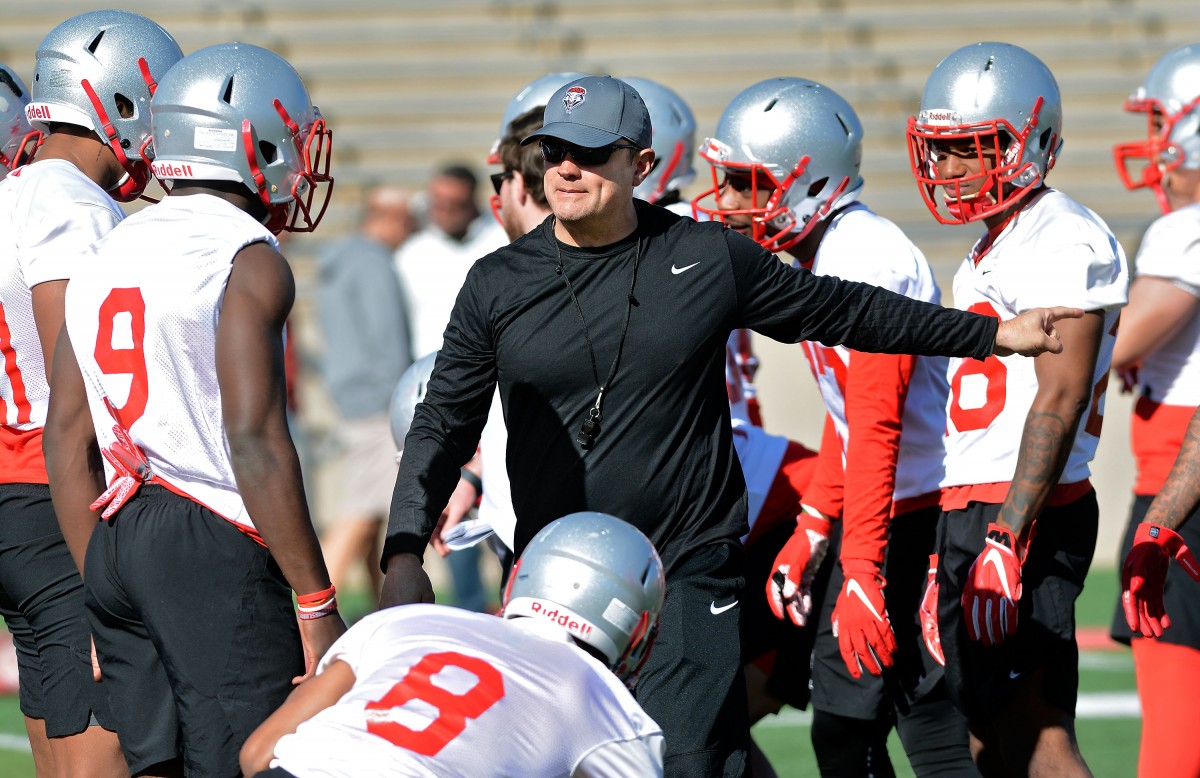 Lobos take on the Bengals in Week 0

On August 29, the Danny Gonzales era begins as the Lobos battle the Bengals from Idaho State at DreamStyle Stadium in Albuquerque for the first game of the year.

With the summer months upon us and the whole world talking about the COVID-19 virus, it’s nice to even be able to talk about college football being played this year.

We are back and getting @IdahoStateFB ready for Fall Camp 2020. Lots of exciting new stuff on the way for all of our teams for the 2020-2021 Season! #RoarTogether pic.twitter.com/T0n2WLxYxb

The Bengals from Idaho State come into the Land of Enchantment to take on Lobos in the high altitude of Albuquerque at 5000 feet above sea level.

Nunez then pursued and hired Defensive Coordinator Danny Gonzales from Arizona State, where he was on staff with former NFL head coaches Herm Edwards and Marvin Lewis.

The only head coaching job he would consider would be his alma mater in New Mexico, but only if they pursued him, as he was not looking as he was very happy at Arizona State.

Athletic Director Eddie Nunez really got a two for one with the hire of young and bright Danny Gonzales. Then, Rocky Long, who is known for super aggressive and physical defenses, it should bode well for the Lobos on the gridiron.

The Idaho State Bengals are a good team for the Lobos to start the season off before heading on the road for two very challenging teams back to back, in the USC Trojans and Mississippi State Bulldogs. The Idaho State game should be one to allow the Lobos to get things worked out and have success before those two Power Five opponents.

The Bengals are picked by Street & Smith’s College football to finish dead last in the Big Sky Conference in their preseason magazine and have the fewest starters of any team in the conference.

What they do have is returning Quarterback Matt Struck, who passed for an impressive 2,334 yards for the Bengals. He could be challenged by Wyoming Cowboy transfer Tyler VanderWaal. He is a 6’4, 220Lb Quarterback from Elk Grove Calif.

With New Mexico, Danny Gonzales inherits over 30 seniors on the roster for this year’s Lobo football team, many have with game experience, and that should really help them.

Then you factor a Rocky Long who without question is one of the top defensive minds in college football and runs the 3-3-5 better than most teams.

The Lobos should dramatically improve on defense under Long from last year’s Lobos, who gave up an average of 37.2 points per game. One of the biggest question marks right now would be the Quarterback of the Lobos for OC Warehime.

We are getting ready for the season opener! Hope you are ready to join us!!! If you had some questions, we have some answers! #GoLoboshttps://t.co/6UsMuHEEcj

Sophomore QB Trae Hall is listed as the tentative starter, but it should be a dogfight with Junior Tevaka Tuioti and Brandt Hughes.

Derek Warehime was a big reason for a very productive era of a big-play offense under former Offensive Coordinator Bob Debesse when both were part of the Lobo coaching staff with Bob Davie.

Gonzales has gone on record saying that the Warehime be a head coach one day and feels fortunate to have hired him and bring him on staff.

There is no doubt that all NCAA Football teams with limited reps, limited workouts, and limited practice will look a little rusty after dealing with the COVID Virus.

The Lobos have some very good talent this year with nine players named to the Athlon Sports Preseason All-Mountain West team, with four players earning the nod on offense, two on defense, and a league-leading three on special teams.

So, you have some players like TE Marcus Williams salivating under this spread offense under Warehime, he can light up as a TE or Split receiver. He should have a very good year under this offense.

They have some speedy receivers as well with Elijah Lilly as one of the speed burners for the offense.

The Lobos have some good talent at running back and Bryce Carroll comes to mind as very explosive back with quickness to take it to the house given the opportunity.

Shoring up the offensive line is Teton Saltes and Kyle Stapley and on defense, Jacobi Hearn at the Linebacker spot and cornerback Donte Martin are solid defenders for the Lobos.

The Lobo without a doubt come into the season with one of the best punters in the nation with Tyson Dyer averaging 46.1 yards per punt and long of 63 yards Ray Guy Award semifinalist

So the bottom line is that this should be a fun team to not only watch, they should be able to surprise a few teams with the coaching staff and the upperclassman for this years team.