The Philadelphia Eagles dominated the Washington Commanders on Sunday, and here are the top 100 photos from the 24-8 win in Week 3 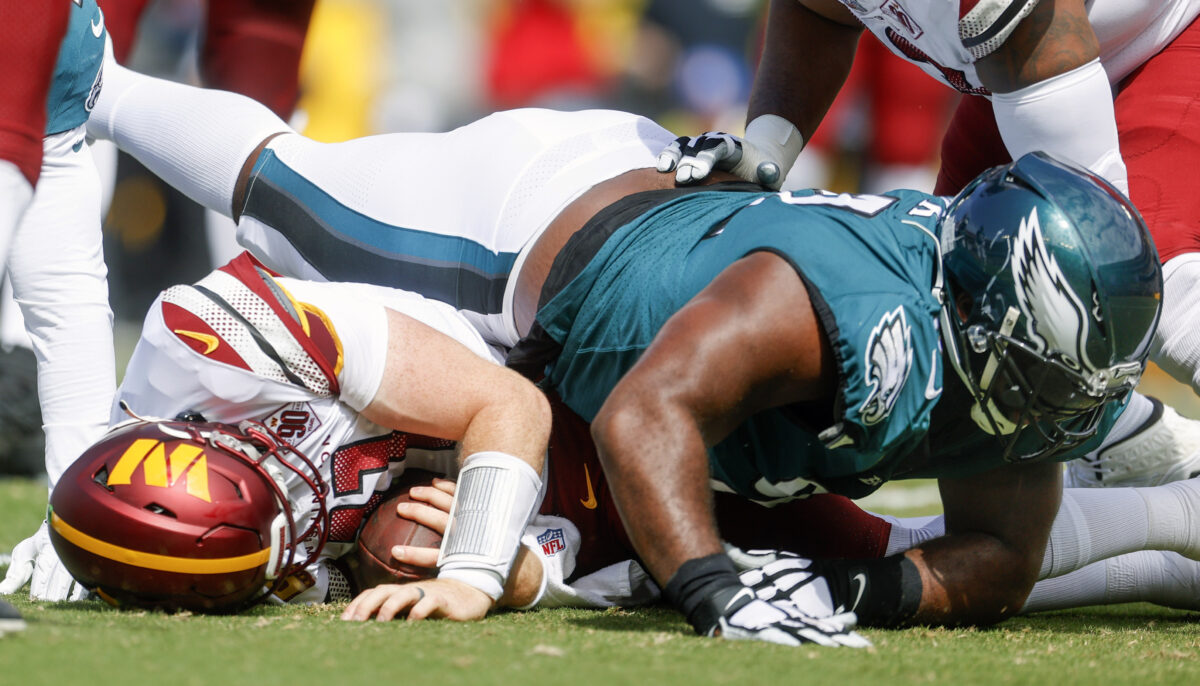 DeVonta Smith caught eight passes from Jalen Hurts for a career-high 169 yards and a touchdown, while A.J. Brown also had five catches for 85 yards.

With Philadelphia set to start preparation for Jacksonville, here are the top photos from Sunday’s win. 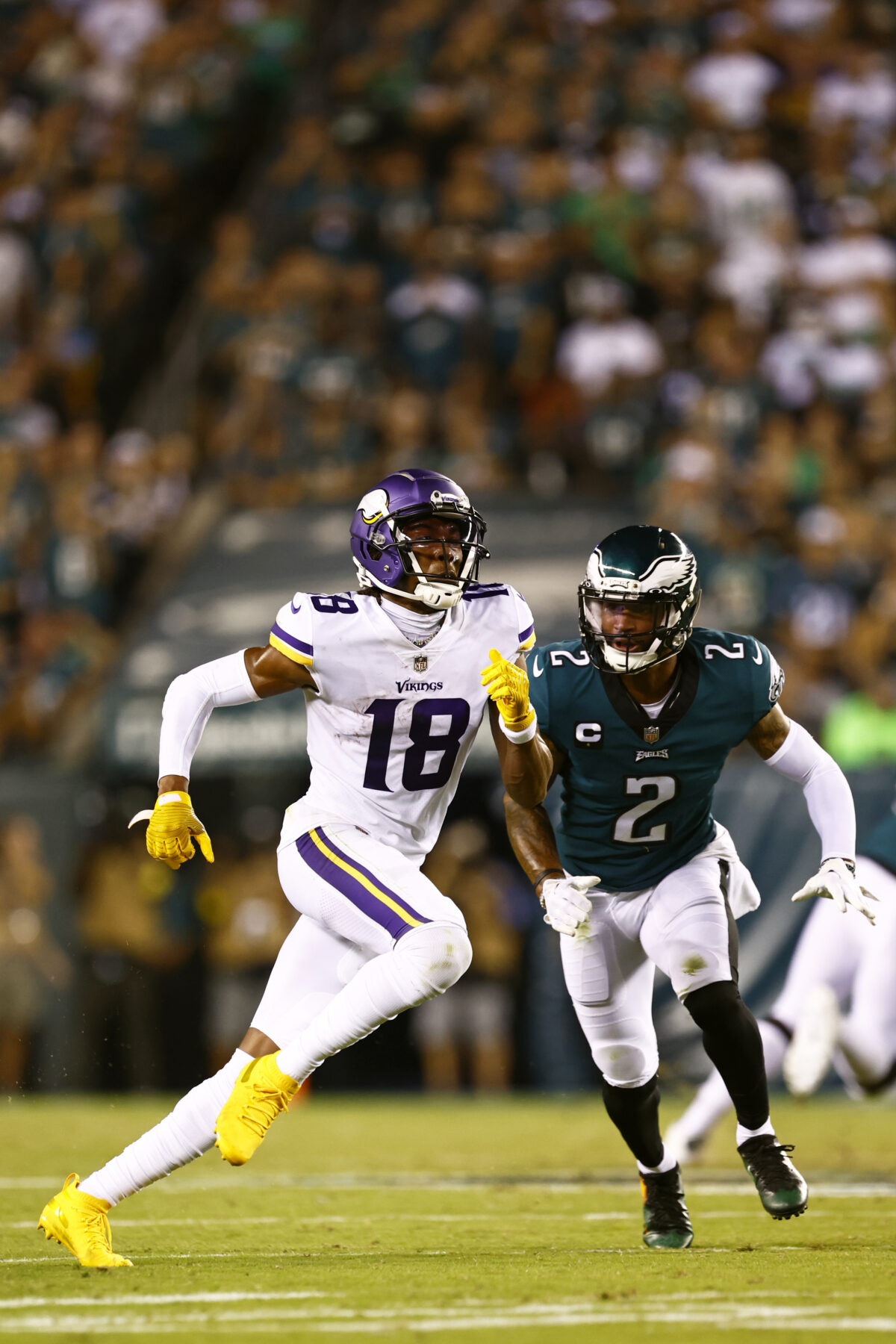 The Eagles made a statement on Monday night, dominating from the start while controlling the pace in an impressive 24-7 victory at Lincoln Financial Field.

Quarterback Jalen Hurts was the best player on the field, going 26 of 31 passing for 333 yards, one touchdown, and one interception.

Here are the top photos from Philadelphia’s impressive home win.
*** 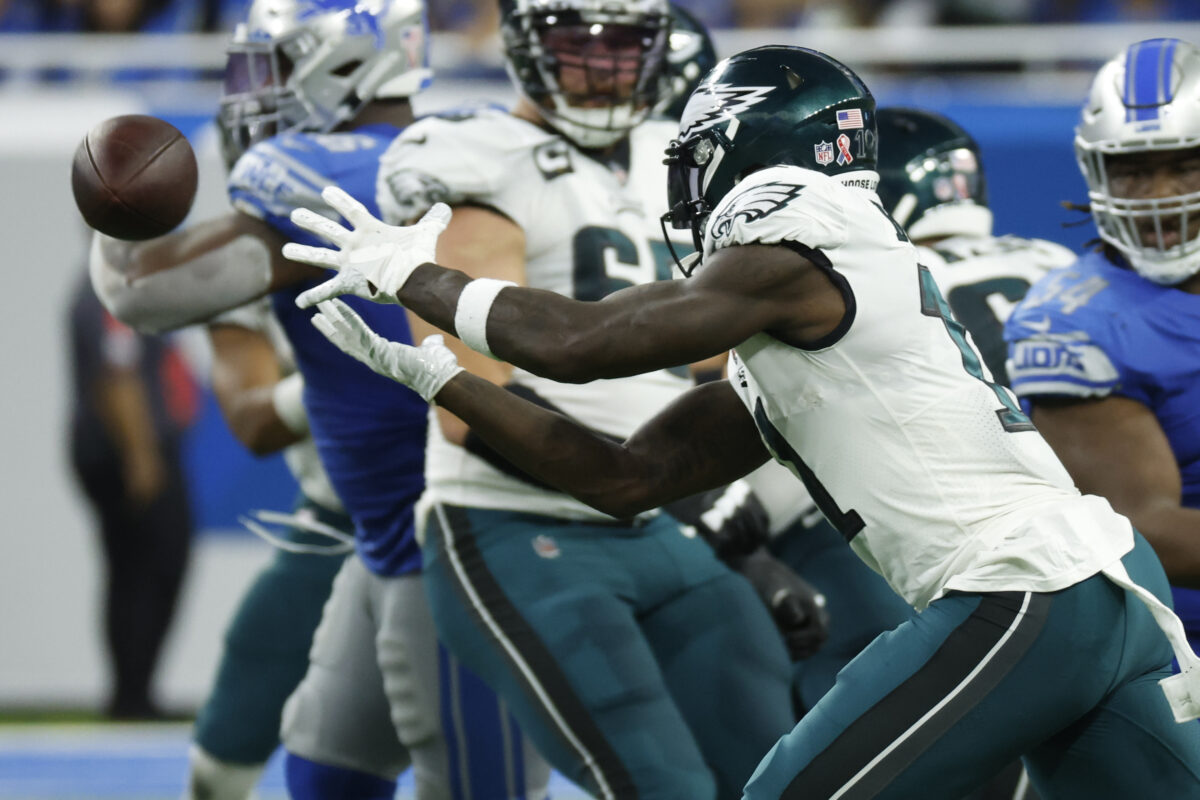 Jalen Hurts went 18 of 32 for 243 yards, including a beautiful 54-yard pass to A.J. Brown, while also amassing 90-rushing yards to help Philadelphia start the season off 1-0.

The Eagles blew a 24-7 lead and had to hang on at the end to pull out a 38-35 win over a much improved Lions team at Ford Field.

With the Birds set to prepare for a huge Monday night matchup against the red-hot Minnesota Vikings, here are the top photos from Sunday’s win.

The Eagles traveled to Ohio and accomplished all their goals after joint practices and a 21-20 preseason win without the starters.

Olympic hurdler Devon Allen finally got on the board quickly after hauling a 55-yard touchdown pass from quarterback Reid Sinnett in the third quarter. Cam Jurgens is already becoming a star as a rookie center, while Deon Cain put the entire receiving corps on notice with his dominant play.

With Philadelphia headed to Miami on Tuesday, here are the top 108 photos from Sunday’s win. 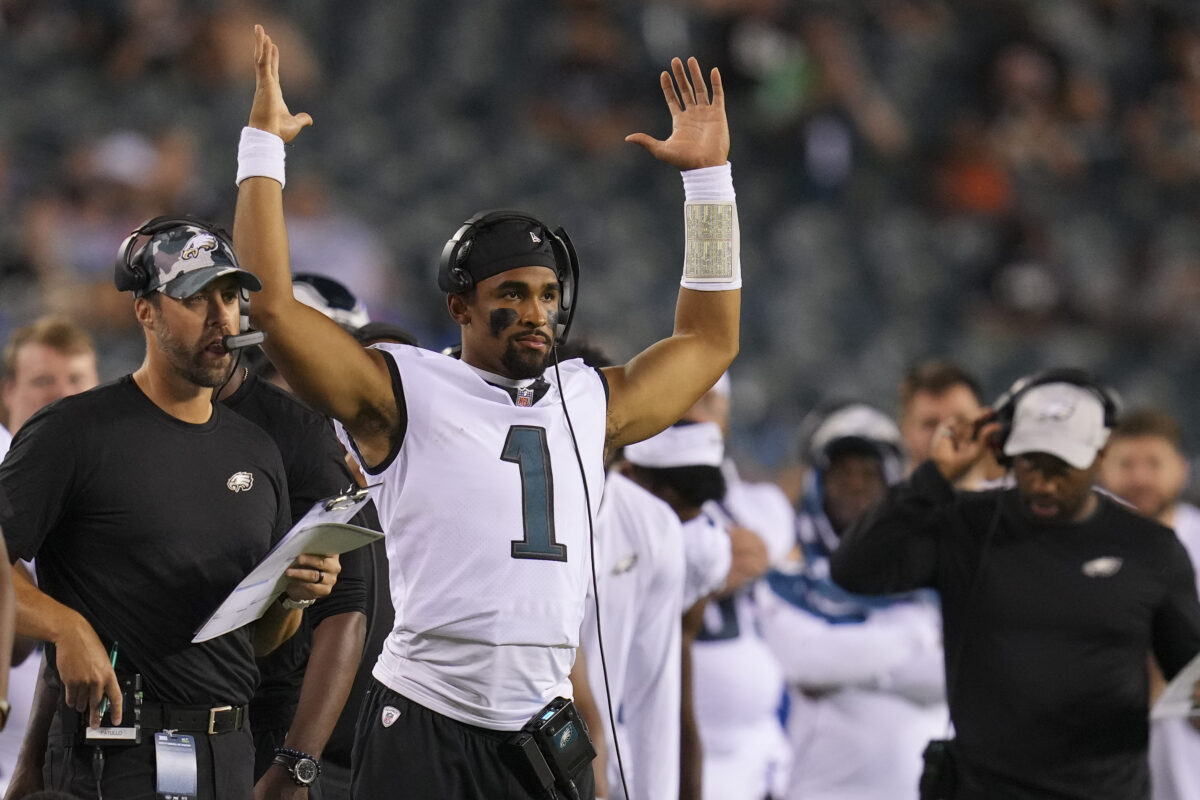 The Eagles returned to Lincoln Financial Field for the first time since a January 8 loss to the Dallas Cowboys in the 2021 season finale.

Philadelphia’s third-year quarterback Jalen Hurts was perfect on the evening, completing all six pass attempts for 80 yards and a touchdown while only playing just one series. Hurts started things off with a 28-yard rocket to Quez Watkins before finishing the drive with a 22-yard touchdown strike to tight end Dallas Goedert.

The defense was just as spectacular and efficient, holding the Jets to just 11 total yards and a Kyzir White interception off Zach Wilson to help spur an early 14-0 lead.

The Eagles will have a few days off before starting joint practice sessions with the Cleveland Browns.

Here are the top photos from Friday night. 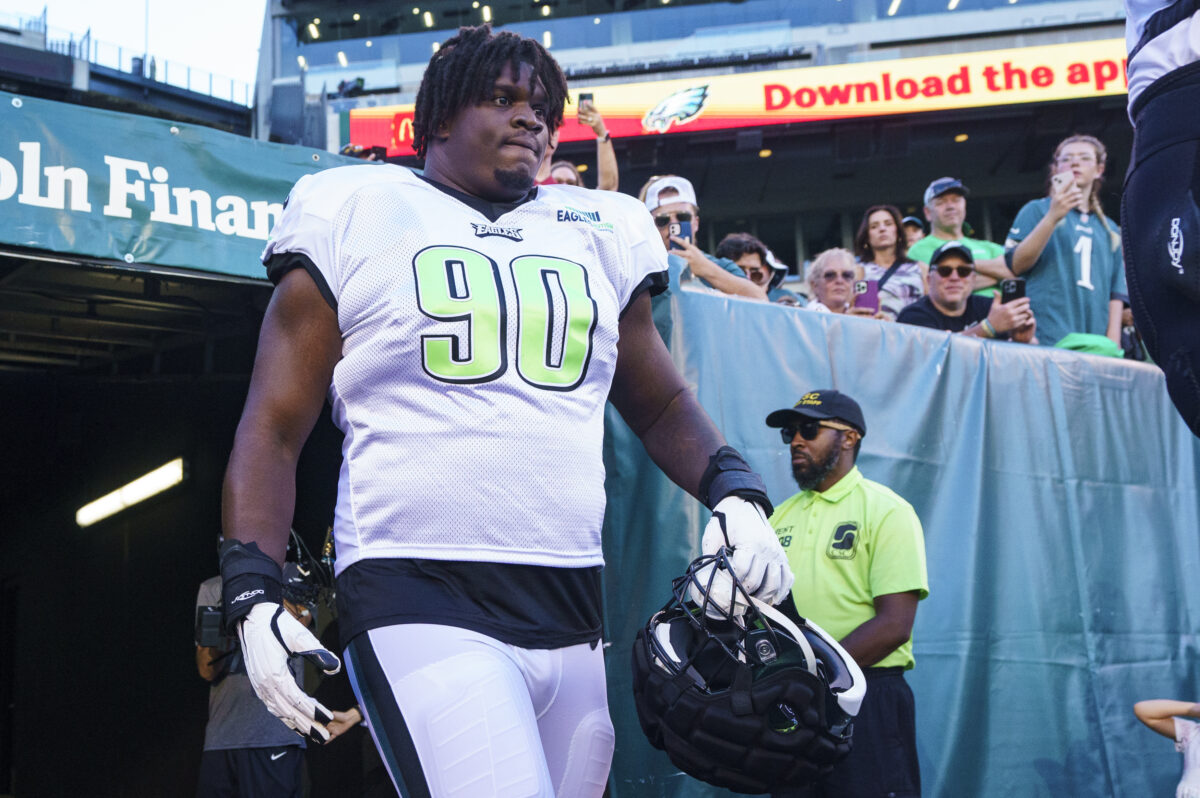 The Philadelphia Eagles returned to Lincoln Financial Field for the first time since January, as the team hosted fans for their one open training camp practice.

More than 30,000 fans at the Linc were hoping to see A.J. Brown, Haason Reddick, Nakobe Dean, Jordan Davis, Kzyir White, and the other newcomers for the first time in midnight green.

Here are the top photos from an impressive night of action. 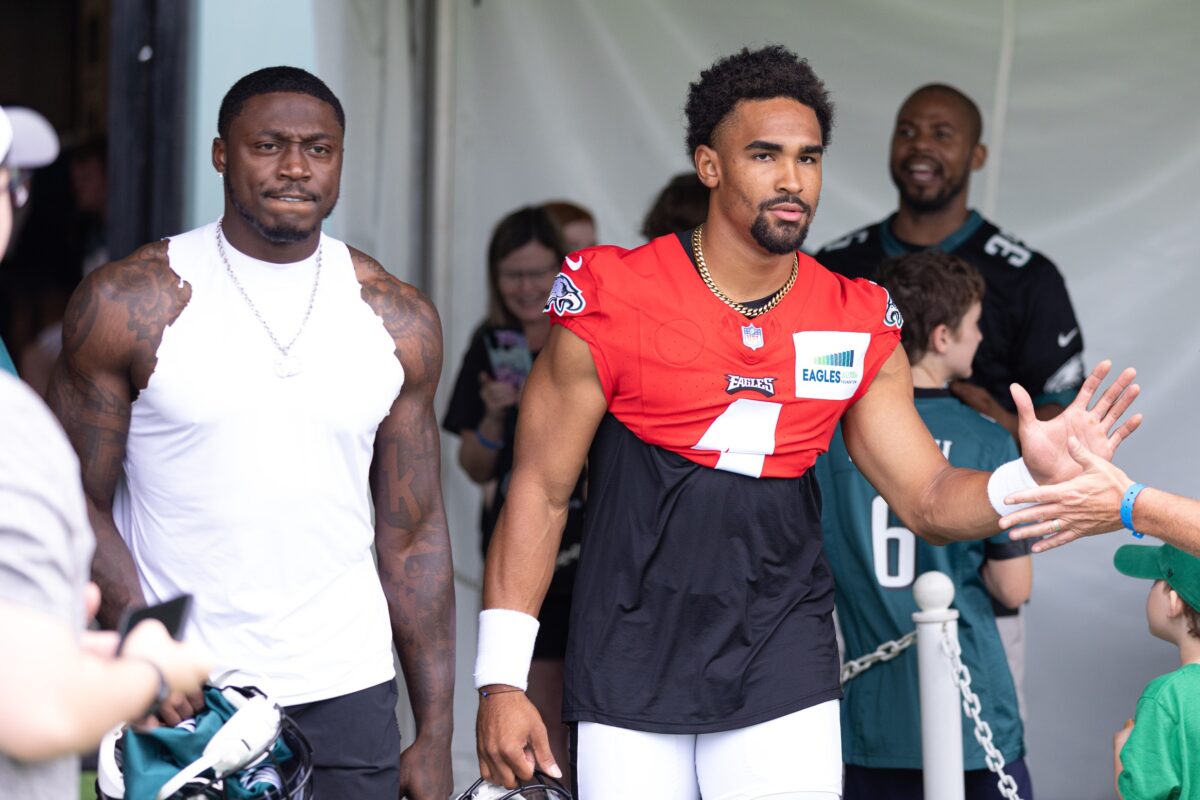 Day three of Eagles training camp practices came with an intense 90-minute session that saw the defense again get the best of the offensive unit throughout the morning.

A.J. Brown and Darius Slay are building a budding practice rivalry, while Jalen Hurts continues to refine his accuracy and throwing motion.

With the team set for a day of rest, here are the top photos from the first three days of training camp practices. 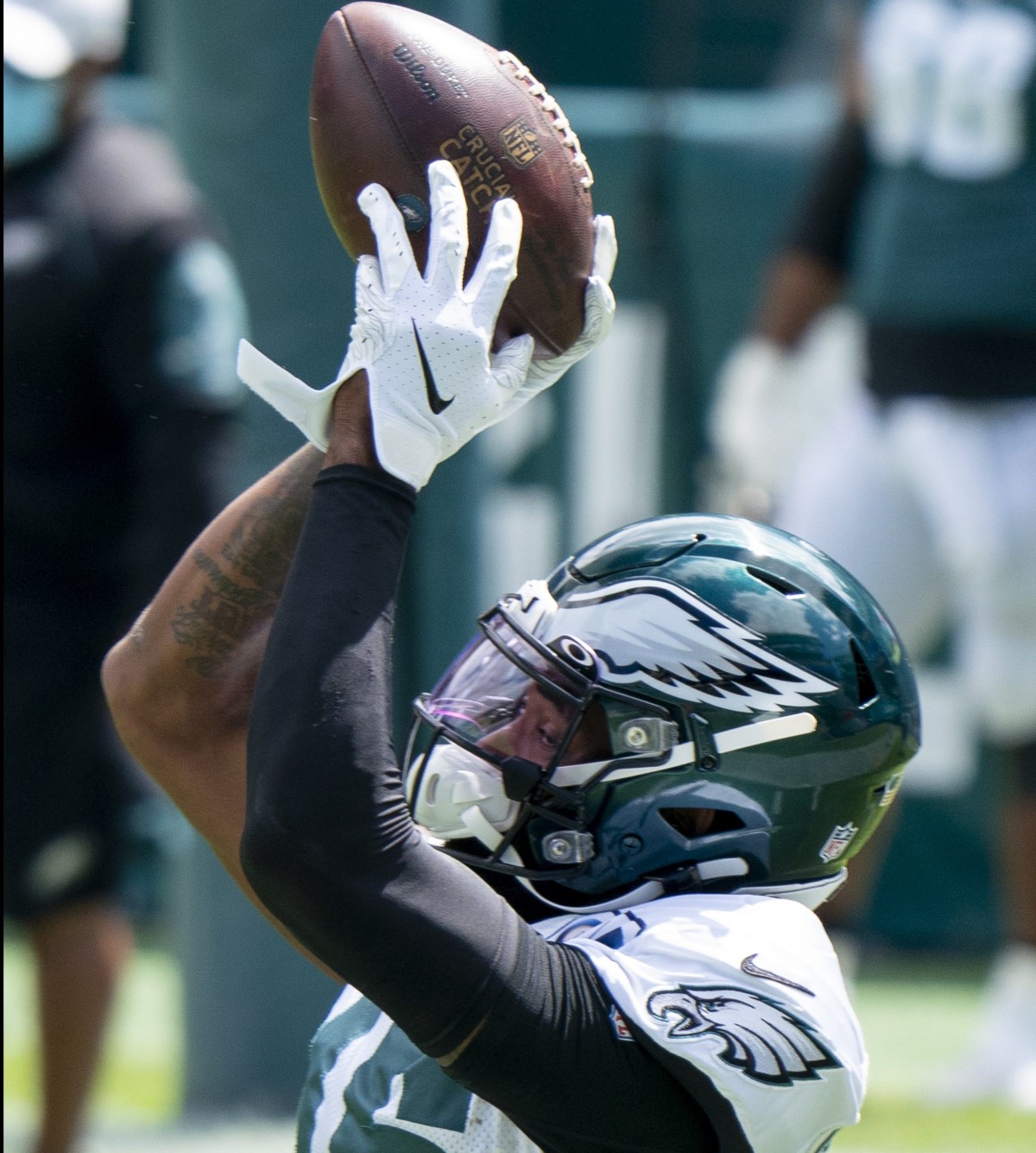 The Philadelphia Eagles will already enter the 2021 offseason almost $70 million over the salary cap and even with $24 million to roll over, the loss of revenue from fans not being in attendance will cost the franchise over $100 million as well.

With the Eagles needing to secure good players at value, one 2020 undrafted free agent could have a future opposite Darius Slay at cornerback. Michael Jacquet joined the Eagles after the draft on and last Sunday night, he quietly was one of the league’s most impressive rookies.

Jacquet played 38 snaps against Dallas, giving up zero catches along with four tackles and a pass defended. Pro Football Focus rated Jacquet as the fifth-best defensive rookie for Week 8 of the 2020 NFL season.

Jacquet, 23, spent the reduced offseason and training camp with the Eagles and made an impression before being one of the final cuts.

Jacquet (6-1, 203) is a former wide receiver who flipped to the defensive side of the ball for his last two collegiate seasons at Louisiana-Lafayette in 2018 and 2019.

An undrafted free agent, the Eagles signed Jacquet to one of their bigger deals and he has the size and athletics to find a place in Jim Schwartz’s defense. 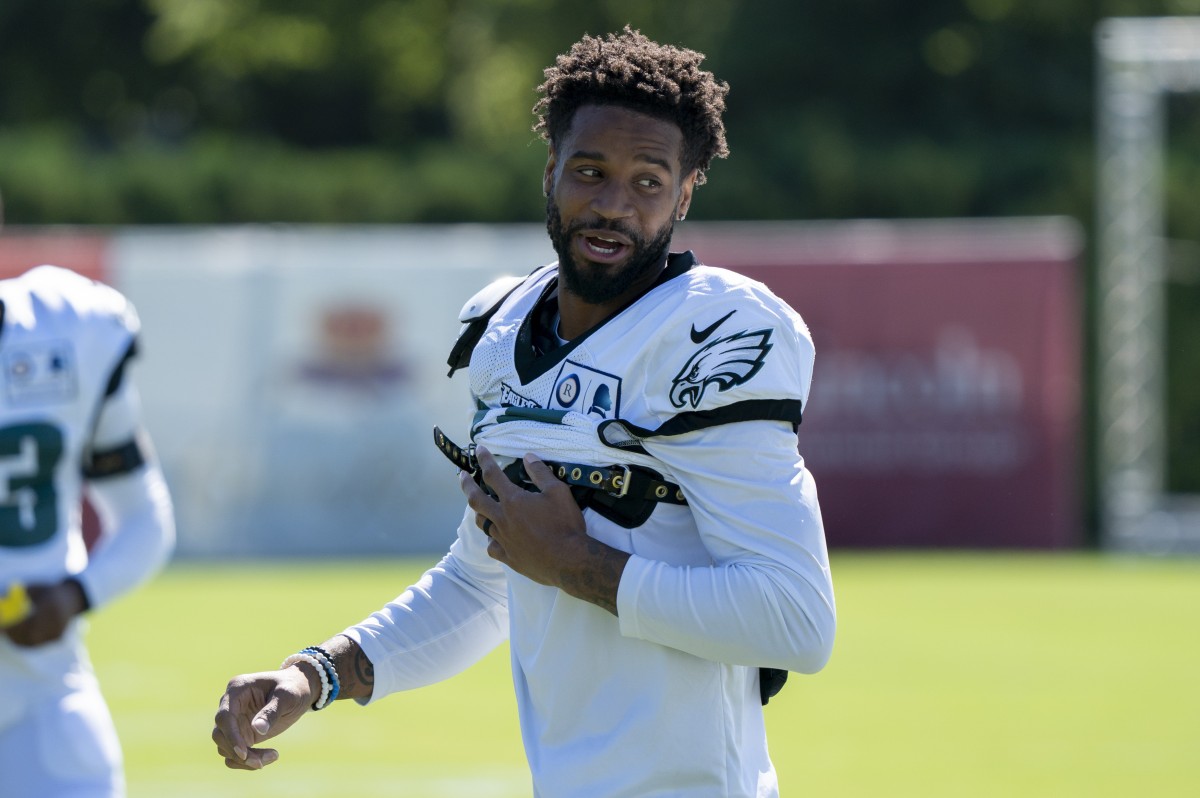 Darius Slay like so many athletes in the world today, grew up inspired by Kobe Bryant and his relentless work ethic. Bryant was an Eagles fan and after being traded to Philadelphia, Slay honored the late Lakers star by changing his number to 24.

Against the Washington Football team last Sunday, Slay warmed up in a black Bryant Lakers jersey. 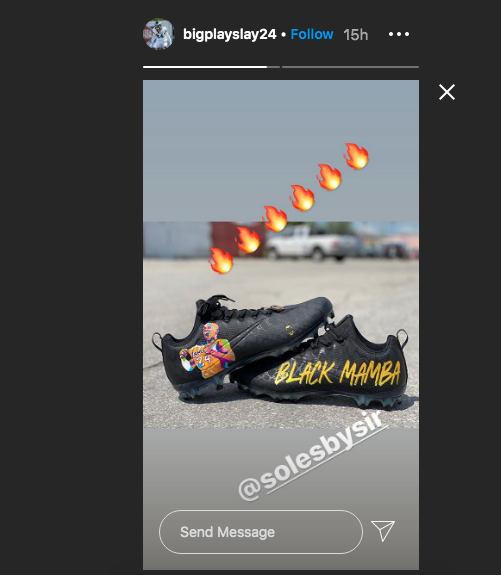 The shoe design is courtesy of Marcus Rivero, aka, ‘SolebySir’

For Slay, it was Bryant “doing anything and be willing to do anything to be great”. 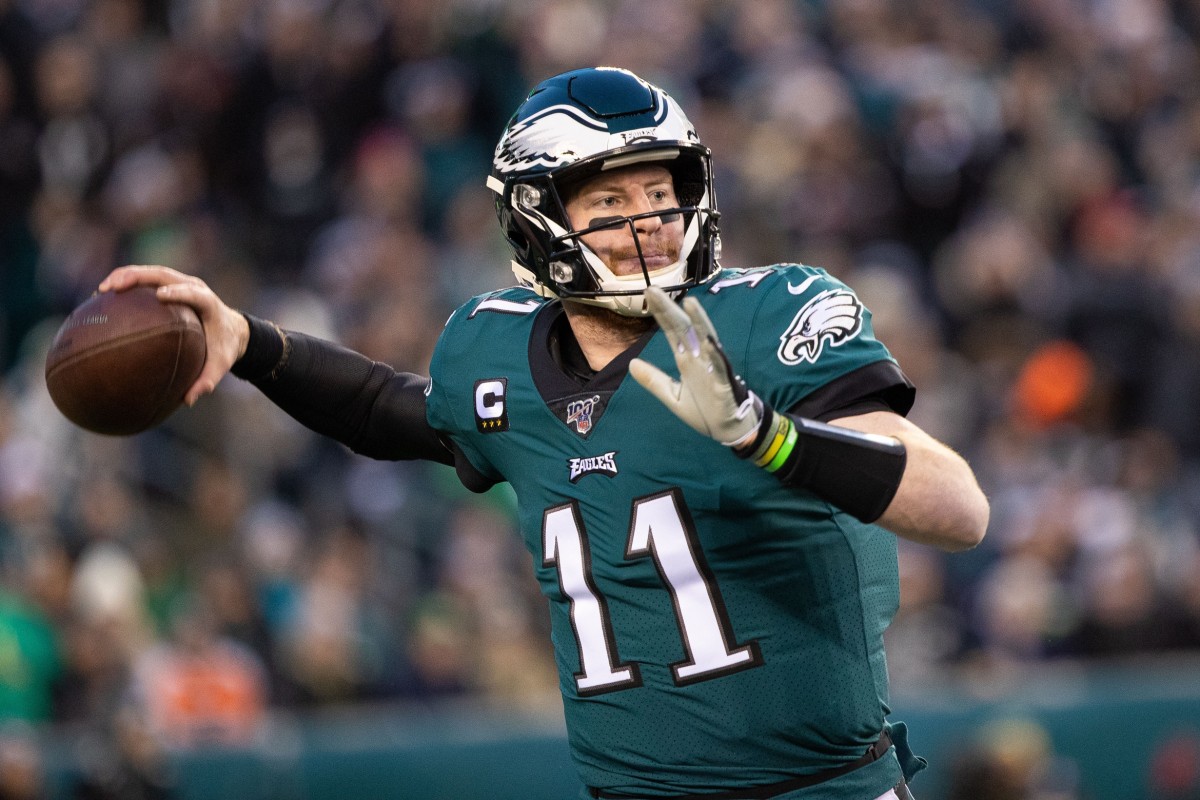 The Philadelphia Eagles will face the LA Rams at Lincoln Financial Field on Sunday and the Birds will pull out the Midnight green uniforms for the home opener.

Last season the Eagles had a losing record in the Midnight green top and white pants combo.