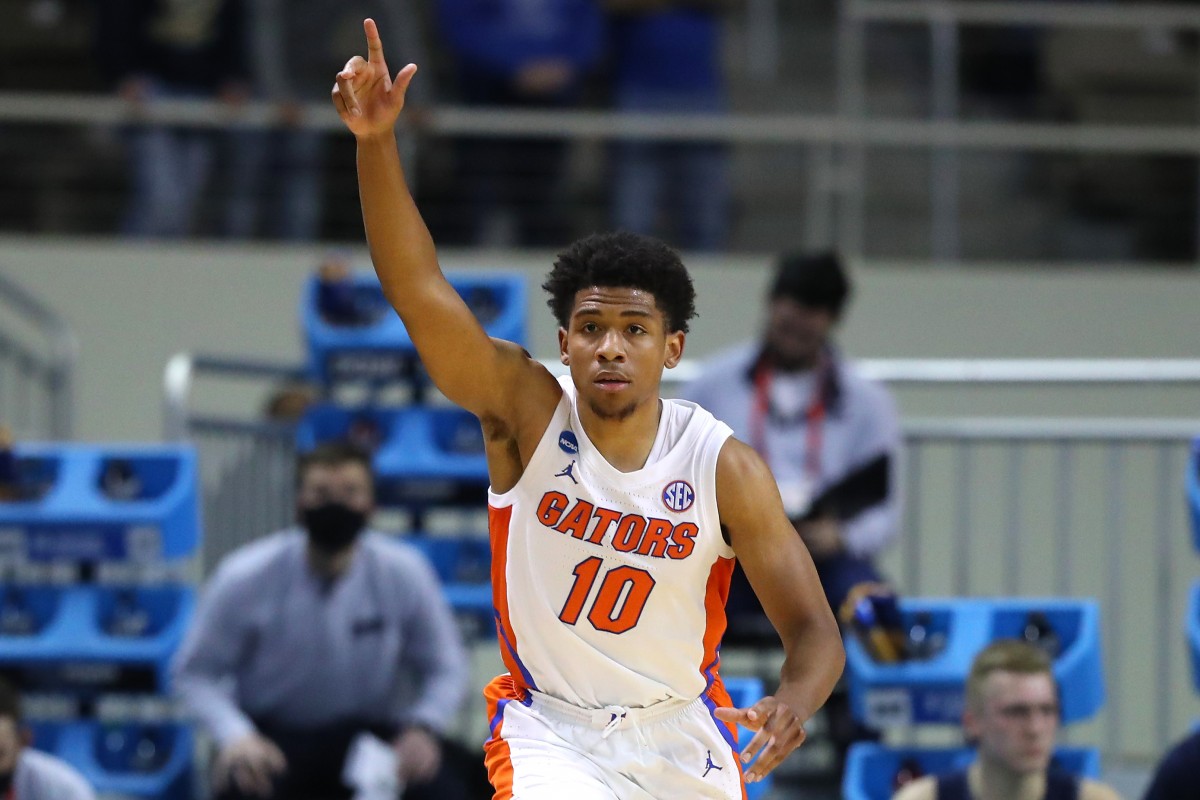 A third member of the Florida Gators basketball program is set to leave following a tough 2020-21 season.

For the second time on Thursday, Florida received news that a player was set to enter the transfer portal. First, it was sophomore point guard Ques Glover and now a few hours later, junior guard Noah Locke entered the portal per Jeff Borzello.

The news of the two transfers comes a few days after talented sophomore guard Tre Mann announced he was entering the 2021 NBA Draft.

The 6-foot-2-inch guard committed to Florida as a four-star prospect and the No. 80 player in the 2018 recruiting class. In three years with Florida, Locke averaged near 10 points a game in each season including 9.4 in is freshman year. He upped that production to 10.6 points per game as a sophomore and then 10.6 points again in his junior season.

Florida guard Noah Locke has entered the transfer portal, sources told ESPN. Big-time scorer in high school, averaged around 10 points per game each of the last three seasons for the Gators.

Additionally, Florida’s now-former assistant coach Jordan Mincy accepted the head coach position with the Jacksonville Dolphins on Wednesday, presenting an even deeper vacuum of talent left behind in the program that extends into the coaching staff.

With the departure of Locke, head coach Mike White will now have to fill three spots on the roster going into next season. He can look to the transfer portal to do so as it should be a wild offseason in terms of players leaving schools.