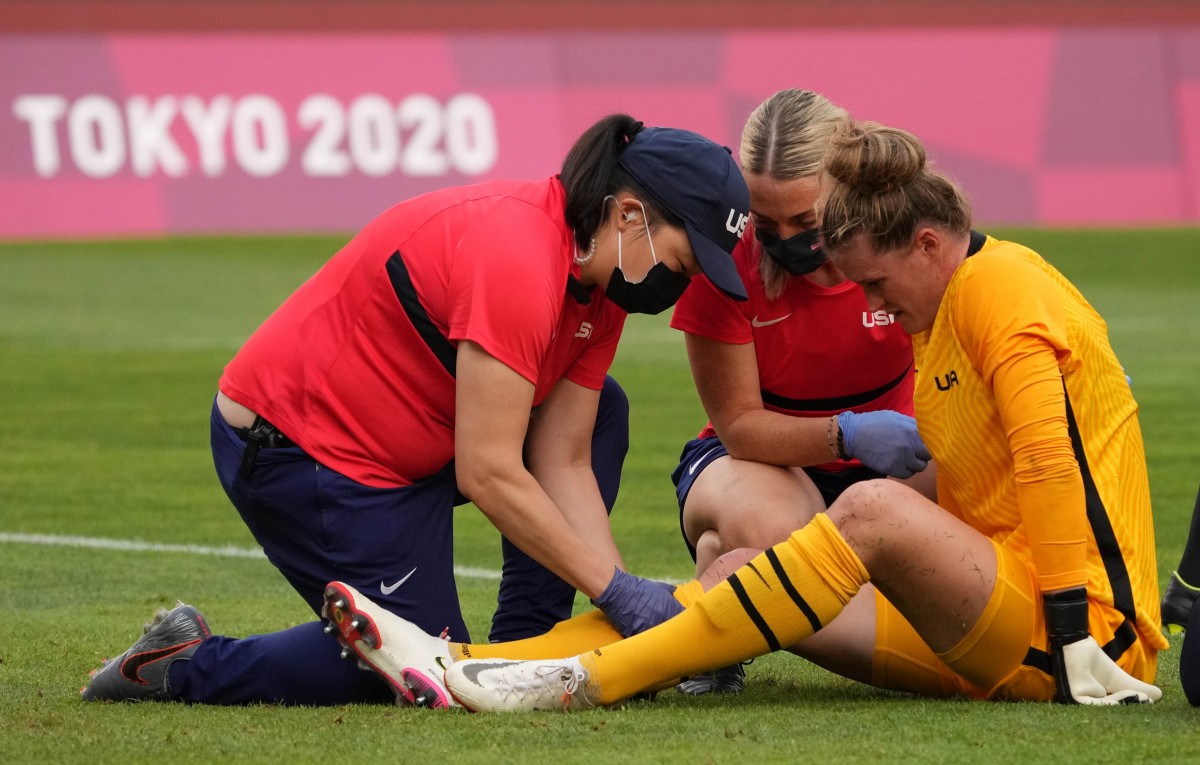 The United States women’s soccer team took on Canada in an Olympic semifinal in the early Monday morning hours on the east coast, and former Nittany Lion and US goalie Alyssa Naeher was unable to get out of the first half due to an apparent leg injury.

Around the 19-minute mark of the first half of a scoreless tie, Naeher collided with a Canadian player while going to grab the ball off a scoring opportunity. Naeher’s injury paused the action for roughly five minutes before she decided to give it a shot to continue playing on.

US goalie Alyssa Naeher goes down with apparent injury https://t.co/sF2YYXSoCC

However, after staying in goal for about five minutes, Naehler signaled to the United States bench to say she will not be able to continue playing in net.

Alyssa Naeher signals to leave after a goal kick https://t.co/0xoawKgPNc

Adrianna French came off the bench to replace one of Penn State’s finest in net for the Americans.

Warrior. We ❤️ you, @AlyssaNaeher!

Looks like Alyssa Naeher hyper-extended her leg, and her reaction says it all. Seems bad. After the game that Naeher had in the quarterfinal, to lose her would have to really hurt the #USWNT's confidence go forward. AD Franch hasn't played at all here in Japan, of course.

Naeher played a pivotal role in the United States women advancing to the semifinal by coming up huge in goal against the Netherlands in the quarterfinal round of the Olympic tournament in Tokyo.