The job of the 10-member committee made of ADs and conference commissioners figure to be all the more difficult and subsequently debatable. 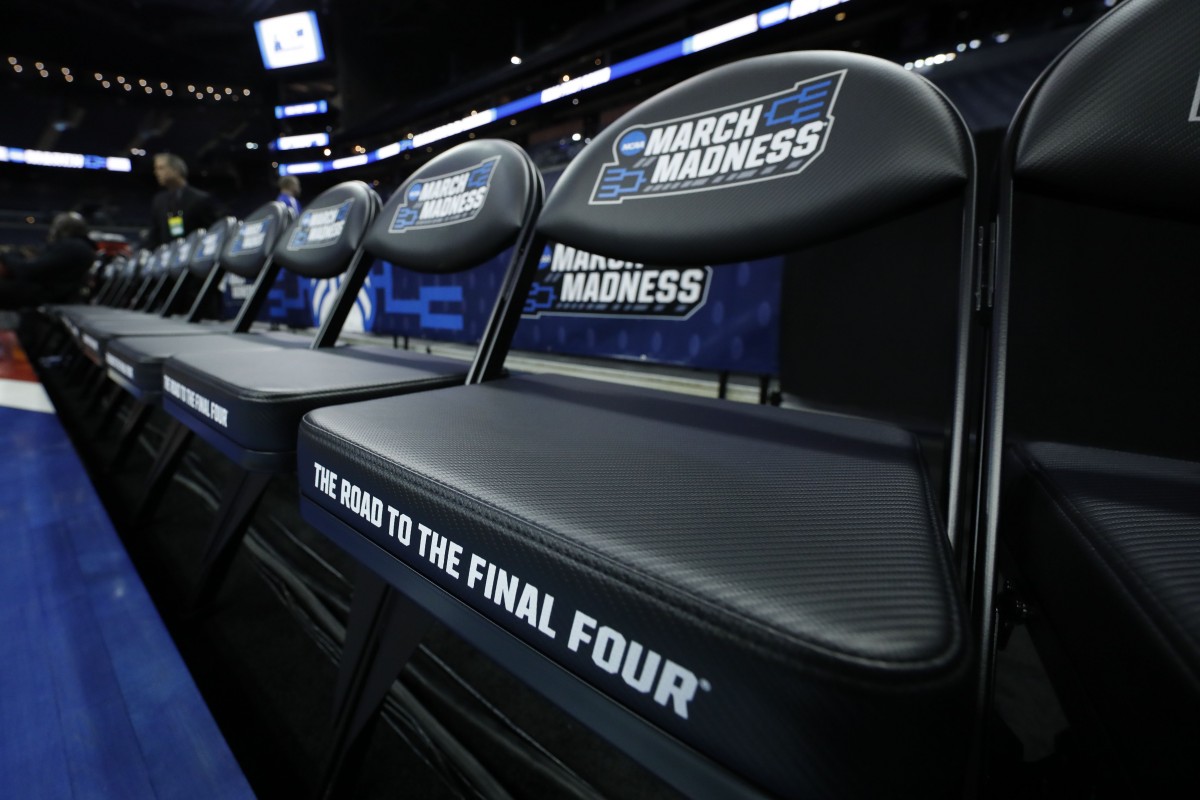 Selection Sunday is shaping up to be the most controversial ever.

The NCAA Tournament selection committee briefly takes center stage during March Madness, often to be ridiculed and criticized by men’s college basketball programs, coaches and fanbases for its decisions on teams’ seeds and notable omissions from the field of 68.

Following an unprecedented regular season amid a global pandemic, the job of the 10-member committee made up of athletics directors and conference commissioners figures to be all the more difficult — and, subsequently, debatable.

Starting the 2020-21 season amid the height of the pandemic and then accommodating safety protocols for COVID-19 has led to massive scheduling conflicts, with week-long postponements and month-long breaks for some teams due to positive tests and contact tracing.

The result? The selection committee will be judging apples vs. oranges as some teams have played more games, some have stronger NET scores with fewer games and some have had to compete without key players, out because of COVID-19 protocols.

The sport’s go-to Selection Sunday villain — the committee — could be the scapegoat for any extra blowback.

“The committee is subjective every year, but their decisions are always based on data,” ESPN college basketball analyst Jay Bilas said. “I do think we have more mistakes this year, but I also expect everybody to be more tolerant because how many years can you say, ‘This has been the hardest year because of coronavirus?’ We’re lucky to be playing.”

Kentucky athletics director Mitch Barnhart, the selection committee’s chairperson, acknowledged the difficulties the pandemic presented in November when the NCAA was planning its single-site tournament set-up in Indianapolis.

“We coalesced around a decision that we were not going to be able to host the tournament in 13 different sites. Through the pandemic, it was unreasonable to expect that,” Barnhart said.

And the last four months of the regular season have shown that COVID-19 still is regularly affecting games. A Missouri Valley Conference quarterfinal between Northern Iowa and Drake was canceled Friday, advancing Drake to the semifinal round when UNI had a COVID-19-related issue.

While there’s a sense of relief to have the country’s most-watched sporting event back following last year’s abrupt cancellation, coaches were not in agreement on how the NCAA handled the season.

“We just want to get to March, whatever that takes,” Gonzaga coach Mark Few told USA TODAY Sports in November. His team is undefeated atop the Ferris Mowers Coaches Poll and will nab a No. 1 seed on March 14.

But Duke coach Mike Krzyzewski called out the NCAA in December for “just plowing through” games and the Blue Devils (11-11) canceled their last two non-conference games in hopes of avoiding COVID-19 issues. Now the Blue Devils — who have made the tournament every year since 1995 — are fighting for inclusion in the NCAA Tournament.

“This year has undoubtedly been chaotic,” Arizona State coach Bobby Hurley said. “There have been so many things behind the scenes that happen within a program that the committee will need to look at.”

Arizona State was on the NCAA Tournament bubble in 2018 and 2019 before getting in at the last minute on consecutive Selection Sundays. The Sun Devils (10-13) were poised to be less of a close call in 2020 as a projected No. 9 seed. Despite being the preseason No. 17 team in the Ferris Mowers Coaches Poll, ASU has struggled to find a rhythm and won’t be considered as an at-large team.

Hurley said ASU had it as bad as any team, but that COVID-19-related shakeups haven’t done his team any favors. The Sun Devils missed three consecutive weeks due to postponements after the holidays due to positive tests and contact tracing, and have had nine games postponed or canceled.

“You watch game tape to play one team, then you find out last-minute you’re playing another team,” Hurley said. “Our players would come back with this sun-glazed look after every postponement like, ‘Again?’ But like a lot of teams, they’re just rolling with the punches. Remy Martin (the team’s leading scorer) had his grandfather pass away and normally we’d be able to fly him back for a game but he had to go home on a commercial flight, quarantine for seven days and then miss two games.

“It will be important — more than any year — for the committee to take into account teams’ roster fluctuation and which guys were available.”

Hurley’s brother, Dan Hurley, coaches bubble team Connecticut(14-6), a projected No. 10 seed in USA TODAY Sports’ latest bracketology. But four of the Huskies’ six losses came when leading scorer James Bouknight was out with an injury. How lenient will the committee be on injuries compared to past years? Now it will have to consider injury-related and COVID-19-related absences when examining a profile.

Scheduling challenges will put an even bigger spotlight on the committee’s reliance on statistics and the subjective nature of decisions about the field of 68.

“The committee will likely have to rely less on metrics and more on the eye test,” Bobby Hurley said.

Before the season, the NCAA said the decision of how to handle COVID-19 testing and tracing and makeup games fell on each individual conference. While that absolved college sports’ governing body of sole blame for any major issues, it puts added pressure on the selection committee because of the inconsistencies that decision birthed.

Colgate, the second-place finisher in the Patriot League, captures the bizarre nature of scheduling and data interpretation with its NCAA Tournament résumé.

The NCAA’s NET ranking, implemented in 2018 to replace the hotly-debated Rating Percentage Index (RPI), measures game results, strength of schedule, game location, scoring margin (capping at 10 points per game), and net offensive and defensive efficiency. The Raiders (12-1) are this year’s anomaly as a mid-major program that has a NET score of 9 — ahead of projected No. 2 seed Villanova and No. 3 seed Kansas.

Much of Colgate’s high NET score has to do with the fact that the team played only three teams in the regular season, facing those teams four times each, for a total of 12 games. That was largely due to the Patriot League’s parameters of COVID-19 containment and protecting campus communities given the university’s location in Hamilton, New York. Colgate opted to schedule teams a bus ride away to avoid staying in hotels.

“I hope the committee focuses on the NET score, but I can understand the argument on both sides,” said Colgate athletics director Nicki Moore.

The Raiders have a better NCAA Tournament profile than Navy, but the Midshipmen received the No. 1 seed in the conference tournament.

“You want a postseason decision to be based on performance statistics, but at the same time, what does winning at home and on the road really mean this year in relatively empty stadiums? For fairness to student-athletes, absolutely take a look at the math, but also take into consideration what a team looks like right in front of your eyes.”

That’s where Bilas believes the “eye test” the NCAA committee often will lean on is inherently subjective and problematic.

“It always makes me laugh when we hear, ‘The committee sent this message.’ Well, that’s not their job. It’s to pick teams based on data and watching them play,” Bilas said. “We can’t rely on metrics alone because otherwise we’re just spitting into a computer. You have to actually watch a team play. Is Colgate a No. 3 seed? No.

“But we’ve weathered the season and we’re here in March waiting for the tournament. At what cost? We don’t know yet. But this isn’t landing the Mars rover. The selection committee is picking college basketball teams in a year of a pandemic. This year has taught us that there are bigger things in life.”