Quinerly was Alabama’s leading scorer in the Crimson Tide’s two SEC wins last week averaging 18.0 points but is out with a medical condition 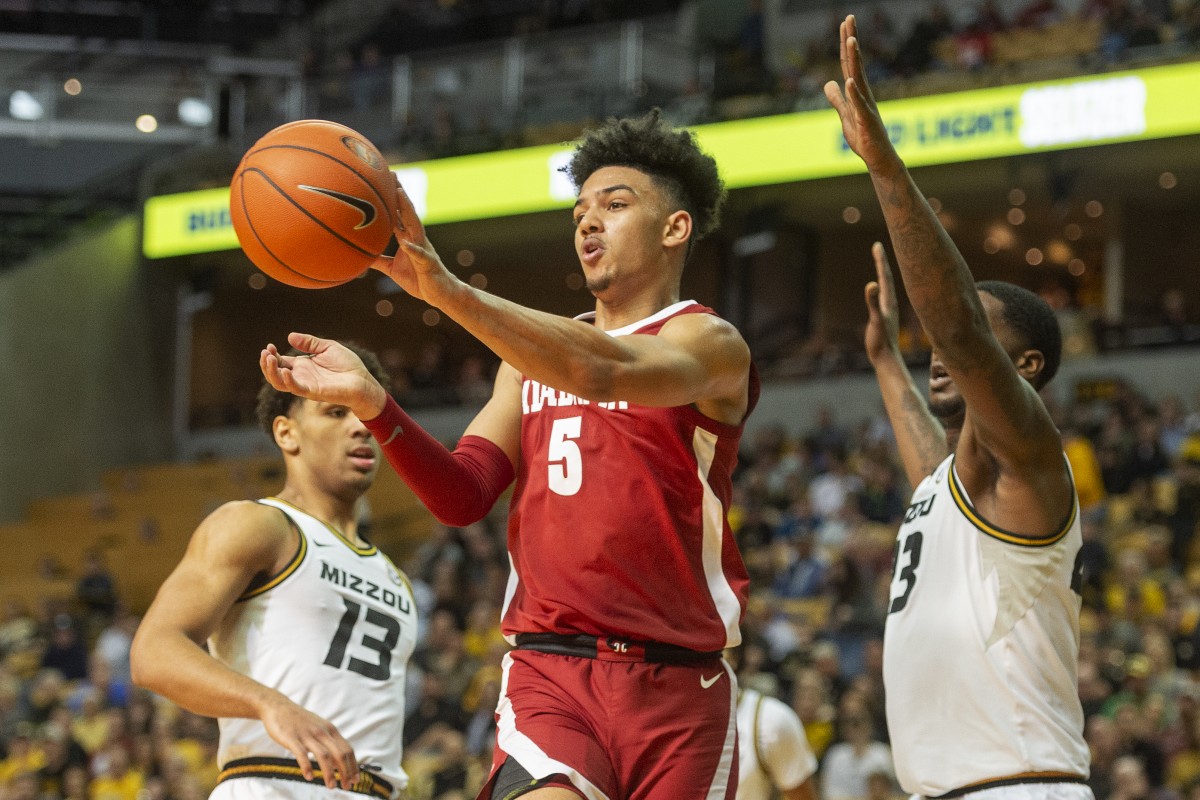 Editor’s note: This article was originally published by the Tuscaloosa News and has been republished in its entirety below.

University of Alabama point guard Jahvon Quinerly will miss tonight’s game against Florida, and possibly Saturday’s game at Auburn, due to a medical condition, according to a source familiar with the situation.

Quinerly was Alabama’s leading scorer in the Crimson Tide’s two SEC wins last week, averaging 18.0 points. The Villanova transfer leads the team with 3.4 assists per game and is tied for the team scoring lead with 13.2 points per game.

“He’s been playing great in the games, to be honest with you,” Alabama coach Nate Oats said on a Monday Zoom call. “We’re just trying to get him to lock in and be focused on the defensive side of the ball. I thought he was pretty good defensively against Tennessee. He was even better offensively. I think his offensive game hasn’t ever really been an issue this year.”

“I don’t know what we’re going to do yet,” Oats said when discussing the point guard position on Monday. “I think (Josh) Primo’s been really good, but Quinerly’s been great. We’ve kind of been playing back and forth between Quinerly and Herb (Jones) at the point. It’s kind of nice to have one of them on the bench so they’re not both starting together.”