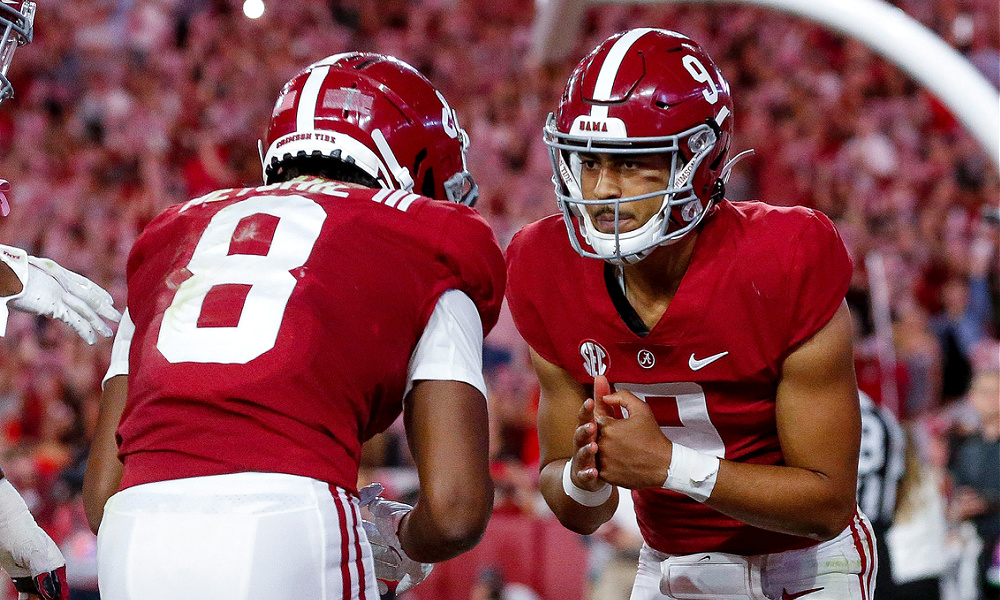 SEC college football predictions, schedule, game previews, lines, and how to watch for Week 13 of the season.

Tennessee vs Vanderbilt prediction, game preview, how to watch, lines, and why each team might – or might not – win this Saturday. 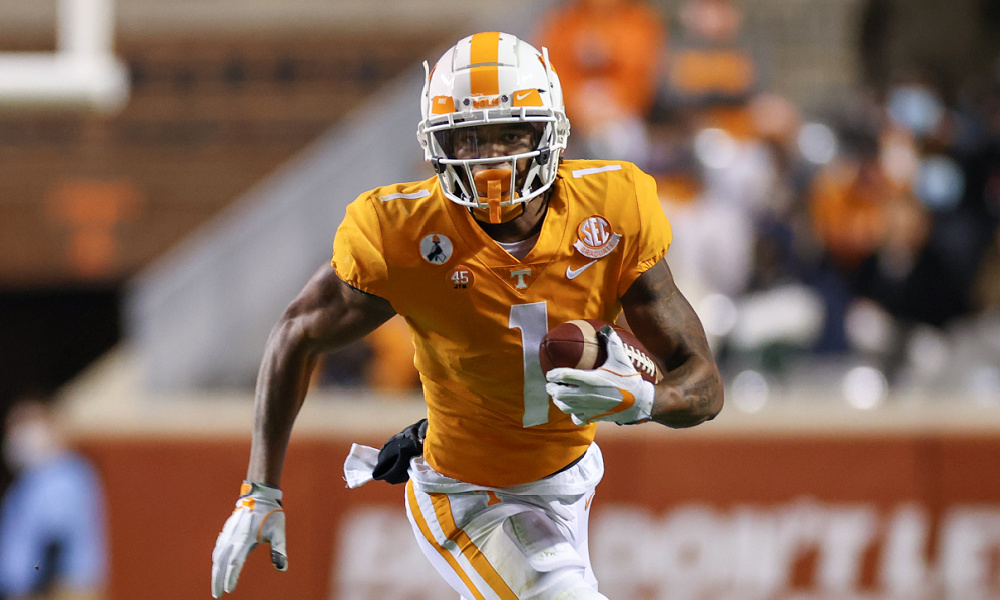 Tennessee vs Vanderbilt How To Watch

Why Tennessee Will Win

New Mexico is the only team in college football that scores fewer points than the Commodore attack that averages just over 15 points per game. When the Tennessee offense is humming, it seems like it can get that on one drive.

Even when Vandy’s attack is moving the ball – it did a nice job of balancing things out in last week’s 31-17 loss to Ole Miss – it’s not finishing things off with points.

There just aren’t enough third down conversions to keep things moving, but …

Tennessee doesn’t do much defensively to come up with third down stops.

Yeah, this has been a great first season for the Vols under head coach Josh Heupel, but the D is getting hit hard by everyone in the SEC.

Alabama, Georgia, and Kentucky all did what you’d expect them to do, but Kentucky had the most fun of anyone this season with over 600 yards in in the 45-42 Vol win.

Again, Vanderbilt showed last week that it could move things along just a little bit. The Tennessee offensive line gives up too many sacks, the attack holds the ball for about 24 minutes a game, and …

It punched its weight in losses to Missouri and Kentucky before getting by Ole Miss, it almost beat South Carolina, and last week’s Ole Miss game was at least competitive. Yeah …

Tennessee will score on its first two drives to get up fast, and it’ll coast from there.

5: The Times and Life of Shawn Carter: Official Video of JAY-Z’s 2021 Rock Hall Induction
1: “Why don’t we have Thanksgiving food the rest of the year?”

SEC Schedule, Game Previews, Predictions for Week 12, highlighted by Arkansas at Alabama, Florida at Missouri, and Auburn at South Carolina 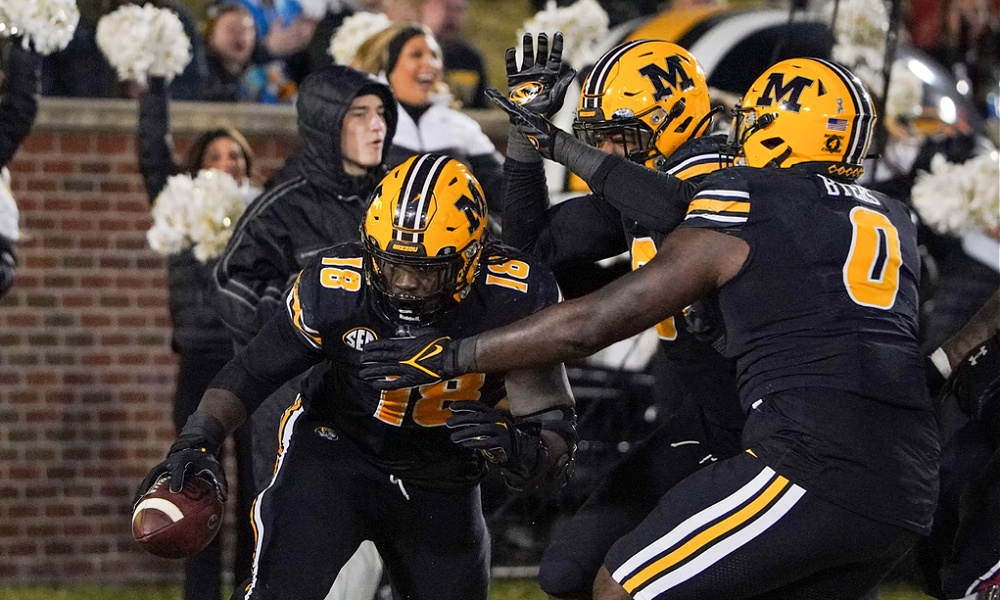 SEC college football predictions, schedule, game previews, lines, and how to watch for Week 12 of the season.

Ole Miss vs Vanderbilt prediction, game preview, how to watch, lines, and why each team might – or might not – win this Saturday. 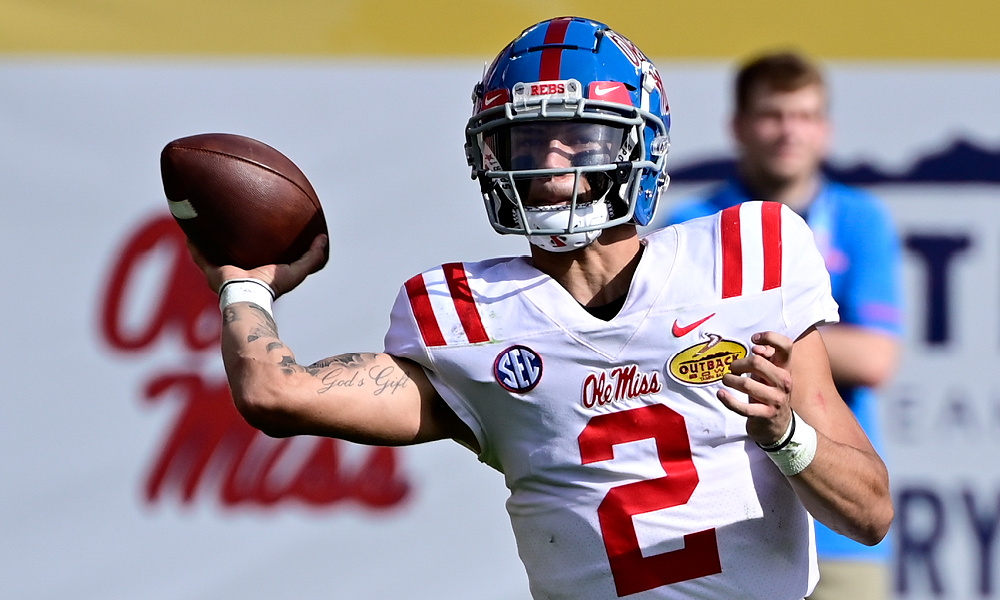 Ole Miss vs Vanderbilt How To Watch

Start running, get running, and don’t believe that the Ole Miss defense really is all that great.

The Rebels were able to stuff Texas A&M last week, but Liberty and Auburn ran well as part of a run of five games in six with the opponents hitting the 200-yard mark.

Vanderbilt might not have a consistent ground game, but it was able to crank up the production against Missouri and has to at least give it a shot.

Run, keep the turnovers to a minimum, try to control the clock a bit and keep Matt Corral off the field, and …

Why Ole Miss Will Win

The Ole Miss offense could put this away immediately.

Vanderbilt ran well against Missouri, and that’s been about it for the rushing production in SEC play. The passing attack doesn’t have the firepower to keep up – it hasn’t hit 200 yards in four of the last five games – but the defense is every bit as bad.

The Commodore D isn’t getting any help from the O, and vice versa. The defense allowed over 400 yards in every game against FBS teams and should get hit for at least 500.

Vanderbilt will be plucky.

Ole Miss is a bit banged up, it’s coming off a big win over Texas A&M, and it has to play Mississippi State in the Egg Bowl a few days later. The dream will be to get this done in the first quarter, sit Corral and company as soon as possible, and get ready for the showdown.

The Commodores will score just enough to make Ole Miss try deep into the second half, and then the explosion will come. 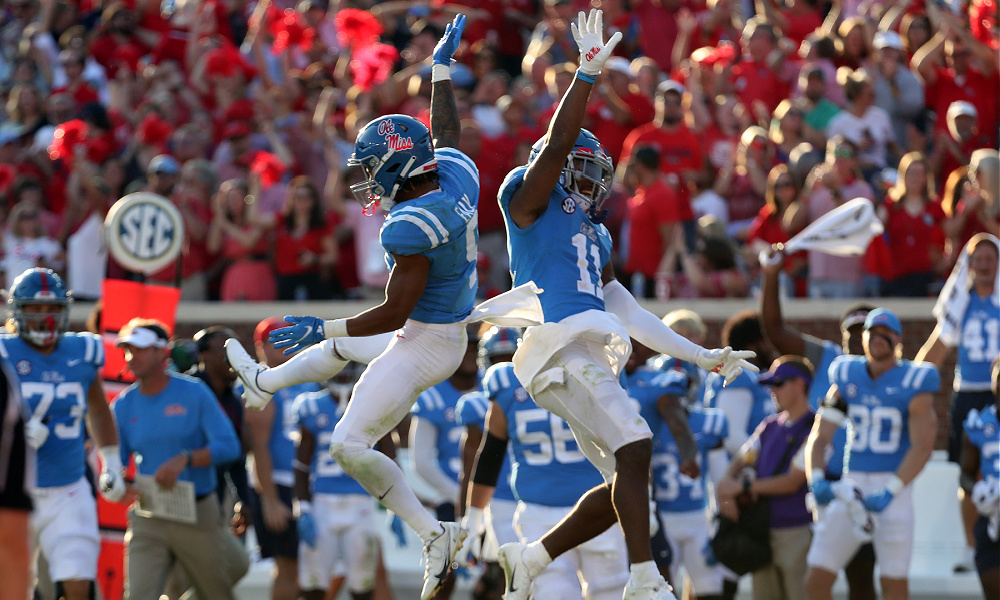 SEC college football predictions, schedule, game previews, lines, and how to watch for Week 11 of the season.

Kentucky vs Vanderbilt prediction, game preview, how to watch, lines, and why each team might – or might not – win this Saturday. 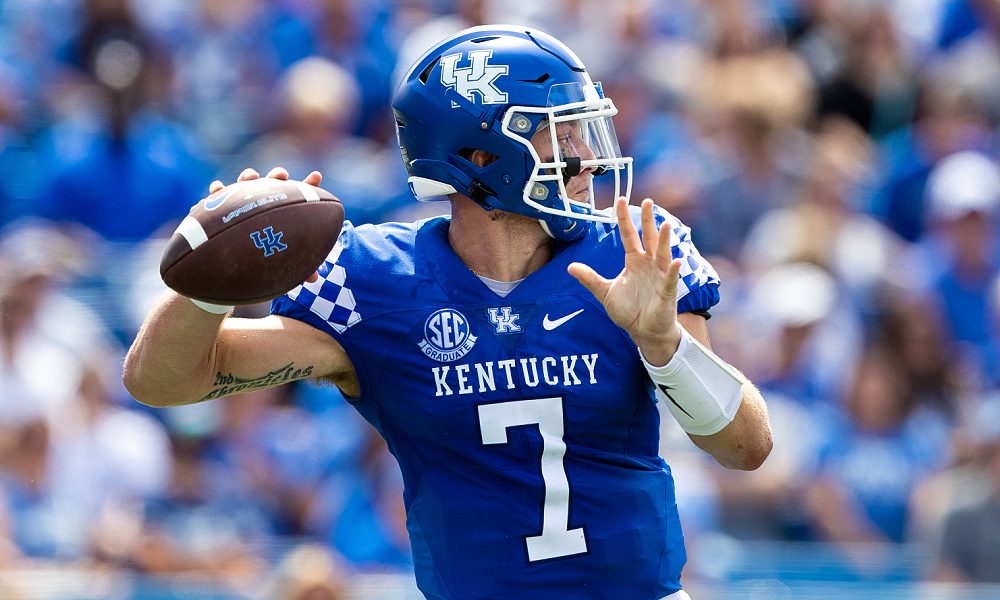 Kentucky vs Vanderbilt How To Watch

Why Kentucky Will Win

This has been an offensively challenged team all year – it’s 128th out of 130 teams averaging just under 15 points per game – with no downfield passing game and not enough positive plays on third downs.

Kentucky is great at keeping things going – it’s strong on third downs – it usually makes teams play its style, and it has the ability to dominate the time of possession battle.

Vanderbilt won’t have the ball all that often, and it’s going to be pressed to take advantage of the opportunities when it does. That’s when the turnovers will come. However …

Kentucky has the right style to match up with Vanderbilt does.

The Wildcats tried to keep up in the firefight with Tennessee last week in the 45-42 loss, and they showed they had the offensive pop to do it. That’s not its style, though.

The goal is to keep this slow, slug it out in a controlled game without a ton of mistakes and with a big day on the ground, but UK doesn’t take the ball away and it’s a tad hit-or-miss with the rushing attack.

Vanderbilt will want and need to keep this in the 20s, and Kentucky will oblige.

The Commodores have had two weeks off to rest up, and they needed it after giving up well over 1,000 yards of total offense to Mississippi State and Missouri.

They’re not going to give up 500 yards to the Wildcats, but they’ll be run over for close to 200 yards as they have problems on too many third downs.

Kentucky has a whole slew of flaws, and it can be pushed by a good passing team. That’s not Vanderbilt.

This won’t get ugly, but every time it seems like the Commodores have a shot to get in the game, they won’t. 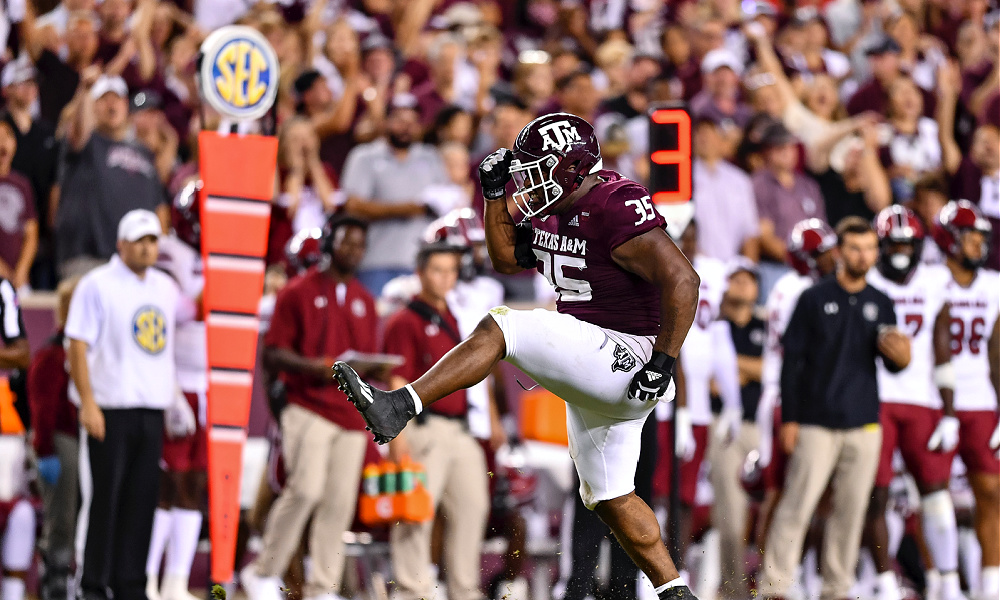 SEC college football predictions, schedule, game previews, lines, and how to watch for Week 10 of the season.

SEC Schedule, Game Previews, Predictions for Week 9. Florida vs Georgia, Ole Miss at Auburn, Missouri at Vanderbilt, and Kentucky at Mississippi State how to watch, lines, and why each team will – or won’t – win. 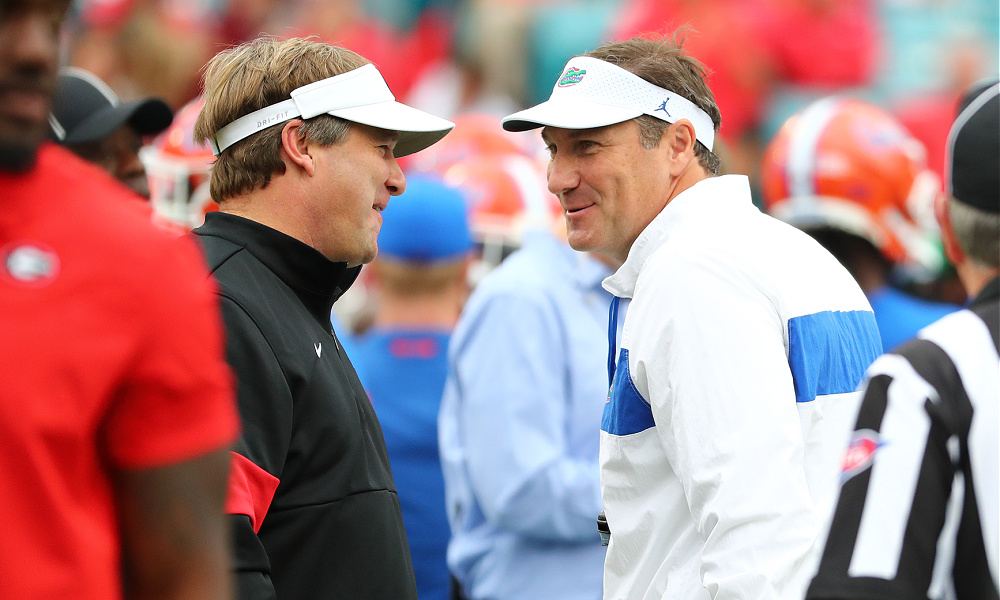 SEC college football predictions, schedule, game previews, lines, and how to watch for Week 9 of the season.

Missouri vs Vanderbilt prediction, game preview, how to watch, lines, and why each team might – or might not – win this Saturday. 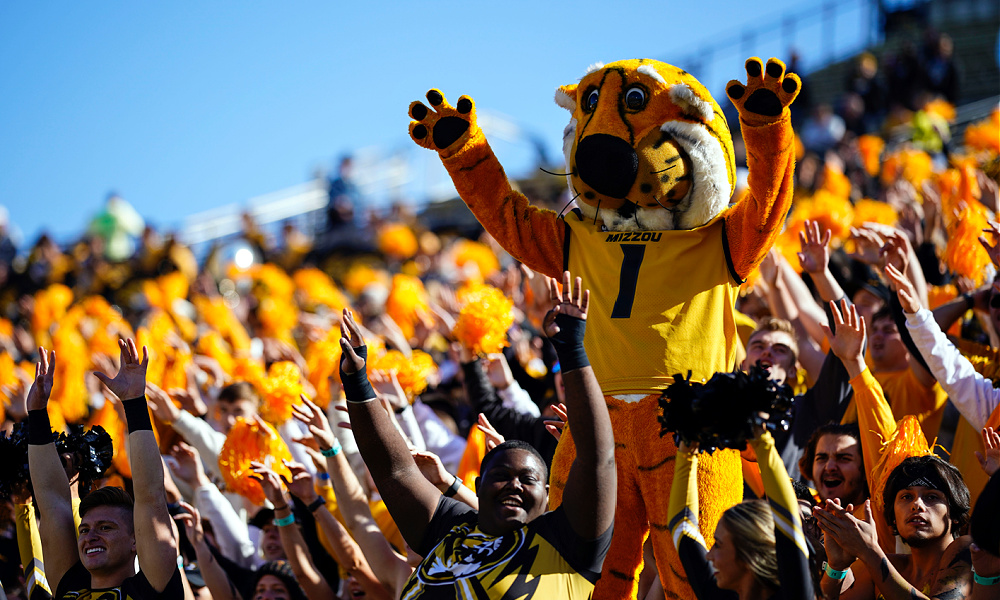 Missouri vs Vanderbilt How To Watch

Why Missouri Will Win

It’s dead last in the nation in averaging just 13.2 points per outing whether it needs them or not.

The team is able to battle from time to time, but it has yet to score more than 20 points in any SEC game and scored six or fewer in three of the four.

Missouri has its issues, but it’s got the versatility to move the ball however it wants. It ran well against North Texas, it threw just fine against Tennessee and Boston College, and any sort of a scoring burst might be too much for this struggling Commodore attack to overcome.

The Tigers are dead last in the SEC in total defense, second-to-last in the nation against the run, and there are a whole lot of problems getting off the field – offenses are allowing teams to hit close to 50% of their third down chances.

No, Vanderbilt’s offense isn’t anything special, but it has to try running and keep hammering away no matter what – things will eventually open up.

The Tigers have allowed 275 yards or more on the ground in five of their last six games, with North Texas the only team that didn’t get there and bombed away for over 300 yards.

This is one game that Vanderbilt has a real shot at winning in SEC play.

It’s at home, Missouri really, really doesn’t do anything on defense, and …

Nah. Mizzou has had two weeks off to rest up from the loss to Texas A&M, the offense should be able to get the passing attack going against the shaky Commodore pass D – it’s the worst in the SEC – and the defense will finally come up with just enough stops to get by.

SEC college football predictions, schedule, game previews, lines, and how to watch for Week 8 of the season. 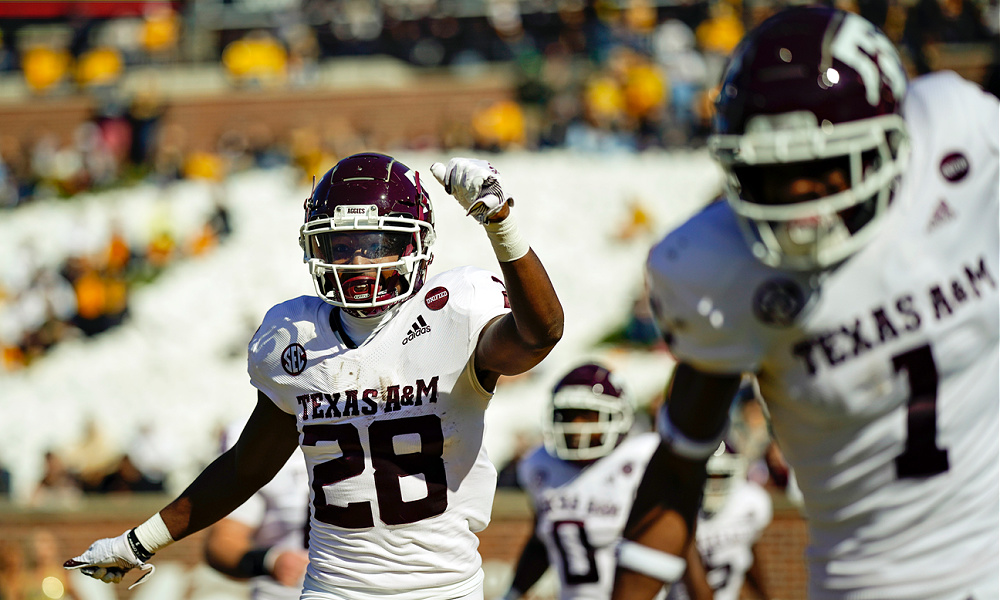 SEC college football predictions, schedule, game previews, lines, and how to watch for Week 8 of the season.