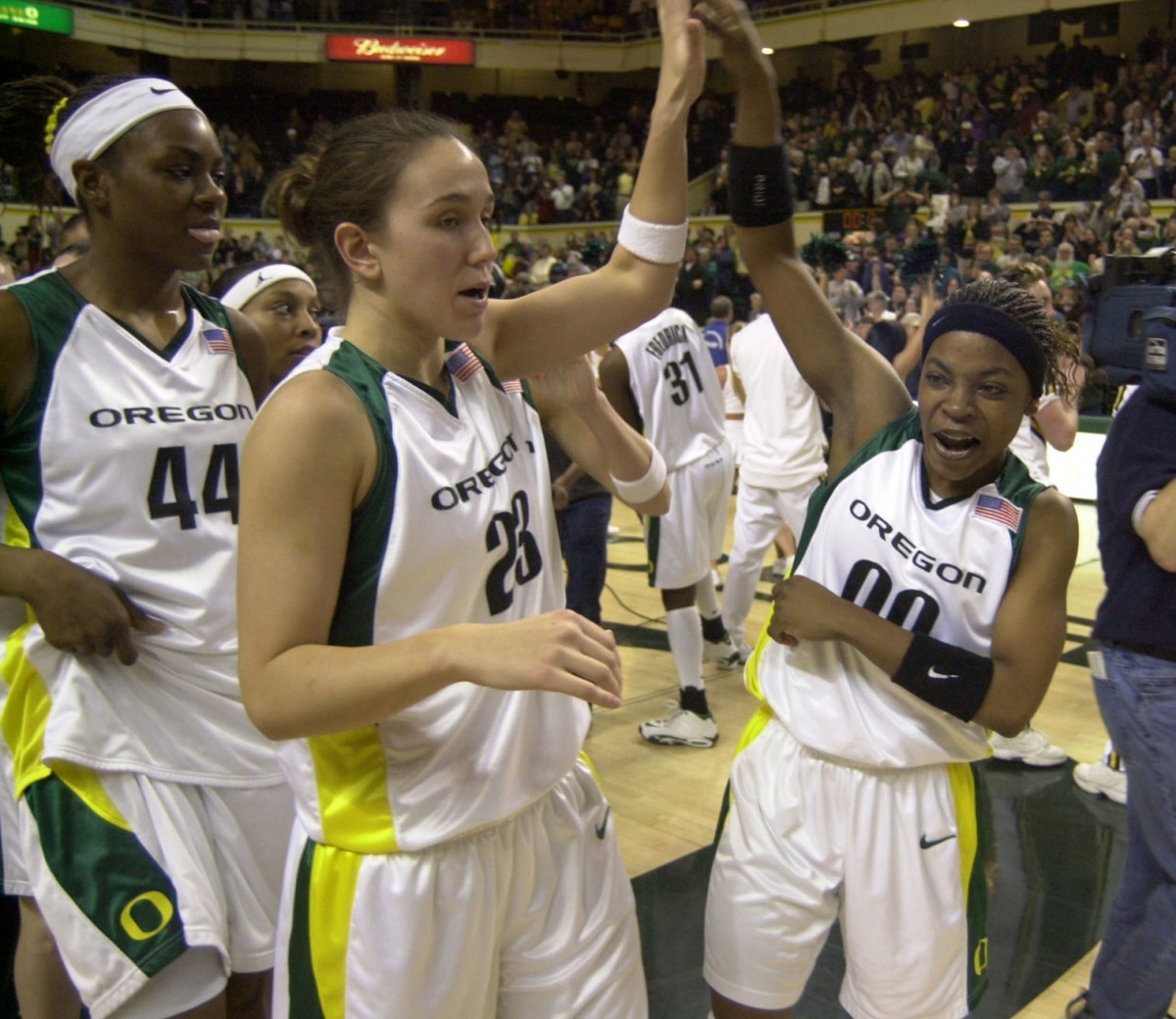 The Portland Trail Blazers continue to fill out the coaching staff behind controversial new head coach hire Chauncey Billups, and the latest addition has some ties to the team’s home state.

Edniesha Curry will become the first female assistant coach in Blazers history, about 20 years after she spent her final collegiate season with the Oregon Ducks.

Curry made a strong impression in her lone year in Eugene, earning all-conference honorable mention honors and helping to lead Oregon to an NIT title during the 2001-02 season.

Curry went on to play professionally in the WNBA and overseas for about a decade.

Since then, Curry has served as an assistant coach at the University of Maine, first with the women’s program from 2015-2017 and starting with the men’s team in 2018 – after working with the NBA Assistant Coaches’ Program and coaching in Vietnam, China, Israel, and Palestine.

“She is extremely talented at developing players, especially within the context of defensive and offensive systems,” said Maine head coach Richard Barron, who also praised her scouting and video ability.

Curry joins Billups’ staff after the team opted to hire the longtime NBA point guard over other, more experienced candidates – notably San Antonio assistant coach Becky Hammon, who is vying to be the first female head coach in league history.