Make sure you know which player pitfalls to avoid in 2020 fantasy football drafts. 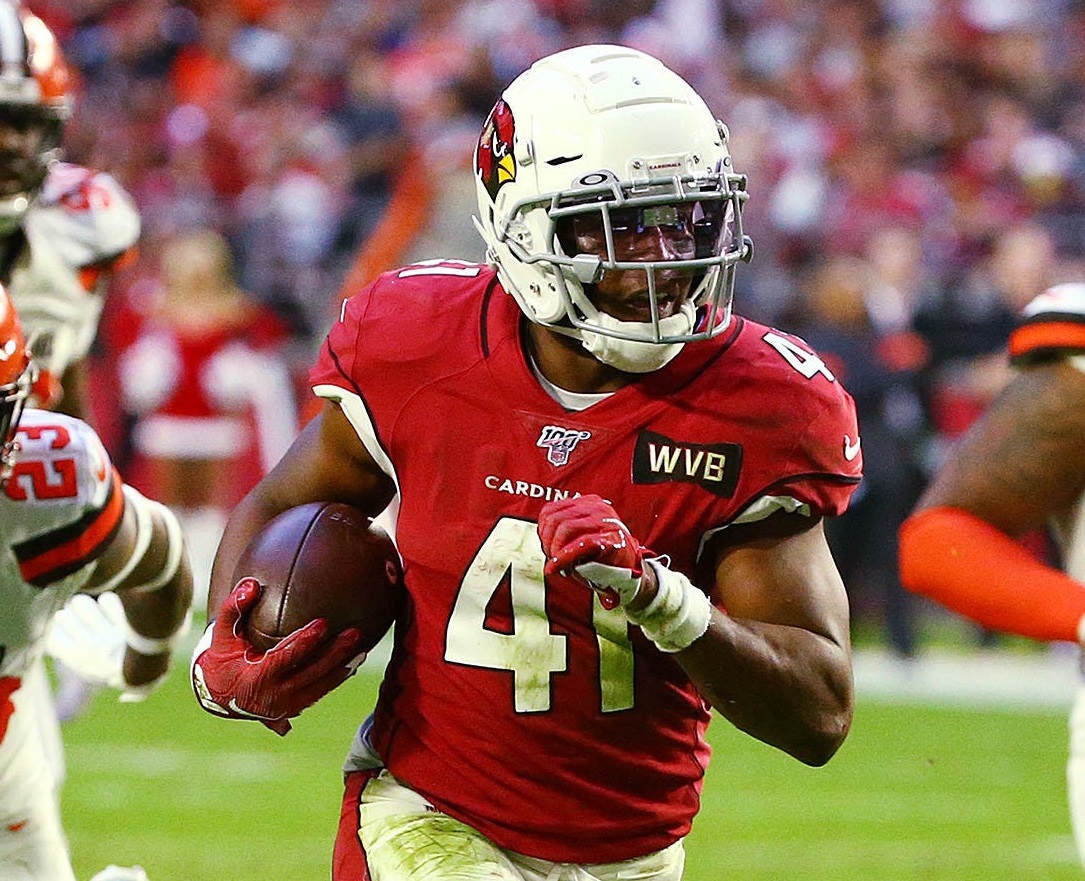 It’s rare that a normally selected player should be entirely avoided in fantasy football drafts, because at the right price, risk is mitigated. However, some guys just don’t warrant inclusion on 16-man rosters. Fantasy football gamers also need to be aware of players who are going much earlier than warranted.

This piece highlights some of the more commonly drafted players whose selections may cause headaches.

How much confidence can even the most ardent supporters of Wentz have in his ability to stay on the field? How about the durability of his receiving corps? There’s little chance the entire cast of wideouts will suffer through as many injuries as last year, but Alshon Jeffery and DeSean Jackson have been brittle their entire careers. Rookie WR Jalen Reagor is rather raw and may not have any sense of a conventional offseason program this year. Then there’s the concern of Andre Dillard at left tackle after his disastrous rookie year. At Wentz’s best, he has been a midrange QB1, which is entirely possible if all goes smoothly, but trusting him as a starter is going out on a thin limb. Should he be your starter, back up Wentz with a bona fide QB1 — a move that ties up two picks for what exactly?

It wouldn’t be fair to hold an ankle sprain against Jones, but it is also imprudent to outright dismiss the idea that he could be at least an elevated injury risk. The term “bust factor” is applicable. This isn’t to say Jones will fall flat on his face, but it’s the Giants’ offseason system changes could cause him to take a step backward. In 2019, he exceeded expectations. Throwing out his four pass attempts from Week 1, Jones produced 145 fantasy points in his four best games and 141 points in his eight other appearances. Only one of those contests resulted in a total of more than 20 fantasy points, and he failed to account for multiple touchdowns in seven of those eight games. Learning a new offense on the fly is more challenging than ever, due to the virus eliminating on-field practices. Despite erratic results likely in the cards again, Jones’ year-end results may creep into the QB1 territory; inconsistency is a killer in weekly head-to-head formats.

Allen finished as QB9 in his second pro season, and the addition of wide receiver Stefon Diggs has many a fantasy gamers drooling at the idea of what could be in 2020. A closer look at Allen’s 2019 season shows a quarterback who hasn’t thrown for more than 266 yards in any game of his pro career, and his ’19 completion percentage was still only 58.8 percent. On a per-game basis, he didn’t even improve upon his rookie season in terms of fantasy points generated (since he played only a few snaps in Week 17, his playoff game was substituted). In nine of his regular-season starts, Allen failed to throw for multiple touchdowns, and two of those outings resulted in goose eggs. He falls to No. 18 when rushing scores are removed for all quarterbacks — by far the biggest drop from any QB in the top 12. Over the last 10 seasons, only Cam Newton ran for more scores in a single year than Allen’s nine, and the last time Cam led the NFL in QB rushing scores, he followed it up with 50 percent fewer the next year. Long story short, unless Allen becomes considerably better throwing the ball, he’s going to remain overly reliant on a volatile statistic.

In 11 games last year before his explosive conclusion, Drake ran for 454 yards and a lone score. He registered 123.9 PPR points. In the Weeks of 15-17, Drake shredded two of the worst defenses against the run and beat up on a Seattle unit that finished in the middle of the pack. Those trio of contests resulted in 363 rushing yards and seven scores, good for 90.3 fantasy points and representing 42 percent of his entire season’s output. First of all, that pace isn’t sustainable. Secondly, the addition of WR DeAndre Hopkins means this offense is going to continue to air it out and at an even higher rate. Part of the reason why Drake saw so much work down the stretch was due to the passing game’s struggles. In Year 2 of this system, the training wheels will come off for Kyler Murray — whose legs are a threat to Drake. Don’t buy the hype of the former Dolphin as a No. 1 running back.

Montgomery was a fantasy draft darling last summer, and his weekly inconsistency was disappointing. Not enough has changed in his favor to suggest the second-year back will automatically turn it around. He loses third-down work to Tarik Cohen, and the overall passing game stands to see improvement. Quarterback Mitchell Trubisky just isn’t good enough to keep defenders out of the box, and neither is backup Nick Foles. Montgomery ran for more than 86 yards only twice, and one of them came in Week 17. Ten of his appearances found him averaging fewer than 4.0 yards per carry, including eight with an average of 3.0 yards or below. The offensive line is a major concern and wasn’t addressed in the offseason but for a pair of seventh-round picks. Last year’s RB24 in PPR was a lineup killer most of the season and benefited from a rather pedestrian year by the position, as well as a boost from four efforts of at least 15 fantasy points (nine single-digit games).

Taylor’s ADP is inflated early on due to a lack of separation in the charts from dynasty leagues still going after the draft. Don’t misconstrue his inclusion in this list as anything negative about Taylor’s talents. He’s the best back on this roster. That said, he’s also a rookie coming into a fairly complex NFL offense without rookie minicamp, OTAs, and possibly a traditional training camp. The Colts have a capable back in Marlon Mack, whose upside was capped last year by the limitations of Jacoby Brissett. Moving to Philip Rivers should help immensely in keeping defenses from stacking the box. In the early going, Taylor could struggle to see the field enough to matter on a weekly basis, and he’s unlikely to see third-down reps with Nyheim Hines having that role locked down. Mack is injury-prone, so there’s always the chance Taylor finds a major role via this route, but drafting him as anything more than an RB4 is taking a leap of faith that could cost gamers dearly.

One of the streakiest players at his position, Diggs runs hot and cold like few others. Last year, he showed his mouthy side when the ball wasn’t coming his way as much as he wanted — something we could witness again due to limitations in the system and from his developing QB. It’s hard enough changing teams, but doing so in the midst of a pandemic is unprecedented. It begs the question about whether Diggs will struggle to build chemistry with his new quarterback, one whose career high in passing yards through two seasons is a laughable 266 yards. Josh Allen has a monster arm but is still trying to put it together as a quarterback — and we haven’t really seen enough maturation from him through two seasons to consider a big jump forward as being a certainty. Diggs is talented enough to inconsistently make his way to WR2 status by year’s end, but that roller coaster may make even seasoned gamers dizzy by the end of it all.

A borderline sixth-round pick for receiver who didn’t even play last year, is entering his age-32 season, and has a rookie quarterback trying to navigate a pandemic? No thanks. Green played in only nine games in 2018, and he missed six games in 2016. It would be one thing if Green was recovering from an upper-body injury, but a busted wheel on a receiver north of 30 is scary. Eleven different lower-body injuries have put him on an injury report since Week 5 of 2012. There’s not enough upside in his game to warrant a draft placement over some of the younger, more explosive weapons currently going behind him in ADP results.

In 2019, Anderson caught two touchdowns in his first nine games and then went on the upswing, logging four scores in his next six games. He has been consistently streaky in the last three years, going stretches of at least five games in both 2017 and ’18 without finding the end zone. He finished fast in the last two years, but it was the opposite in ’17, and now he joins a Carolina offense that has so many weapons around him but a sketchy quarterback situation. Teddy Bridgewater is merely a game manager, as we saw last year in New Orleans’ powerhouse offense. The Panthers’ newest receiving asset is a downfield threat but with that comes erratic production. Despite being the No. 1 receiver in New York the last three seasons, Anderson has only two total games with more than seven catches and 24 contests with three or fewer receptions. Since “bust” is relative to expectations, at a minimum, take this as a warning to understand what you’re getting in return.

The 2019 first-round pick’s season started off on the wrong foot — err, ankle — after a sprain derailed his preseason and cost him nine games. With a partial first season now under his belt, Harry faces more adversity after Tom Brady defected for the Tampa Bay Buccaneers. Quarterback questions abound, it’s a safe bet the Pats will rely heavily on the ground game. Given a first-place schedule, a tremendous degree of uncertainty at quarterback, and a likely low-volume aerial attack, just how much can one reasonably expect from Harry? He’s not being drafted as more than a late-round gamble, thankfully, so most gamers already get it.

Dynamic when on the field, it’s tough to get on board with drafting Engram as a TE1 at this point. He’s living off of a huge rookie season and has played progressively fewer games since his 2017 breakout year. The Giants also have a new coaching staff, and while offensive coordinator Jason Garrett’s system has been favorable for the position before, Engram still has to learn it during this wonky offseason. Then there’s the issue of the Giants having so many other outlets for Daniel Jones, ranging from Saquon Barkley grabbing passes from the backfield to a trio of capable receivers in Golden Tate, Sterling Shepard and Darius Slayton. Engram currently is being drafted ahead of Hunter Henry, Jared Cook and Austin Hooper — all at least as risky with as much or more to like. Unless you’re rostering Engram at a cheap price and still able to bolster tight end depth without sacrificing significantly elsewhere, he’s better left to be a headache for someone else.

This one really could go either way. Gronk took off a year and said he feels great. He also lost a ton of a weight in his season away, and Gronkowski never was a stranger to the injury bug in New England. The Buccaneers have so many weapons on any given play, and the Bruce Arians system hasn’t been the friendliest to tight ends throughout the years. That said, if Gronk is Gronk, and Tom Brady is Tom Brady, gamers are going to enjoy the ride … just understand how much risk you’re assuming along the way. These two may not pick up where they left off.