Florida’s center is having a breakout season in his first year as a transfer from Michigan. He now joins an exclusive list of UF players. 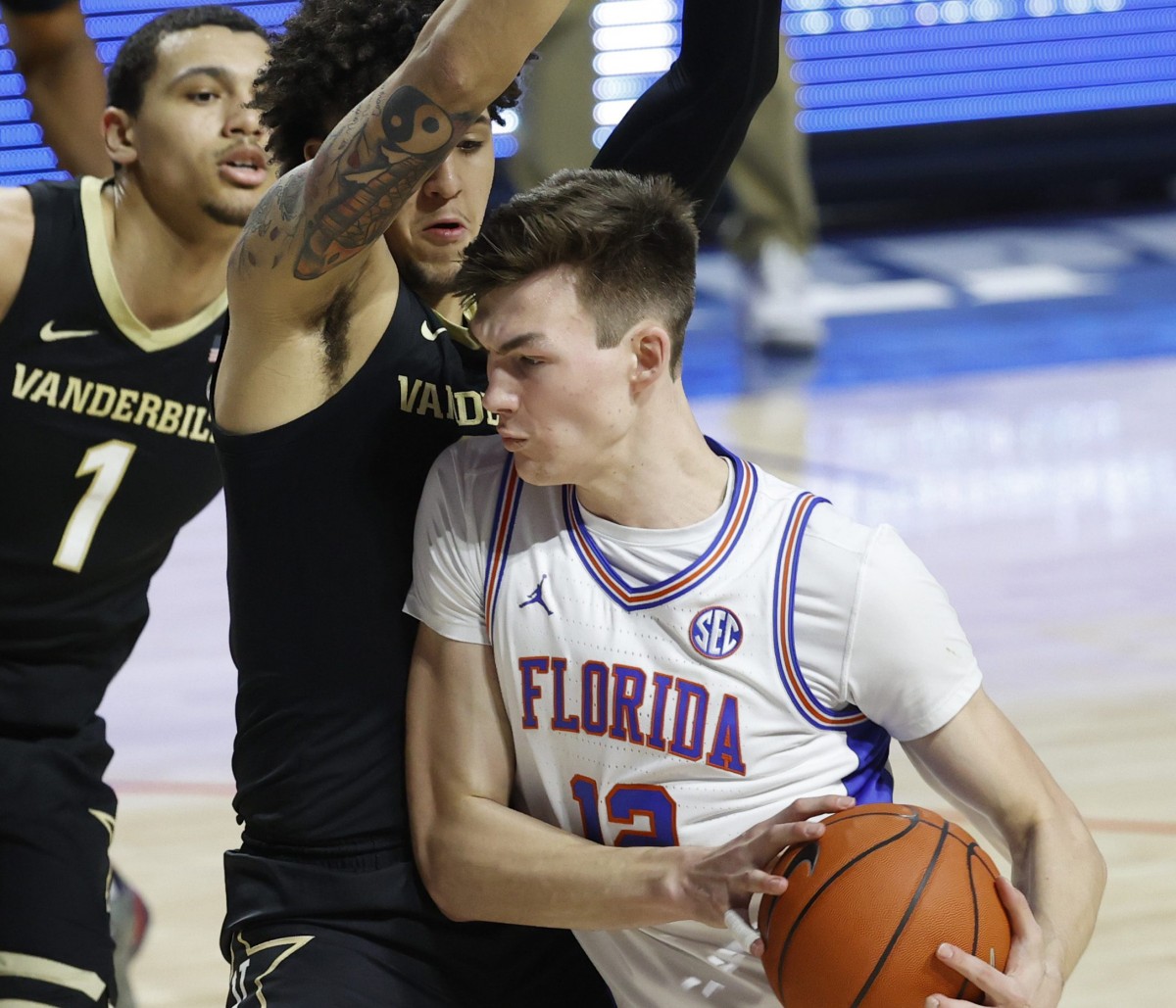 Florida center Colin Castleton‘s efforts in recent games haven’t gone unnoticed. After a big game on Saturday in UF’s road upset over No. 11 West Virginia, he’s earned his second SEC Player of the Week honor of the season.

Castleton led the Gators with 21 points against the Mountaineers, and he also had seven rebounds and five blocks. He came up clutch at the free-throw line when his team needed him, converting on all nine of his attempts (seven of which were in the second half).

In the first game of the week against Vanderbilt, he was limited by foul trouble, but he still ended up in double figures scoring with all 13 of his points coming in the second half.

With multiple conference Player of the Week titles under his belt, he joins an impressive fraternity of Florida players to do so in one season.

Quite a list @Castleton_ joins by picking up another SEC Player of the Week honor. pic.twitter.com/Hr8fGh8tWL

He’s the first Gator with multiple POW awards since 2017-18, when Jalen Hudson had three. Scottie Wilbekin and Michael Frazier each had two during UF’s Final Four season in 2013-14, as did Joakim Noah during the first championship run in 2005-06. It had only been done twice, by Dan Cross and Vernon Maxwell, before that.

Castleton’s play has elevated the Gators’ entire team, and he is stepping into the leadership role that has been somewhat vacant since Keyontae Johnson‘s collapse. How far Florida goes this season will likely depend on whether or not he can keep it up.