The Golden Eagles knocked off Florida on Sunday in thrilling fashion in the men’s NCAA Tournament second round to continue their run. 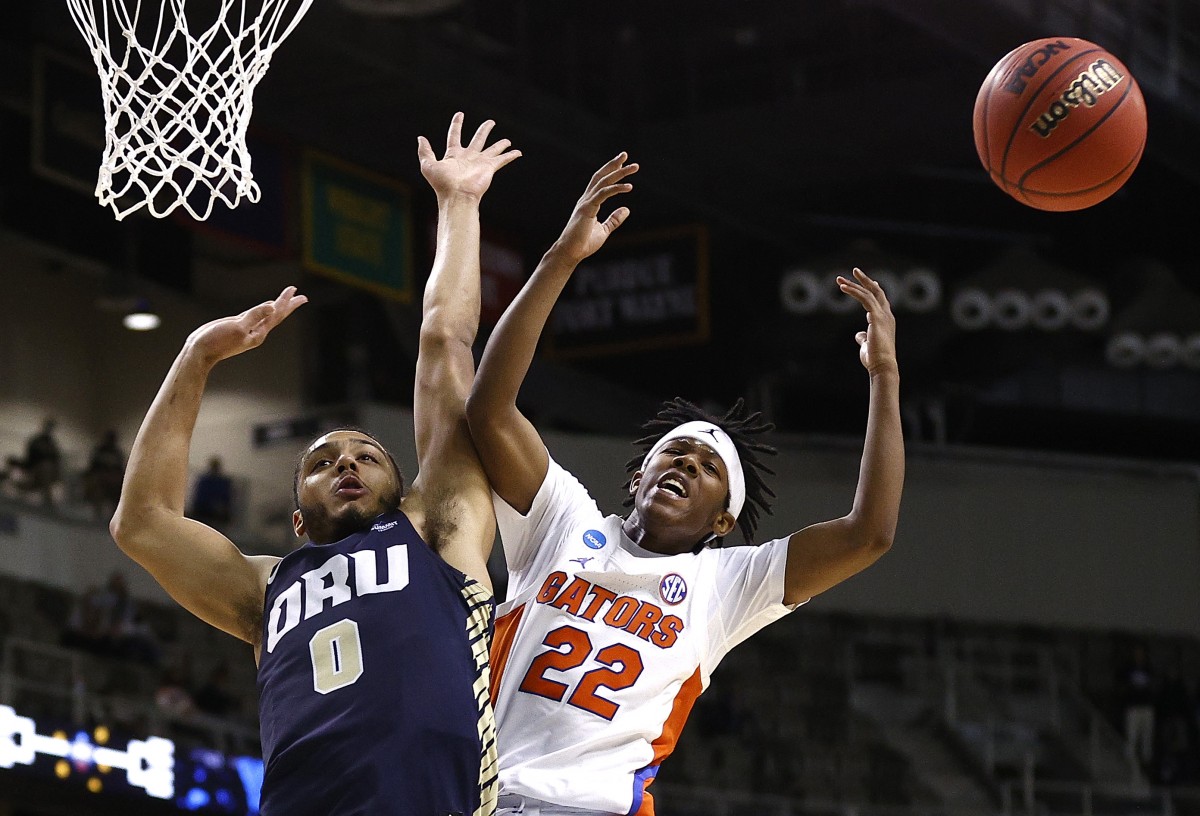 Oral Roberts silenced the narrative that it’s a one-upset wonder.

The Golden Eagles knocked off Florida, 81-78, on Sunday in thrilling fashion in the men’s NCAA Tournament second round to continue their Cinderella run as a No. 15 seed – just two days after stunningly upsetting No. 2 Ohio State.

Oral Roberts took down the Gators by following the same blueprint it used to shock the Buckeyes: fueling off the 1-2 punch of Max Abmas (26 points, seven assists) and Kevin Obanor (28 points, 11 rebounds, four steals).

The Golden Eagles’ stars were brilliant in the win, but it was a role player – DeShang Weaver – who drained the decisive three-pointer with 2:10 remaining to give Oral Roberts an 80-78 edge. Obanor’s free-throw with 17 seconds helped seal the win.

After trailing throughout most of the game and the second half, Obanor gave Oral Roberts its first lead since the first half with 2:52 remaining.

Florida closes its season in disappointing fashion after losing its best player, Keyontae Johnson, to a life-threatening injury back in December. The Gators finished 15-10 on the season. Tre Mann led them in a losing effort with 19 points.