The Bears were defeated by the Giants, 20-12, which raised plenty of questions. Take a look at the action:

The Chicago Bears were defeated by the New York Giants, 20-12, in a game that was even uglier than last week’s narrow victory.

Quarterback Justin Fields came under fire by the Giants defense, where he didn’t receive much help from his offensive line, receivers or offensive play caller, Luke Getsy. The defense had an uneven performance, although they did keep the game manageable until the final whistle.

Here’s a look at the best photos from Chicago’s Week 4 loss against New York:

As the high school football schedule heads to October, we look back on some of the best moments captured across the gridiron in September 2022. 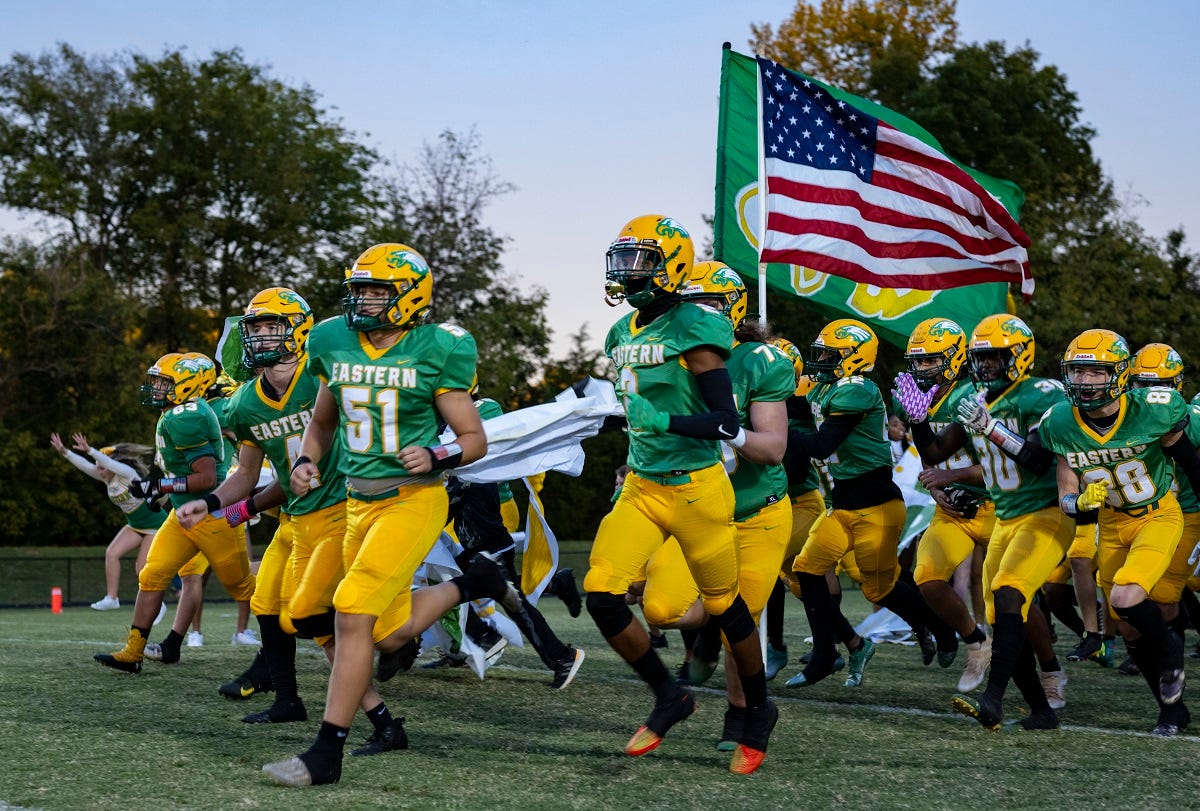 High school football’s September schedule across the country came to an end with one final Friday night, completing a month that was full of big-time games and highlights.

Here are some of the best photos from the final September 2022 action.

(To have a social media highlight possibly featured in our weekly rundown, make sure to DM the videos to USA TODAY High School Sports on Instagram or Twitter.)

The Bears defeated the Texans in Week 3 thanks to an interception by Roquan Smith. Take a look at the action: 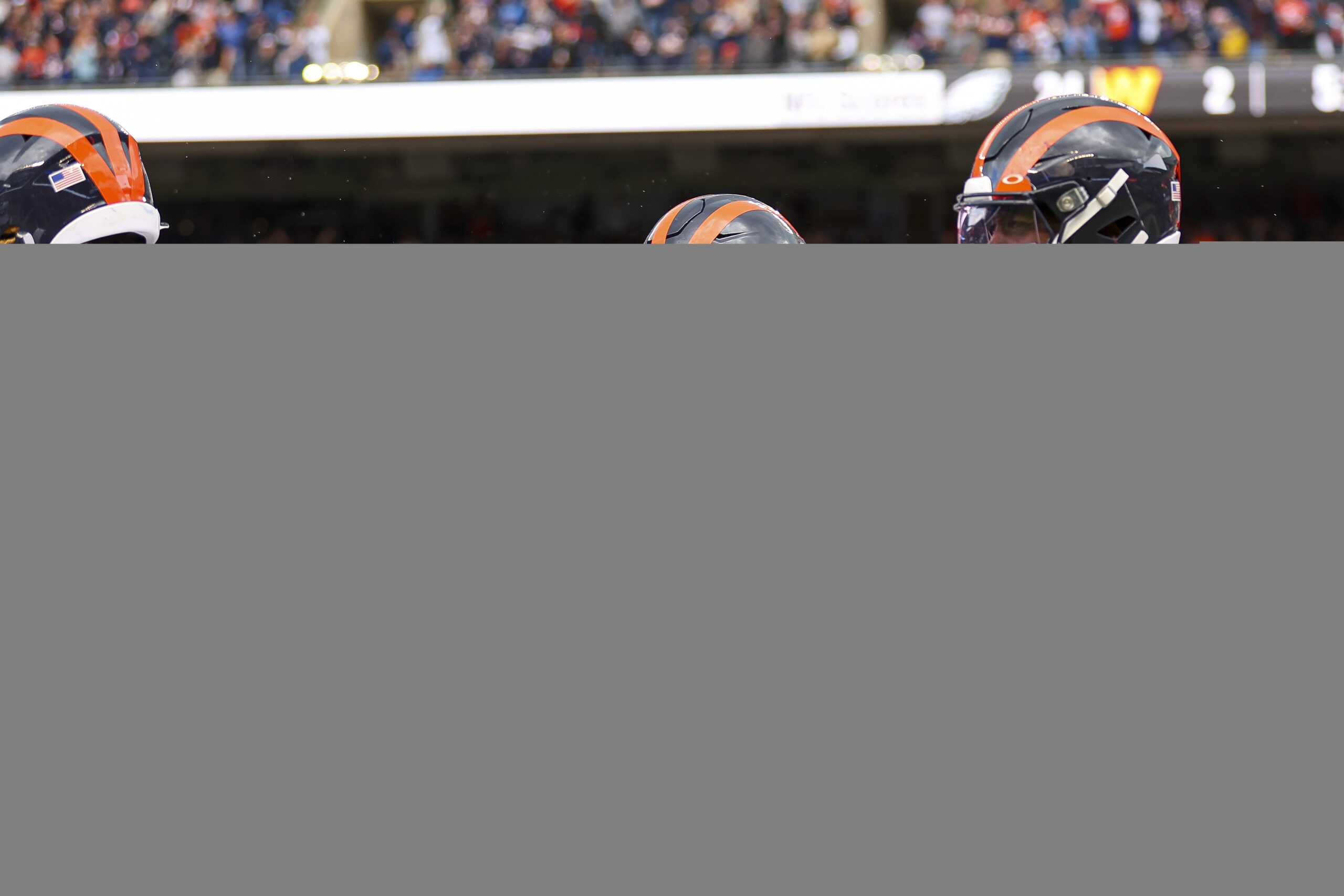 The Chicago Bears defeated the Houston Texans 23-20 to advance to 2-1 on the season. But while it was far from a pretty performance, it was a win.

The Bears had 281 rushing yards against the Texans, the most in a game for Chicago since 1984. But quarterback Justin Fields and the passing game continued to struggle. The Bears defense came away with two key interceptions, including Roquan Smith’s pick with about a minute left that led to Cairo Santos’ game-winning field goal.

Here’s a look at the best photos from Chicago’s Week 3 win against Houston: 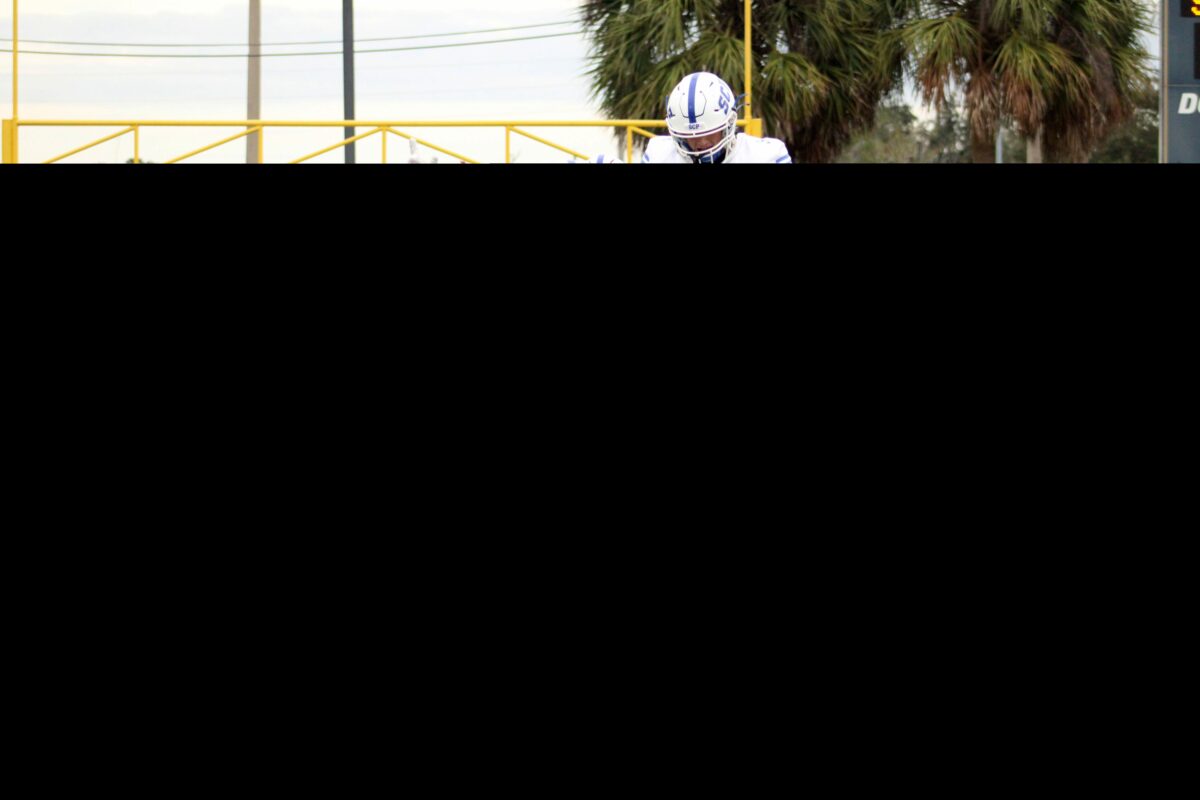 High school football quickly nears the end of September, leaving behind a treasure trove of highlight-reel-worthy shots captured across the gridiron.

Here are some of the USA TODAY High School Sports staff’s favorite photos from the action so far in Month 2 of the high school football calendar.

(To have a social media highlight possibly featured in our weekly rundown, make sure to DM the videos to USA TODAY High School Sports on Instagram or Twitter.)

The Bears suffered a brutal 27-10 loss to the Packers in prime time. Take a look at the action: 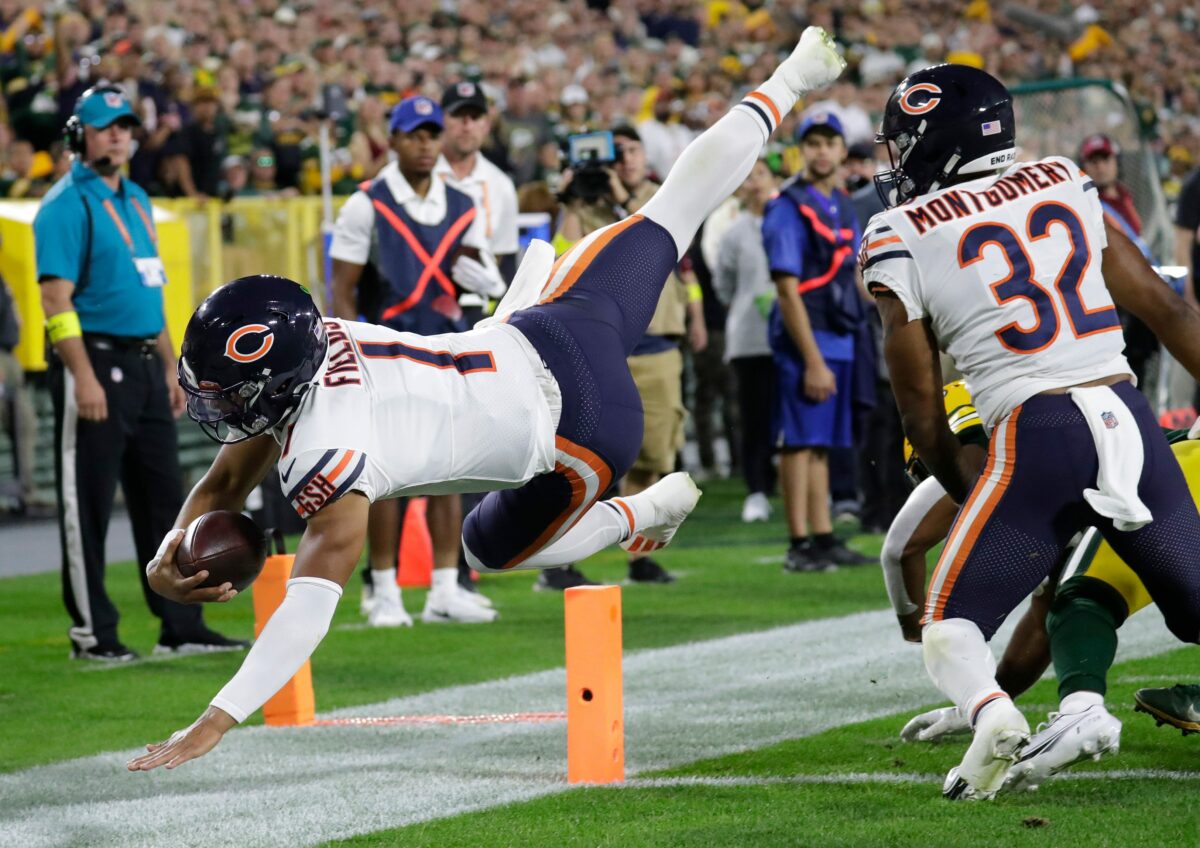 The Chicago Bears suffered a frustrating 27-10 loss to the Green Bay Packers, where the Bears have now lost seven in a row to the Packers since their last win in 2018.

Chicago got off to a solid start, where they help a 7-3 lead at the end of the first quarter. But it was all downhill from there. The Packers outscored the Bears 24-3 in the final three quarters to secure the win.

Here’s a look at the best photos from Chicago’s Week 2 loss against Green Bay: 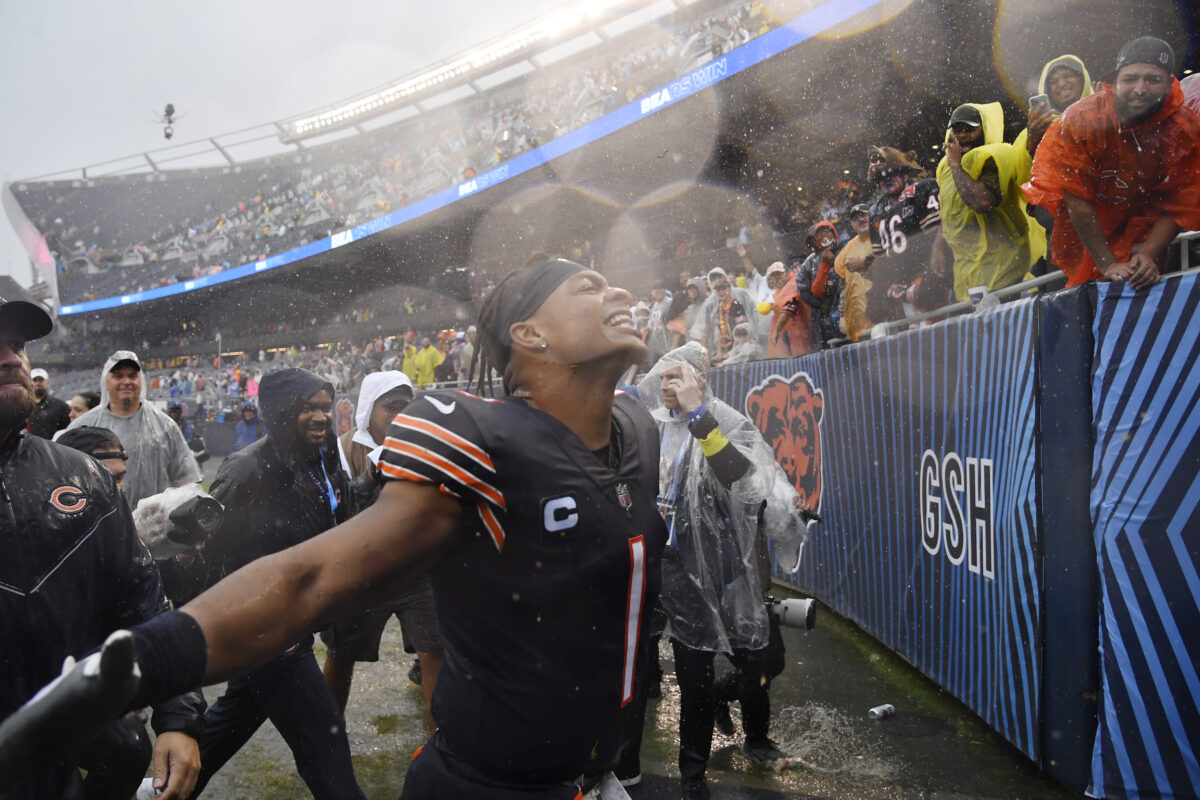 The Chicago Bears came away with an upset of the San Francisco 49ers in a 19-10 victory in Week 1.

It was a thrilling second-half comeback for the Bears on a rain-soaked field, which made for a slip-and-slide celebration for players following the upset win.

Here’s a look at the best photos from Chicago’s Week 1 win over San Francisco:

The best football snapshots so far in 2022! 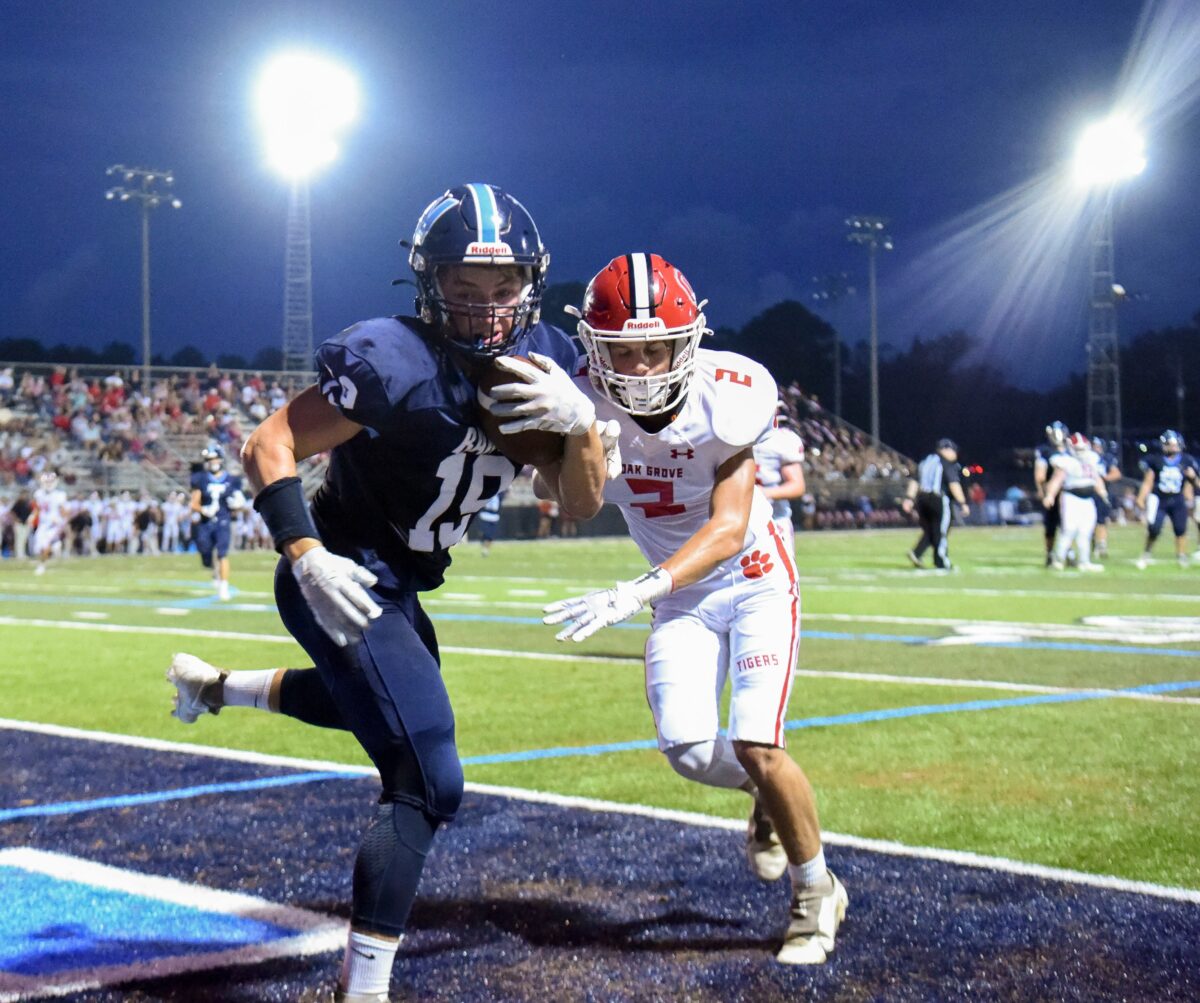 High school football has been in full swing for just a month, and we’ve already seen a ton of highlight-reel moments from across the country.

And ahead of the Fall rush, we’re looking back on some of the best high school football snapshots that we’ve seen captured so far—the hard hits, the acrobatic catches, tough runs, and QB dimes.

The Bears defeated the Browns 21-20 to finish the preseason 3-0. Take a look at the action: 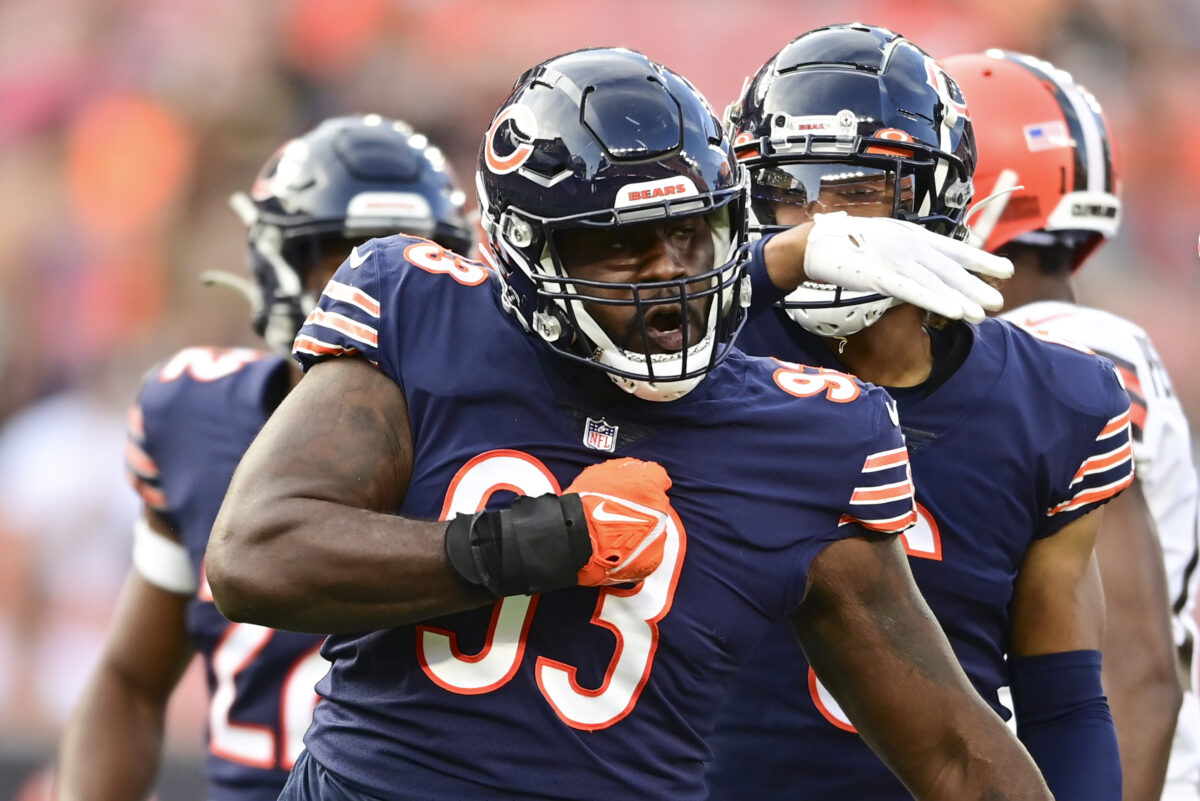 The Chicago Bears defeated the Cleveland Browns 21-20 to finish the preseason undefeated at 3-0.

It was significant given the Bears’ starters played the first half and were responsible for all three touchdown drives. There were encouraging signs from both the starting offense and defense, including quarterback Justin Fields’ near-perfect evening.

Here’s a look at the best photos from Chicago’s preseason win over Cleveland:

The Bears defeated the Seahawks 27-11 to advance to 2-0 in the preseason. Take a look at the action: 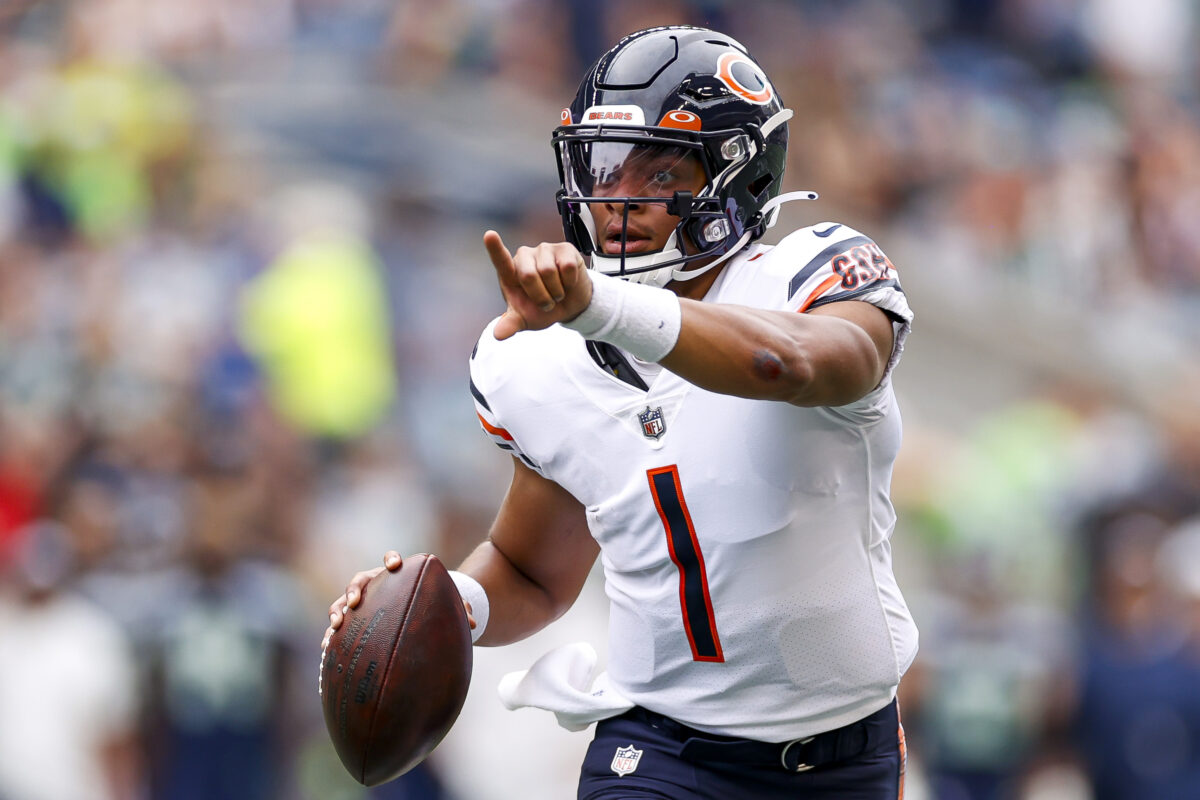 The Chicago Bears dominated the Seattle Seahawks in a 27-11 victory on Thursday night in their second preseason game. Chicago advanced to 2-0 in the preseason.

While the Bears starters saw limited action, it was their rookies and veterans further down the depth chart that made the most of their opportunities with some strong outings.

Here’s a look at the best photos from Chicago’s preseason win over Seattle:

The first week of Bears training camp is in the books. Take a look back at the action from the first four practices. 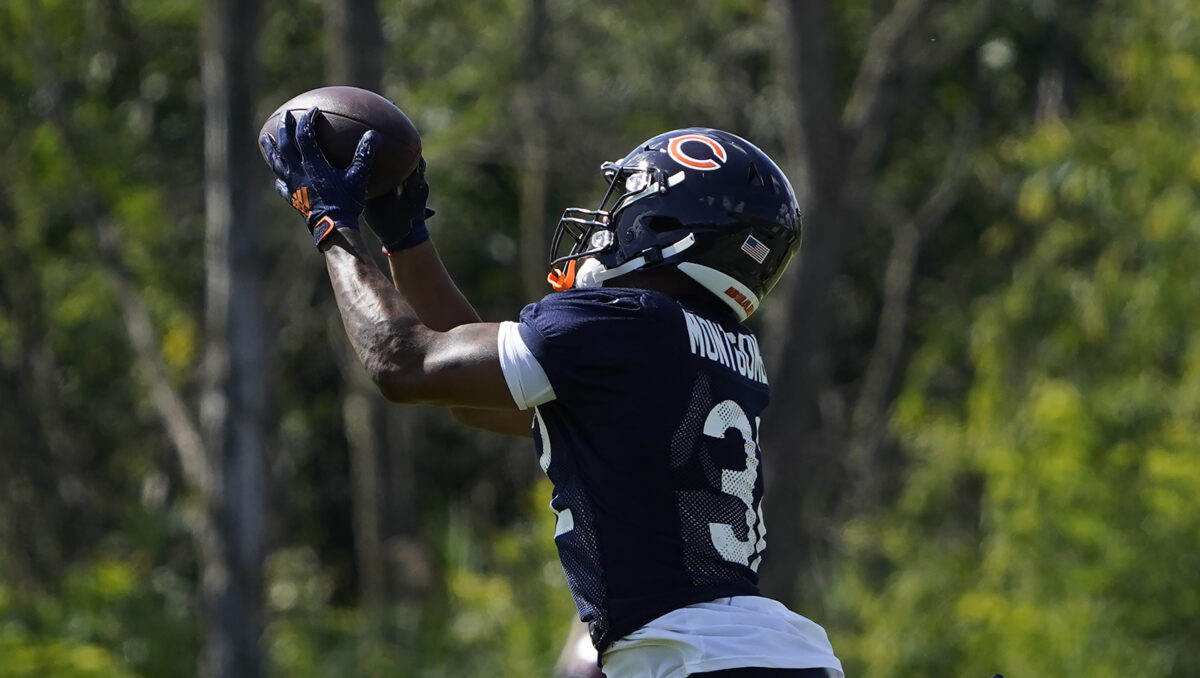 The first week of Bears training camp is in the books, which consisted of four practices at Halas Hall. While they were all non-padded practices, there were plenty of storylines and standout players in the those workouts.

The Bears return to the practice field Monday, where the pads will come on for the first time.

But before that, here’s a look at the best photos from the first week of Bears camp: