Go inside the Bears QB room, the team’s trip to Wrigley Field and wrap up the offseason in the latest episode of “1920 Football Drive.” 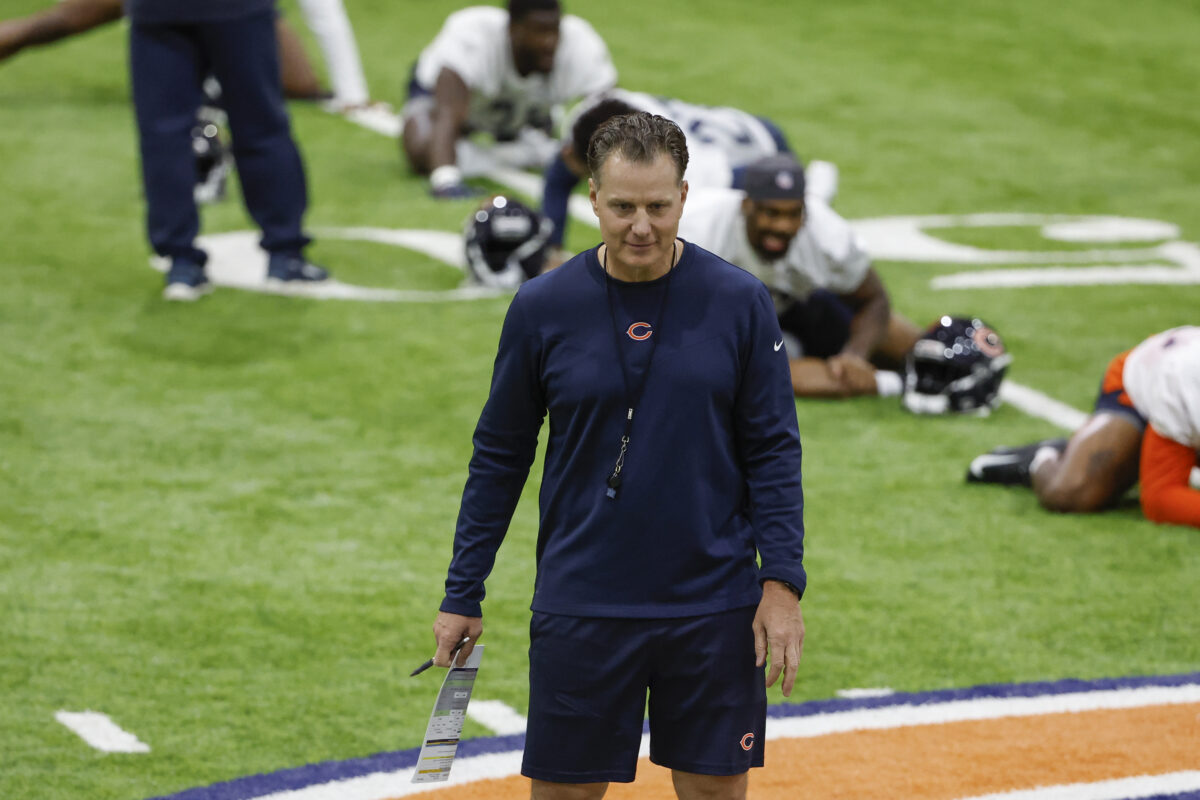 The Chicago Bears released the latest episode of 1920 Football Drive, a video series that takes fans behind the scenes of the Bears organization.

The series premiered two years ago, where it documented a unique training camp during the span of three episodes. It returned the following year for three more episodes, which included an inside look at the draft process and training camp.

Now, 1920 Football Drive is back for its eighth installment, which focuses on wrapping up Chicago’s offseason program. The latest episode takes fans behind-the-scenes with GM Ryan Poles and head coach Matt Eberflus, including a look inside the quarterback meeting room, the team trip to Wrigley Field, guest speeches from Charles Tillman and Rod Marinelli, as well as a look at mandatory minicamp.

It was certainly on offseason of change for the Bears, who are bringing in an overhauled roster to training camp this summer. But before practice kicks off, catch up on the rest of Chicago’s offseason.

Check out the next episode of 1920 Football Drive below:

The Bears traded for former first-round wide receiver N’Keal Harry. Get to know the newest Bear. 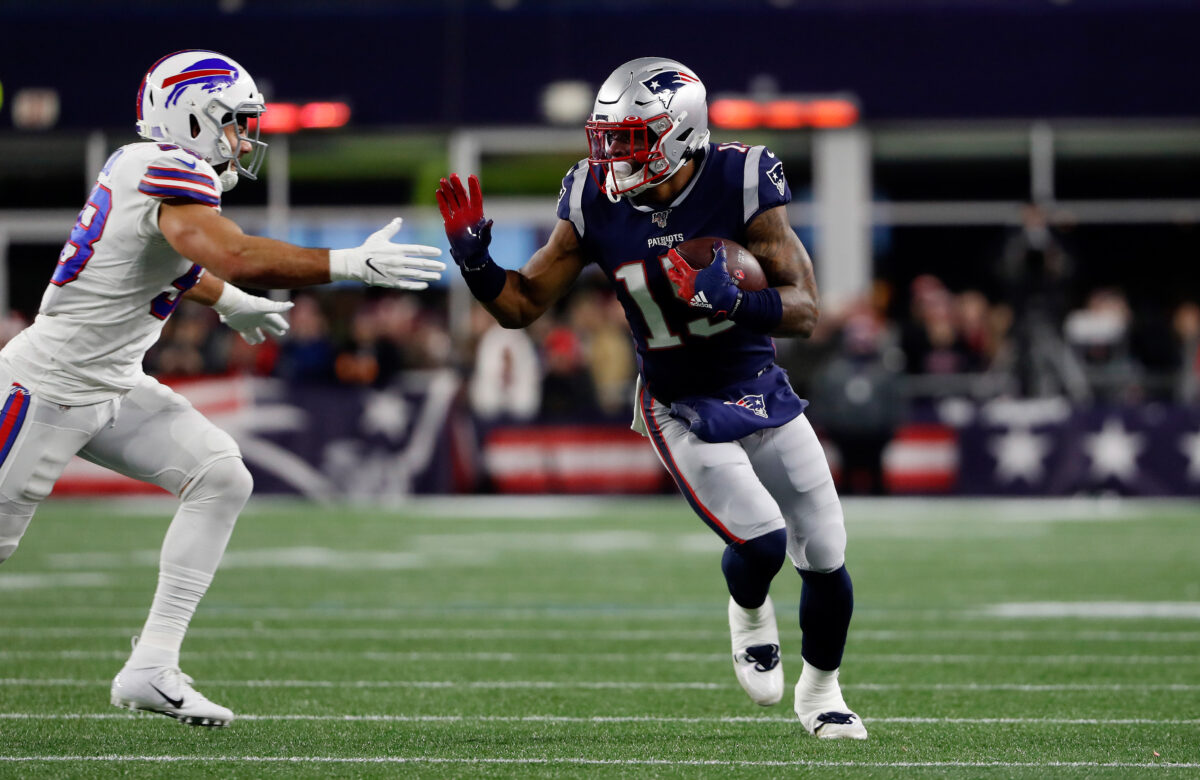 The Chicago Bears have traded a 2024 seventh-round draft pick to the New England Patriots in exchange for wide receiver N’Keal Harry.

Harry and New England were headed for a separation ahead of training camp. General manager Ryan Poles pulled the trigger with a low-risk, high-reward trade for Harry. The Bears get a new weapon for Justin Fields and Harry gets a much-talked-about fresh start.

Here are five things to know about the newest member of the Bears, N’Keal Harry.

Following the Bears’ offseason program, there has been some updates with the projected depth chart, specifically with the offensive line. 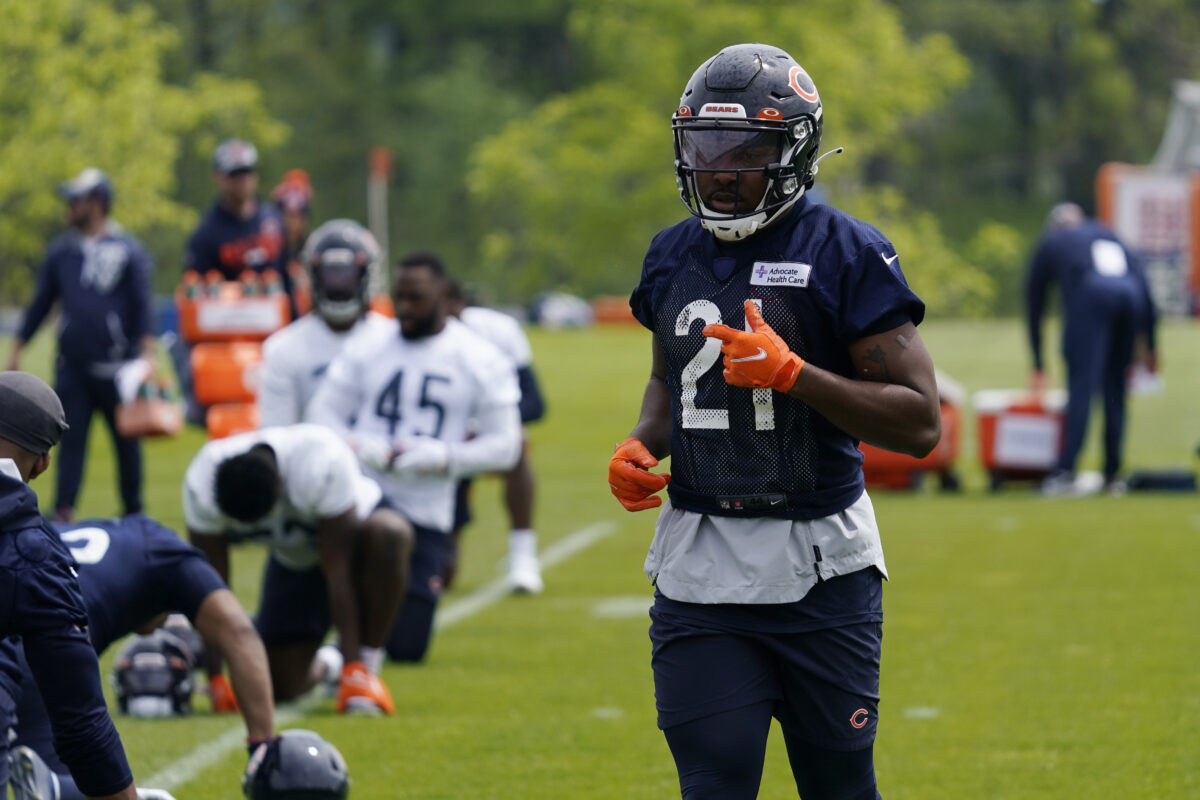 The Chicago Bears roster has undergone plenty of change this offseason under new general manager Ryan Poles, where there are a slew of one-year, prove-it deals to join the crop of young talent already on the roster.

Following organized team activities and mandatory minicamp, there has been some changes with the team’s projected depth chart, specifically along the offensive line. But with training camp still ahead, we’re still awhile from any set depth chart.

Here’s a look at the Bears’ current projected depth chart ahead of training camp:

Darnell Mooney still talks to former Bears teammate Allen Robinson, and the pair plan to meet up to train this offseason. 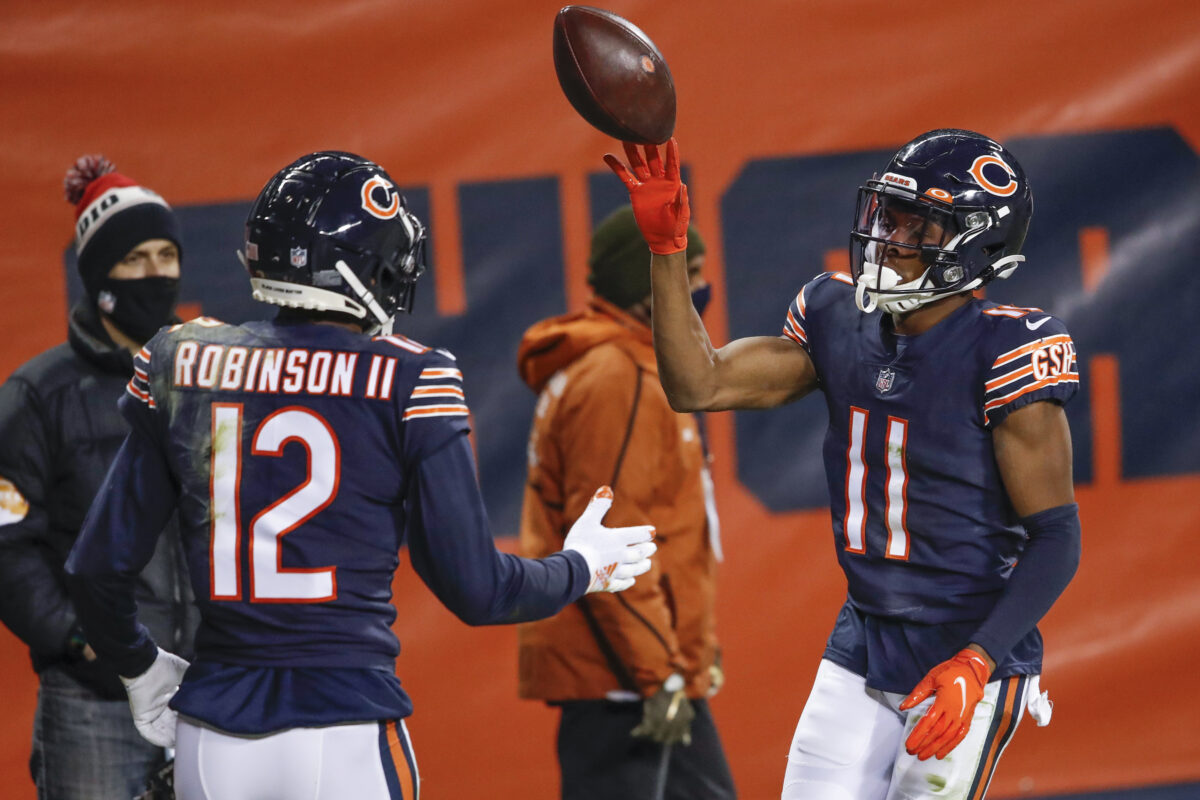 Mooney and Robinson were close during their two years as teammates with the Bears, and that bond continues even as Robinson left Chicago for the Los Angeles Rams. In fact, the two even plan on training together before reporting to their respective training camps in late July.

“I still talk to him to this day,” Mooney told Red Line Radio. “We’re supposed to go to Miami to train.”

While Robinson didn’t come off as a rah-rah guy, Mooney said that he led by example. Robinson and Mooney would often collaborate during games, which helped benefit them both.

“He was definitely the guy that can help out everybody,” Mooney said. “Sometimes we’d bounce off ideas from each other. If I’m not in on a certain play, then he’d be like, ‘Hey, how did my route look? How did my release look? Did I look good in the play in general.’ I definitely like having A-Rob, just being able to communicate with.”

As Mooney steps into the WR1 role, he’s the only proven wideout on a roster that features a slew of new faces. Now it’s up to him to step into a leadership role that Robinson once embodied in Chicago.

The consensus among NFL analysts is that Bears QB Justin Fields is being set up for failure in Year 2. We discuss why that isn’t the case. 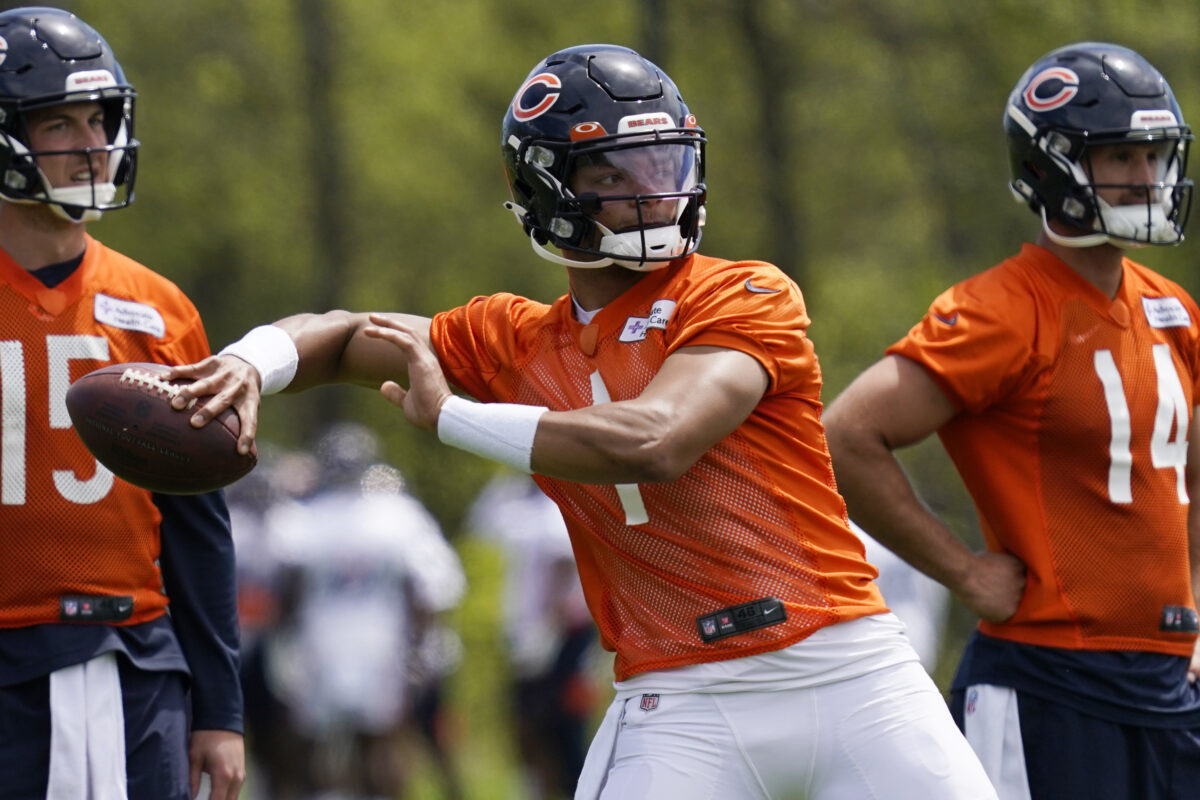 Bears quarterback Justin Fields has been at the center of NFL offseason discussion, where the general consensus is that Fields is being set up for failure heading into his second season.

Fields has been declared among the NFL’s biggest offseason losers by a number of outlets, where they’ve cited new general manager Ryan Poles’ inability to surround him with playmakers at wide receiver and an established offensive line.

They’re fair arguments to be sure, especially as other NFL teams have surrounded their young quarterbacks with strong supporting casts. But is Fields really among the offseason’s biggest losers?

The one thing that appears to be going underrated is the fact that Matt Nagy is no longer his offensive play caller. It appears that the Bears are banking on the addition of offensive coordinator Luke Getsy to help Fields take that next step. And it certainly helps that Chicago’s offense will cater to Fields’ strengths, including getting him on the move, utilizing play action and a run-heavy scheme, as well as allowing him to stretch the field with his deep ball.

Host Ryan O’Leary (@RyanO_Leary) and myself (@AlyssaBarbieri) discuss why statements that Fields is among the offseason’s biggest losers isn’t a strong argument. Fields talk begins around the 12:10 mark of the episode.

What do you think? Is Fields really among the offseason’s biggest losers?

There are still some big question marks for the Bears offense ahead of training camp. We break it down by position: 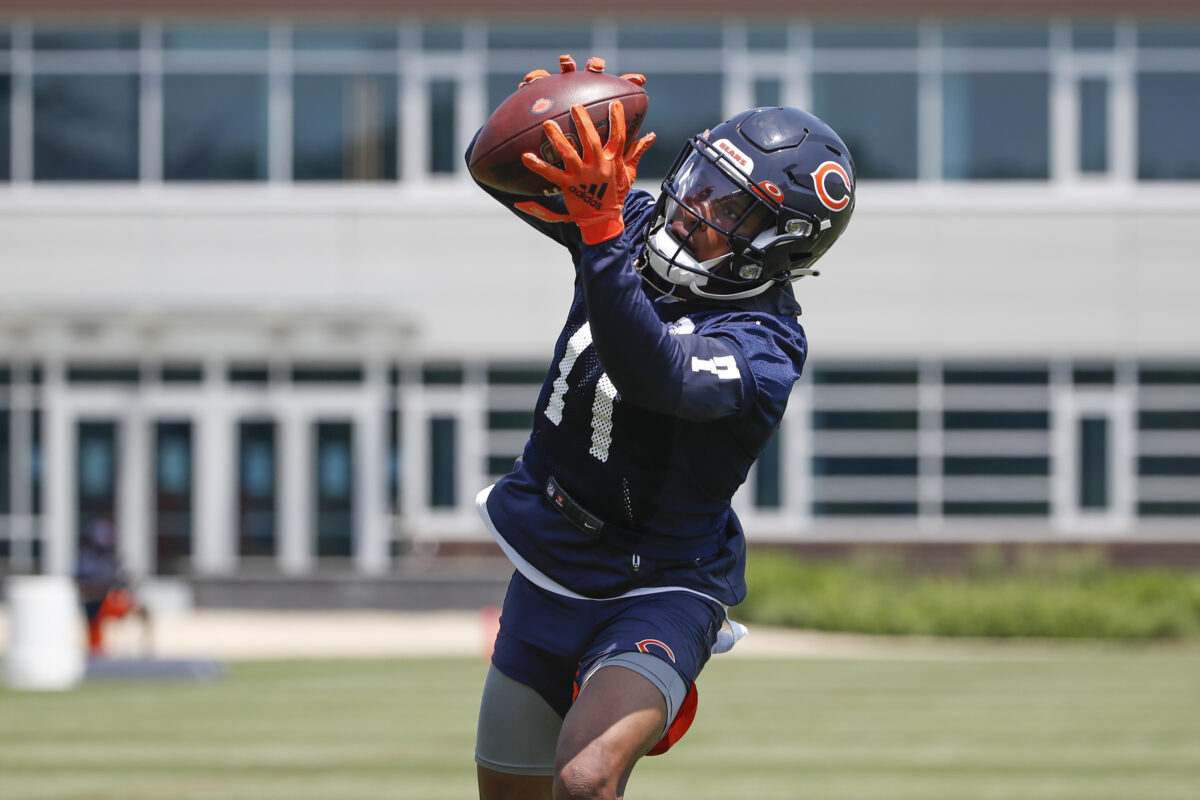 The Chicago Bears recently wrapped their offseason program, and the team now gets a deserving break before things kick back into gear.

While the conclusion of mandatory minicamp brought some clarity, it also raised even more questions ahead of training camp next month.

That’s especially true on offense, which is undergoing plenty of changes this offseason, including learning a new scheme under Luke Getsy. But there are still some huge question marks heading into camp.

Here’s one burning question for every offensive position following the Bears’ offseason program.

Our Bears Wire staff is sharing their thoughts on the players who have the potential for a breakout season in 2022. 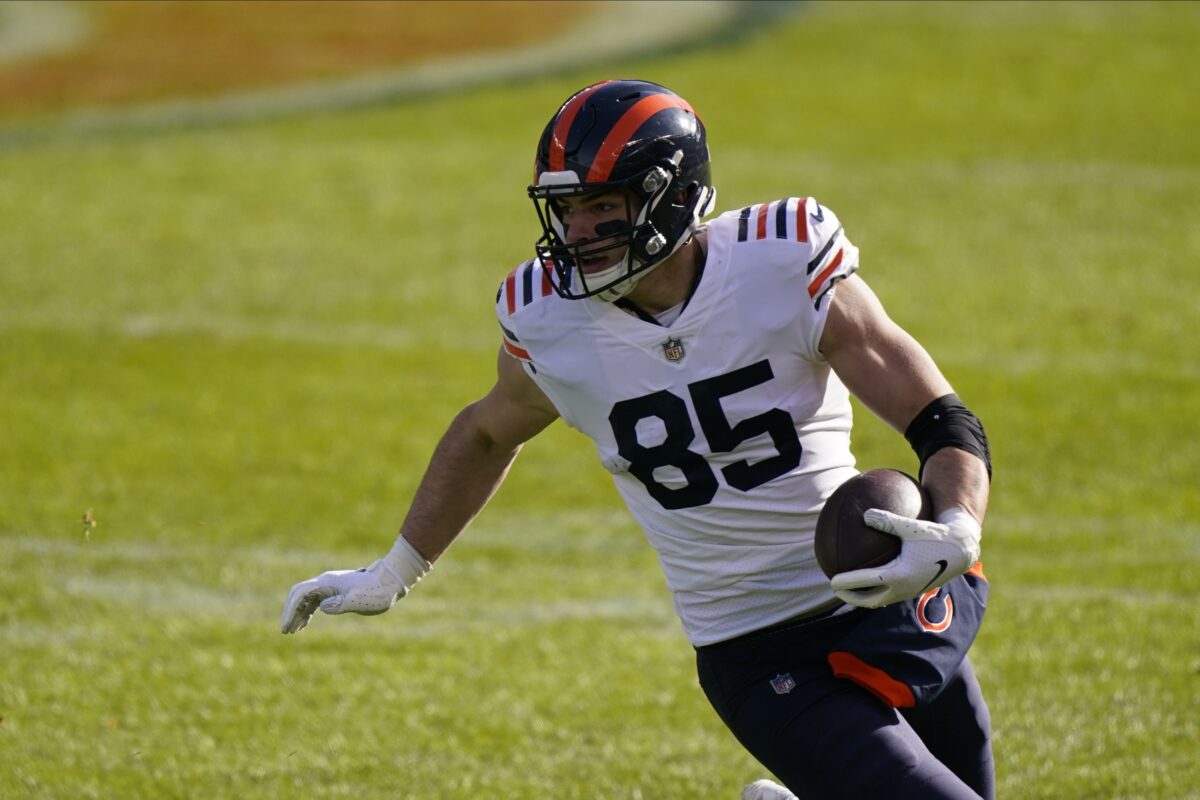 The Chicago Bears are in the middle of a rebuild under new general manager Ryan Poles, which has seen the departures of key veterans and the emergence of a younger roster.

The Bears have some young players who will be key to this team’s future success, including some who have already shown promise and could be in for big seasons.

Our Bears Wire staff is sharing their thoughts on the players who have the potential for a breakout season in 2022, which includes plenty of weapons for quarterback Justin Fields.

Now that the dust has settled on the offseason program, we’re taking a look at which Bears saw their stock rise and which saw it fall. 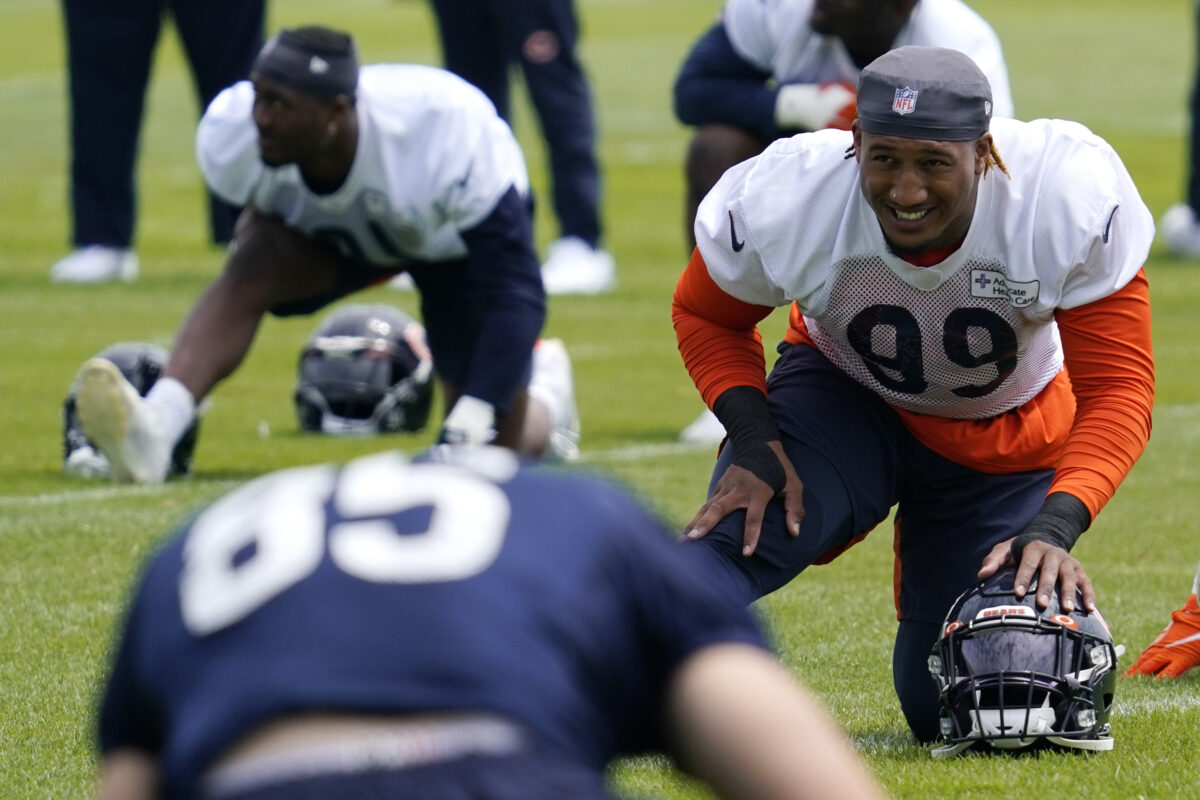 The Chicago Bears wrapped mandatory minicamp last week — and with it their offseason program. Now, they get an extended summer break before returning to Halas Hall for training camp on July 26.

It was certainly an eventful offseason to say the least, which included plenty of change ranging from a new regime to the departures of key veterans and the addition of some younger faces.

There were plenty of storylines that unfolded during the course of organized team activities and mandatory minicamp, including some that are expected to carry over into training camp.

USA Today Sports’ Nate Davis isn’t a fan of how the Bears have supported Justin Fields this offseason. 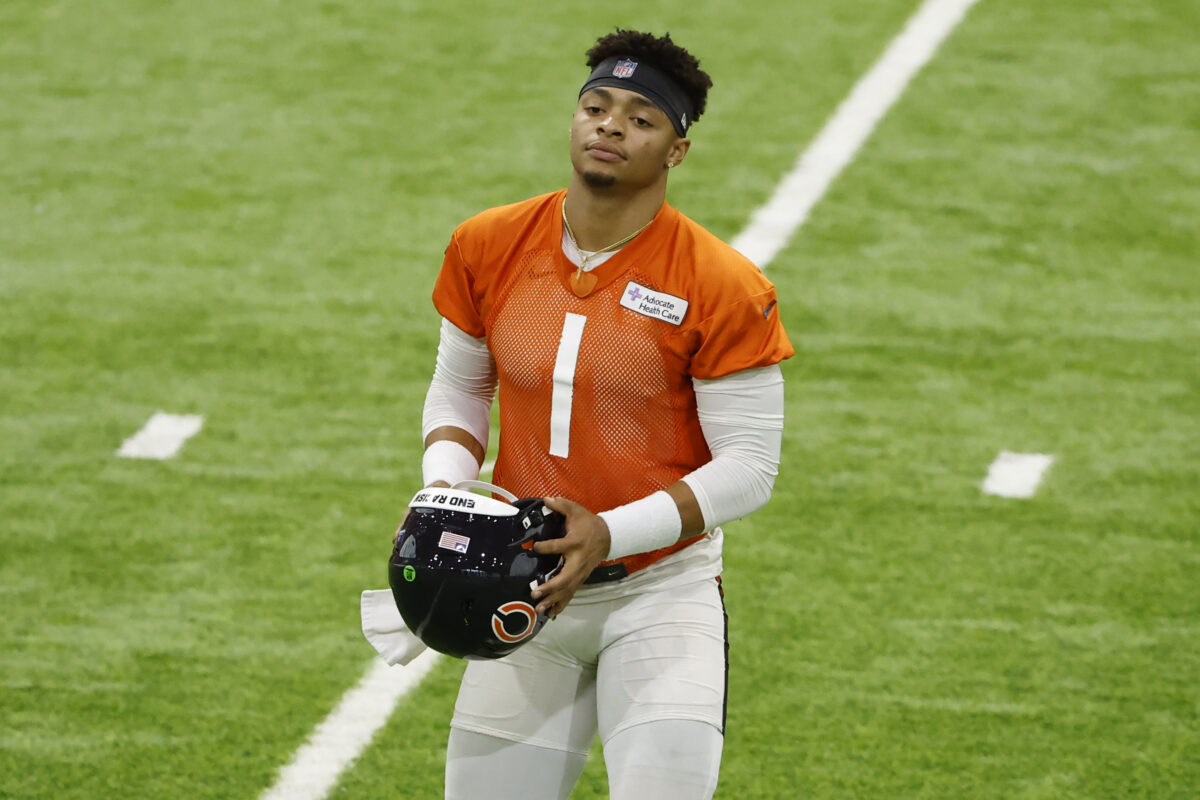 The Chicago Bears wrapped their offseason program following the conclusion of mandatory minicamp last week, and it was certainly an eventful offseason.

The Bears ushered in a new regime that made some big, but needed, changes as they rebuild — or retool — the roster. But general manager Ryan Poles has been criticized for his handling of second-year quarterback Justin Fields. Specifically when it comes to his supporting cast.

There are questions at wide receiver — where Darnell Mooney is the only proven commodity — and offensive line. Which prompted USA Today Sports’ Nate Davis to declare Fields among the offseason’s biggest losers.

Can you name his left tackle? How about a wide receiver aside from Darnell Mooney … if you knew him? Know who the Bears’ new offensive coordinator is? Have you even heard of Matt Eberflus? (Hint: He’s Chicago’s hard-charging, defensive-oriented, rookie head coach.) Anyhoo, that’s one way to support a quarterback coming off a rocky rookie campaign.

While it’s true that Fields doesn’t have a proven group of wideouts or stability on the offensive line, the Bears are banking on Luke Getsy’s new offensive scheme leading to success for Fields.

Chicago’s offense is “very quarterback friendly” and tailored to Fields’ skillset, and it’ll feature plenty of the second-year quarterback on the move. While this might not be Fields’ breakout season, he’s still in a position where he should take a step forward in his development.

Bears TE Cole Kmet is back at Tight End University for the second straight year. Here’s the full list of participants at TEU: 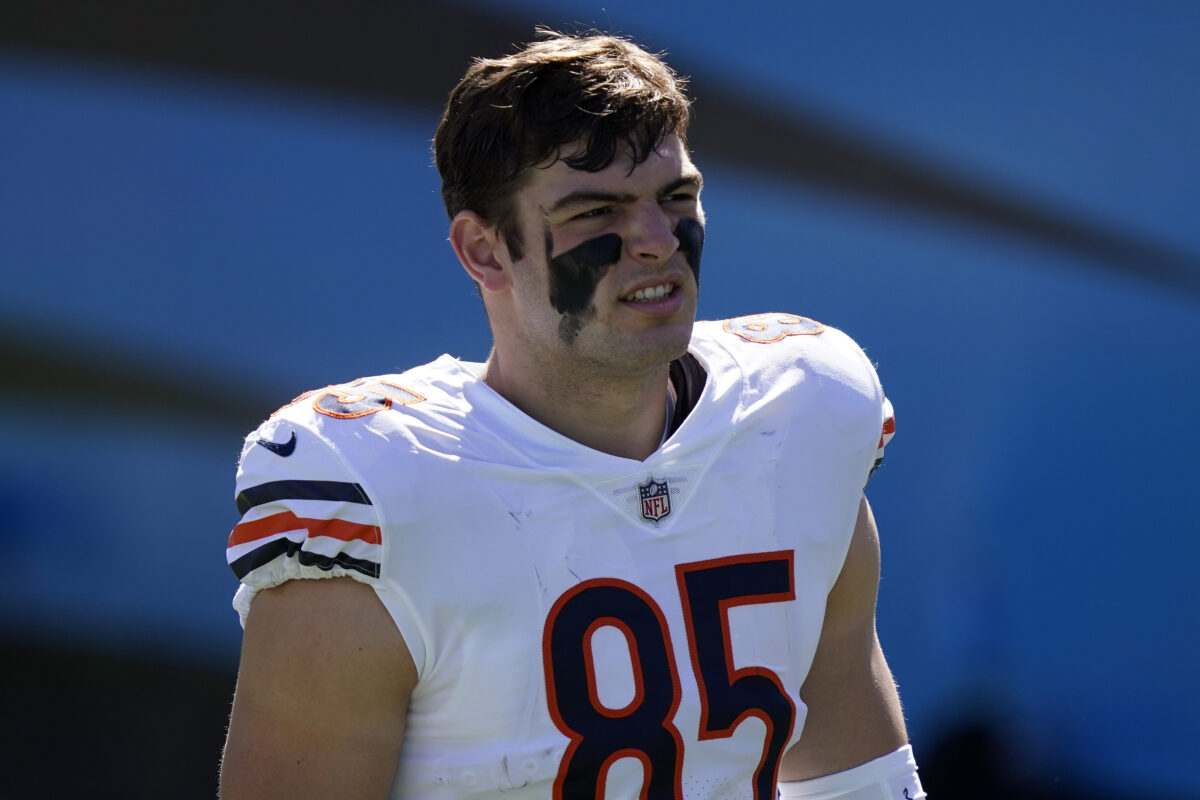 The summit will take place in Nashville from June 22-24, where some of the best tight ends in the NFL will get a chance to collaborate and learn from each other.

Bears tight end Cole Kmet is among those slated to attend the second annual event. It will mark Kmet’s second appearance at the summit, where he’ll be looking to improve on an encouraging second season.

Here’s a look at the players set to attend TEU this week: