The Florida Gators’ mass exodus continues as Lewis, a five-star recruit, announced his intention to leave the program on Thursday evening. 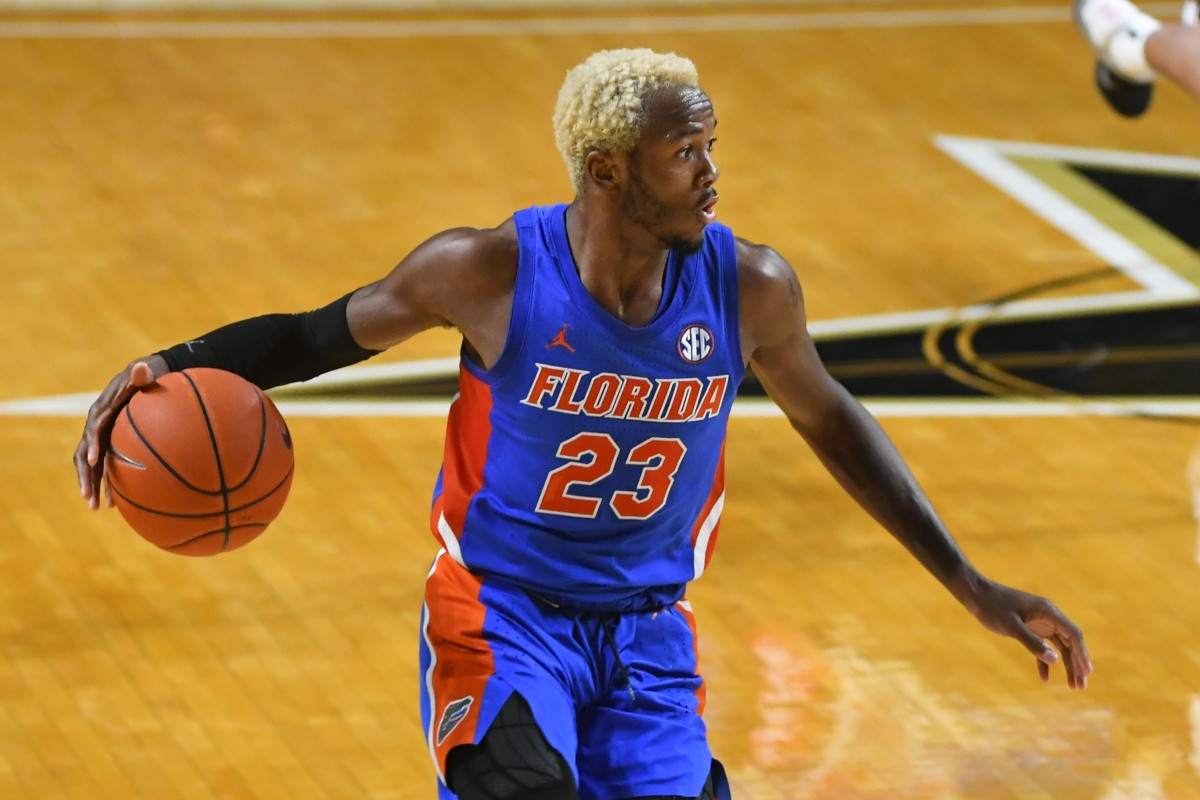 Thursday evening, Scottie Lewis announced on his Instagram account his intent to leave the Florida program enter the NBA draft.

The news came in the form of a lengthy open letter reflecting on his journey to this point in his career. He gave special thanks to his parents, the Florida coaching staff, and Gators nation. Lewis waxed emotional, penning his feelings that “it has been an absolute honor to wear that gator logo on my chest day in and day out.”

When the Gators brought Lewis to Gainesville, he came with the high billing of a potential one-and-done player. Things haven’t quite gone to plan for the five-star shooting guard, though, and in retrospect, it’s possible that the hype surrounding him was fueled in part by his being part of a weak year from recruiting.

Nonetheless, was a useful player to have in the program, bringing his high energy and leadership skills to the court. The tantalizing potential for him to put the pieces together and break out is still extant, although less likely after two adequate but unspectacular years with the Gators.

His choice comes as a bit of a surprise, given his lack of standout production with the Gators. His offensive skillset is highly scheme-reliant, so whichever team takes a chance on him will have to do so with a plan in mind of how to use him correctly. However, it’s not a completely shocking decision, given the mass exodus of talent from the program and the still-uncertain status of his primary partner on the court, Keyontae Johnson.

Lewis joins fellow guards Tre Mann, Noah Locke and Ques Glover, power forward Osayi Osifo, and center Omar Payne as the sixth Gator to leave the program. However, unlike those in the transfer portal, Mann and Lewis eliminated their remaining NCAA eligibility by hiring an agent. Therefore, there’s no possibility of a return to Gainesville.

We at GatorsWire wish Scottie Lewis all the best in his future endeavors and look forward to seeing how he fares at the next level as a pro.