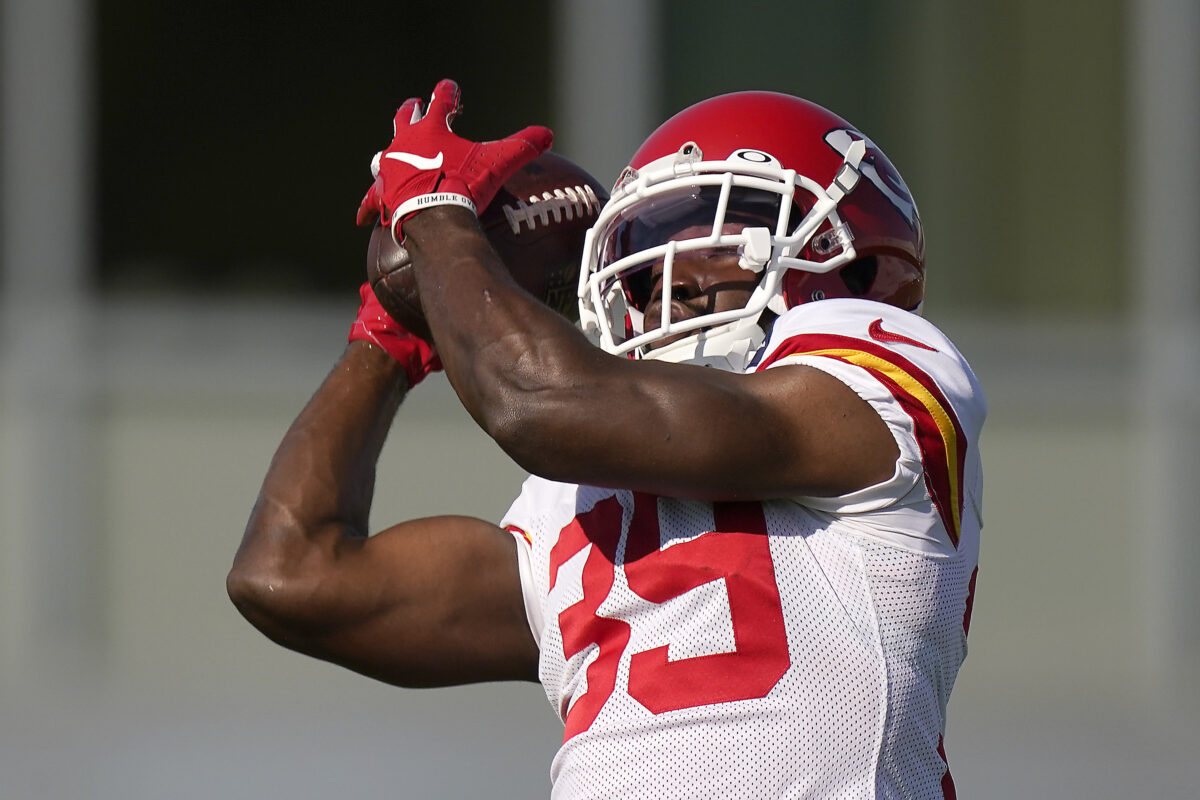 Per the NFL transaction wire, the Pittsburgh Steelers hosted former Kansas City Chiefs and Philadelphia Eagles defensive back Lavert Hill for a tryout on Tuesday.

Hill was signed by the Kansas City Chiefs as an undrafted free agent in 2020 and waived during final roster cuts. He spent the early part of the season as a member of their practice squad before being released in late November.

From there, Hill was signed to the Eagles practice squad and waived prior to cut-downs the following August.

Hill most recently spent a week on the Cardinals practice squad.

The Steelers also hosted defensive back Isaiah Johnson, who the team ended up signing to their practice squad. It appears Hill is the odd one out.

The Steelers hosted two special teamers for tryouts on Tuesday. 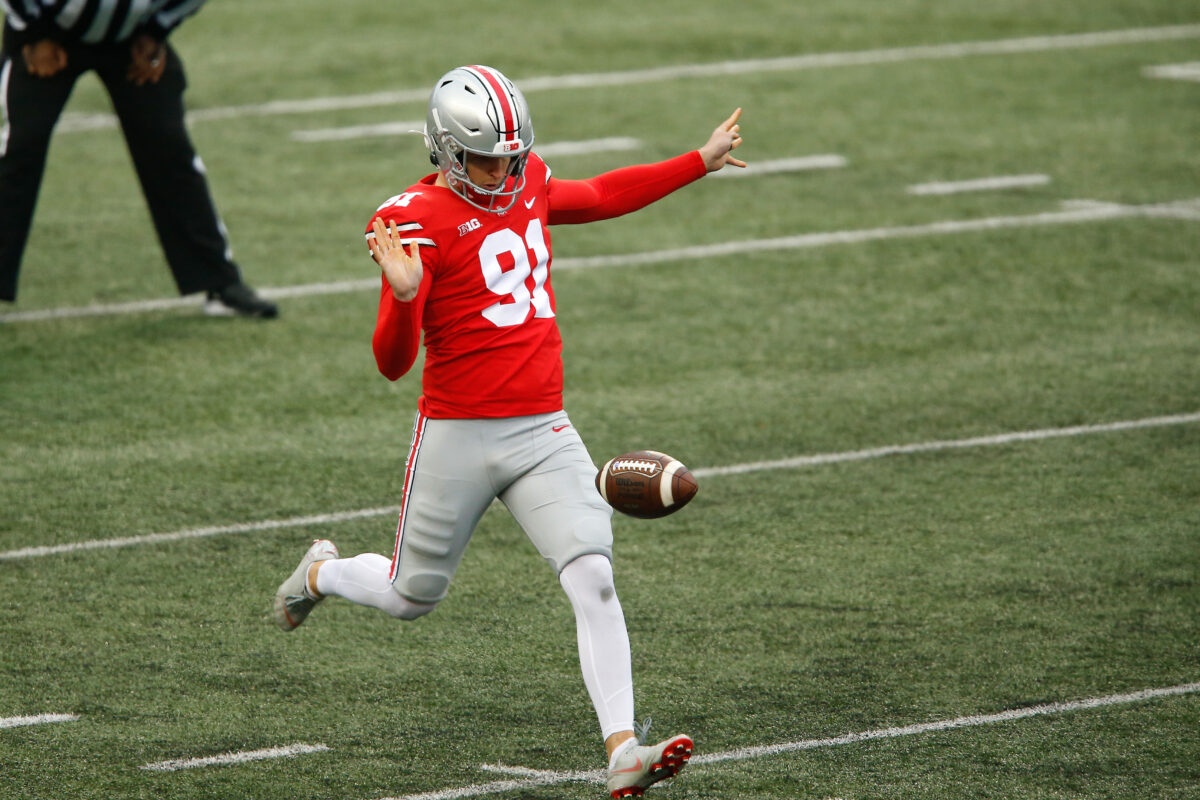 Per the NFL transaction wire, the Pittsburgh Steelers hosted two special teamers for tryouts on Tuesday.

Former Cincinnati Bengals punter Drue Chrisman was signed as an undrafted free agent out of The Ohio State University in April. He was released from the Bengals practice squad in October.

Rex Sunahara, a product of West Virginia, is a 6-foot-6 long snapper who spent the 2021 offseason with the Miami Dolphins. 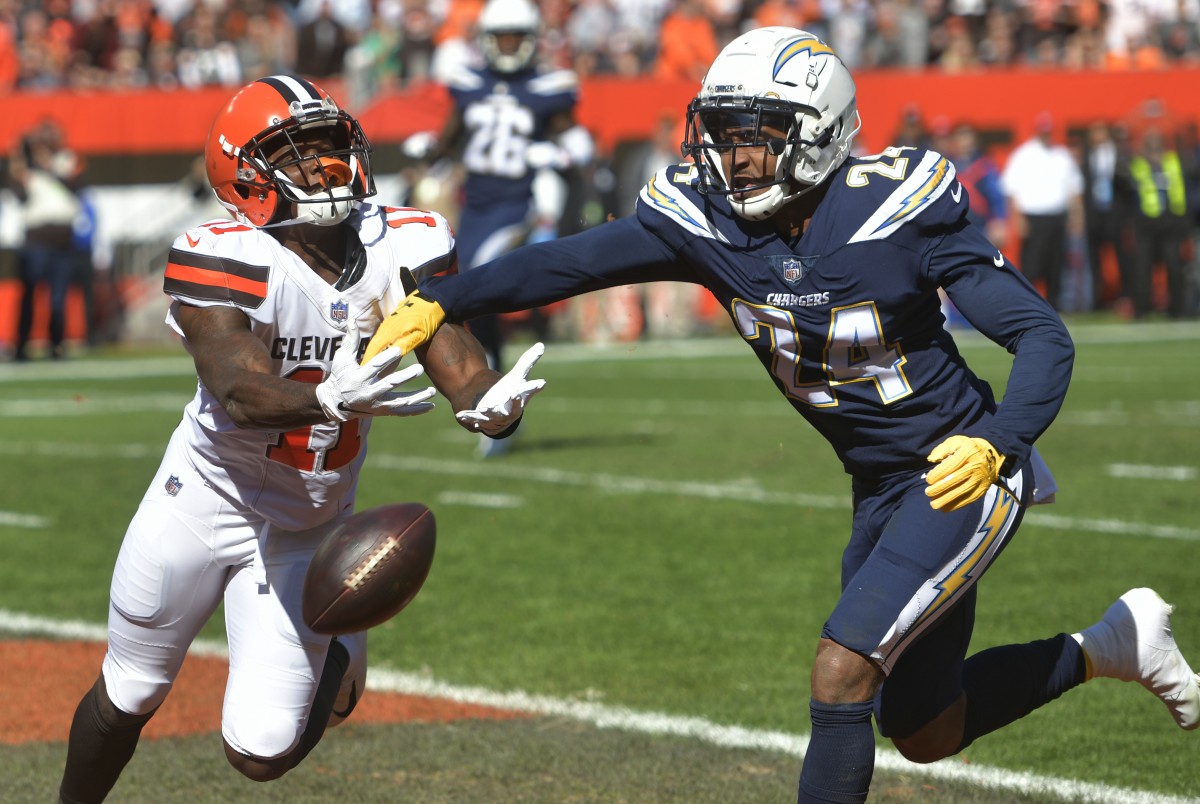 Per the NFL transactions report, the Pittsburgh Steelers hosted former Penn State defensive back Trevor Williams for a tryout on Monday.

With Joe Haden expected to be out for at least the Wild Card game on Sunday, Pittsburgh will need depth behind reserves James Pierre and Justin Layne.

In three seasons and 27 starts for the Chargers, Williams logged 110 tackles (four for loss) and 22 defended passes. He also had three interceptions for 114 yards.

The Steelers will need depth at the center position if backup J.C. Hassenauer steps in at guard on Monday versus Bengals. 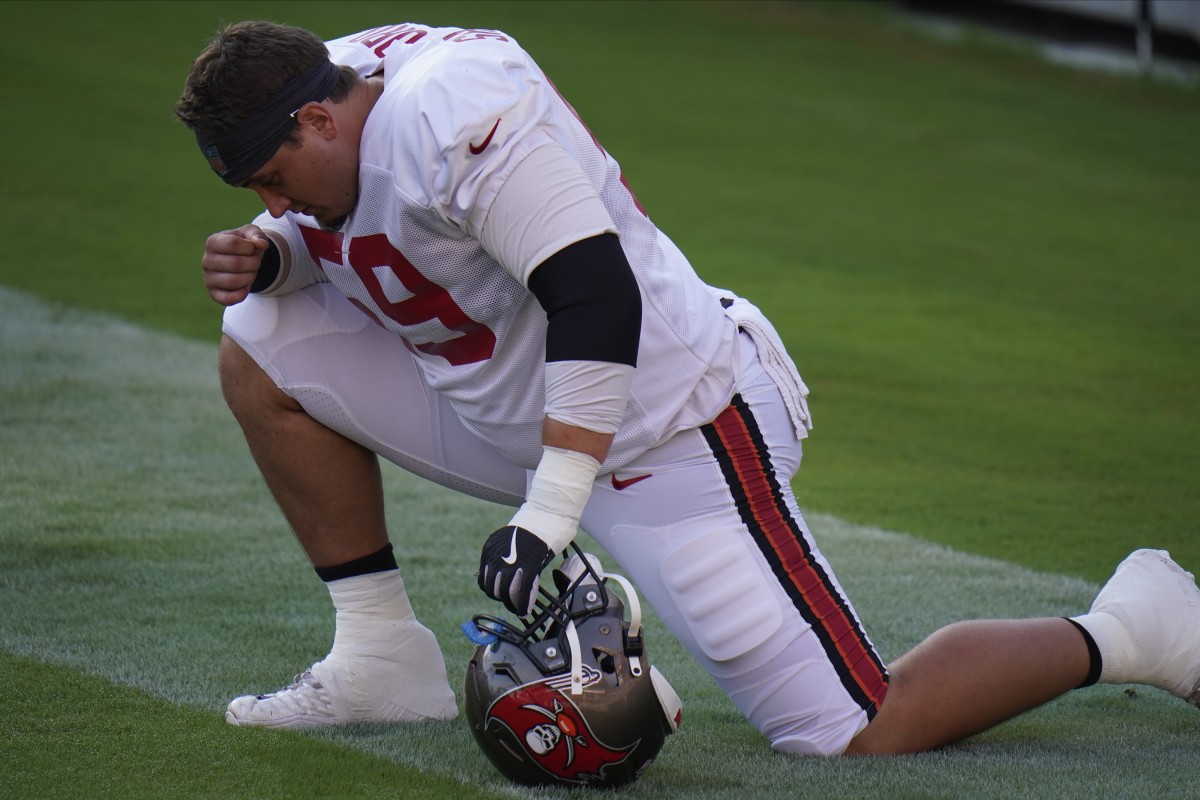 Zach is back! According to the NFL transaction wire, the Pittsburgh Steelers brought center Zach Shackelford in for a Friday tryout. Shackelford had a tryout earlier this month shortly after Maurkice Pouncey was placed on the Reserve/COVID-19 list.

The Texas Longhorns product started 40 of 43 games at center. The Tampa Bay Buccaneers signed him as an undrafted free agent following the 2020 NFL draft but released him on cut-down day.

With injuries to guards Matt Feiler (pectoral) and Kevin Dotson (shoulder), offensive line depth is thin. Backup center J.C. Hassenauer stepped in at guard during the Buffalo Bills game, and he’ll likely do the same on Monday.

If signed, Shackelford could be backing up Pouncey. 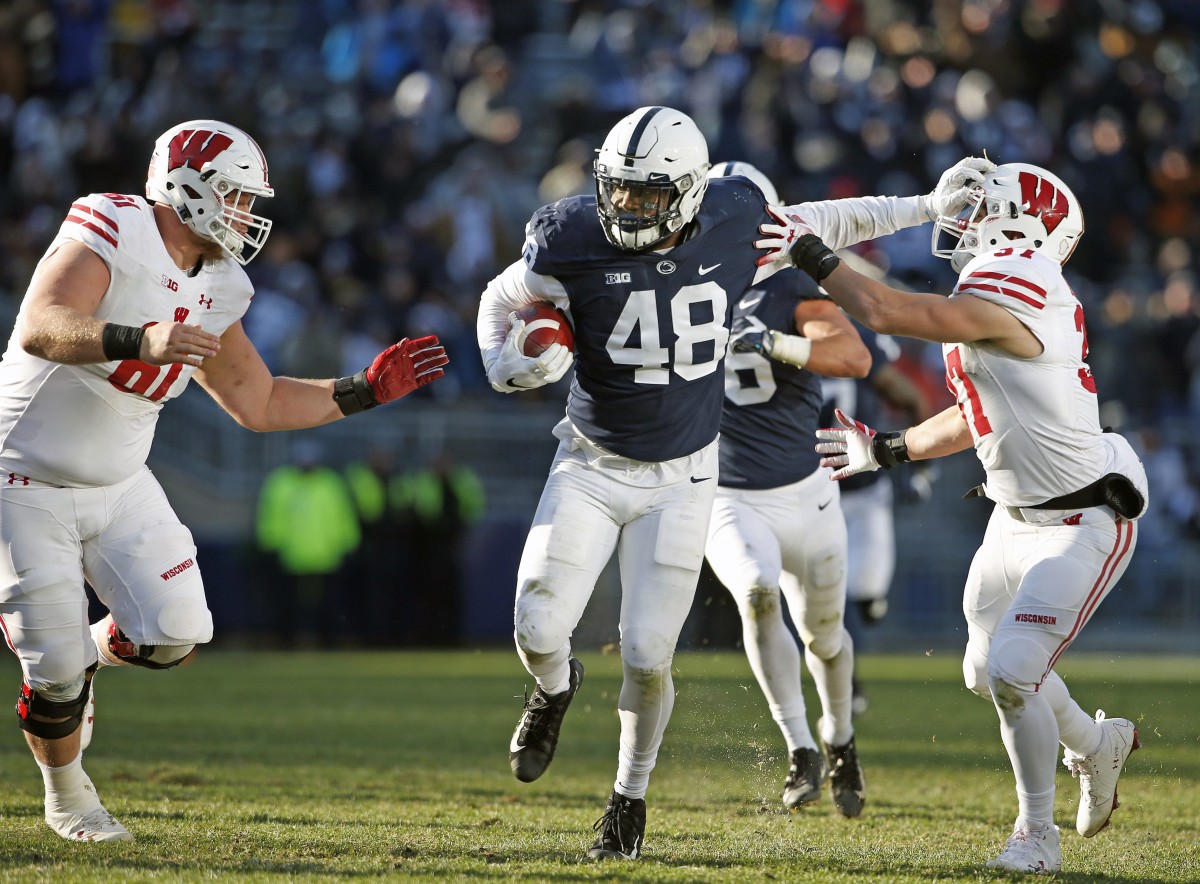 Two days after his release from the Philadelphia Eagles practice squad, former Penn State defensive end Shareef Miller found himself on the other side of Pennsylvania.

A fourth-round selection by the Eagles in 2019, Miller was active for just two games his rookie year — two snaps on special teams. He was released before the start of the 2020 season and spent some time with the Carolina Panthers before being re-signed to the Eagles practice squad.

While Miller was a defensive end for the Eagles, his 6’4, 255-lb. frame and pass rush skills project him as an outside linebacker in Pittsburgh. The team needs reinforcements after losing Bud Dupree to a torn ACL in Wednesday’s game.

With the Shackelford tryout, the Steelers must anticipate that center Maurkice Pouncey will be out for some time. He was placed on the Reserve/COVID-19 list before kickoff on Wednesday.

The Pittsburgh Steelers worked out a Florida Atlantic tackle. 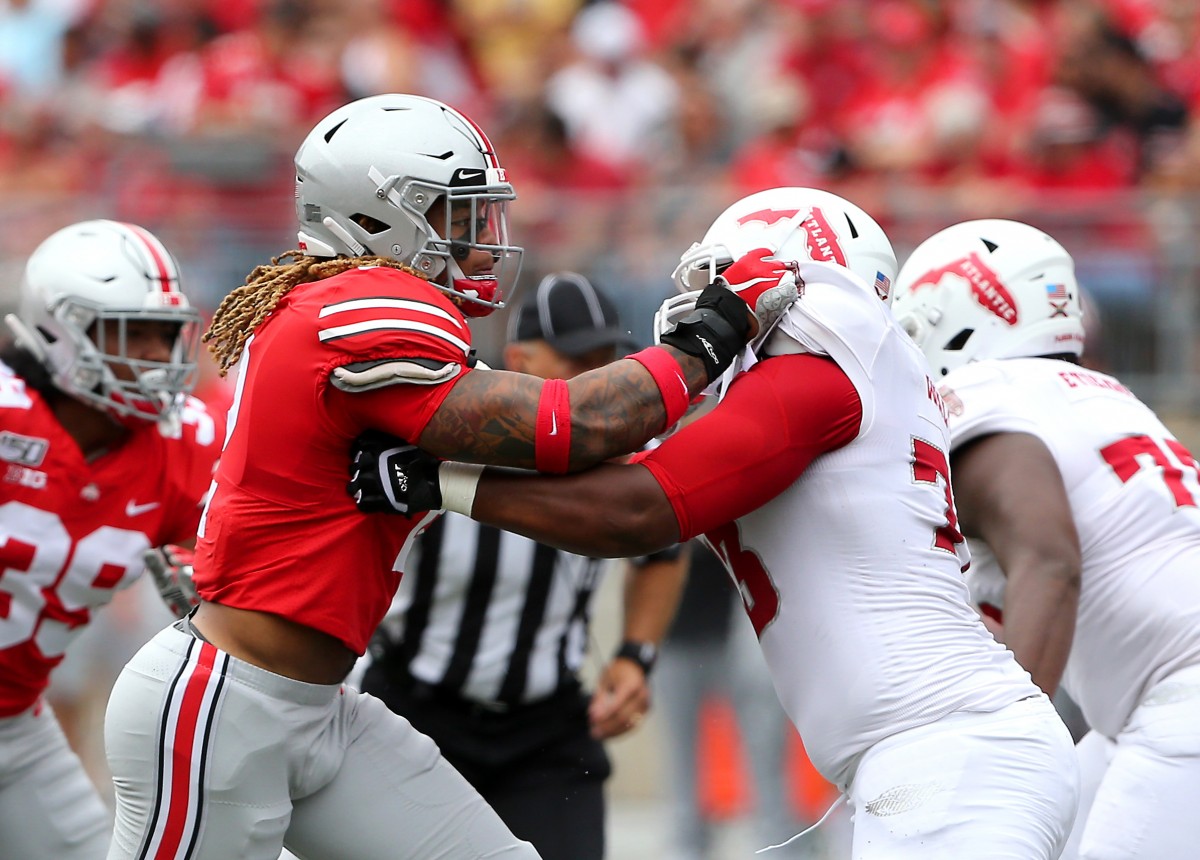 The Pittsburgh Steelers are on a hunt for tackles after Zach Banner (torn ACL) was lost for the season in their win over the New York Giants on Monday. He was placed on injured reserve Wednesday and will undergo knee surgery on Friday.

To add depth on the practice squad, Brandon Walton, a tackle out of Florida Atlantic, was hosted by the Steelers on Wednesday, per the NFL transaction wire.

Walton, signed as a 2020 undrafted free agent by the Buffalo Bills, has been a hot commodity since the team released him last week.

The 6-4 and 311-pound tackle worked out with the Seattle Seahawks and the Kansas City Chiefs last week.

According to our friends over at Chiefs Wire, Walton appeared in 44 games in four seasons with the FAU Owls and has experience at both right and left tackle. Walton jumps out on tape against high-level competition like Chase Young, the No. 2 overall pick of the 2020 NFL Draft.

Chuks Okorafor, who was co-starter on the Steelers initial NFL-mandated depth chart of the season, is expected to take over for Banner at right tackle.

Tackles Derwin Gray, Anthony Coyle, Jarron Jones and Jerald Hawkins are currently on the Steelers practice squad. One of them will move up to the active roster to backup Okorafor.

As the practice squad has a rotating door on it, steady tryouts are conducted throughout the season.

Two wide receivers had tryouts with the Pittsburgh Steelers. 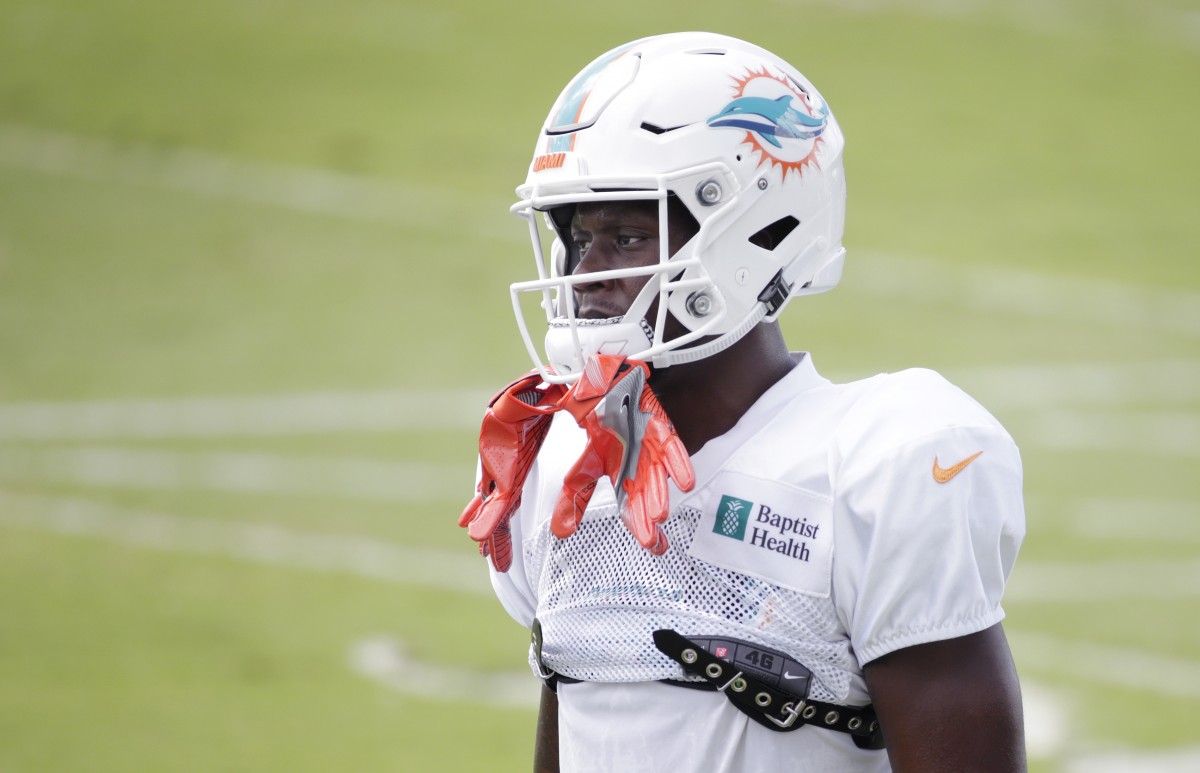 Per the NFL transaction sheet, wide receivers Chester Rogers and Ahmad Wagner were welcomed to Pittsburgh for tryouts on Saturday.

Rogers, a product of Grambling State, was waived by the Dolphins on Sept. 1, and recently visited with the Green Bay Packers. He was signed as an undrafted free agent in 2016 by the Indianapolis Colts, where he appeared in 53 games (22 starts). During Rogers’ time with the Colts, he logged 1,221 receiving yards and five touchdowns.

Wagner signed an undrafted free agent deal with the Chicago Bears this offseason, but was released at the end of training camp. Wagner was second to Lynn Bowden on the Kentucky Wildcat leaderboard, but no luck yet cementing himself as a pro.

There could be a few reasons for the Steelers’ desire to workout receivers. With Diontae Johnson (foot) having missed practice on Thursday, coaches could’ve realized there weren’t enough “bodies” for practice. Even with Johnson and starting receivers as full practice participants, there can never be enough reserves at the wide receiver position.

Deon Cain and Amara Darboh were placed on the practice squad but not protected. It could be the Steelers haven’t seen enough out of the two receivers recently to be content with their reserve depth.