PACIFICA, Calif. – Golfers around the world dream of playing Cypress Point, the ultra-exclusive Alister MacKenzie masterpiece on the Monterey Peninsula that weaves through sand dunes and forests before finishing alongside the crashing waves of the … 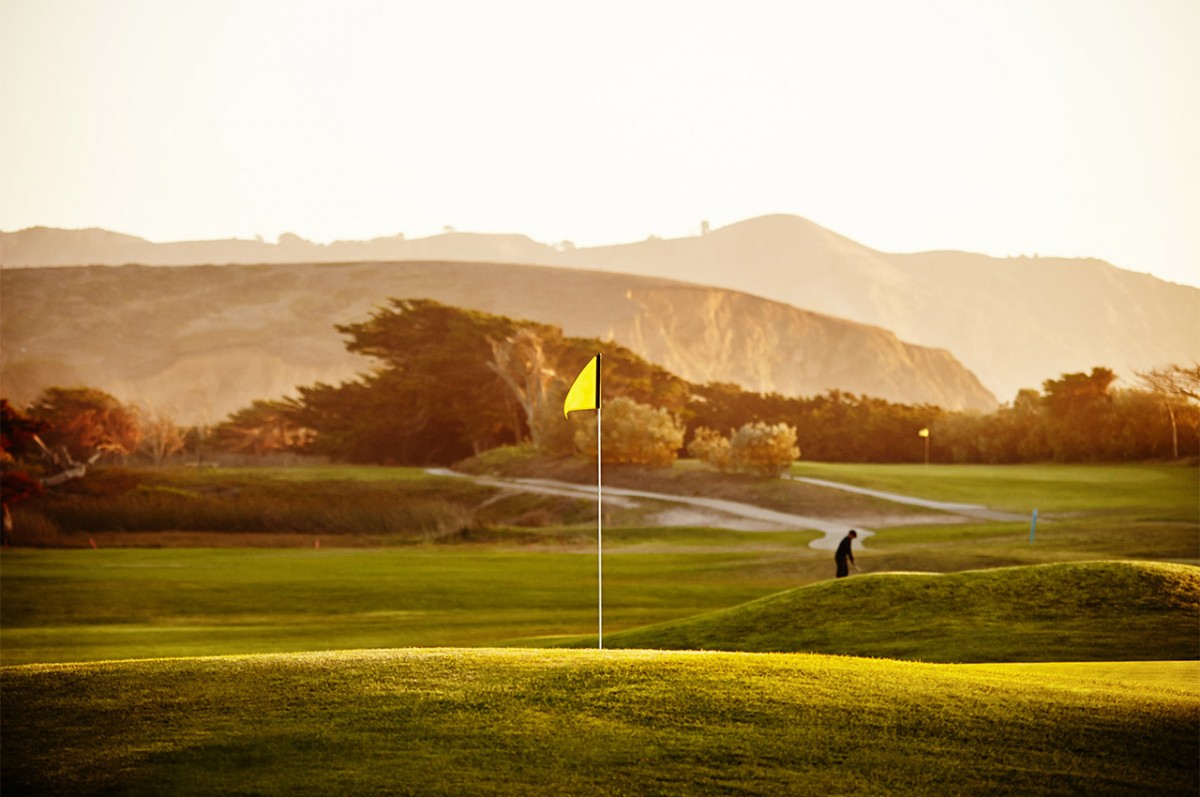 PACIFICA, Calif. – Golfers around the world dream of playing Cypress Point, the ultra-exclusive Alister MacKenzie masterpiece on the Monterey Peninsula that weaves through sand dunes and forests before finishing alongside the crashing waves of the Pacific. For decades it has been counted among a handful of the world’s greatest courses – and if given the opportunity, many a golfer would happily sacrifice a month’s pay to tee it up at Cypress Point.

Or visitors can play another MacKenzie coastal gem 100 miles north on Highway 1 for $54. That “other” MacKenzie is Sharp Park, a San Francisco-owned muni located in Pacifica, a beach town about 10 minutes south. Sharp opened in 1932, just four years after Cypress Point and one year before MacKenzie’s Augusta National. And while Sharp Park is still a fantastic course to play, it’s time to restore one of his municipal greats.

Sharp Park’s history is as interesting as the course itself. The land was donated to the city of San Francisco by the Sharp family in 1917 with the stipulation that it be utilized as a “public park or playground.” John McLaren, creator of Golden Gate Park, envisioned using the property to supplement the existing layouts at Lincoln Park and Harding Park, which were packed with avid golfers. McLaren hand-picked Dr. MacKenzie to design Sharp Park and gave him free rein to indulge every architectural impulse the seaside site had to offer.

MacKenzie considered seaside links land to be “easily the most suitable for the game,” and regarded St. Andrews – where he served as consulting architect early in his career – as the ideal golf course. He authored “The Spirit of St. Andrews” and famously charted the Old Course’s unique double greens and fairway bumps, hollows and hidden bunkers. His detailed map, first published in 1924, remains in print to this day.

In 1914 he assisted mentor H.S. Colt in designing St. Andrews’ Eden Course alongside the Eden Estuary northwest of the Old Course. But ironically, MacKenzie himself designed very few seaside links – only five of his more than 50 courses worldwide. In addition to assisting on the Eden Course, MacKenzie remodeled links at Seaton Carew on England’s northeastern coast (1925) and Old Tom Morris’ Lahinch (Ireland, 1927). Only Cypress Point and Sharp Park were his own original seaside links creations.

MacKenzie was intent on recreating a Scottish links at Sharp Park. In 1930 he announced Sharp would be “as sporty as the Old Course at St. Andrews and as picturesque a golf course as any in the world.” He laid out the course and entrusted colleagues Chandler Egan, Robert Hunter Jr. and Jack Fleming to carry out the work.

The good doctor and team took full advantage of the coastline and dunescape on the west half of the property by laying out holes in varying directions to highlight natural features. Consider the stretch of holes two through eight:

Over the decades the story of Sharp Park has taken some twists and turns, but the ethos of the property, and the enjoyment of those who play it, has never waned.

In 1941 major storms damaged the beach holes. Rather than rebuild them, the city created four new inland holes. In subsequent decades, the sequencing of the course changed, certain holes were shortened and greens shrunk into ovals. Cart paths or trees now sit where clusters of bunkers once dotted the landscape. Thankfully there was never a major redesign or renovation that altered the original landforms of the greens or bunkers.

In 2011 a federal lawsuit filed to protect habitat for the San Francisco garter snake and California red-legged frog threatened to close the course for good. Local golfers, led by Richard Harris and Bo Links, assembled a team of lawyers, environmental experts, philanthropists and volunteers and won an eight-year legal battle to keep Sharp Park an 18-hole course, open to all at a modest greens fee.

Thanks to the community, when you walk out to the first tee today you can still feel the sea air. You can still hear the laughter and camaraderie of locals aged 5 to 95. And you can still see the subtle contours and hillocks crafted by MacKenzie.

Now that the course has been saved, those of us who love Sharp Park and understand its history believe it is time to restore MacKenzie’s municipal masterpiece.

Due to litigation, environmental regulations and politics, a large-scale restoration hasn’t occurred, but we have plans to do preservation maintenance work so a future generation can enjoy this historic legacy. I have been working with course designer Tom Doak, the Alister MacKenzie Foundation and San Francisco Public Golf Alliance, along with city officials, to figure out what can be done, when and how. In the meantime we are doing what we can to showcase MacKenzie’s artistry. Last year our team used a 1931 irrigation map and historic aerial photos to flag out the original dimensions of several greens. The grounds crew has mowed out the edges of two of them so golfers can see the undulation and size of MacKenzie’s original putting surfaces.

In May thousands will descend upon San Francisco to watch the world’s best tee it up at the PGA Championship. Local leaders will proudly tout TPC Harding Park as the city’s crown jewel. No doubt they will highlight investments made to the municipal course in the early 2000’s, largely at the urging of former USGA president Sandy Tatum.

All the while, just 6.5 miles away sits Alister MacKenzie’s greatest municipal course, a linksy layout on the Pacific with infinitely more character just begging to be restored. Hopefully the city will take the approach it did 90 years ago at Sharp Park (and 20 years ago at Harding Park) and invest in golf. The community and the game deserve such.