Castleton has until July 7 to decide if he will return to Florida or keep his name in the draft. 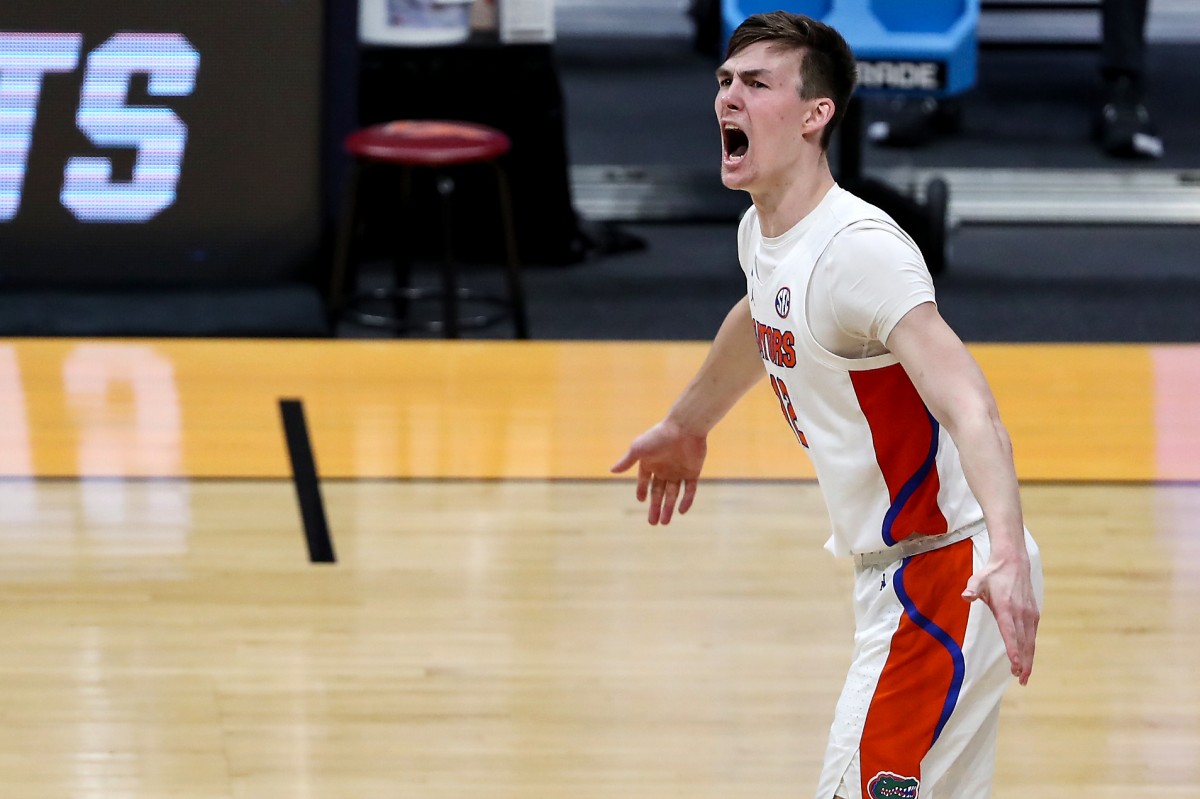 After not landing an invite to the NBA or G League combines, many expected Florida center Colin Castleton to return to school for his redshirt junior season. But the former Michigan Wolverine, who revitalized UF’s frontcourt play in 2020-21, totaling 12.4 points and 6.4 assists in his first season with the team, told FloridaGators.com senior writer Chris Harry that he hasn’t made that call yet.

“I wouldn’t say I’m leaning either way. I’m still open,” Castleton said earlier this week. “I’m really still focused on these next few days and leaving my best impression on these NBA guys. Whatever I decide, I think it will turn out great.”

Though he didn’t earn an invite to the combine, he’s still worked out individually for several NBA teams, including the Memphis Grizzlies, Milwaukee Bucks and Minnesota Timberwolves. His final meeting is set for next week with the Cleveland Cavaliers.

He doesn’t have much longer to mull it over, though. The deadline for underclassmen to withdraw from the draft and maintain their college eligibility is July 7, so Castleton will have until then to decide if he will return to the Gators for the 2021-22 season.

Castleton was a force on the defensive end last season, racking up a team-high 54 blocks on the season. But his offensive game still has a ways to go, and considering he lacks a three-point shot (he’s currently 0 for 8 in his college career), he doesn’t exactly fit as a center in the modern NBA.

Even his teammate, fellow draft prospect Tre Mann, mentioned Castleton in his scouting report of the upcoming Florida team, which would imply that he expects the big man to come back to Gainesville.

That’s why Castleton is expected to take the advice he received from the pre-draft process and return to school to work on his game. If that’s the route he ends up deciding to go down, he said that fans will see an improved version of him in the Orange and Blue this fall.

“You’ll definitely see a difference,” he said. “I definitely feel more athletic. My legs feel stronger. I haven’t changed much [muscle] tone, but I think the workouts have helped me with explosiveness which will help me run the floor, catch lobs and block shots — all the things these [NBA] guys want to see.”

Florida is definitely banking on Castleton’s return. Though it added four players this offseason through the transfer portal, none of them are big men. Castleton provided the spark at the center position that the Gators have been searching for since coach Mike White arrived in 2015. Getting him back and having the opportunity to build off that progress will be a major factor in UF’s success on the court.