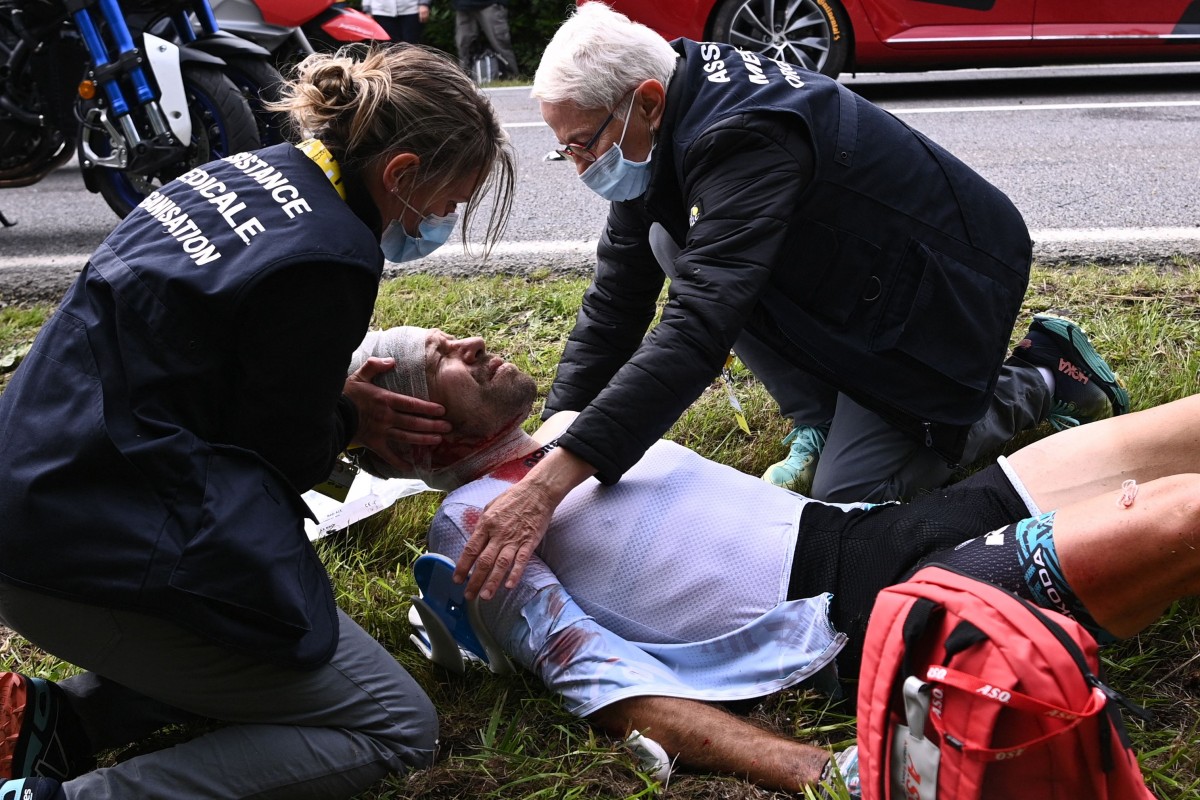 There are always crashes that come with the Tour de France, naturally. It’s a bike race and accidents are bound to happen.

But a crash like this should absolutely never happen — mostly because it didn’t have to. Especially not in the first stage of the race.

Riders went down in droves the first stage of the race after German cyclist Tony Martin hit a sign from a fan that got a little too close to the action. Martin going down knocked down his entire team and dozens of other riders along with him.

It was a really bad crash and a pretty scary one.

This just happened in the Tour de France. pic.twitter.com/MIvVdjeBJn

The fan was holding up a sign that read “Allez Opi-Omi” which is German for “Go grandma and grandpa,” per NBC Sports.

The crash is even scarier when you look at it from a bird’s eye view.

The race did continue, however. French cyclist Julian Alaphilippe won the first stage despite the chaos.

Victory for Alaphilippe in Stage 1!

He captures a frenzied and exciting stage victory to start this year's @LeTour. pic.twitter.com/nEsPOW9rtS

Still, this was totally terrifying. Hopefully there weren’t any major injuries and everyone is relatively OK.

Please, fans. Stay out of the way on Stage 2.

Everything you need to know about the virtual Tour de France, which starts over the Fourth of July weekend. 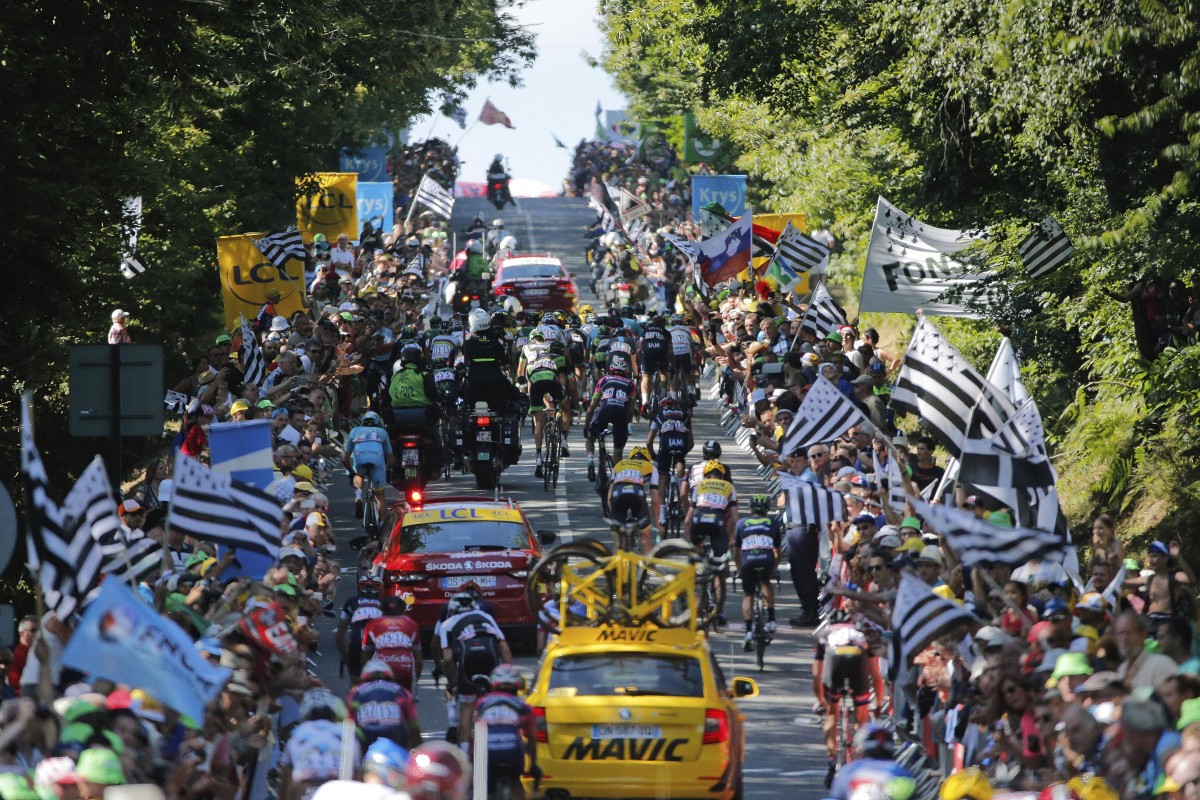 The 2020 Tour de France should be going on right now, but it has been postponed until later this summer due to the global coronavirus pandemic.

To tide over cycling fans, the website Zwift is hosting a virtual Tour de France over the next three weekends and livestreaming it worldwide. Zwift built special new online worlds to host the stages and make it feel as lifelike as possible.

There will be a men’s and women’s race happening concurrently, and each weekend will see different stages at different virtual parts of France.

Below is everything you need to know about the virtual Tour de France, including how to watch it in the United States.

July 11 and 12: Stages three and four, northeast and southwest France

You can stream the event worldwide via the Zwift website or in the U.S. via NBC Sports Gold.

When is the 2020 Tour de France going to be held? Postponement and rescheduling details, plus how to watch the virtual race. 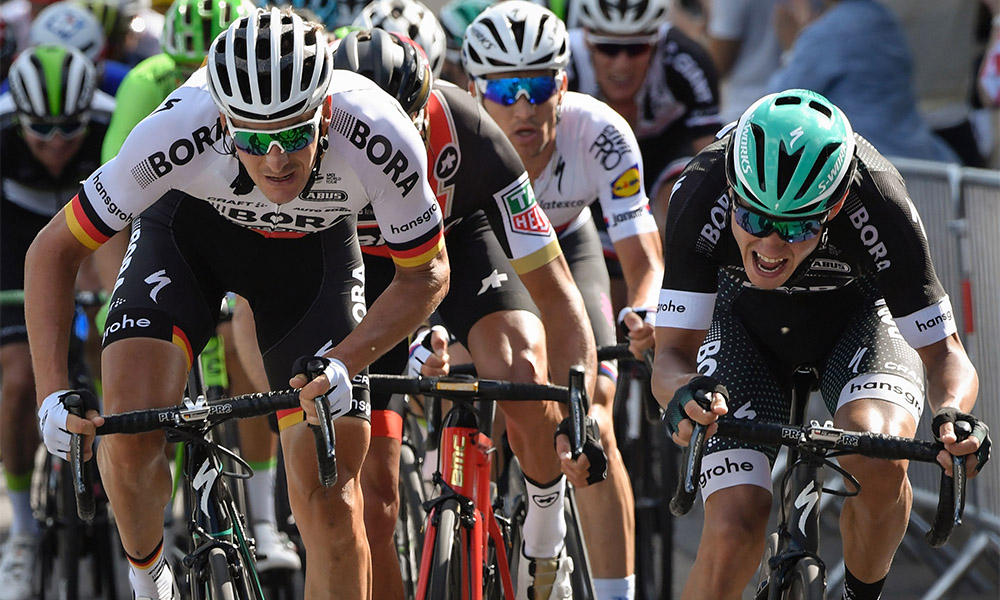 The 2020 Tour de France was meant to be taking place right now, with the original dates scheduled from June 27 to July 19. Due to the global coronavirus pandemic however, as well as at least one rider scheduled to take part in the race testing positive for the virus, organizers have rescheduled the race.

The Tour de France will now take place from August 29 to September 20 of this year.

In the meantime, however, there is a “virtual Tour de France” starting over the Fourth of July weekend.

It will take place over the following three weekends.

“Nobody dopes, and is honest.” 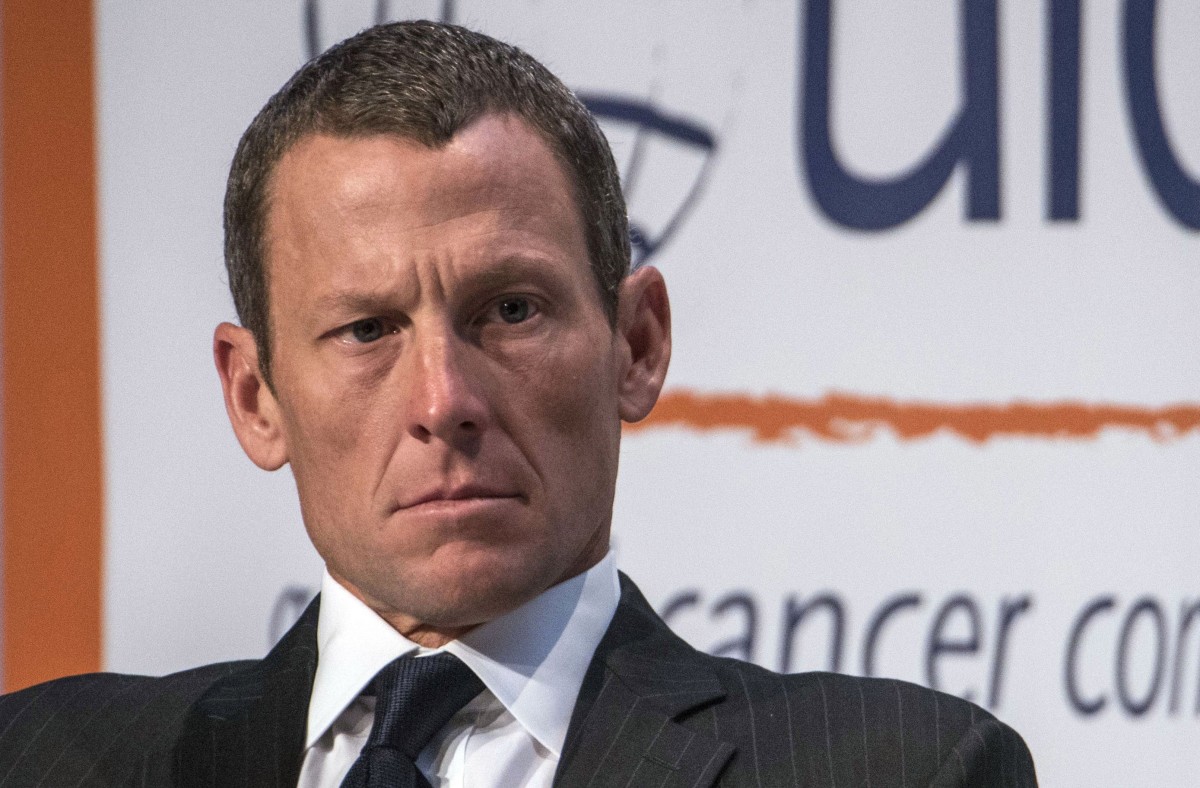 Lance Armstrong kept it simple when talking about the “10,000 lies” he delivered over the years while covering up his doping.

“Nobody dopes, and is honest,” Armstrong said in an exclusive clip given to For The Win that you’ll see in the second part from Lance, the documentary airing on ESPN Sunday at 9 p.m. ET.

He went on to explain why his lies all snowballed. He started by denying when asked about the allegations, then “you take a step further” and say don’t ask about it again, and then the lawsuits come … and as Armstrong says, it gets so much worse.

(WARNING: Some NSFW language ahead) 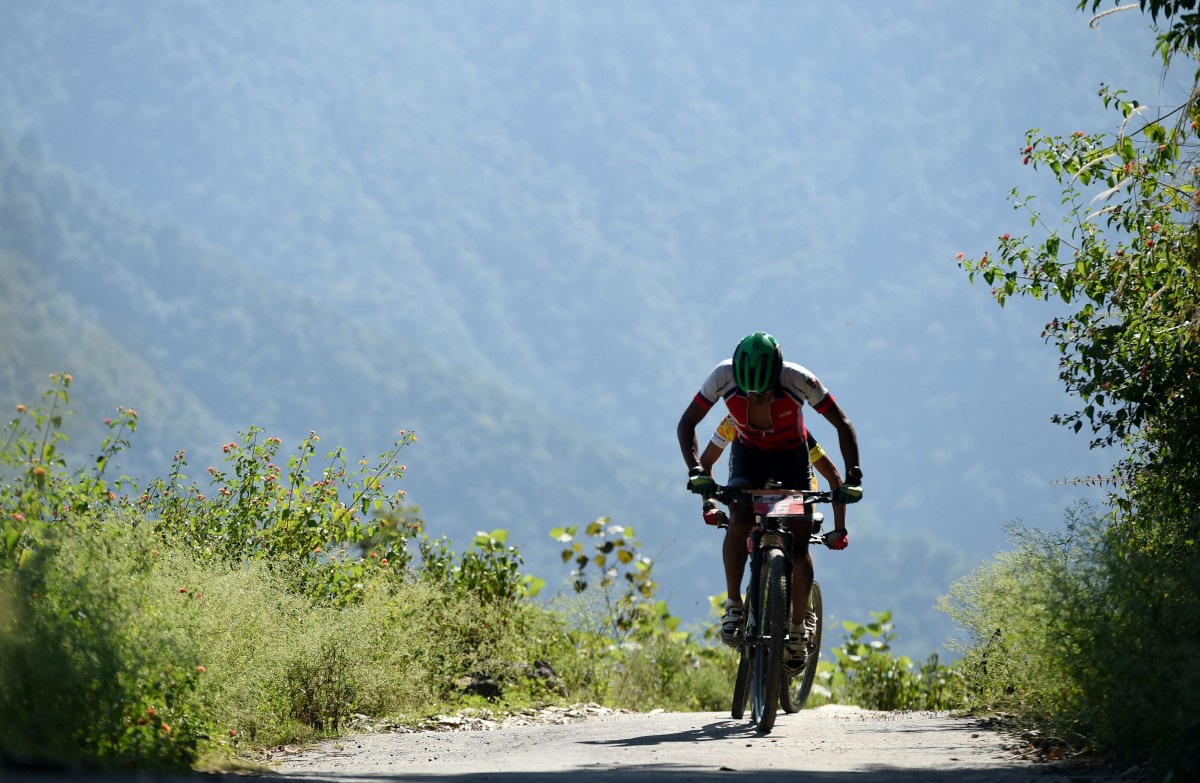 One of the newer events on the cycling calendar kicks off with the first stage of the UAE Tour on Sunday. Having started only a year ago, this race gives riders the opportunity to put their stamp on the early history of the event if they are able to secure victory in the United Arab Emirates, starting with the opening stage.

One competitor is guaranteed to win their first UAE Tour this year, as the wire-to-wire winner of last year’s event will not be present at the running of this race. Defending champion Primoz Roglic has opted to take part in a race in France instead of the UAE Tour. However, there will still be plenty of big names to look forward to at the 2020 UAE Tour.

Chief among those names is Chris Froome, who is looking to come back strong after a crash that nearly derailed his career entirely. The four-time Tour de France winner would be considered the favorite under most circumstances but is simply looking to get back into race shape here. Alejandro Valverde finished second in the race last year and will look to move up a spot in this edition of the UAE Tour without Roglic to get in his way this time around.

We recommend interesting sports viewing and streaming opportunities. If you sign up to a service by clicking one of the links, we may earn a referral fee.