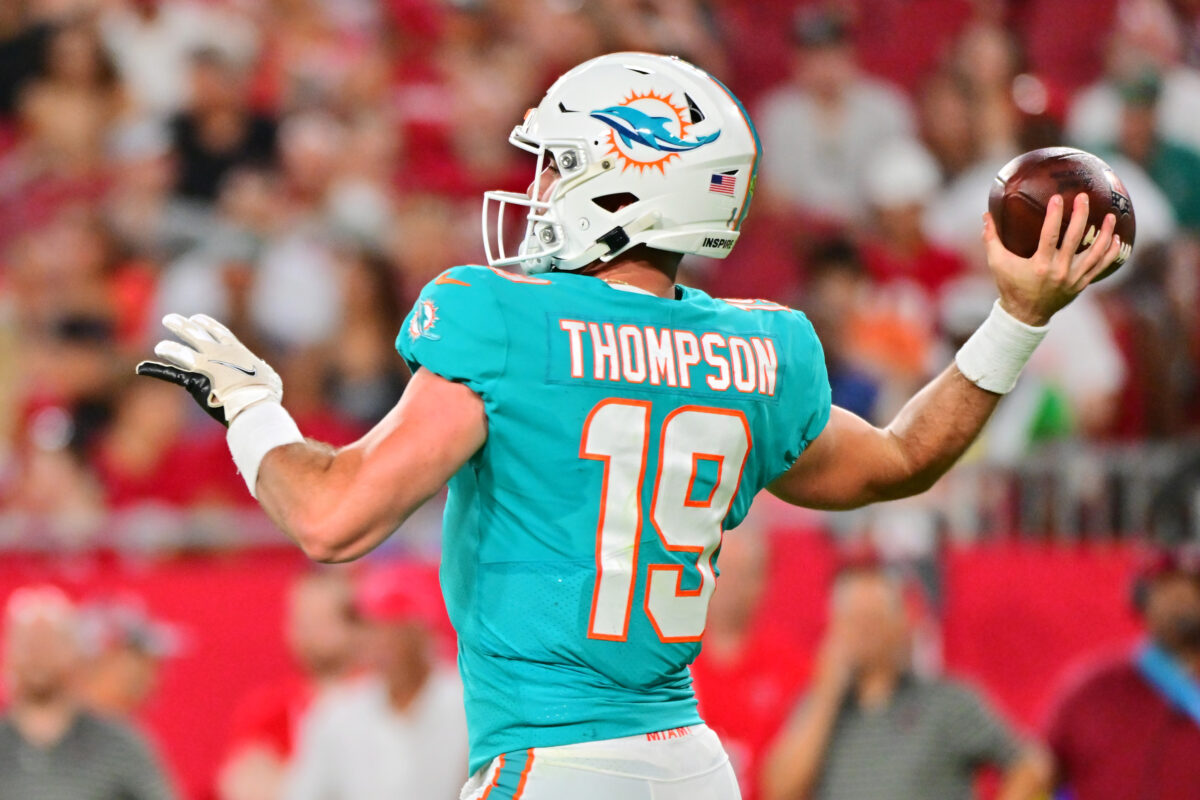 When the Miami Dolphins selected Kansas State’s Skylar Thompson in the seventh round of the 2022 NFL draft, there were a number of fans and pundits that were confused by the pick.

Thompson was 24 when he was drafted and turned 25 over the summer, so he’s much older than your average rookie. On top of that, in his collegiate career, his numbers never jumped off the page, as he totaled 7,124 yards, 42 touchdowns and 16 interceptions in his five seasons.

However, Thompson’s first two preseason performances have shown Miami’s coaching staff and front office a little something. Of all quarterbacks that have only played in two games, he’s third in completion percentage (76.3%), fourth in passing yards (347) and tied for second in passing touchdowns (two).

Dolphins quarterback coach Darrell Bevell spoke with the media this week about the rookie, and he had some praise to heap on him.

“He looks like he belongs out there. He looks like if he got a call, he would be ready to go,” Bevell said (transcribed by the Miami Herald). “I wouldn’t say [I’m] surprised, but I’m very encouraged and pleased how far he has come in the mental part of it. The skill set we saw on tape is what we really liked. The makeup of the guy and the work ethic he has, has enabled him to do what he’s doing. The skill set is there.

“He studies his stuff. He’s on top of it. The best technique thing we talked about are feet. That’s what sets the timing for our offense. He has bought into that and is doing a great job of throwing on rhythm. His feet speak to him and tell when the ball is supposed to be out and where it’s supposed to go. He’s really buying into the details.”

While there are some clamoring for Thompson to be the backup in 2022, he was really fighting for a roster spot. If he did poorly, it was likely that he’d be on the practice squad, but his performance has probably earned him a roster spot.

If he continues on this current trajectory, he could be the backup in 2023, as Teddy Bridgewater’s contract was only for one year.

No matter where ends up, it’s clear that Thompson has impressed throughout training camp and the preseason.

“No concerns at this point about Saturday’s game.” 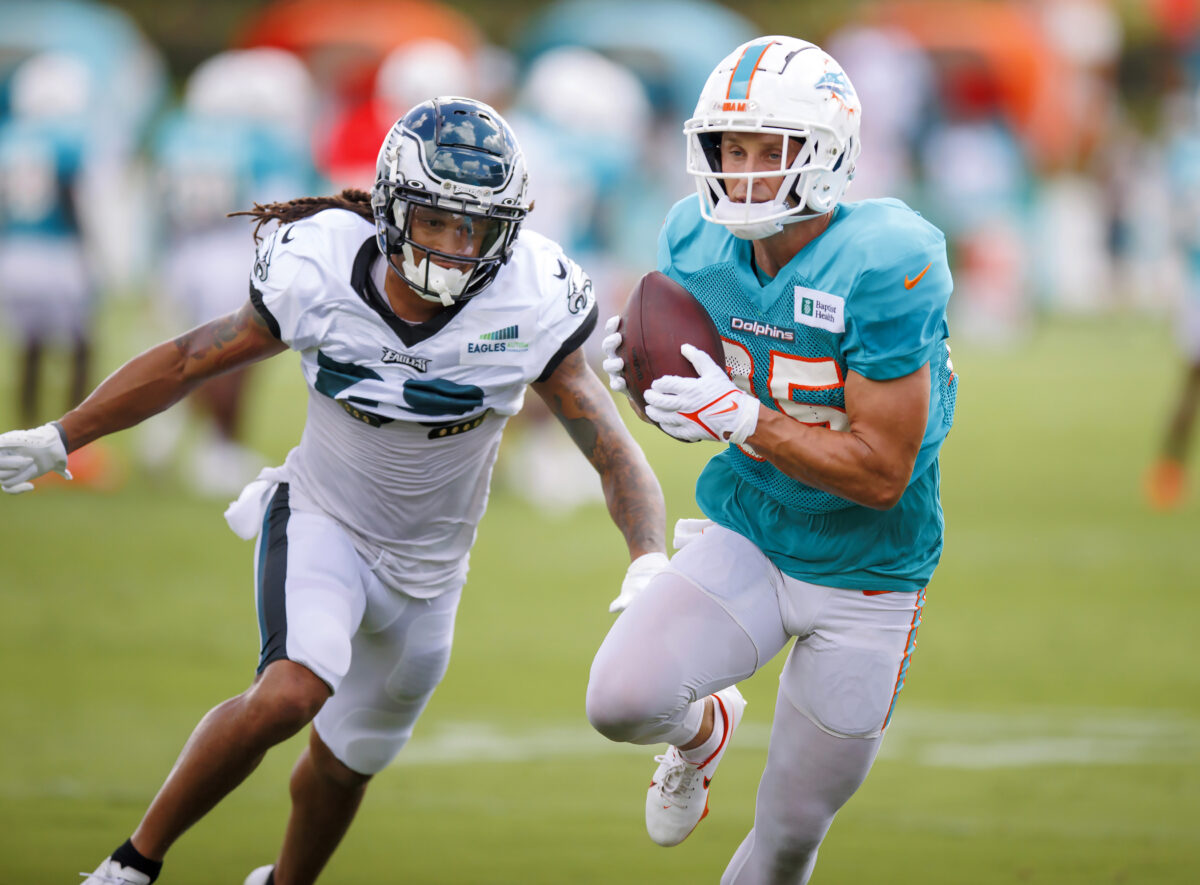 The second day of joint practice between the Miami Dolphins and Philadelphia Eagles was canceled on Thursday morning, with Mike McDaniel’s team announcing it was out of an abundance of caution for non-COVID illness.

According to NFL Network’s Mike Garafolo, the Dolphins had a number of players sick and vomiting overnight. He also reported that the players assumed that it was food poisoning, but after the team cross-referenced what they ate, there was no correlation.

Instead of a joint practice session, Miami will meet virtually and Philadelphia will use the Dolphins’ facilities to hold a solo practice, as NFL Network’s Cameron Wolfe reports that the Eagles are not impacted at this point by the bug.

At this point, there are no concerns about the status of their game on Saturday night at Hard Rock Stadium.

Miami and Philadelphia are still scheduled to meet for a preseason matchup. 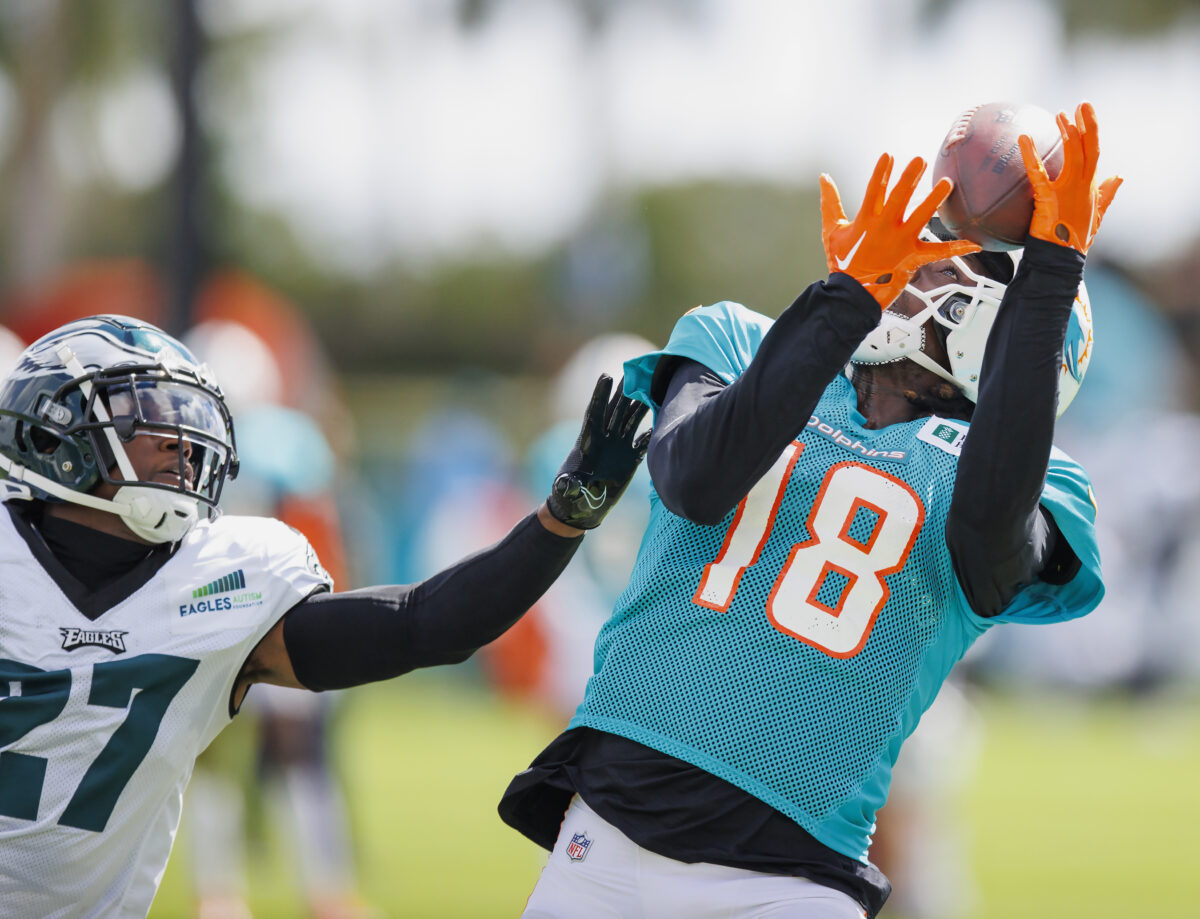 The Miami Dolphins and Philadelphia Eagles, ahead of their Saturday matchup, were scheduled to meet for two joint practice sessions on Wednesday and Thursday.

However, the Dolphins announced Thursday morning that the second practice session was canceled. The South Florida Sun Sentinel’s David Furones reported that the practice was canceled “out of an abundance of caution as a result of a non-COVID illness.”

The Dolphins will meet virtually instead, but, according to Outkick’s Armando Salguero, the Eagles will practice at the Dolphins’ facility, as the two teams prepare to still have their preseason finale at Hard Rock Stadium on Saturday night.

Here’s what happened at the session. 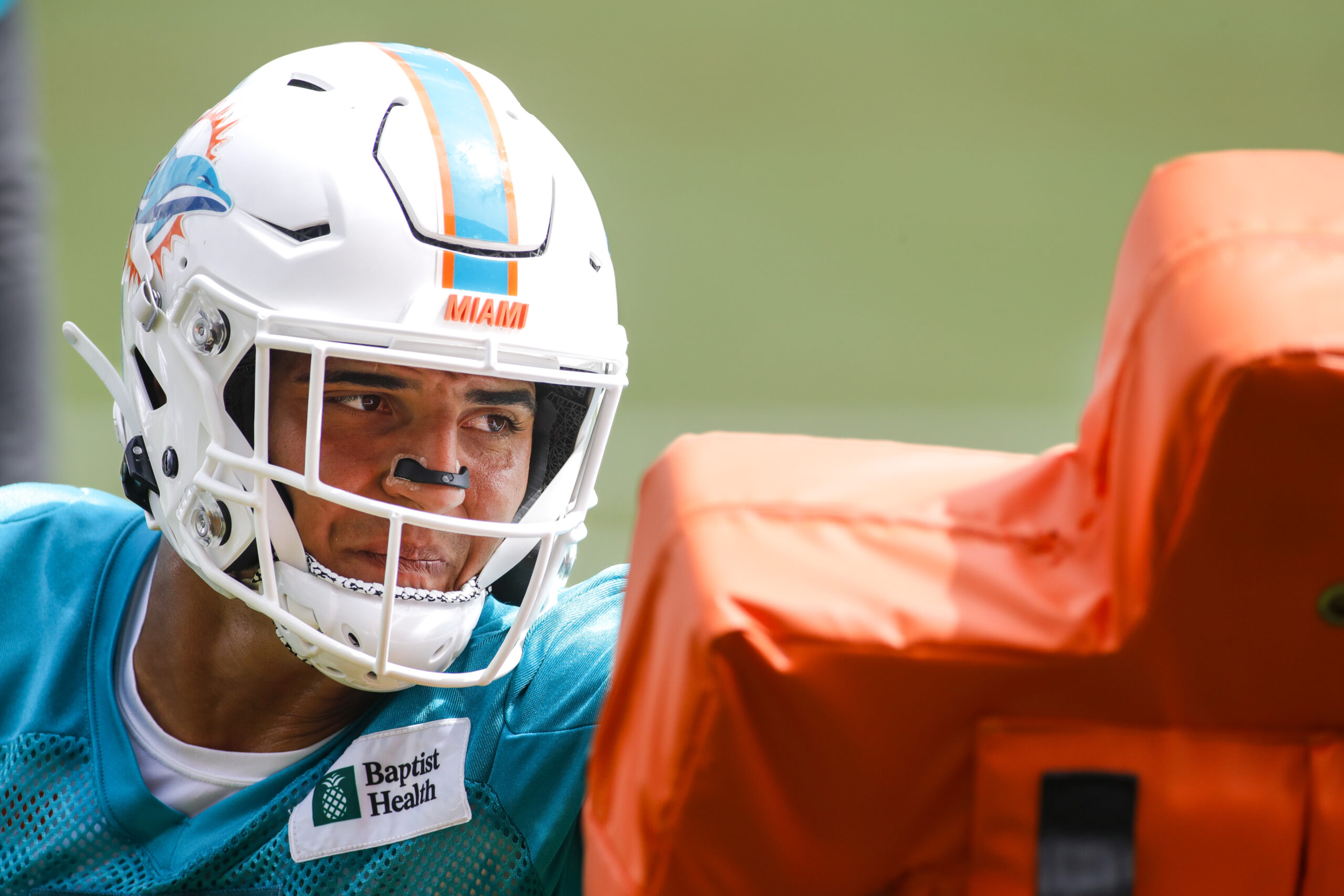 While the Miami Dolphins and Philadelphia Eagles will meet on Saturday night for their preseason finales at Hard Rock Stadium, the teams met for their first of two joint practices at the Baptist Health Training Complex on Wednesday.

Miami, led by Mike McDaniel, and Philadelphia, led by Nick Sirianni, seem to be heading in the same direction, as their quarterbacks are both heading into their third seasons and have been given more weapons to figure out whether or not they’re the right guys for the job.

Here’s what we learned from the first joint practice between the two teams.

Here’s what happened at practice. 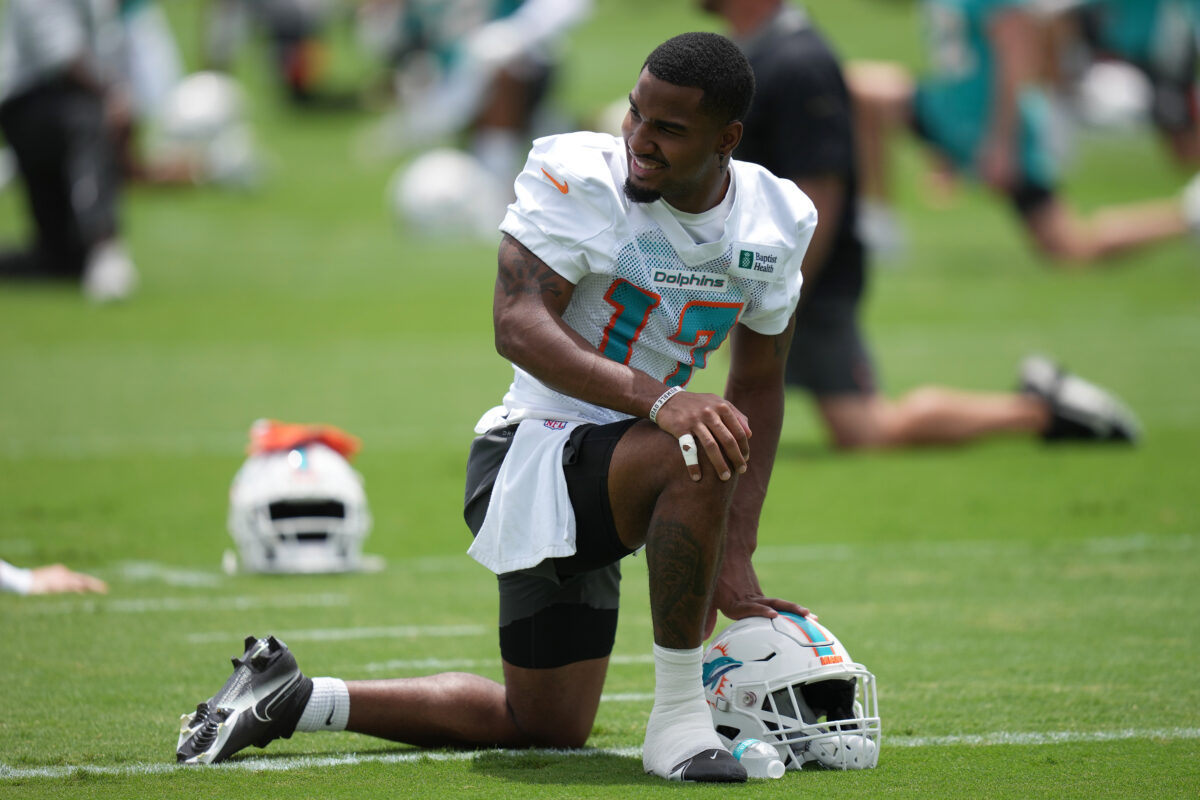 The Miami Dolphins got back on the practice field of the Baptist Health Training Complex on Tuesday for the first time since their preseason loss to the Las Vegas Raiders on Saturday.

After Miami’s solo practice session, they’ll play host to the Philadelphia Eagles for a pair of joint practices that will be attended by fans before the two teams meet for their final preseason matchups.

Here’s what happened during Tuesday’s practice.

What did we learn from the day of practice? 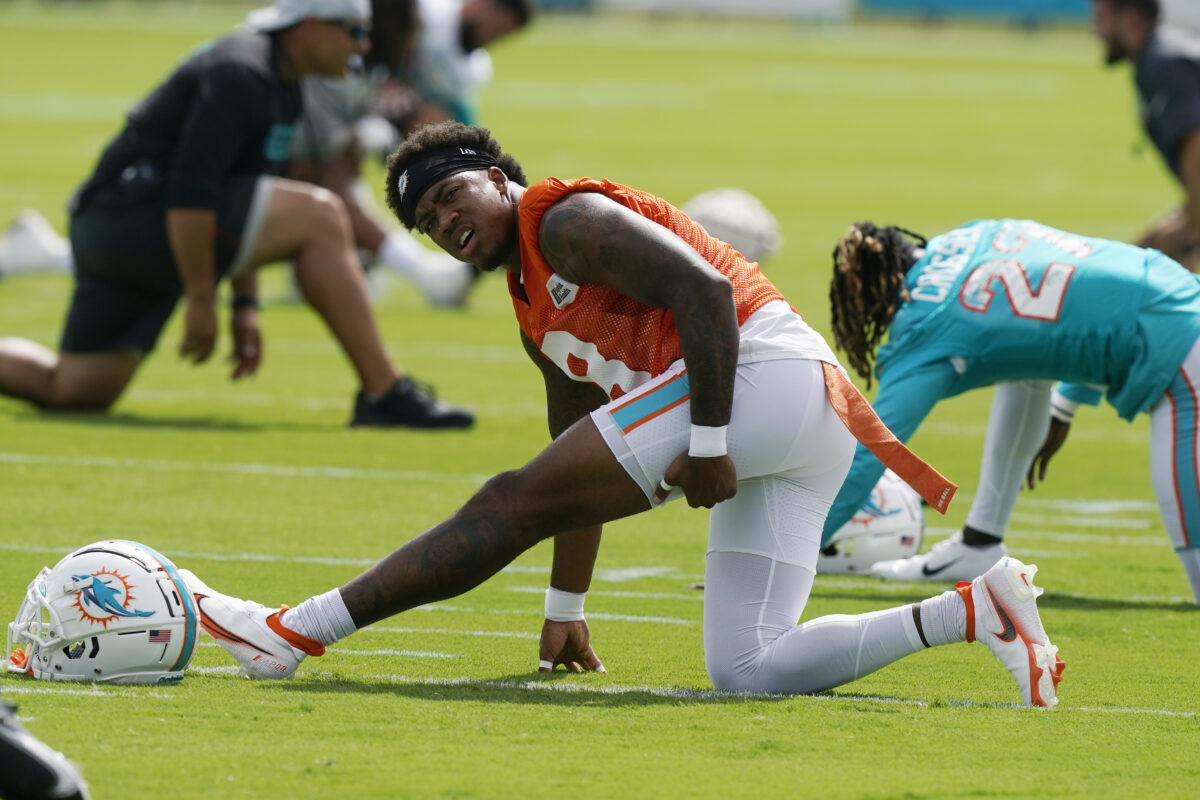 After two practices outside at the Baptist Health Training Complex, the Miami Dolphins moved inside for the final practice of the week before their preseason matchup with the Las Vegas Raiders.

With head coach Mike McDaniel not revealing who’s going to play on Saturday night at Hard Rock Stadium, the players needed to take advantage of the opportunities they got because they might not step onto the field again for another six days when the Dolphins hold joint practices with the Philadelphia Eagles.

Here’s what we learned from the team’s third training camp session this week.

Here’s what we learned. 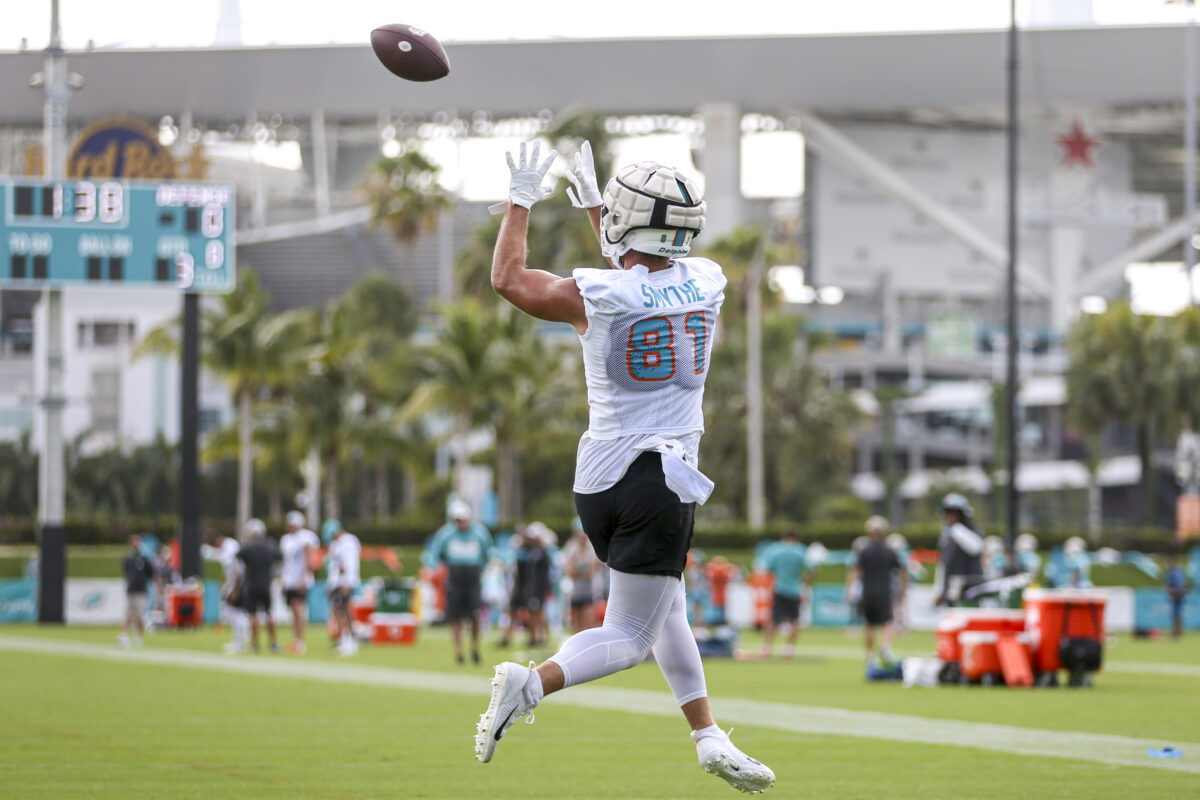 The Miami Dolphins have returned to the Baptist Health Training Complex across from Hard Rock Stadium, and on Wednesday, they held their second training camp session of the week.

With head coach Mike McDaniel not ready to make any claims on which veterans are going to be playing this weekend against the Las Vegas Raiders, including quarterback Tua Tagovailoa, these practices will be extremely important for the evaluation process.

Here’s what we learned from the team’s Wednesday practice.

Here’s what was seen in Tuesday’s practice. 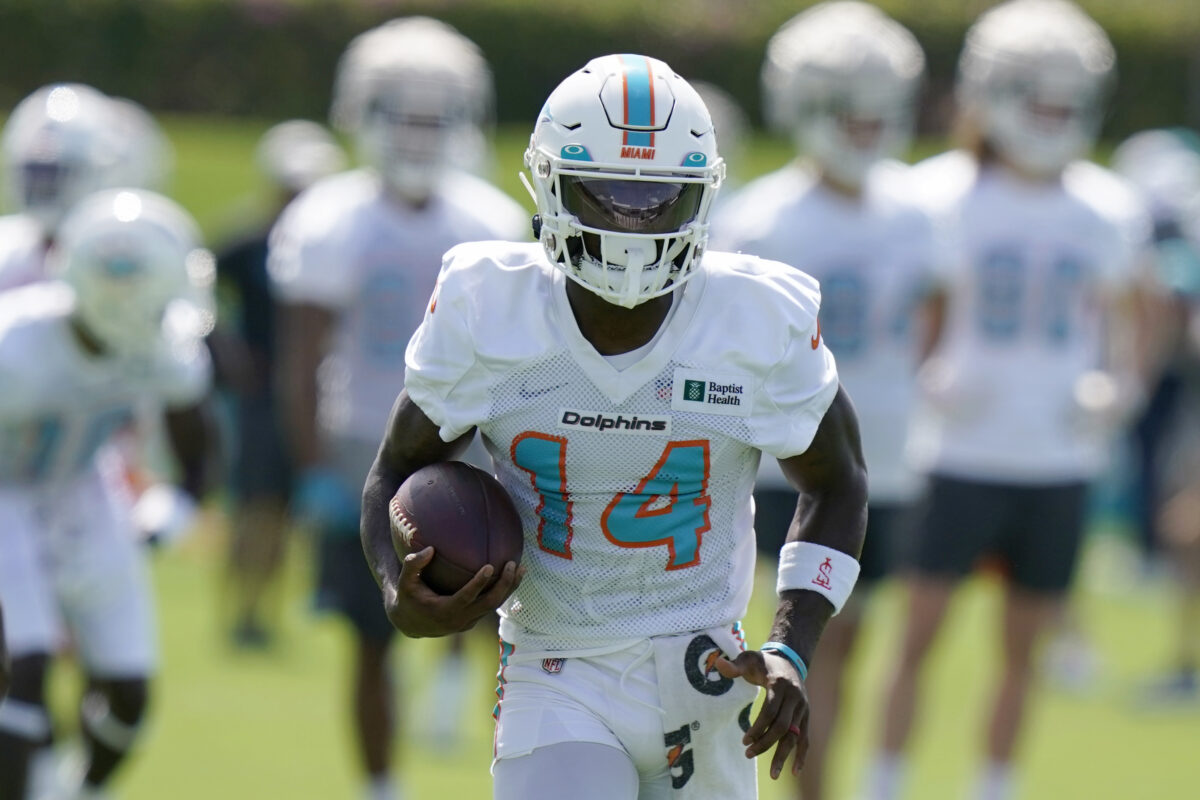 After two training camp sessions and a preseason game competing against the Tampa Bay Buccaneers, the Miami Dolphins returned to Miami Gardens for normal practices at the Baptist Health Training Complex on Tuesday.

Mike McDaniel’s team has made seven roster moves in the last 24 hours, as they signed cornerback Mackensie Alexander and defensive tackle Niles Scott on Monday before making moves to get down to 85 players on Tuesday morning.

As the Dolphins prepare for this week’s preseason matchup with the Las Vegas Raiders, here’s what was seen from the first practice of the week.

A few things that might pique Dolphins fans’ interest. 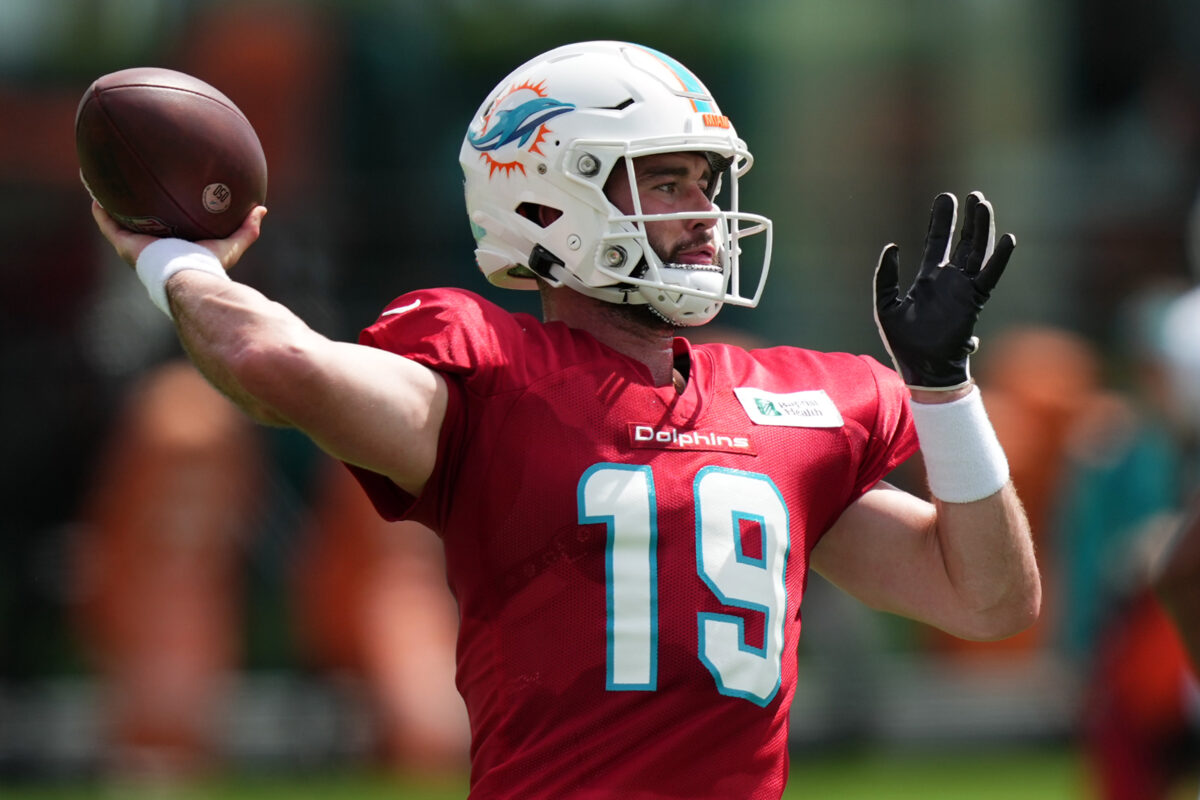 The Miami Dolphins kick off their preseason slate Saturday night in Tampa Bay against the Buccaneers. It will be Mike McDaniel’s inaugural in-game action as head coach, as he officially becomes the 11th (14th including interims) coach in franchise history.

While this is his 16th season as a coach in this league, McDaniel is a rookie as head coach and enters 2022 with a Dolphins team on a two-year winning record streak, despite missing the postseason both years. The Dolphins are looking for their first appearance in the playoffs since 2016 and seeking a victory in the tournament for the first time since the 2000 season.

McDaniel and the Dolphins will face a Buccaneers team just two seasons removed from a Super Bowl victory, and while they may be without Tom Brady because of personal reasons, this is still a strong litmus test for this Miami – a team that enters 2022 with their highest expectations in nearly two decades.

Here are a few things to be focused on during the contest.

Nothing is fully set in stone yet. 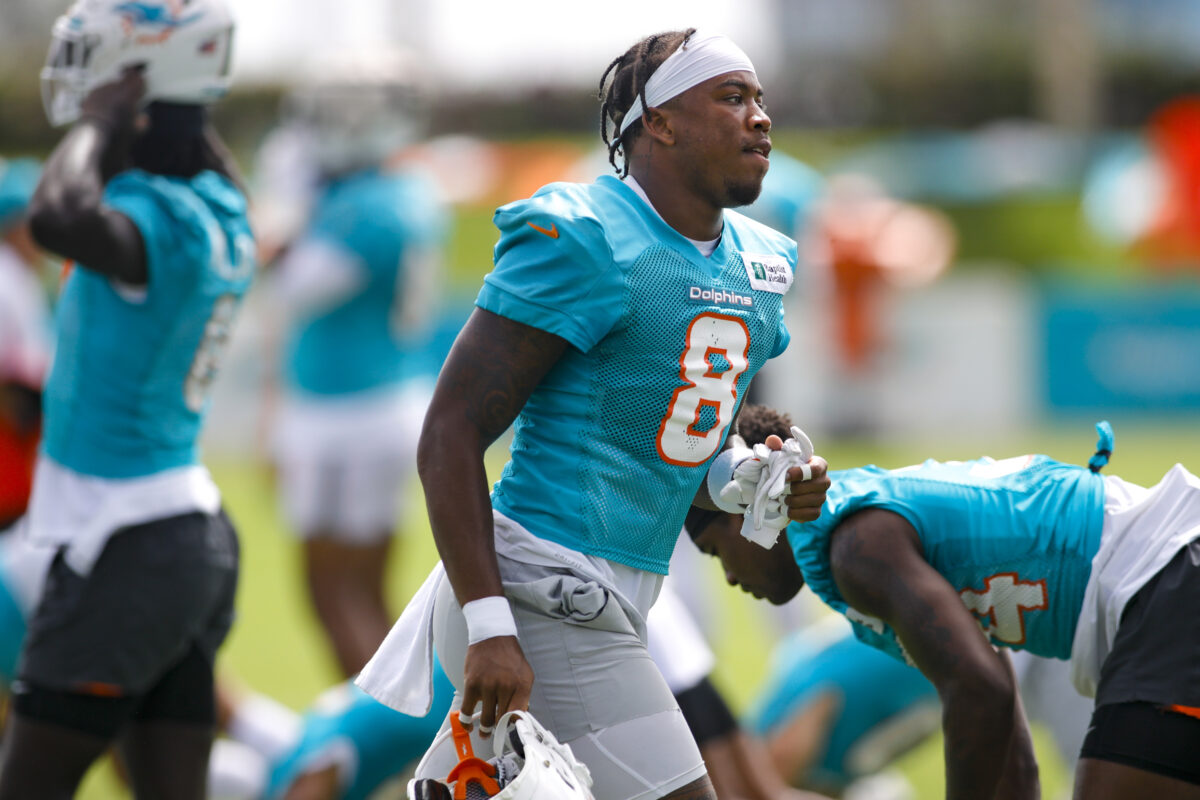 Beyond that, Miami made a concerted effort to keep most of their defense together from 2021, allowing them to continue building upon what they did during the second half of the season.

On Thursday, second-year safety Jevon Holland gave an inside look at how the Dolphins’ play-calling may go in 2022, as he was asked which players were calling the defense.

“We’re switching it up between me and ‘Bake’ (Jerome Baker),” Holland said. “It’s not really set in stone right now. There’s more than one green dot, so we’re just going throughout trying different people.”

Baker has worn the dot in the past, with Sam Eguavoen taking it when the former Ohio State Buckeye is unable to go. However, many NFL teams prefer to have their safeties making the communications, as they typically have more of the field to view.

Holland’s rise in Miami’s defensive system has been extremely impressive. To see him take on the starting role just a few weeks after debuting in the league, and now, potentially taking on play-calling duties, the sky is the limit for the Dolphins’ 2021 second-round selection.