The first true day of March Madness has returned after a two-year hiatus and the men’s NCAA Tournament first round undoubtedly delivered. 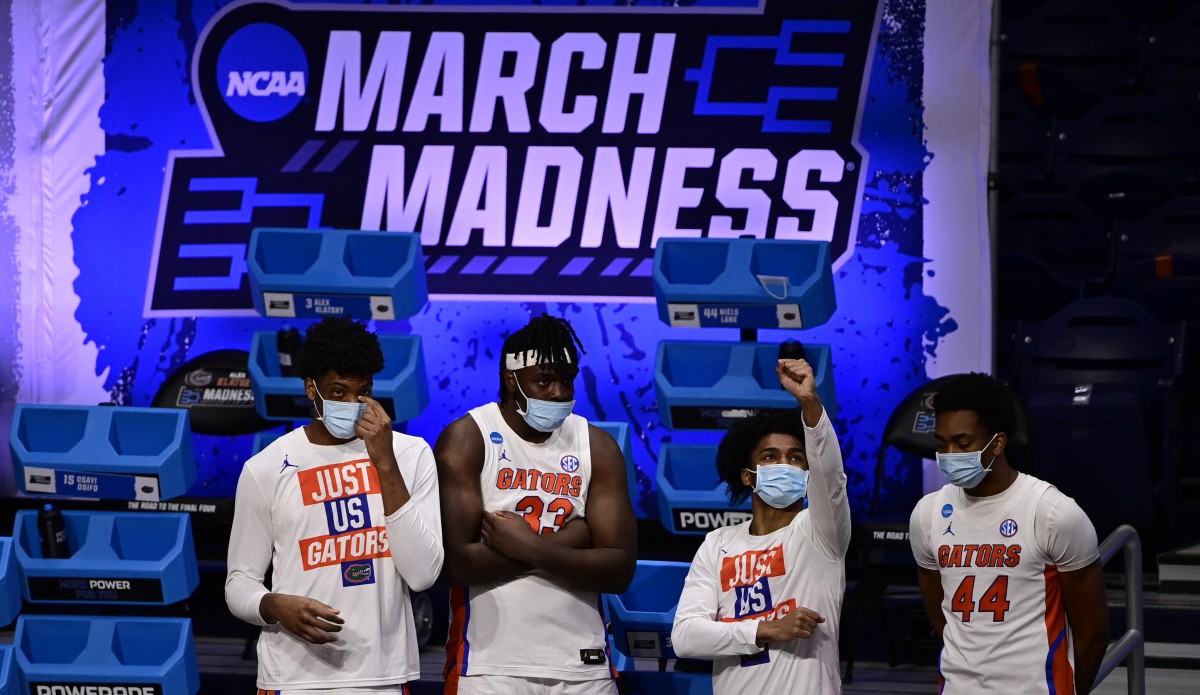 The first true day of March Madness has returned after a two-year hiatus, and the men’s NCAA Tournament first round is undoubtedly delivering the excitement tied to its moniker.

Whether it’s No. 15 seed Oral Roberts stunning No. 2 Ohio State in overtime or North Texas shocking Purdue in OT, the madness is back in full swing as we await more bracket-busting. Even if it’s been at the expense of the Big Ten.

No. 1 seeds Illinois and Baylor looked like national title contenders against inferior opponents, while No. 11 seed Syracuse looked like the better seed in beating No. 6 San Diego State and No. 12 seed Oregon State continued its winning momentum in an upset over No. 5 Tennessee. Here’s a look at some key takeaways from the first leg of games Friday: