Brooke Matthews is the new big hitter from Arkansas in the second Augusta National Women’s Amateur. 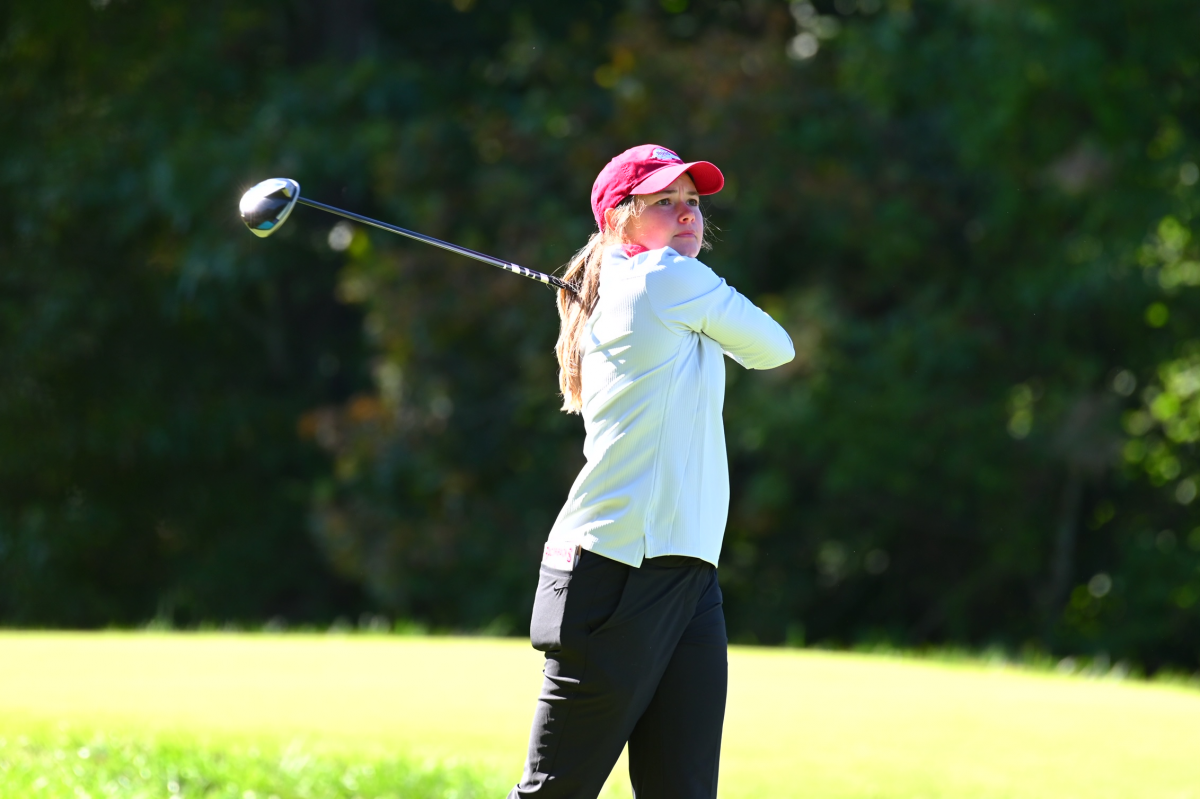 AUGUSTA, Ga. – Maria Fassi’s image is everywhere this Augusta National Women’s Amateur week. The runner-up in the inaugural tournament in 2019, the Arkansas graduate was unforgettable with her big game, shiny aviators and her unwavering support for friend and opponent Jennifer Kupcho, the eventual winner.

This week, it’s Fassi’s words that echo in former teammate Brooke Matthews’ head. Fassi wants her simply to trust it in her ANWA debut.

“Just trust it, that’s a big thing,” Matthews said of the mantra she got from Fassi and Dylan Kim, another former teammate and ANWA competitor.

Matthews is the only Arkansas player in the field this week and with big shoes to fill after Fassi’s memorable run in 2019. But their games are similar, with Matthews also being an exceptionally long player. Matthews, who redshirted her freshman season with the Razorbacks, overlapped Fassi two years. They only traveled together one season.

“Maria was very confident in the way she did things,” Matthews said earlier this spring, at the UCF Challenge. “She was probably one of the most encouraging teammates I’ve ever had – go out of her way to have personal connections and conversations with everyone on the team.”

In Fayetteville, Arkansas head coach Shauna Taylor would sometimes pair the two together on purpose to give Matthews a window into how another big hitter gets it done. Matthews also plays quite a few rounds with members at Arkansas’ home club, the Blessings, or with members.

Fassi has since moved back to practice in Fayetteville, a place that has always been home to Matthews.

“When you coach at Arkansas you know who the best players are in Arkansas,” Taylor said of bringing in a local like Matthews. “Brooke was obviously really close to campus. I had my eye on Brooke for a really long time.”

As a kid, Matthews was a gymnast, and didn’t pick up a club until she was 12 – a relatively late age for a player at this level. Her dream of being a Razorback gymnast slowly morphed into being a Razorback golfer. She’s been playing at the Blessings since she was 16.

By the time she reached her freshman year, Matthews wasn’t quite ready to compete. It took awhile to break into the traveling squad, and ultimately Matthews took the redshirt year to grow her game.

The pieces have finally clicked, and it was much mental as physical.

“I feel like I’ve been close for a long time,” Matthews said. “When I got into college, I really started to straighten out my driver. The older I’ve gotten, that just gave me more consistency. Been putting it a little better. Honestly just growing up and also handling the mental side of it little bit better.”

In August, Matthews reached the second round of the U.S. Women’s Amateur. Three weeks later, she qualified for the Walmart NW Arkansas Championship, the hometown LPGA event, and finished 49th. She won the Blessings Invitational in October with a big boost from opening rounds of 67-66. The next week, she was runner-up at the Ally.

“I think Brooke has kind of turned the corner in her self-belief and just a little bit smarter on the golf course, doesn’t panic when things are going a little sideways,” Taylor said. “She kind of knows that adversity is a part of what we’re doing and a part of our game and has learned to handle it a lot better.”

Back in 2019, Matthews was parked on a couch in Fayetteville with teammates, living and dying with every shot in the final round. She cheered and screamed.

“I think Maria Fassi, and Jennifer Kupcho, too, just made an impression on golf as a whole,” she said. “They kind of changed it a little bit for the better.”

This year, that could be her.