Cast your vote and tell us who was the best for the Steelers. 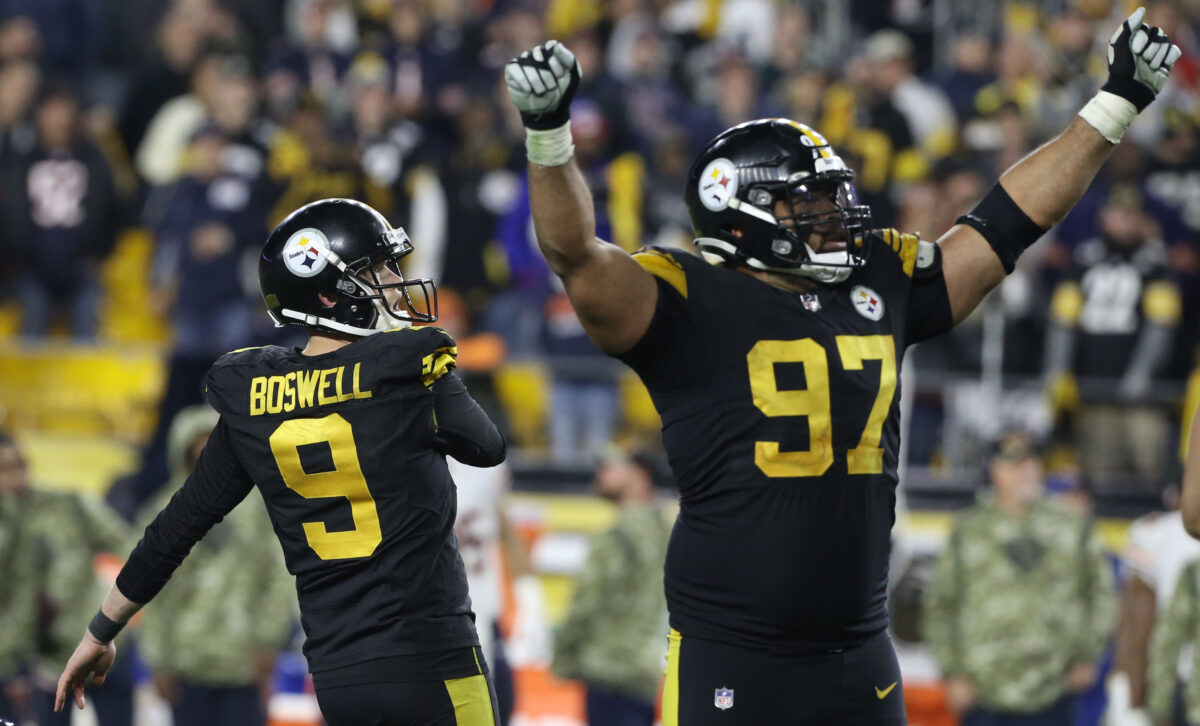 Sometimes it is better to be lucky than good. This was what happened to the Pittsburgh Steelers on Monday night when they found a little luck and a few big plays that allowed them to sneak past the Chicago Bears 29-27.

Several Steelers stepped up on Monday to help secure the win on a night when the defense struggled to slow the Bears down and the offense was stuck in neutral.

But who was the best? Cast your vote below and tell us who you think should be this week’s player of the game. If you have another candidate other than linebacker T.J. Watt, kicker Chris Boswell or defensive tackle Cam Heyward, be sure to drop the name in the comments below.

Who stepped up and who fell flat against the Bears? 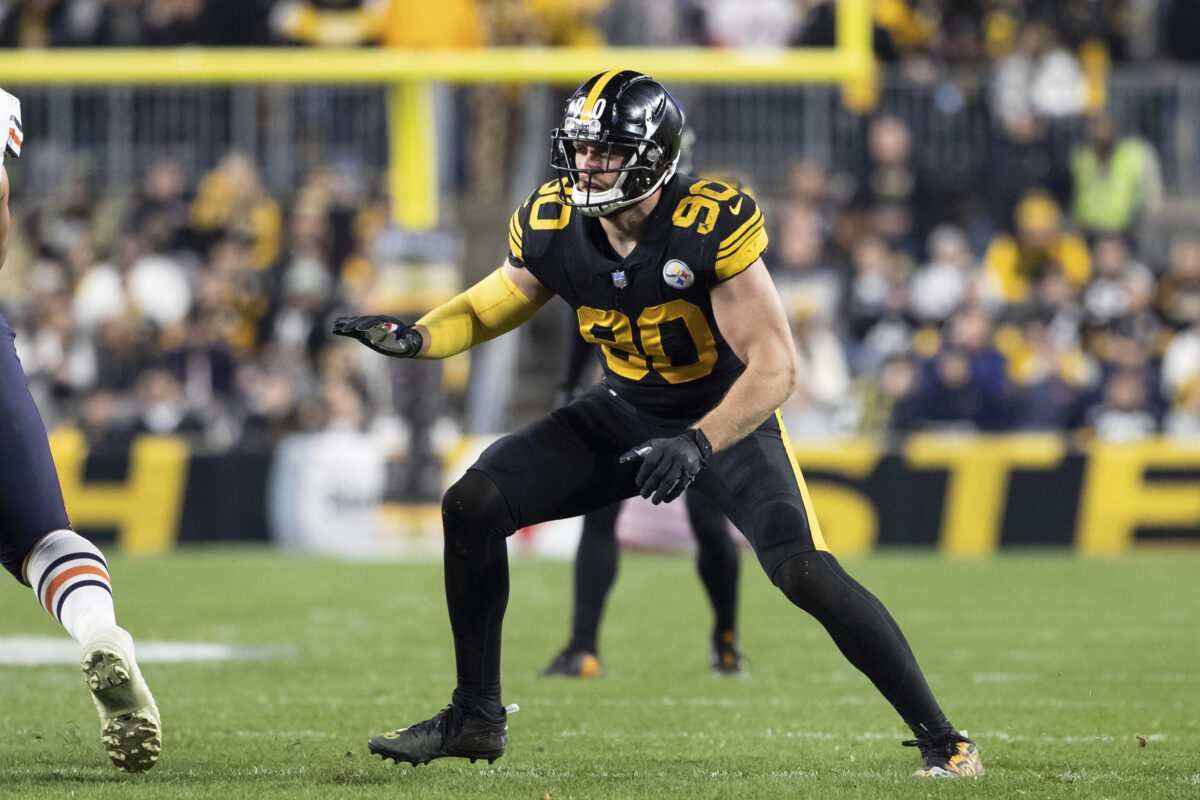 Luckily for the Pittsburgh Steelers ugly wins count the same as pretty ones in the NFL. Pittsburgh has made a habit of doing just enough to win but did nothing in terms of style points. A case in point was the Steelers 29-27 win over the Chicago Bears on Monday night.

Which guys were great and which guys fell flat? Read on and find out.

T.J. Watt dominated and the offensive line did not. 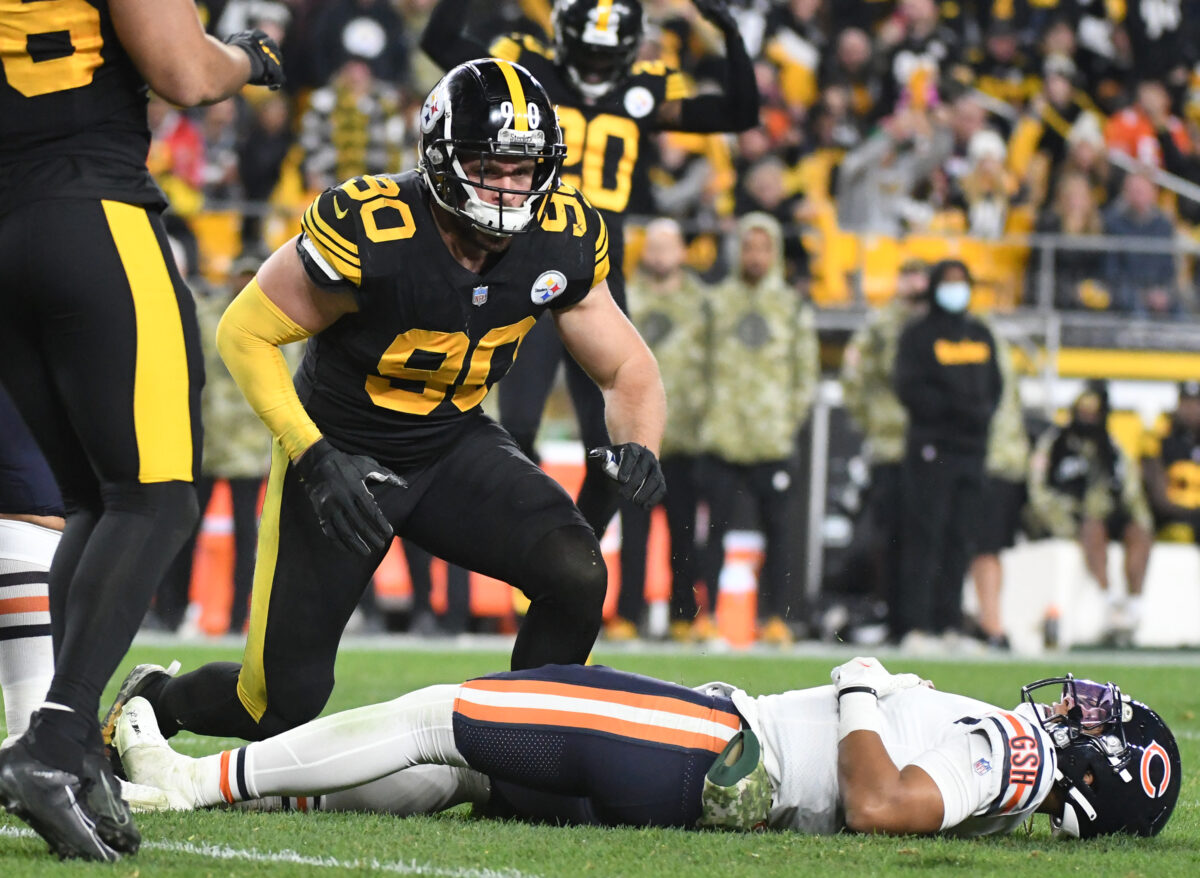 The Pittsburgh Steelers did everything they could to give the win away to the Chicago Bears but in the end, found a way to keep its win streak alive and improve to 5-4 on the season. Here are our big takeaways from the win.

The Steelers offense did just enough to win on Monday night. 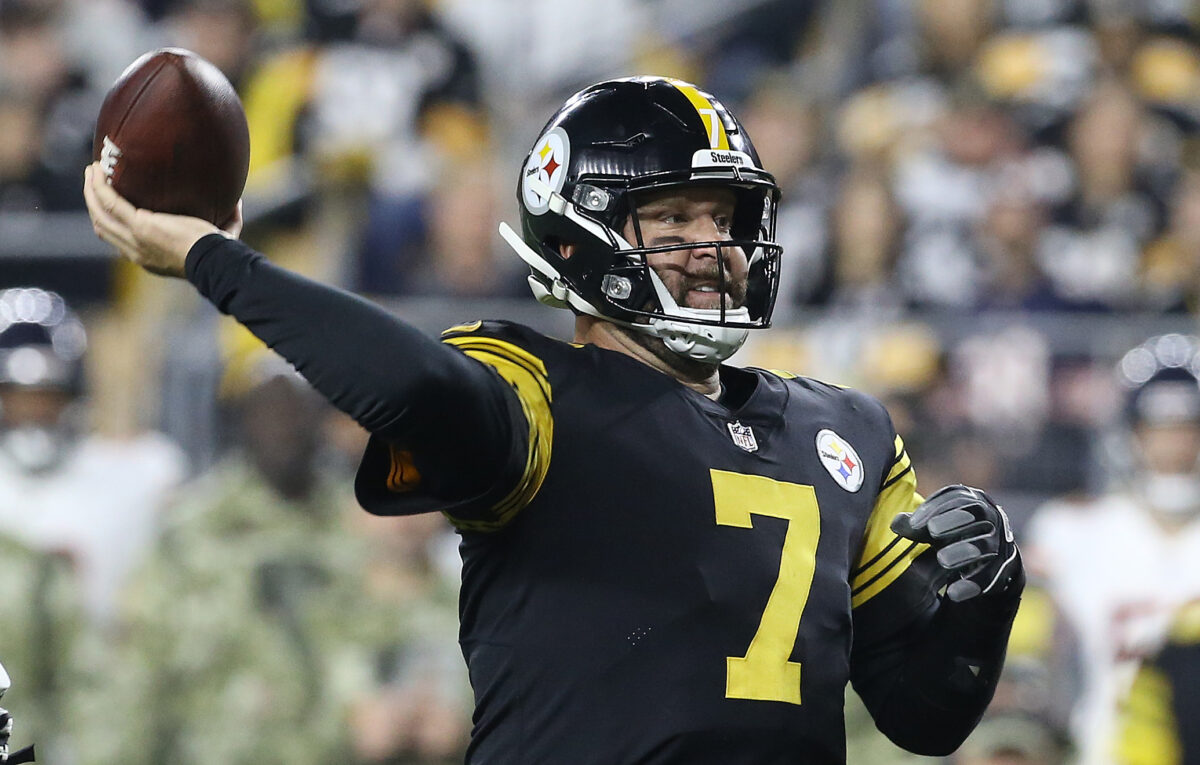 On Monday night, it came down to a huge performance by the Pittsburgh Steelers kicker and a final scoring drive by the offense to pull out a victory over the Chicago Bears.

After the game, quarterback Ben Roethlisberger spoke to the media about the win and he didn’t pull any punches in how he characterized the offense in the win and during the team’s four-game winning streak.

Roethlisberger was efficient on Monday night but not highly productive. Big Ben had two passing touchdowns and no interceptions but only mustered 205 yards and only 6.8 yards per attempt. Running back Najee Harris fought for every inch as his offensive line let him down and finished with only 62 yards and a 2.8 yard per carry average.

Pittsburgh can squeak by teams like the Bears with subpar offensive performances but this sort of production doesn’t bode well down the stretch against offenses that can put up points in bunches. This offense will go as far as the offensive line takes it.

T.J. Watt continues to climb the franchise list for sacks. 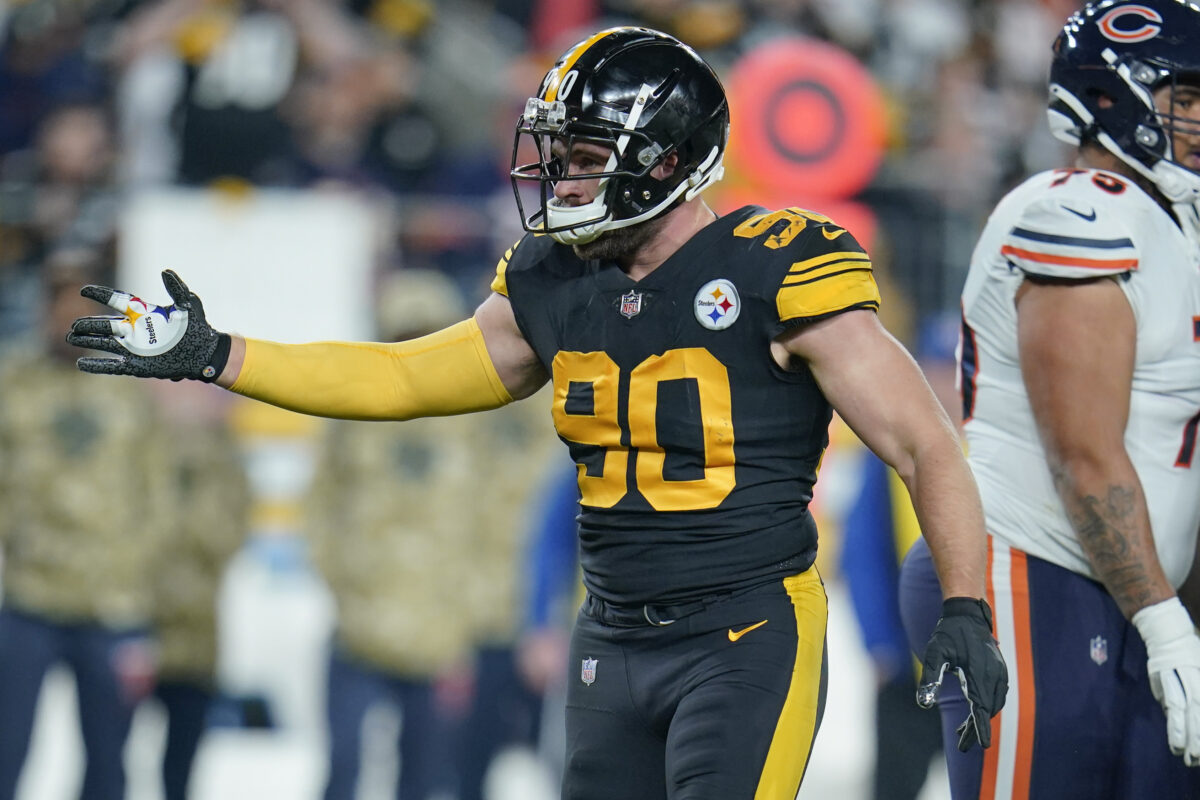 Pittsburgh Steelers outside linebacker T.J. Watt got two first-half sacks of Chicago Bears quarterback Justin Fields. It gives Watt 10.5 sacks on the season and 60 sacks for his career. This puts Watt in a tie with former Steeler great Joey Porter for the sixth-most sacks in franchise history.

Watt got those 60 sacks in just 69 career games. This is the fourth-fewest to hit that milestone in the history of the NFL. Watt continues to show he is one of the best all-around defensive players in the league.

The Steelers go into the half leading 14-3. 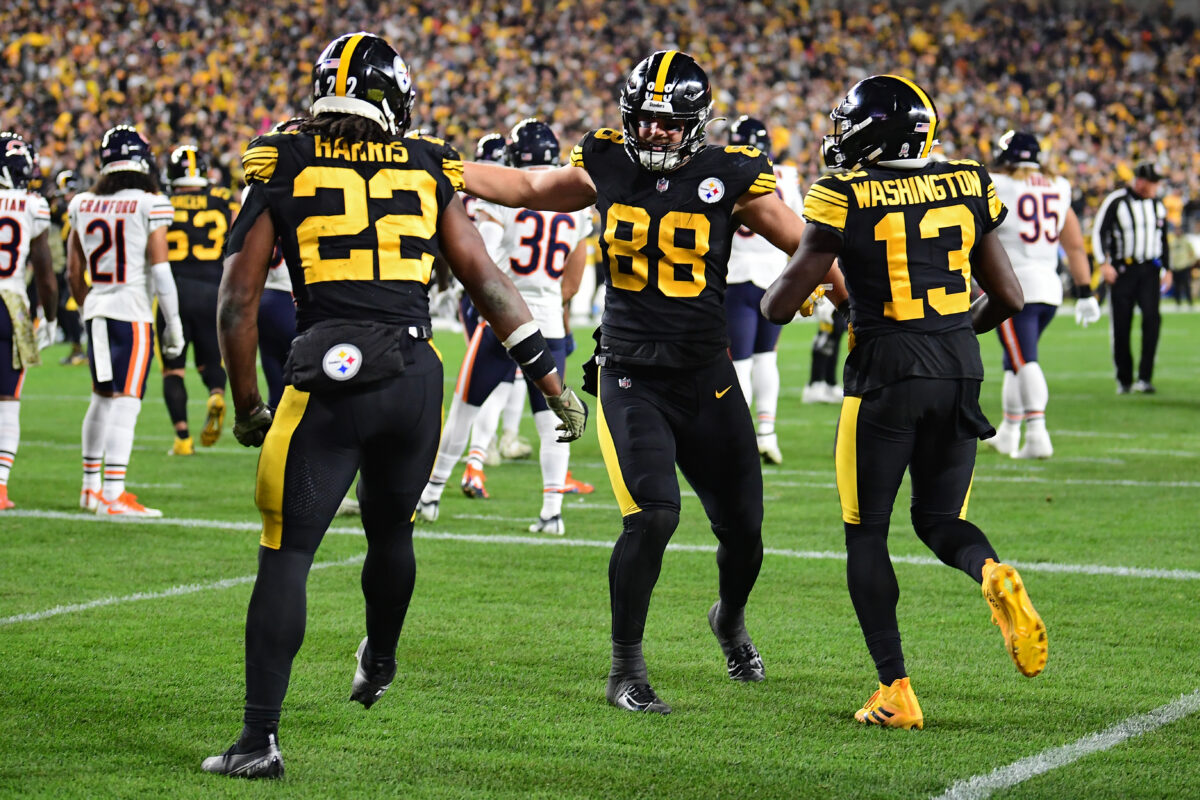 The Pittsburgh Steelers go into the half leading the Chicago Bears 14-3 thanks to a pair of touchdowns from rookies and some classic Steelers defense. Here are our takeaways from the first half.

Here are the inactives for tonight’s game. 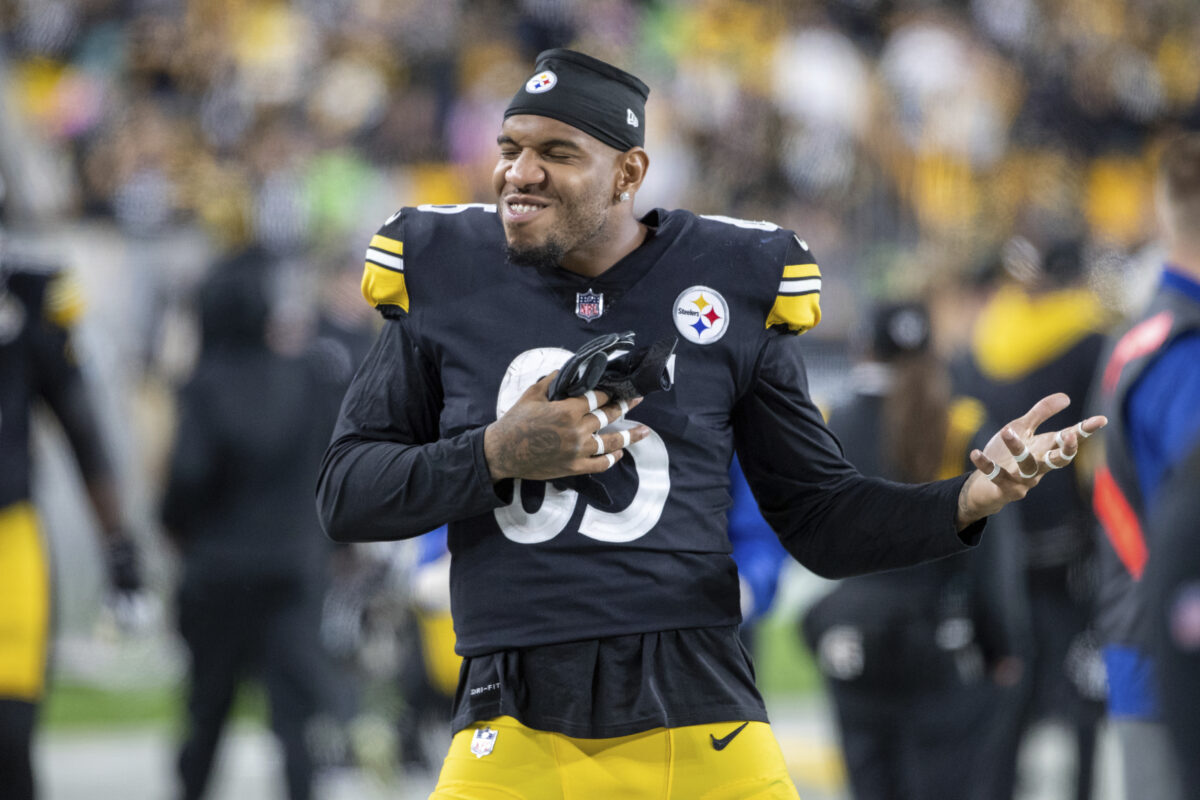 It looks like we will all have to wait at least one more week to see Pittsburgh Steelers offensive tackle Zach Banner on the field. Pittsburgh put out its inactives for this week’s game with the Chicago Bears and Banner topped the list.

Ebron is missing his second straight game so look for more of Pat Freiermuth and Zach Gentry. McFarland, who made his season debut last week is something of a surprise on the list as he wasn’t listed as hurt at all this week.

The Bears will be minus two of its top defenders. Edge rusher Khalil Mack will miss the game as well as star defensive back Eddie Jackson

The Steelers must run the ball and confuse Justin Fields to win this week. 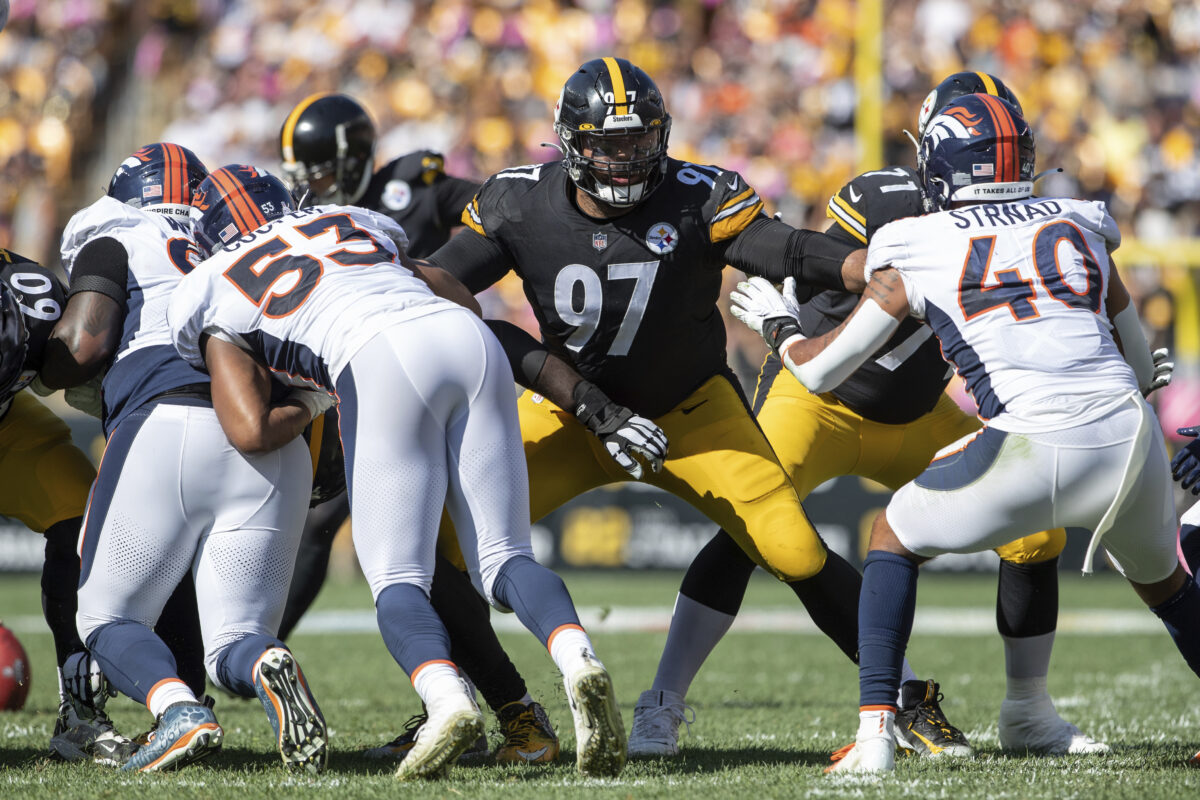 If you have been a Pittsburgh Steelers fan long enough, you know that you never take any game for granted. If Pittsburgh wants to keep its winning streak alive and keep pace with the Baltimore Ravens in the AFC North, here’s what they must do.

Dating back to 1992, the Pittsburgh Steelers have won 19 consecutive home games on the MNF stage. 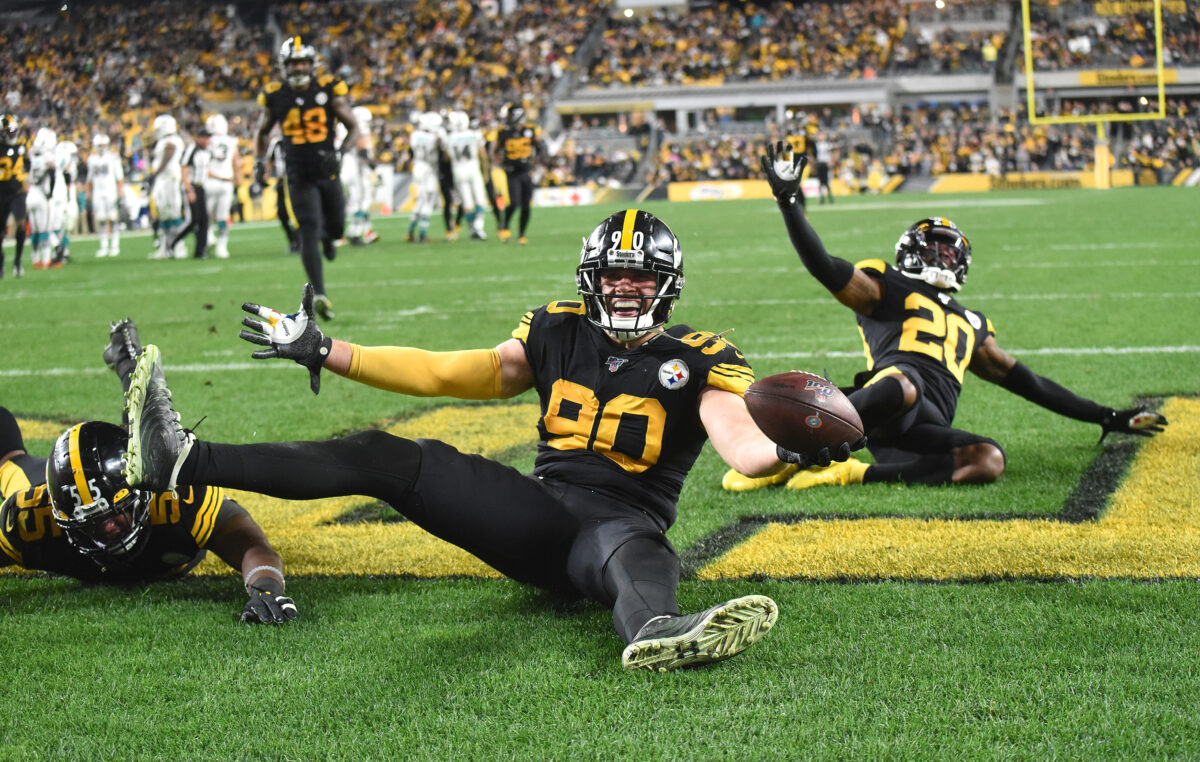 Take some Monday Night Football, sprinkle in the Steelers in Pittsburgh, and you have a tasty winning recipe. Dating back to 1992, the Pittsburgh Steelers have won 19 consecutive home games on the MNF stage.

Even more noteworthy is, according to the Pro Football Reference Stathead tool, the Steelers own the overall NFL record for Monday wins with 51. One came in 1955 before MNF (and most of us) was created. Another came in 2017 when the NFL aired a Monday doubleheader on Christmas Day. Pittsburgh thumped the Houston Texans en route to a 34-6 win, but at 4:30 p.m., the game wasn’t classified as Monday Night Football.

Also not classified as MNF was the last time the Steelers played on a Monday. Weird, right? You may recall the Baltimore Ravens’ 2020 COVID-19 outbreak forced multiple schedule changes, moving their initially-scheduled Thanksgiving game to December 2. The domino effect was Pittsburgh was forced to take on the Washington Football Team at 5 p.m. We all know how that ended.

Are the Steelers really a good team? We will find out this week. 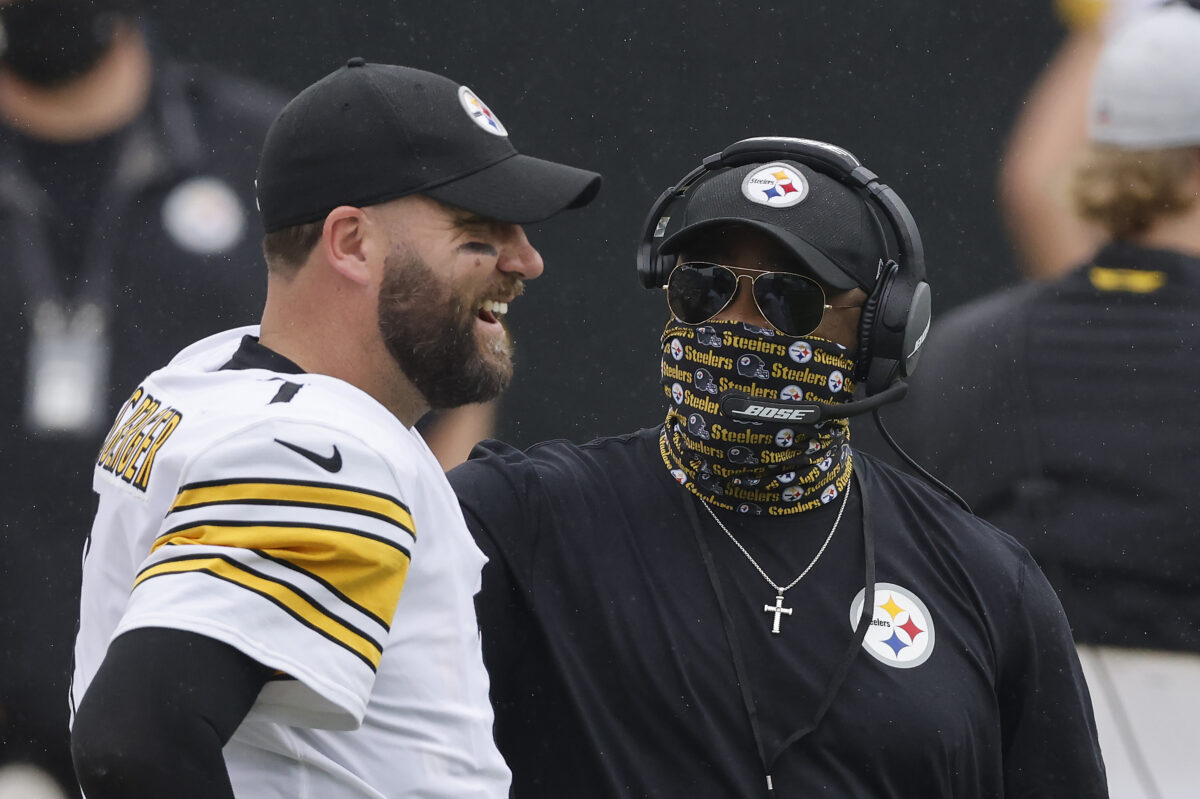 If Week Nine of the NFL season has taught us anything, it is to expect the unexpected. The Pittsburgh Steelers and Chicago Bears wrap up the week on Monday Night Football and after seeing favorite after favorite fall on Sunday, no team is safe. Here are the big storylines to keep an eye on this week.