Brian Harman skipped football practice one day when he was 11 to take a lesson from Jack Lumpkin. All these years later, they’re still together. 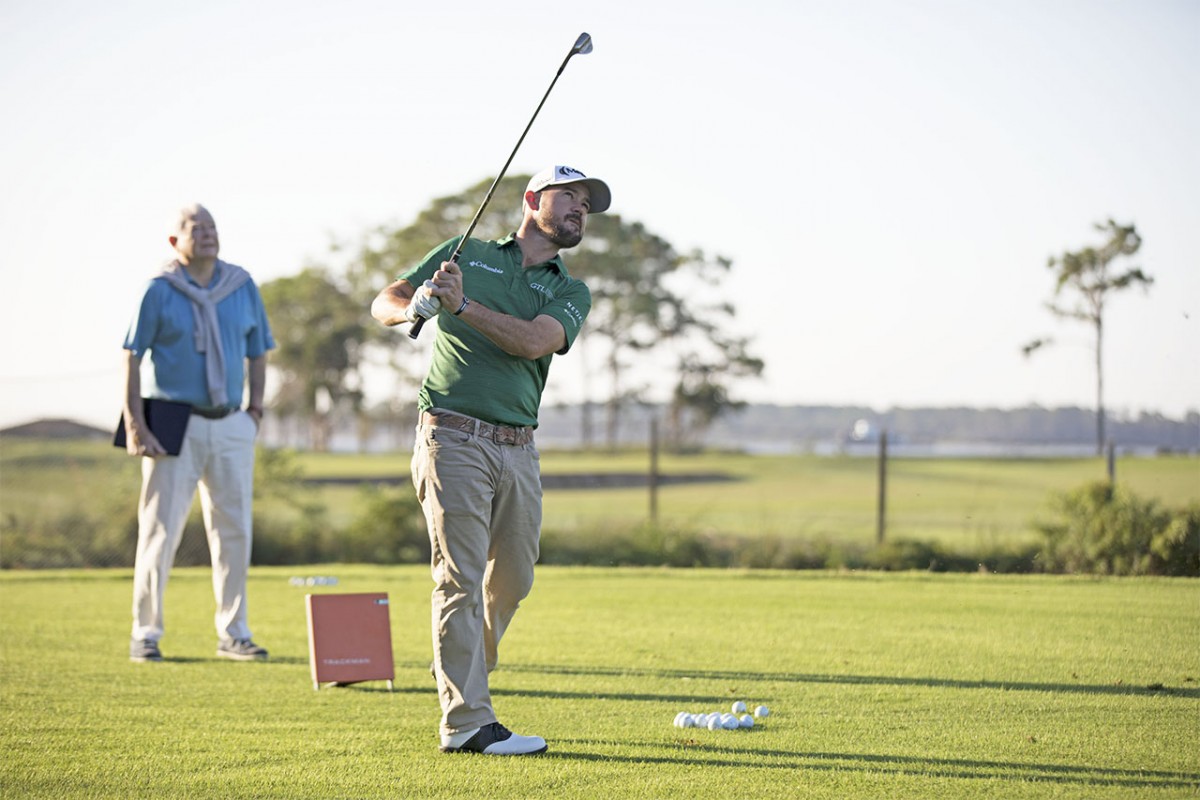 Brian Harman skipped football practice one day when he was 11 years old. His mother, Nancy, drove him from their home in Savannah, Georgia, to Sea Island, where he took an hour-long lesson from Jack Lumpkin, a fixture on every list of top golf instructors. Growing up on a golf course, Harman had picked up the game on his own, but he wanted to find out what one of the best teachers thought of his ability.

“He didn’t tell me to get lost,” Harman said. “He told me I was doing well and come back in a few months and he’d check me again. For me, that was like a rite of passage. I started going once every six months, and our relationship just grew from there.”

That initial lesson was equally as meaningful for Lumpkin, who knew talent when he’d seen it and from Harman’s very first swing knew he’d seen something special.

All these years later, Harman, 32, and Lumpkin, 84, are still together. Their hard work has made Harman a two-time PGA Tour winner, most recently at the 2017 Wells Fargo Championship.

Lumpkin played on the PGA Tour in 1958-59, but he was married and had two young kids to think about and accepted a position as an assistant golf professional. He learned the ropes under Masters champion Claude Harmon, father of Butch, at Winged Foot, and was head professional in 1968 at Oak Hill Country Club when it hosted the U.S. Open.

Lumpkin moved back to his native Georgia and, in 1976, joined the Golf Digest Schools with the likes of Jim Flick, Davis Love Jr. and Bob Toski. He came to Sea Island Resort as its director of instruction on Jan. 1, 1989, seven weeks after Love Jr., his best friend, died in a plane crash.

Lumpkin, the PGA Professional of the Year in 1995, is the type of pro who has forgotten more than most instructors know. Harman describes him as “old-school,” while embracing the latest technology such as V1 Golf, a swing analysis tool, Swing Catalyst, and TrackMan launch monitors for dialing in performance, but never as a crutch.

When Harman won his first PGA Tour title at the 2014 John Deere Classic, Lumpkin was one of the first people he thanked. Their work together has a certain rhythm that Lumpkin calls “guided discovery.” Rather than spoon-feeding a swing fix to Harman, Lumpkin has a habit of subtly mentioning how he likes a move made by a certain player. That player’s swing may just so happen to be on the screen in Lumpkin’s office for them to review.

“Then he lets me figure it out until it becomes second nature and I own it,” Harman said.

Chase Koepka, the younger brother of Brooks Koepka, faces final qualifying for the Korn Ferry Tour next month near Orlando. 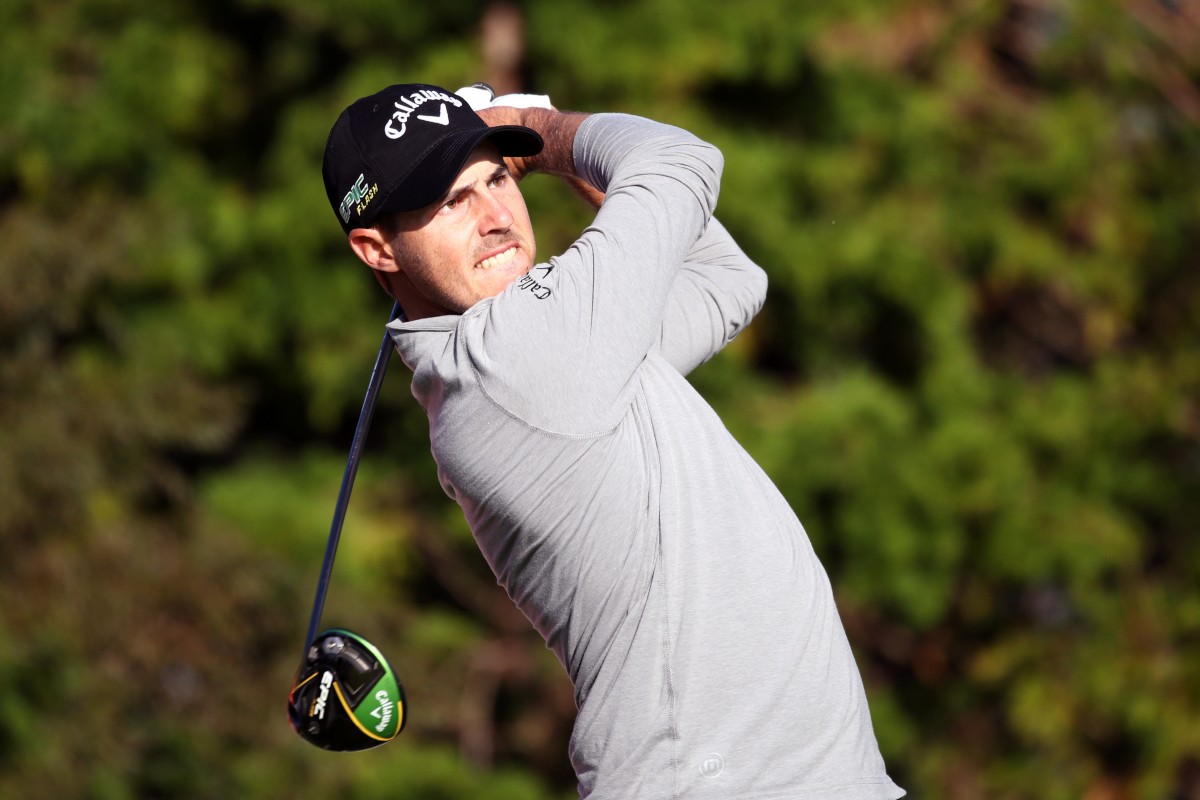 Following in the same field as a successful family member can be a mixed bag, as all three Baldwins known as “the other brother” can attest. A name can open doors but might also close minds, fueling assumptions about indolent coattail jockeys trying to shortcut their way to the big leagues.

Dru Love’s only status was conferred by birth, but he has ridden his family’s respected name to 18 PGA Tour starts, three times as many as he has made on the developmental circuits. On the reverse side of that ledger is another 25-year-old, Chase Koepka. He earned his status on both the Challenge and European Tours, and next month faces final qualifying for the Korn Ferry Tour. Success will bring him one step closer to joining his brother Brooks on the PGA Tour, but he isn’t planning to rely on his celebrated sibling for advice on tackling the four-round gauntlet at Orange County National near Orlando.

“He’s probably not the person I would lean on because he’s never really done well in Q-School,” Chase says with a laugh. “He knows that. He’s better at major championships than he is at Q-School.”

He did lean on his brother’s caddie though: Ricky Elliott piloted Chase through second stage qualifying recently in Texas. Koepka opened that decisive final round with a double bogey. “Well, better it happen on the first hole than on the 18th, right?” the experienced bagman said as they walked to the second tee.

“I’m looking at him and I say, ‘I’m not sure Rick!,’ ” Koepka recalls. “I was very upset at myself, but it was the perfect thing to say to get under my skin and make me laugh at the same time.” Playing the remaining holes 6-under par, Koepka battled through to the final stage.

The other Koepka-Elliott partnership has won four majors in the last couple of years, and the power of his last name has helped get Chase a couple of sponsor invitations on the PGA Tour, though he distantly trails Love in the Starts Gained Mooching category. He made cuts in Las Vegas and South Korea, which helped lift his world ranking by more than 350 places to 1,498th.

“I really don’t pay much attention to that,” he says of the ranking. Then he adds with a wry chuckle: “Obviously, it’s pretty easy to figure out where Brooks is at.”

The younger Koepka seems at ease with the inevitable comparisons to Brooks, who is four years his senior and whose footsteps he followed all the way to the unglamorous venues of Europe’s Challenge circuit. Whatever expectations he has felt burdened with are mostly self-inflicted, he says, owed to his own competitiveness rather than pressure to emulate his sibling. But he admits to having been worn down by the disappointments inherent in the grind of professional golf and life on the road.

“I’m willing to play wherever I can. As a golfer you have to do that,” he says. “I just didn’t do a very good job this year mentally. That’s completely on me. This is going to be my fourth year out here and I’ve had status on a tour since I turned pro. After three years, I should be able to figure out how I need to go about my business. I’m starting to do that.”

He has momentum heading to Q-School off solid play in Korea and in second-stage qualifying. “I got kicked in the teeth for the last year, but there’s so many positives I can take that I haven’t seen in a really long time,” he says. “It’s exciting to see where my game is starting to go.”

Koepka’s intended preparation included some minitour stops and entering Monday qualifiers for PGA Tour events in Mexico and Sea Island, Georgia. The latter is the Love family’s home tournament. Dru, who was eliminated from Korn Ferry qualifying at the second stage, will be in the field for the fourth time in the last five years.