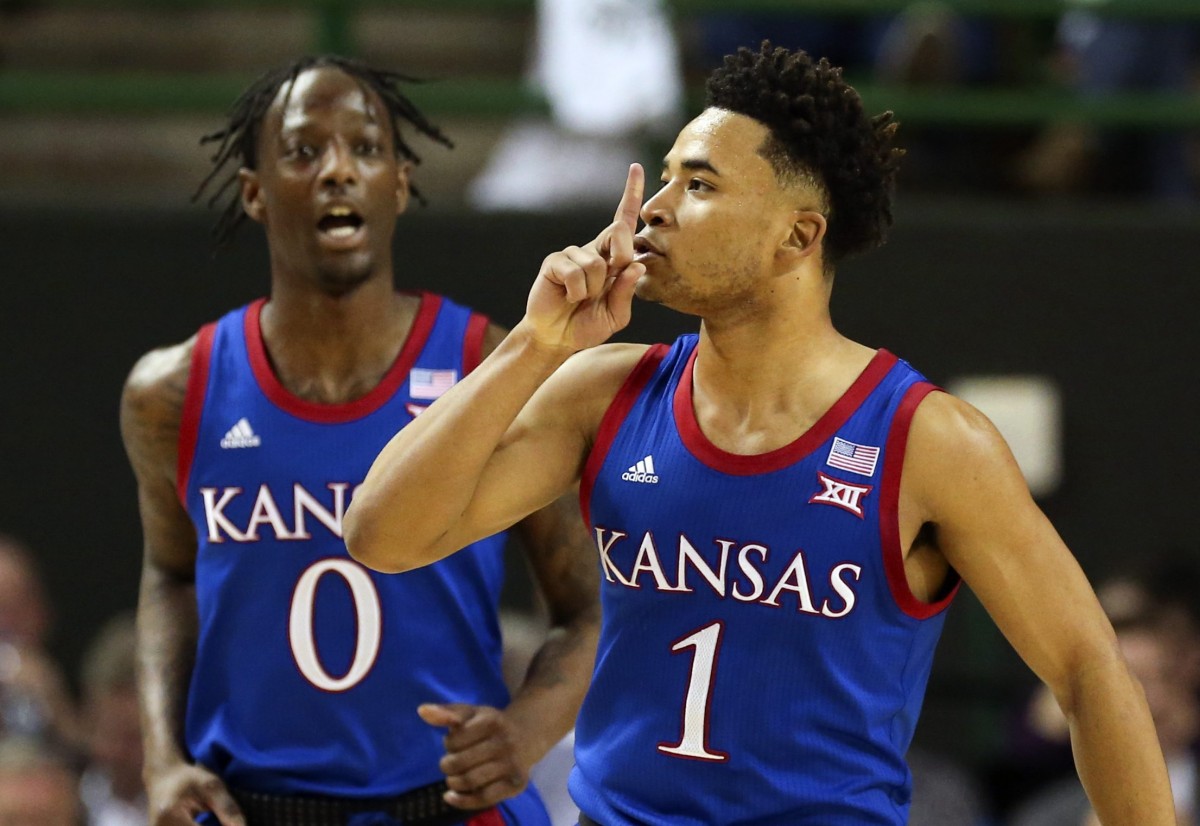 The Kansas Jayhawks (28-3) are one of the blueblood programs in college basketball. They haven’t won a national title since 2008 despite winning or sharing the Big 12 regular-season crown in 15 of the last 16 seasons. But here they are again, No. 1 in the USA TODAY Sports Men’s Basketball Coaches Poll after the regular season.

Here are three good reasons why the Kansas Jayhawks will win the 2020 NCAA Tournament.

The Jayhawks have the players to make a long run in the tournament, facing the task of beating six teams that will present different styles and personnel. After dropping its season opener to Duke, Kansas rattled off nine consecutive wins before losing to Villanova and Baylor four games later. Since then, the Jayhawks have strung together 16 straight wins (eight by double digits), including a “payback” victory at then-No. 1 Baylor Feb. 22.

Get some action as the college basketball season winds down by placing a legal sports bet at BetMGM! New customer offer: Risk-free first bet! Visit BetMGM for terms and conditions.

Kansas has seven players who average more than 10 minutes a game, five that average more than 24.5 minutes and three – G Devon Dotson, G Ochai Agbaji and G Marcus Garrett – who average more than 32 minutes. Four Jayhawks played in all 31 games, while three others played 30 and one played 29. The team is a well-oiled machine with tons of experience – the starting five has two seniors, two sophomores and a junior. Seven different players have been the leading scorer in games led by Dotson (13 times) and C Udoka Azubuike (8 times). The Jayhawks’ balance is such that Dotson (18.1 PPG) is the only player who has averaged 14 or more points. They are unselfish and go with the hot hand. Few teams have the kind of balance the Jayhawks do, which allows them to survive when a key player or two gets in foul trouble.

The NCAA has a special affinity (an unfair affinity in some minds) that consistently leaves Kansas playing close to home, not forcing fans to travel far. Even when Kansas hasn’t been a No. 1 seed, it somehow ends up with a decent home-court advantage. It has happened too often to be denied and, with a first-/second-round site in St. Louis this year, one can probably bet Kansas will end up there. For more than 40 years, the NCAA was headquartered in Kansas City and it still seems to favor the Jayhawks every Selection Sunday.

It’s been more than a decade since Kansas won it all, but this could be the best team it has to bring the championship back to Lawrence in years.