The 9-hole layout has become a cult favorite and led Golfweek’s Adam Schupak to drive 411 miles to play it on Adamski’s record-setting day. 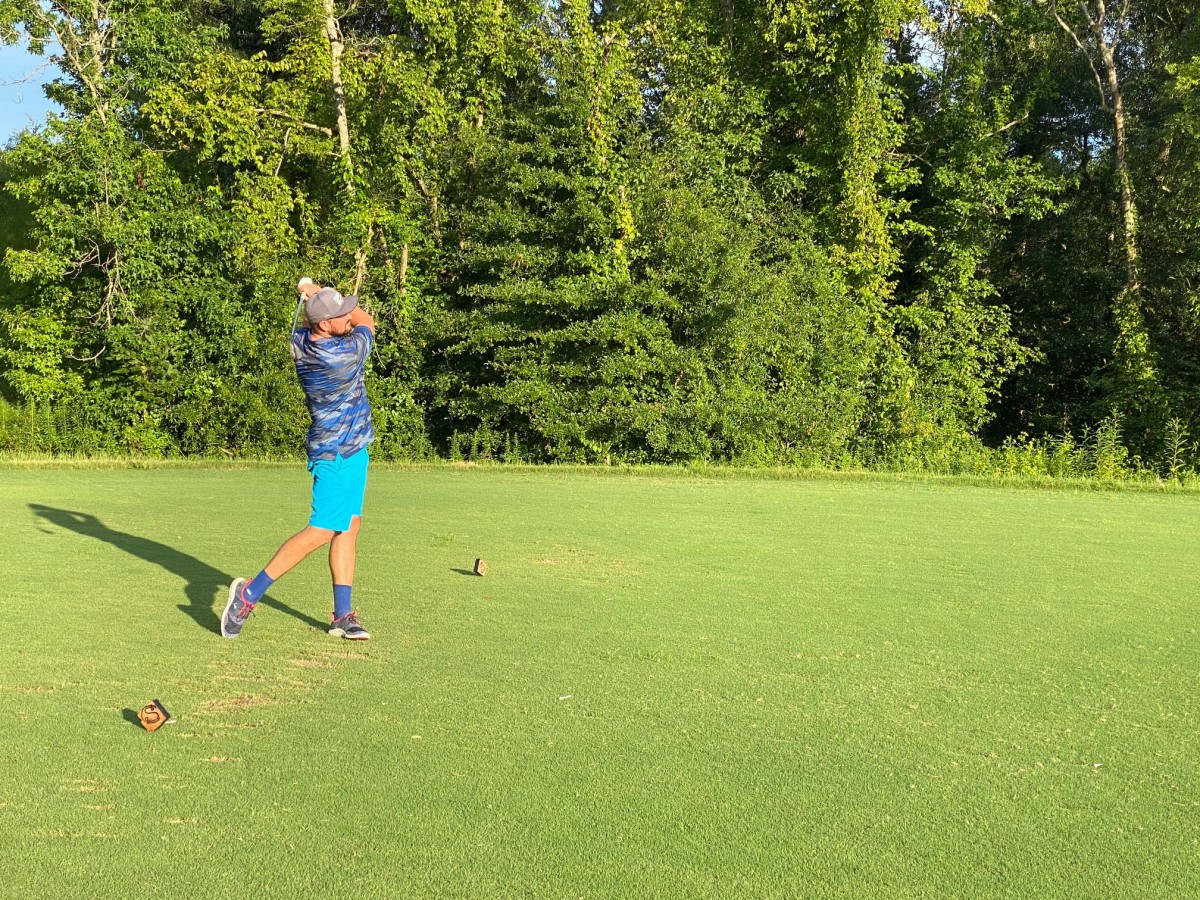 SOUTH PITTSBURG, Tenn. – Fireworks greeted my arrival at Sweetens Cove Golf Club. Best. Welcome. Ever. I mean, I know I’m a big deal but that was a little much. I kid. But seriously, as I pulled into the parking lot, the sky lit up like the Fourth of July.

Spoiler alert: They weren’t for me. It turned out Sweeten Cove’s general manager, Matthew Adamski, had just completed his 200th hole of the day – and he wasn’t done yet – as part of a fundraiser for Folds of Honor, which was as good a reason as any to shoot off some Roman candles.

Sweetens Cove was my pit stop on the way to Memphis for this week’s WGC-FedEx St. Jude Invitational, a 411-mile, one-stop drive from the Avis car rental shop in Jacksonville, Florida. Yes, much like the Blues Brothers, I was on a mission from God to play the much-hyped nine-hole course that ranks No. 49 in Golfweek’s Best list of modern courses. I had a full tank of gas plus a six-pack of bottled water, and I was wearing sunglasses. Hit it!

Patrick Boyd, the course’s former general manager, told me I wasn’t alone in making a long drive to Sweetens. He estimated that 70 percent of the golfers drive at least 90 minutes to two hours to get there. In the winter the parking lot is packed with license plates from Northeast and Midwest golfers looking to escape the cold.

I’ve written before – as has my colleague Jason Lusk and many others – about Sweetens Cove being golf’s Little Engine that Could, a King-Collins design with an ownership group that includes Hall of Famers of football and tennis, respectively Peyton Manning and Andy Roddick.

“When it first opened, there would be more planes in the sky than there were golfers,” Boyd recalled. “Those who knew about it had it to themselves.”

I got a taste of what that must have been like as the course was closed Monday, which allowed Adamski to attempt to break the course record of 252 holes played in one day on this year’s Summer Solstice, the longest day of the year. (The world record for most holes played in a cart in a 24-hour period is 851, set by Canadian Robb James in 2004 at Victoria Golf Course.)

There was steam rising off the mountains in the distance as I teed off, remnants of a storm that had just blown through the valley. Between the time I crossed the Tennessee state line and the time I pulled into the unpaved parking lot, the clock flipped to the Central time zone. In other words, more daylight for Adamski (in a Peyton Manning-decked-out cart with a Tennessee Vols flag) and me (hoofing it) to get in some holes.

I wasn’t going to catch him, so what I did to save a few steps was hit one drive (or occasionally two) and then two approach shots – one to a white flag and one to a blue flag on each green, so I could get the full experience before hightailing it to Memphis.

Sweetens Cove lived up to the hype. Boyd – who is now the business mind behind National Custom Works, a boutique maker of handcrafted custom-forged irons, putters and persimmon drivers – calls it a playground, and that’s an apropos description. There are endless possibilities to approaching these wildly imaginative greens, which total over 100,000 square feet.

I made a rookie mistake when I overshot the par-5 third green with my second shot. I thought I had hit a nifty chip to set up a short birdie putt, but as I stepped closer to the green I watched my ball trickle past the hole, down the false front and off the green into a collection area. I made six. It wouldn’t be the last time I chipped off the green.

At the par-3 fourth, I let Adamski play through for the first time. He was running on fumes. “I’m going to crawl into a ball when this is over,” he said.

But just like the little engine that could in the children’s book, Adamski pressed on when I shot him some words of encouragement. “I got this,” he said. And he did – he finished in the gloaming having played 254 holes and making an impressive 46 birdies. (That has to be some sort of record for most birdies in one day, right?) For the record, that is 28 spins around the nine-hole layout plus two holes more for good measure.

The 293-yard, par-4 fifth joins the list of my favorite short holes. Boyd prefers the seventh, a 313-yard par 4 that is also all about angles. It’s the smallest green on the course at about 5,500 square feet.

“It looks like it came out of Prairie Dunes,” Boyd said of the Perry Maxwell gem in Kansas. “It’s got huge movement and fall off.”

My pitch-shot approach didn’t hold the green, and I chipped off it trying a bump and run to the front pin placement there, too.

No. 6 is a cape-style green along the water, and No. 8 is modeled after a Biarritz. I loved the variety. If I had one complaint, it is that there’s no yardage markers and my laser gun didn’t pick up the reflectors on the flags and kept giving me wildly inaccurate numbers. But once I accepted that the device was useless, I really enjoyed the old-school challenge of eyeballing what club to use.

My 9-iron at the par-3 ninth hole sailed into the back bunker, which ended a rare bunker-free round – I’m glad I avoided the crevice in front of the fifth green, an homage to Pine Valley’s Devil’s Asshole if I’ve ever seen one. From the bunker I aimed a good 20 feet left of the blue flag on the upper tier and let the slope works its magic to within 5 feet of the hole. Best sandy I’ve made all year and a shot I will long remember.

Sweetens Cove is everything you’d want in a nine-hole course – especially for as little as $35 to play it, and $150 for an all-day (weekend) cart pass. There’s little out of bounds, it’s generous off the tee and the greens have so much movement and slope that they are bound to give you fits if you’re out of position or don’t execute your intended shot.

“If there ever was a second-shot golf course, this is it,” Boyd said.

I left anticipating the chance to play it again – or maybe 255 holes in one day. Sweetens Cove is sweet.