Auburn fans rolled Toomer’s Corner on Sunday to celebrate an SEC equestrian title, not that rival Alabama lost in the NCAA Tournament. 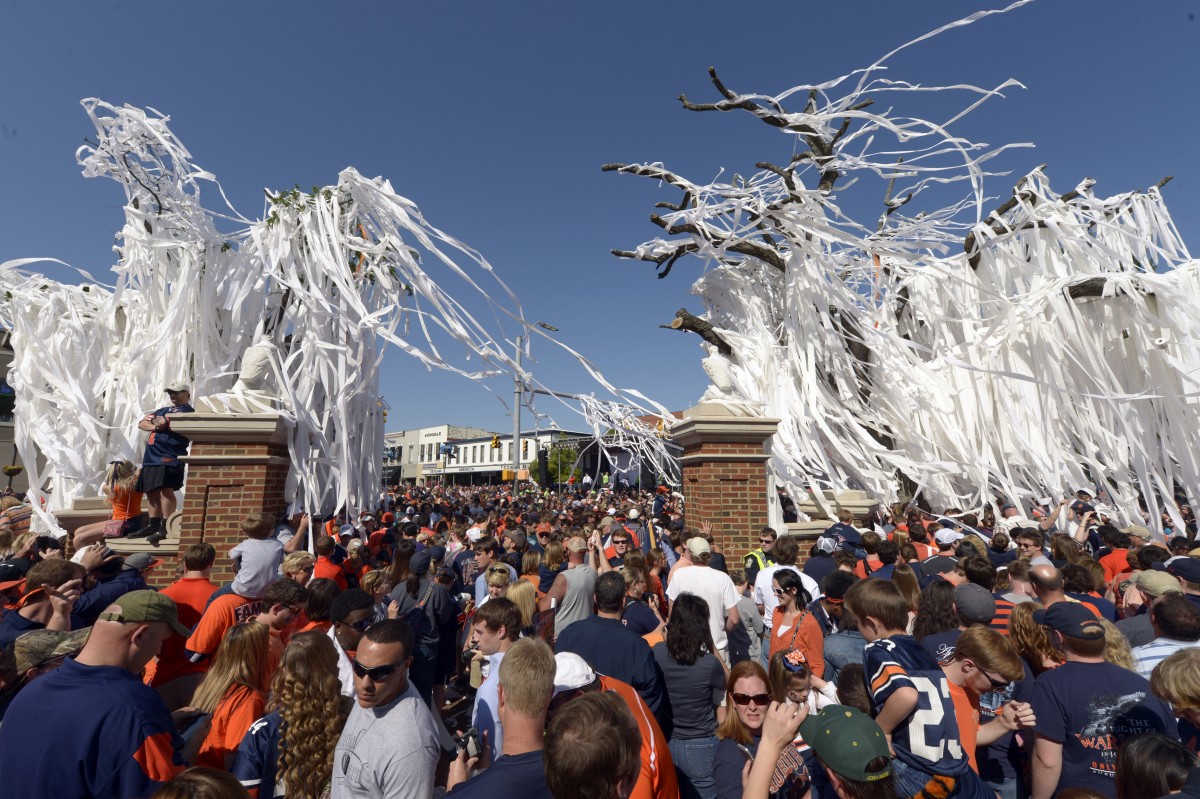 This is so stupid.

On Sunday night, a former AL.com reporter tweeted a picture of the trees at Toomer’s Corner being rolled, stating that it was due to Alabama’s overtime loss to UCLA in the Sweet Sixteen of the NCAA Tournament.

Nope. Not even close to being true. The rolling on Sunday was due to the SEC title won by top-ranked Auburn equestrian, the program’s third-straight conference title, after they defeated No. 2 Georgia 15-5.

This is the type of misinformation that, oh, I don’t know, would lead to some fanatical Tide fan poisoning the trees.

What’s going to be the reason Auburn fans are rolling the trees in a few weeks when the equestrian team brings home its third-straight national title? We can’t wait to find out.