Bill Coore and Ben Crenshaw finished a project at Kapalua, where thatch buildup had slowed the roll in the fairways. 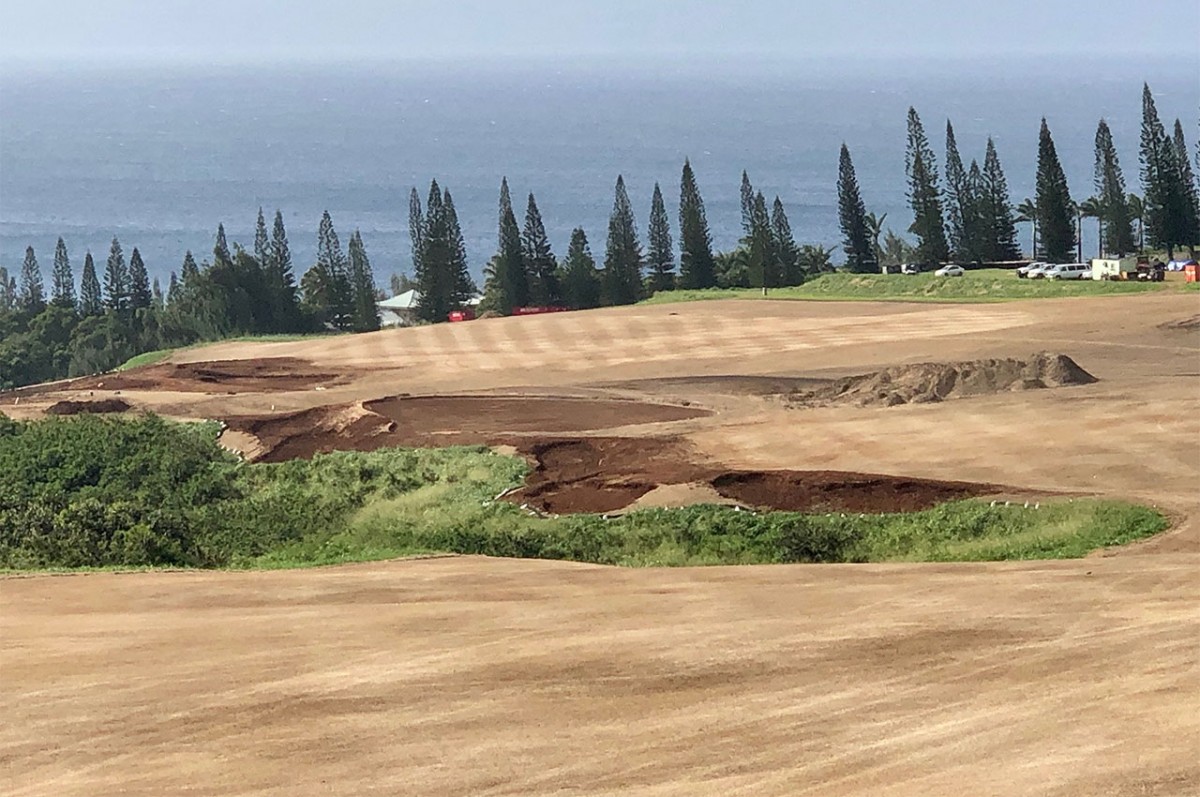 The PGA Tour players in this week’s Sentry Tournament of Champions are in for a firm, fast and bouncy experience, the result of a nine-month renovation project to Kapalua’s Plantation Course that restored much of the original intent of designers Bill Coore and Ben Crenshaw.

The debut course of that now-famous design duo opened in 1991, playing some 400 feet up the side of a mountain in Maui, Hawaii. The coastal course features wide fairways and dramatic slopes, with long views over Honolua and Mokuleia bays. The course has become a staple of the PGA Tour, blasting snow-bound golfers back on the mainland with views of sunshine, tropical breezes and the occasional breaching whale.

The Plantation Course played firm and fast for years, but the venerable track – rated No. 1 on Golfweek’s Best Courses You Can Play list for public-access layouts – had started to show its age. Thatch buildup had slowed the roll in the fairways, and regular maintenance and top-dressing of the greens had softened some contours and steepened others, leaving fewer reasonable locations for pin positions.

Coore and Crenshaw returned to start a project shortly after the 2019 Tournament of Champions to restore the firm conditions and recreate more hole locations on the greens. Working with management company Troon Golf, which operates the Kapalua courses, and with former golf professional and current Golf Channel personality Mark Rolfing, Coore and Crenshaw rebuilt the greens and bunkers, restored tees and re-grassed the entire property. The course reopened in November.

The course routing is the same, but the fairways are now Celebration Bermuda grass and the greens are TifEagle Bermuda. The 93 bunkers also were rebuilt with a capillary concrete liner system to help handle heavy rains, with several bunkers being reduced in size while others were expanded, all with more natural shapes and edges.

Keith Rhebb, owner of Rhebb Golf Design and a frequent contractor who does course-shaping work for Coore and Crenshaw, spent about three months at Kapalua. Having worked on top-rated courses such as Cabot Cliffs in Nova Scotia, Streamsong Red in Florida and the soon-to-be-opened Sheep Ranch at Bandon Dunes in Oregon, Rhebb said the work at Kapalua was all intended to restore the original playing conditions, where wide fairways offered strategic options but also could play tighter because a golf ball might keep trundling along until it reached trouble.

“The biggest thing was, the ball wasn’t rolling in the fairways as much,” Rhebb said. “The length of the course, for (resort guests) coming to play, it was just getting way too difficult. It had more to do with the conditioning of the fairways – the thatch was slowing the ball down. With the new Bermuda grass, Celebration, it can get a better surface to it to get the firmness back in the fairways. They really de-thatched the fairways, got almost back to basically the dirt and sprigged right back into the fairways.”

Coore and Crenshaw’s assembled teams included Dave Axland, Jimbo Wright, Jeff Bradley and Riley Johns, as well as 15 to 20 contractors. The group faced tight deadlines to finish everything in time for this week’s Tournament of Champions, with frequent logistical and operational challenges tied to renovating a course on an island in the middle of the Pacific Ocean.

“You could really feel that pressure because there’s a hard date,” Rhebb said. “All kinds of things could have happened, created big issues. They were shipping in the grass sprigs from another island that were, I think, in refrigerated shipping trailers. There could have been one delay in a shipment, and everything would have been off. It took a lot of logistics and planning to make sure everything came together. …

“Andrew Rebman (Kapalua’s director of agronomy) and his crew pulled it all off, got everything grown in and ready, and kudos to them. I can’t even imagine the amount of pressure for them, having construction going on and having to wait on us before they could get to work, knowing they’re going to host a tournament that’s going to be on TV in January. Andrew, with his skill set, he’s going to have that place dialed in.”

Rhebb said several of the greens had developed slopes of as much as 4 or 5 degrees in areas, rendering them unpinnable as the surfaces approached Tour speeds because balls wouldn’t stop rolling. Those slopes were the result of nearly 30 years of top-dressing with sand and other common maintenance procedures that buried some contours and steepened others. The green contours also no longer properly flowed into the contours outside the greens.

The crew utilized laser scanning and 3D computer modeling before starting work, then recreated slopes of around 3 degrees that extended playable green surfaces and opened up new hole locations.

“When we cored out those greens, it was almost like the rings of a tree. You could see the years of buildup,” Rhebb said. “What should be about 18 inches at most of the green surface mix, there was in spots two feet or more of mix in the greens. With almost 30 years of top-dressing, it was just time to come back and renovate these greens.”