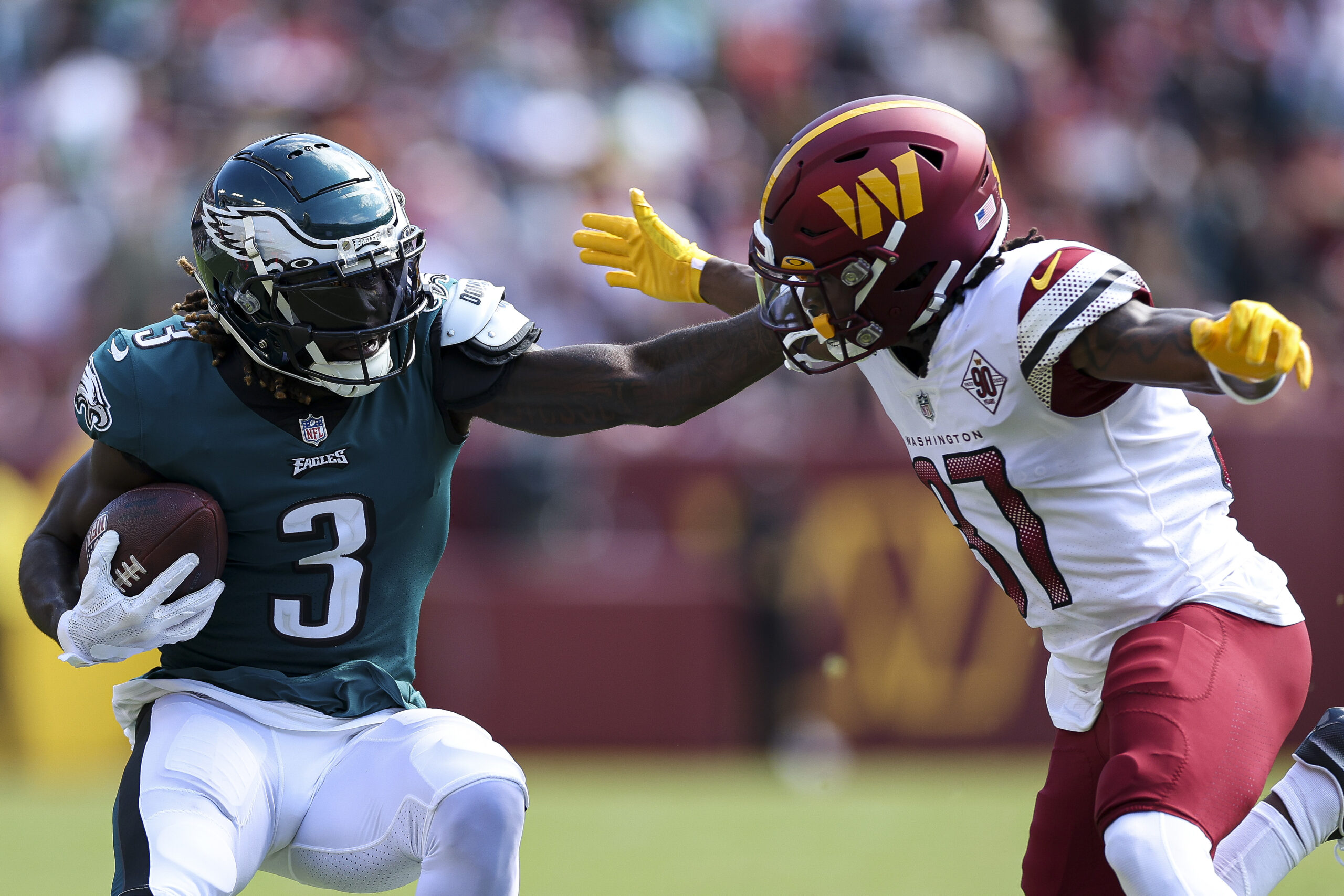 The Eagles are about 24 hours away from kicking off a home matchup against Doug Pederson and the Jaguars.

The Birds are a slight favorite and will look to start the season 4-0 with a matchup against Doug Pederson and the Jaguars looming in Week 4.

Jalen Hurts continues to cement his status and a new contract this season.

At the same time, Jonathan Gannon’s retooled defense will look to continue its strong play after dominating the Vikings and Commanders in consecutive weeks.

The Jaguars’ former starting QB isn’t holding grudges and has nothing but good things to say about the player who took his job. 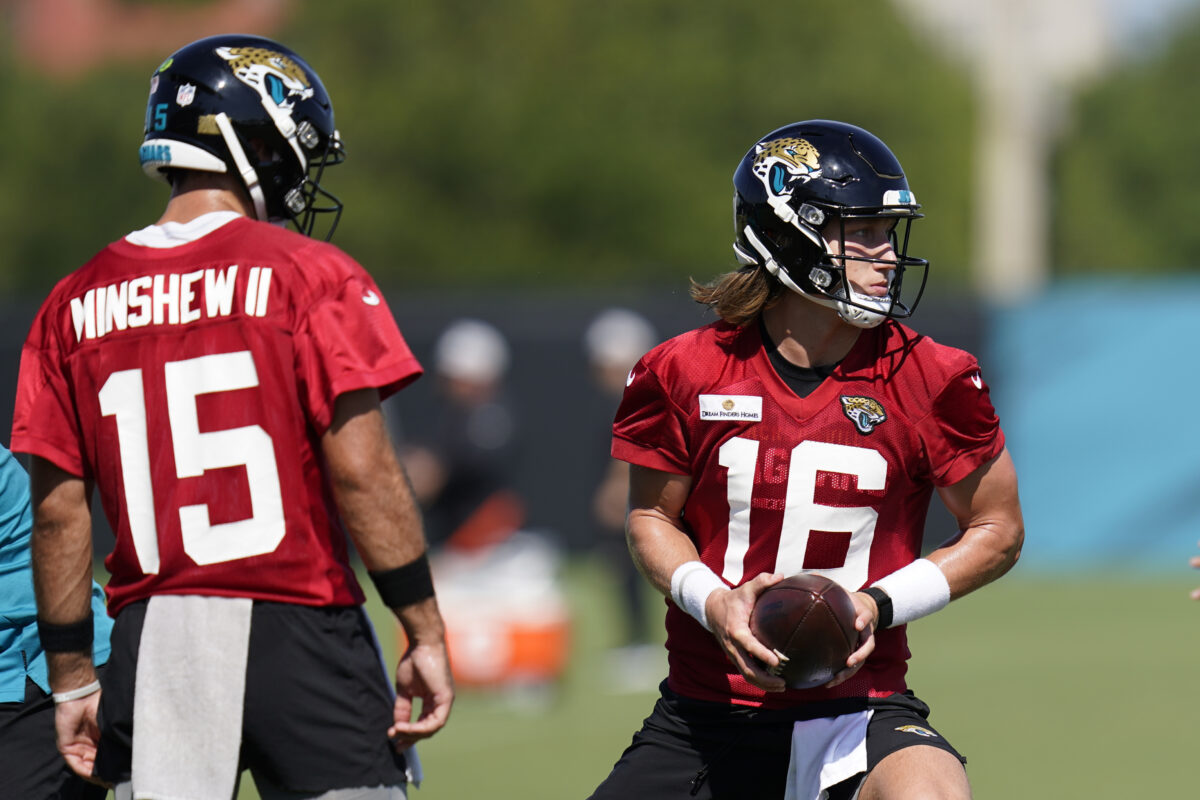 Gardner Minshew may have been replaced by Trevor Lawrence as quarterback of the Jacksonville Jaguars, but he’s not holding grudges.

Minshew and Lawrence “competed” for the starting role in Jacksonville prior to the 2021 season, although it was never much of a real competition after the Jaguars drafted the latter first overall. Minshew was traded to the Philadelphia Eagles near the end of August last year and is currently Jalen Hurts’ backup.

On Thursday, three days ahead of Minshew’s first game against the Jaguars since the trade, Jacksonville’s former starting quarterback had nothing but good things to say about the guy who took his job.

Gardner Minshew on Trevor Lawrence: "First, just great dude. Super humble. He's been told how good he is his whole life, he doesn't carry that around with him. Just a good dude to be around. …Talent-wise, he's got everything you could ask for."

Minshew, 26, was the Jaguars’ sixth-round pick in the 2019 NFL Draft and was thrust into the lineup during his first NFL game when Nick Foles went down with an injury. In two seasons in Jacksonville, Minshew threw for 37 touchdowns with 11 interceptions.

On Thursday, he also had plenty of nice things to say about the place where his NFL career began.

Minshew on his Jags career: "It was awesome. Being a 6th-round guy, having the opportunity to play as much as I did, it changed the whole trajectory of my career. So I couldn't be more grateful of my time there and the people there. So it'll be cool to play them."

The Jaguars received a sixth-round pick from the trade of Minshew. It was used this April to select cornerback Gregory Junior, who is currently on the team’s practice squad.

Minshew made two starts for the Eagles last year and threw four touchdowns with one interception. He hasn’t seen the field yet in 2022. 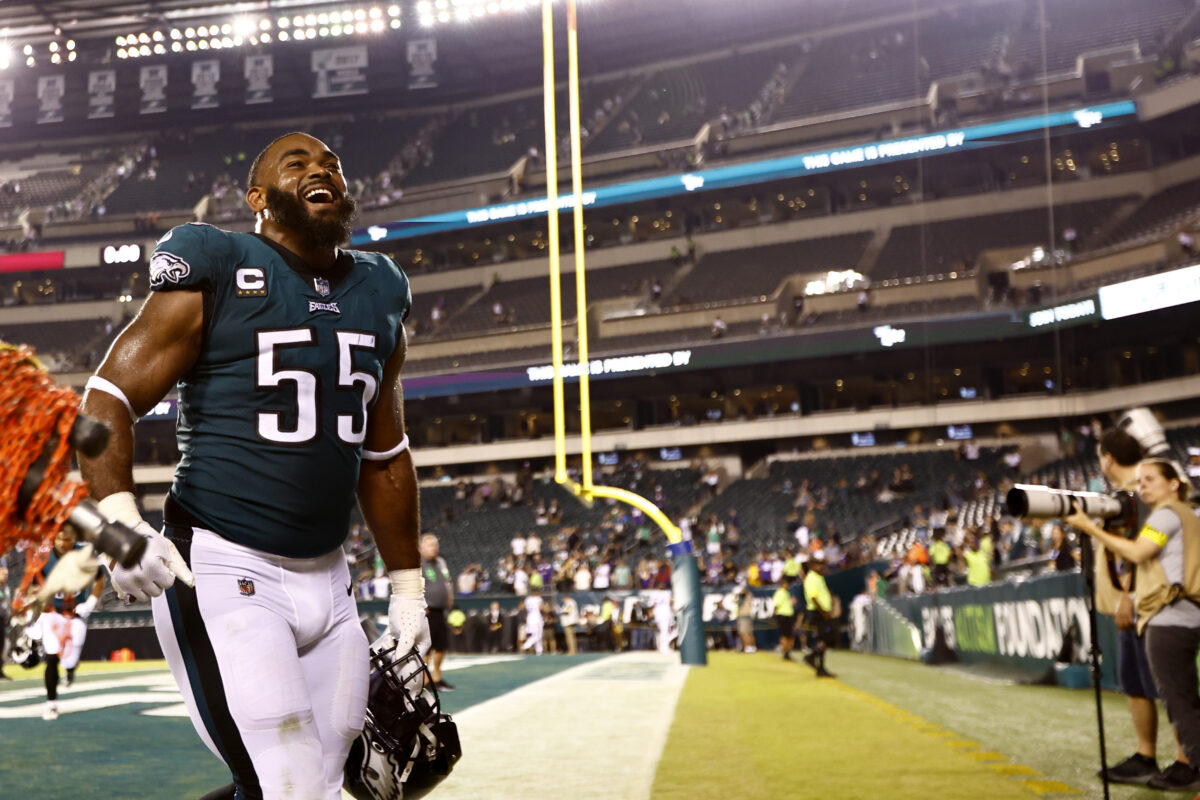 The Eagles are under 21 hours away from kicking off the division opener against the Commanders.

The Birds are a slight favorite and will look to start the season 3-0 with a matchup against Doug Pederson and the Jaguars looming in Week 4.

Jalen Hurts will look to cement his status and a new contract this season, while Jonathan Gannon’s retooled defense will look to continue its strong play after dominating the Vikings on Monday night.

Three keys for the Philadelphia Eagles offense vs. Minnesota Vikings defense in Week 2 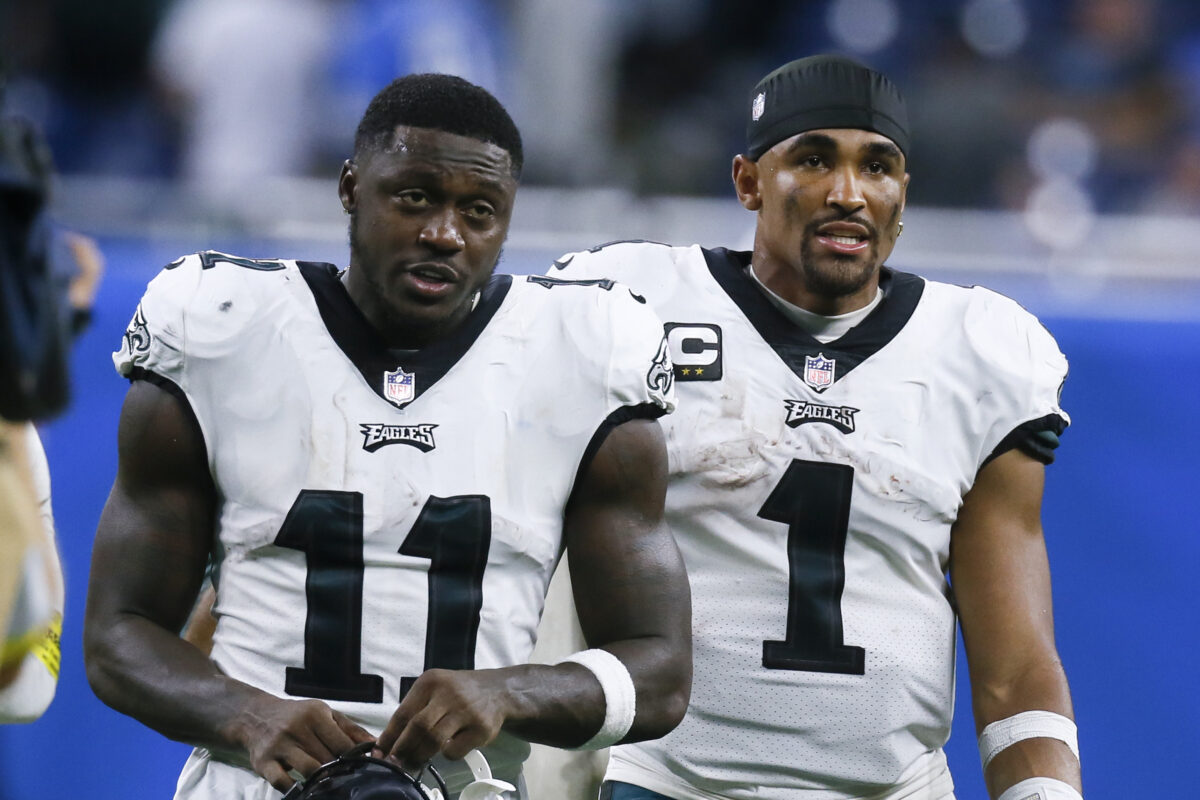 The Eagles and Vikings are hours away from closing out a wild Week 2 of the NFL regular season, and a win would keep both teams at the top of their respective divisions.

Philadelphia will look to replicate their offensive explosion from the season opener while getting a few other weapons involved.

For Minnesota, it’ll be establishing the running game while targeting Justin Jefferson early and often, attempting to overwhelm the Eagles defensively.

With kickoff now just a few hours away, here are three keys for the Philadelphia offense.

Looking at who has the ultimate advantage in Monday night’s matchup between the Philadelphia Eagles and Minnesota Vikings.

The Eagles have multiple primetime matchups, and the Week 2 contest against the Vikings will be the first of two Monday night appearances for one of the NFL’s biggest draws.

There will be immense talent on the field for both teams on each side of the ball, but who ultimately is the most talented roster for this matchup?

Philadelphia has made critical upgrades on defense, while new head coach Kevin O’Connell has Minnesota approaching their scheme with more innovation. 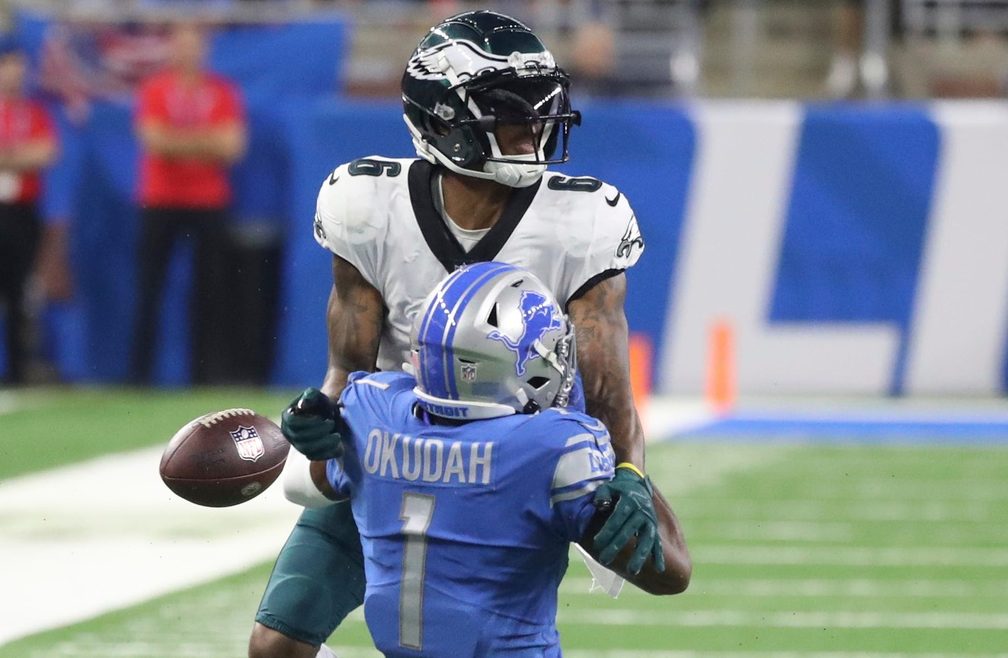 The Philadelphia Eagles (1-0) are home at Lincoln Financial Field for their home opener against the Minnesota Vikings (1-0) after a 38-35 victory over the Detroit Lions in Week 1.

The Vikings are looking to move into first place in the NFC North after defeating Green Bay 23-7 in their home opener.

Both teams are explosive on offense and have dynamic, big-named stars on the defensive side of the football as well.

With kickoff fast approaching, here are ten players to watch on Monday night. 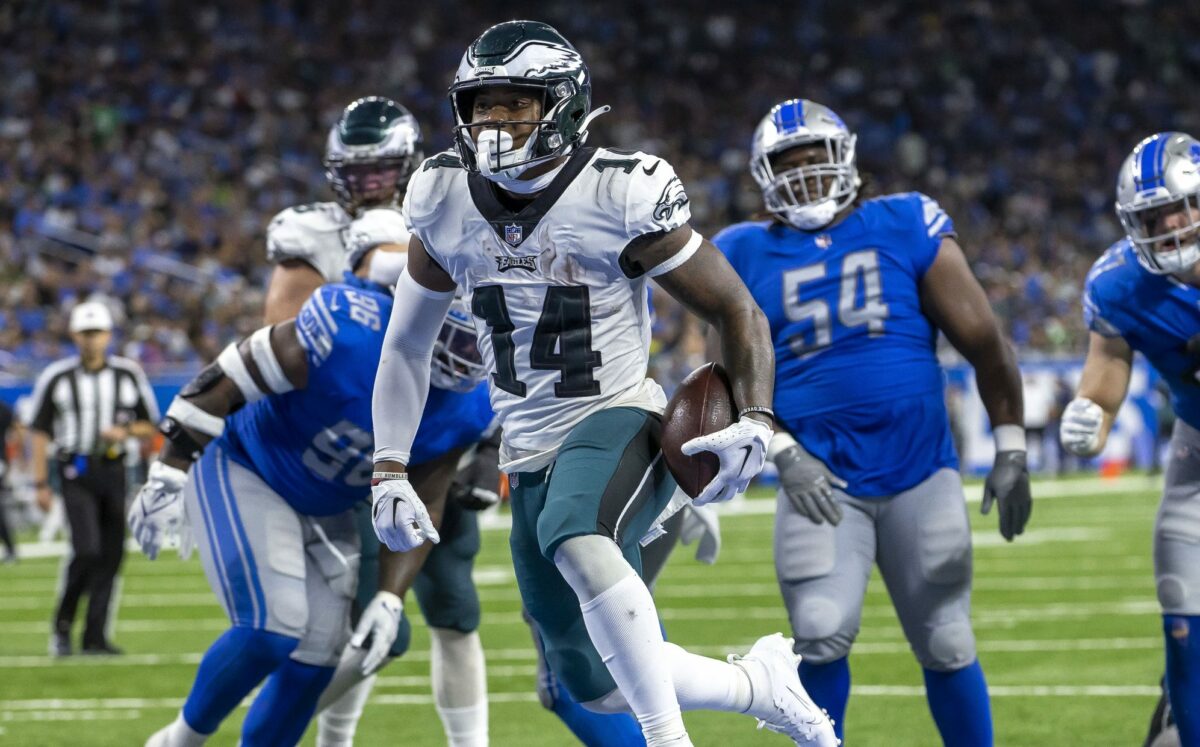 The Eagles are under 12 hours away from kicking off the home opener on ABC against the Minnesota Vikings.

The Birds are a slight favorite and will look to start the season 2-0 with a matchup against Carson Wentz looming in Week 3.

Jalen Hurts will look to cement his status and a new contract this season, while Jonathan Gannon’s retooled defense will look to rebound from a shaky start against the Lions. 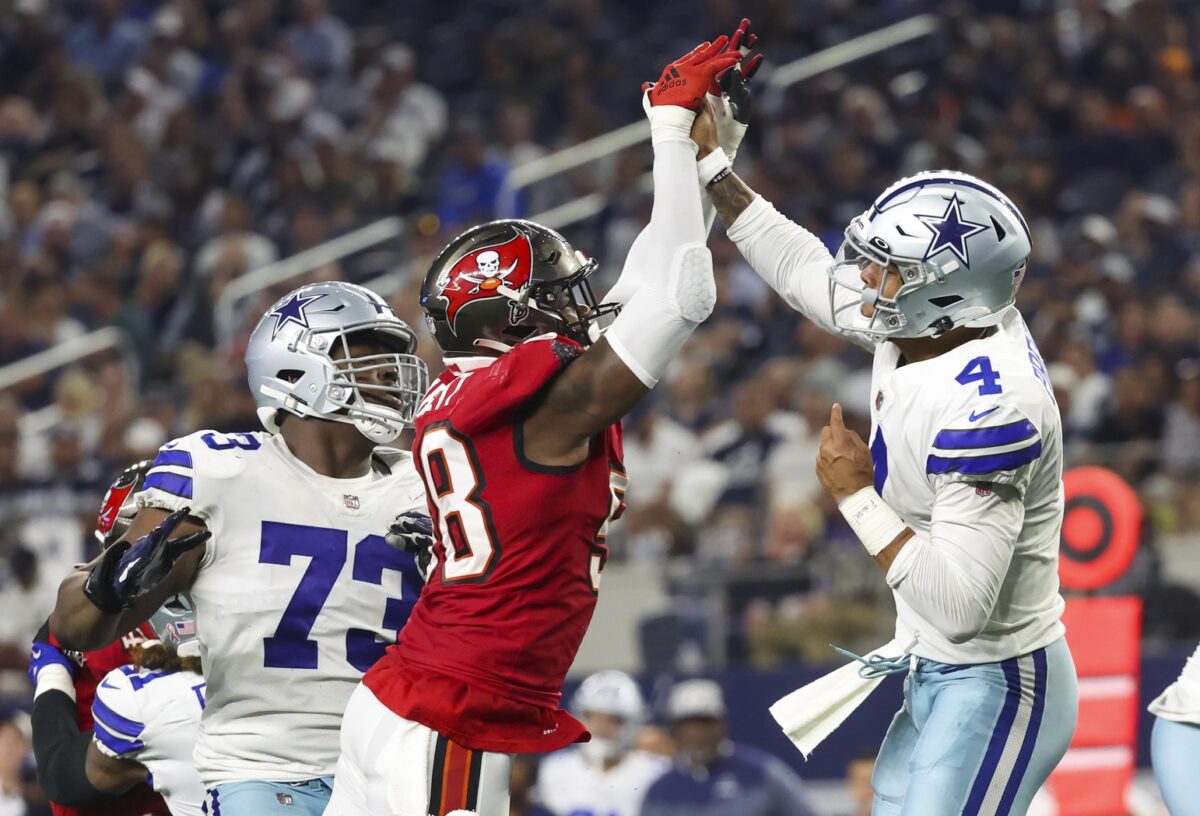 From @GMFB: #Cowboys QB Dak Prescott is out an extended period of time after a thumb fracture, as he’s set for imminent surgery. pic.twitter.com/4VZqOv0MAQ

The Dallas Cowboys will be without star quarterback Dak Prescott for several weeks after he undergoes surgery on a fractured thumb.

Prescott was injured in the fourth quarter of Dallas’ season-opening 19-3 loss to the Tampa Bay Buccaneers on Sunday night and is expected to miss 6-8 weeks, and the injury will likely land him on injured reserve.

The Cowboys will turn to Cooper Rush as their starting quarterback in Week 2 against the Cincinnati Bengals. Will Grier is the team’s No. 3 quarterback and he’s currently on the practice squad.

Prescott’s injury means Dallas will be without their star for the first matchup against the Eagles in Philadelphia on Sunday Night Football on October, 16. 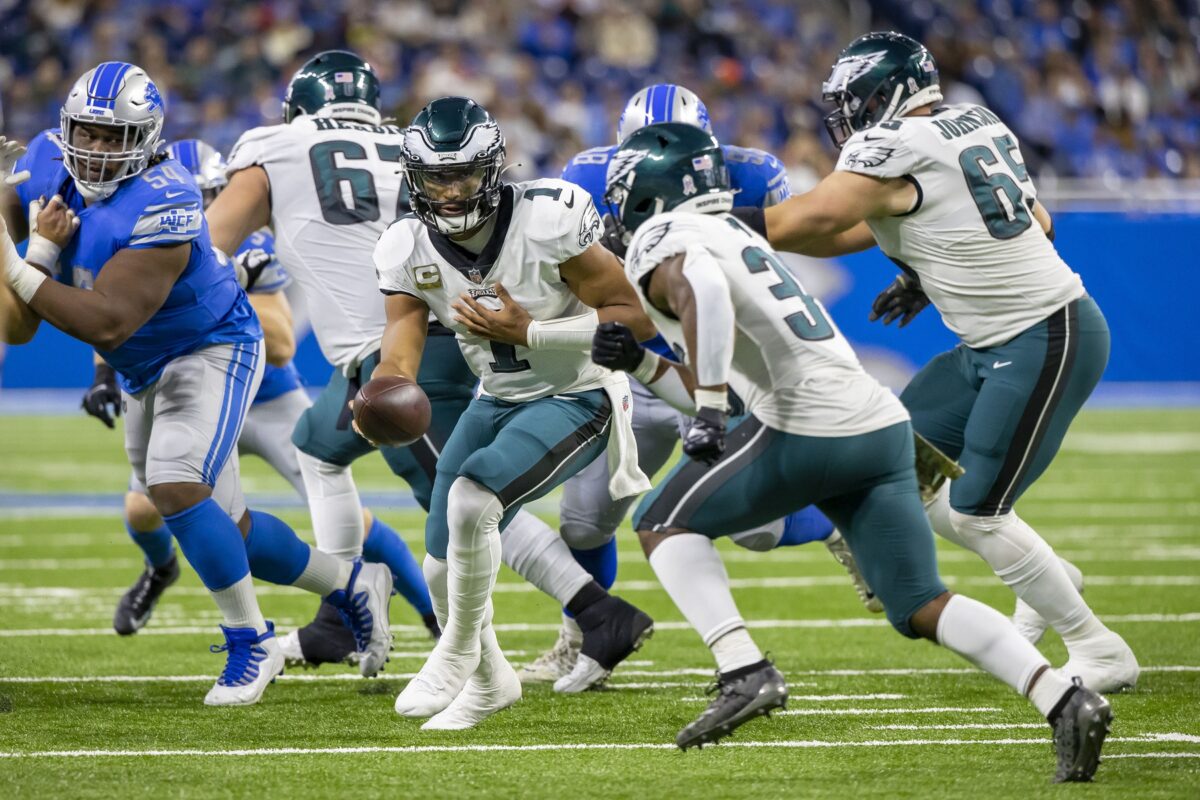 The Eagles are in Detroit and a little under 18 hours away from kicking off the season opener on the road against the Lions.

The Birds are a slight favorite and will look to start the season on a positive note with a huge home matchup against the Vikings ahead on Monday Night Football.

Jalen Hurts will look to cement his status and a new contract this season, while Jonathan Gannon’s retooled defense could be among the best in the NFL.

With the team settled in and prepared, here’s an updated look at the 53-man roster with news and notes after the elevation of Britain Covey. 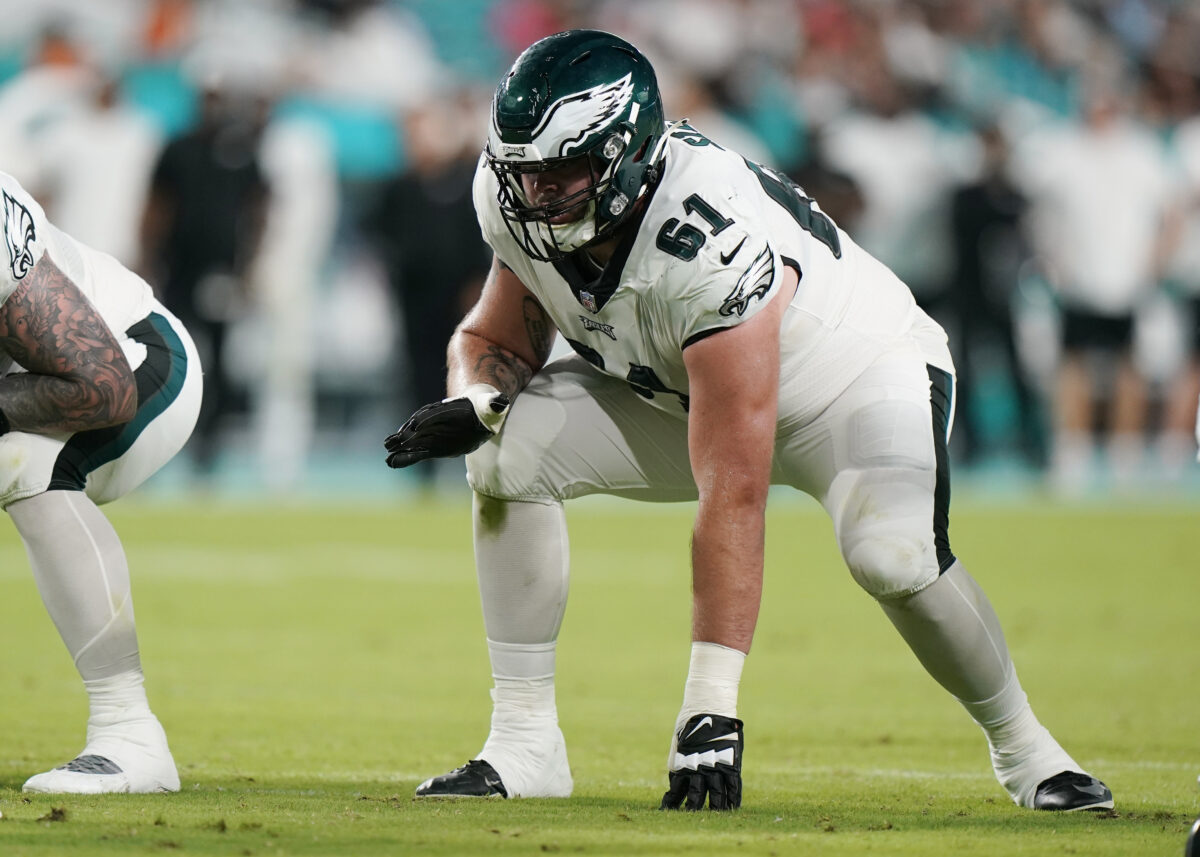 Philadelphia claimed quarterback Ian Book off waivers from the Saints, and the former Notre Dame quarterback would be the third signal-caller on the roster.

The Eagles fixed a previous mistake, trading Jalen Reagor before finishing the week by claiming running back Trey Sermon off waivers from the 49ers.

With preparation for the Lions set to begin, we’re analyzing the current 53-man roster.