On Wednesday, 49ers HC Kyle Shanahan said he believes the Panthers could “very easily” be 4-0 at the moment. 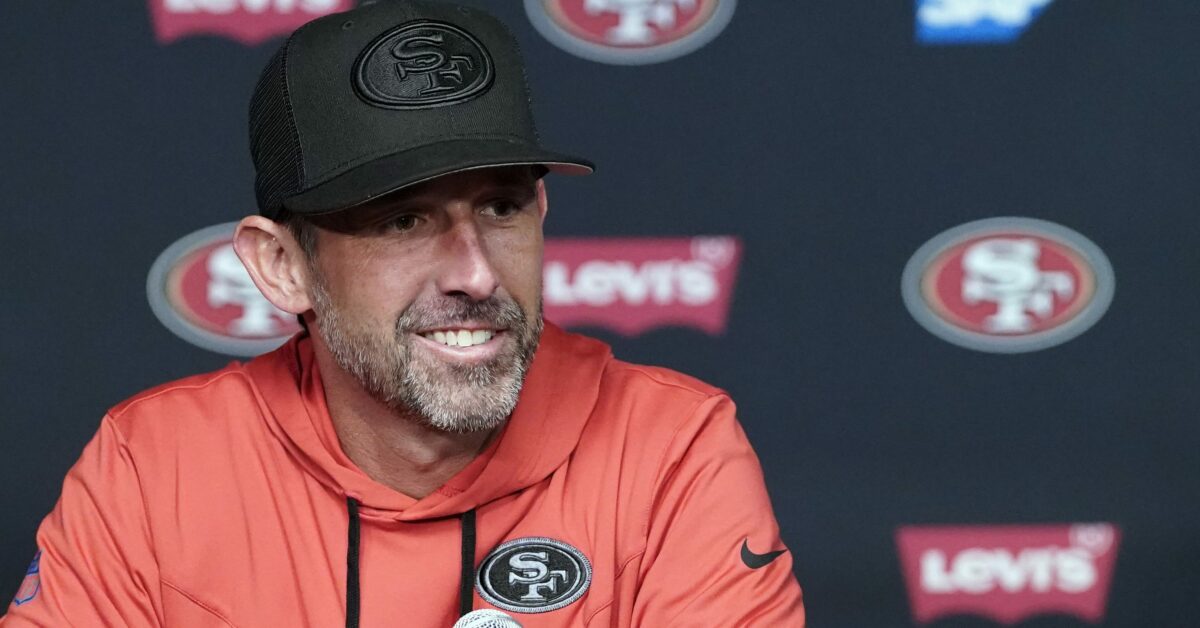 It seems as though we’ve now officially entered the pleasantries portion of our Week 5 matchup between the Carolina Panthers and San Francisco 49ers.

On Wednesday, the head coach of the latter team laid his praise on quite heavily for the former—perhaps too heavily, in fact. When asked what he’ll be focusing on when it comes to the Panthers, Kyle Shanahan gave a pretty lengthy soliloquy about how Matt Rhule’s team could very well be (wait for it . . .) undefeated at the moment.

“I see a team that could very easily be 4-0,” he said (with a straight face). “There’s only one game that they’ve won the turnover battle in, and they pretty much dominated that game.”

That game Shanahan alluded to was Carolina’s only victory of the season—a Week 3 triumph over the New Orleans Saints. The Panthers prevailed in the turnover battle, three to zero, en route to their 22-14 win.

Shanahan then proceeded to break down literally every other game:

“Last week versus Arizona, you see the end score and it doesn’t look close. But they had every chance to win that and it was—I’m gonna say 10 to 10 in the fourth quarter, 13 to 10.

“You look at the Giants game. They turned the ball over the first two plays of the game—the opening kickoff, then the first third down. They lost that 19 to 16—a game I thought they should’ve won.

“So you see a team that I think is playing really good defense. I think they have some talent on their offense. They’ve gotten in trouble just turnin’ it over a little bit, which has hurt ’em. And I think that’s similar to us. So I don’t look at their record and think any differently.”

The Panthers, of course, dropped all three of those outings.

While it is fair to say that Carolina “had their chances” in every one of those contests, their own self-inflicted wounds—particularly on offense—put them in those unfavorable positions. They are who they are—the team that has the fewest total yards, the lowest third down conversion percentage and the league’s least efficient quarterback.

So either Shanahan is really good friends with Rhule or maybe he really thinks the Panthers could actually be (typing this with a straight face) 4-0.