Isiah Pacheco gets significant first-team reps with the Kansas City Chiefs on Saturday. 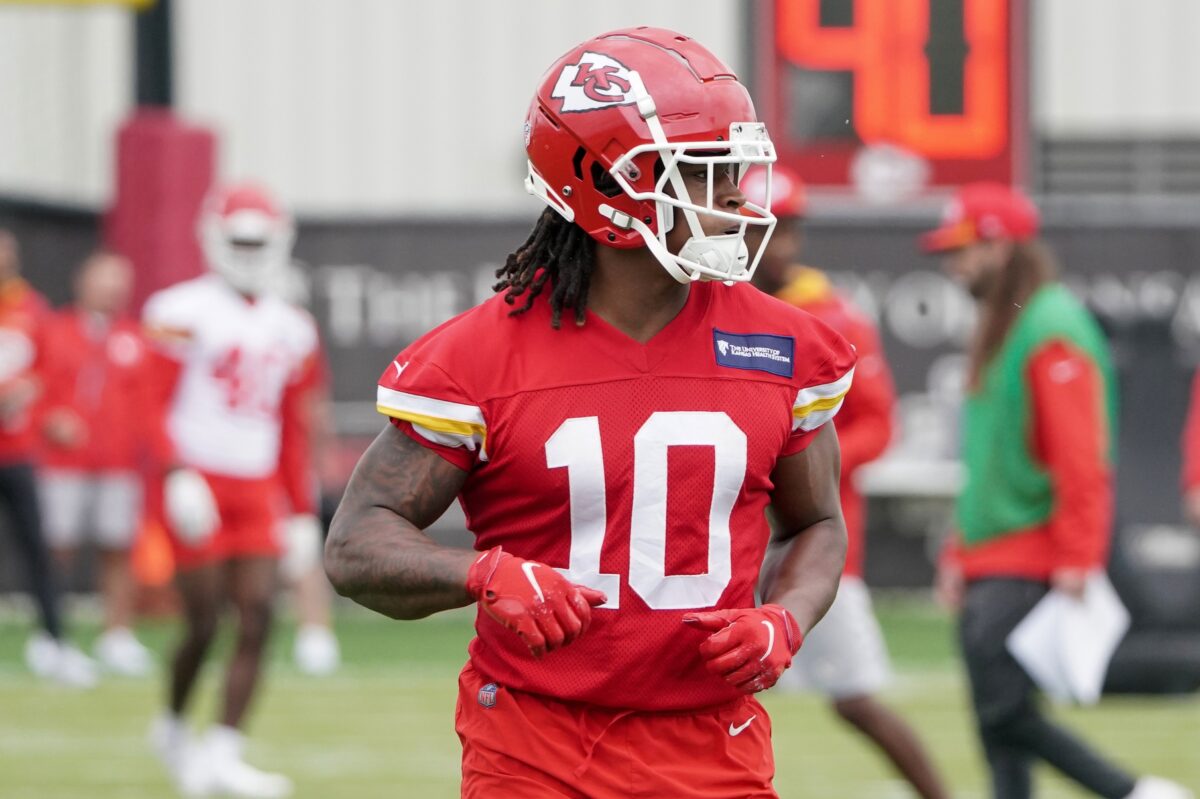 Former Rutgers football running back Isiah Pacheco is certainly making a strong impression in his first NFL training. In fact, the Kansas City Chiefs running back got some significant burn with the first team on Saturday in training camp.

Pacheco, a seventh-round pick of the Chiefs, was one of two Rutgers football players to get drafted in this spring’s NFL draft.

The running back landed in a perfect spot with the Chiefs, where he plays behind an established and balanced offensive line that should be able to clear lanes so he can get to the next level.

Veteran running back Jerick McKinnon, set for what will be his ninth season in the NFL (he did miss two seasons to injury), has been impressed with Pacheco. Not just the former Rutgers’ star as an athlete but also his effort.

“He’s a humble guy and his work ethic is top tier. He’s real explosive and has nice size. Him and (Tayon) Fleet (Davis) both, big backs but they move really well,” McKinnon told reporters on Saturday.

“They have good footwork in the individual drills. I know the coaches think highly of them and so does everybody else on the team. These last couple of days he has shown what he can do with the ball. Like I told him and the other guys, when you come in as a rookie, it’s going to be that big learning curve. Especially now, everything is flying. In OTA’s, it’s a little slower and you get to learn with the coach, and they break it down. Once you get to camp, it’s all cylinders. Just watching those guys each day just learn and come out and make progress has been amazing.”

In college, Pacheco played for a Rutgers team that spent the last two seasons rebuilding and this affected his offensive output for sure.

On 167 rushing attempts last season, he had 647 rushing yards and five touchdowns. He was an Honorable Mention All-Big Ten selection in 2021.