After shredding the Texans offense in Week 2, Ravens star Lamar Jackson is the one Baltimore player you must start in Week 3 on DraftKings. 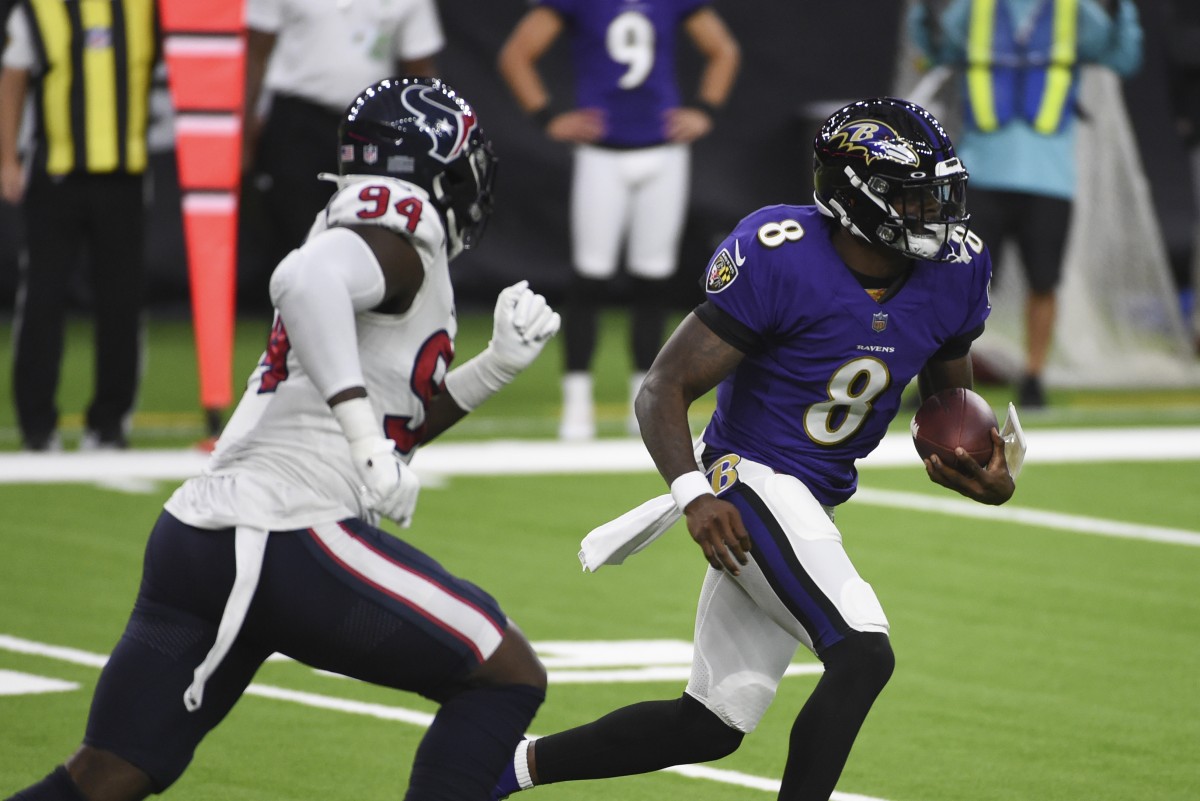 This week’s edition of Monday Night Football offers Game of the Year potential when the undefeated Baltimore Ravens host the reigning Super Bowl champion Kansas City Chiefs in a matchup of the past two NFL MVPs.

Both teams are heavy favorites to win the Super Bowl this season and it’ll be on the backs of their quarterbacks. Lamar Jackson and Patrick Mahomes are the two most exciting signal-callers in the NFL and the 2020 matchup marks the third straight season they’ll face off against one another.

Jackson is the one Ravens player you need to start in Week 3 on DraftKings because outside of his all-world rushing ability, the 2020 version is producing historic passing numbers that are on pace to rewrite the NFL’s record books. Last week, Jackson became the first player in league history with at least 45 touchdown passes (45) and fewer than 10 interceptions (9) over his first 600 pass attempts.

In last week’s win over the winless Houston Texans, Jackson went 18 of 24 passing for 204 yards and one passing touchdown. Jackson did his part on the ground as well, carrying 16 times for 54, and amassing 254 total yards of offense.

The Ravens star has worked on his deep-ball accuracy since last season. Jackson has completed 58.3 percent (7 of 12) so far this year, up from the 39.5 percent he completed last season.

Jackson’s a must-play against the Chiefs’ defense because he has just one interception over his last 29 touchdown passes and Kansas City, susceptible to the pass, have also allowed 301 rushing yards so far in two games, while also struggling to create pressure or turnovers.