Clemson continues to rank consistently across the board within the Top 5. 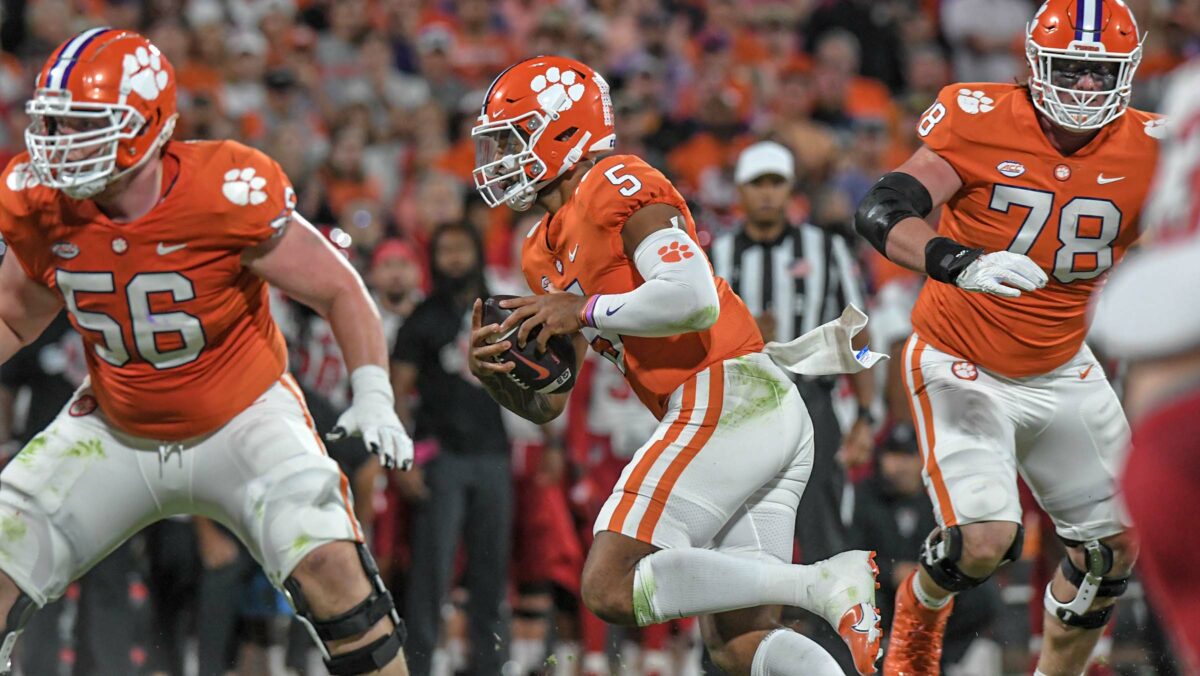 Clemson came in at No. 5 on the list, which is consistent to both their previous ranking on the list in Week 4 as well as in several other recent college football polls.

With five teams losing for the first time in 2022, the list is down to just 16 teams. NC State, Washington and Kentucky all ended up adding a loss to their record after facing an unbeaten opponent while Florida State and Minnesota fell to big upsets over the weekend.

Here’s what ESPN’s Bill Connelly had to say about Clemson remaining at No. 5:

What they did in Week 5: defeated NC State 30-20. The Tigers’ defense sacked Devin Leary three times and allowed just 279 total yards, and DJ Uiagalelei combined a steady 209 passing yards with two short-yardage rushing touchdowns. Clemson slowly pulled away from the Pack, leading by 17 before a late State score.

Why they’re ranked here: The Tigers are in an interesting place at the moment. Their defense struggled against both Louisiana Tech and Wake Forest but came together last week; their offense has battled inconsistency but is now up to 16th in points per drive thanks in part to good field position and great red zone production. My SP+ ratings don’t trust them because they aren’t really dominating a weak ACC landscape, but their odds of running the table are obviously increasing by the day.

They have two tricky road trips remaining — at Florida State on Oct. 15, at Notre Dame on Nov. 5 — but should be favored by double digits in all other regular-season games.