Check out live WWE Raw results for the August 1, 2022 episode from the Toyota Center in Houston. 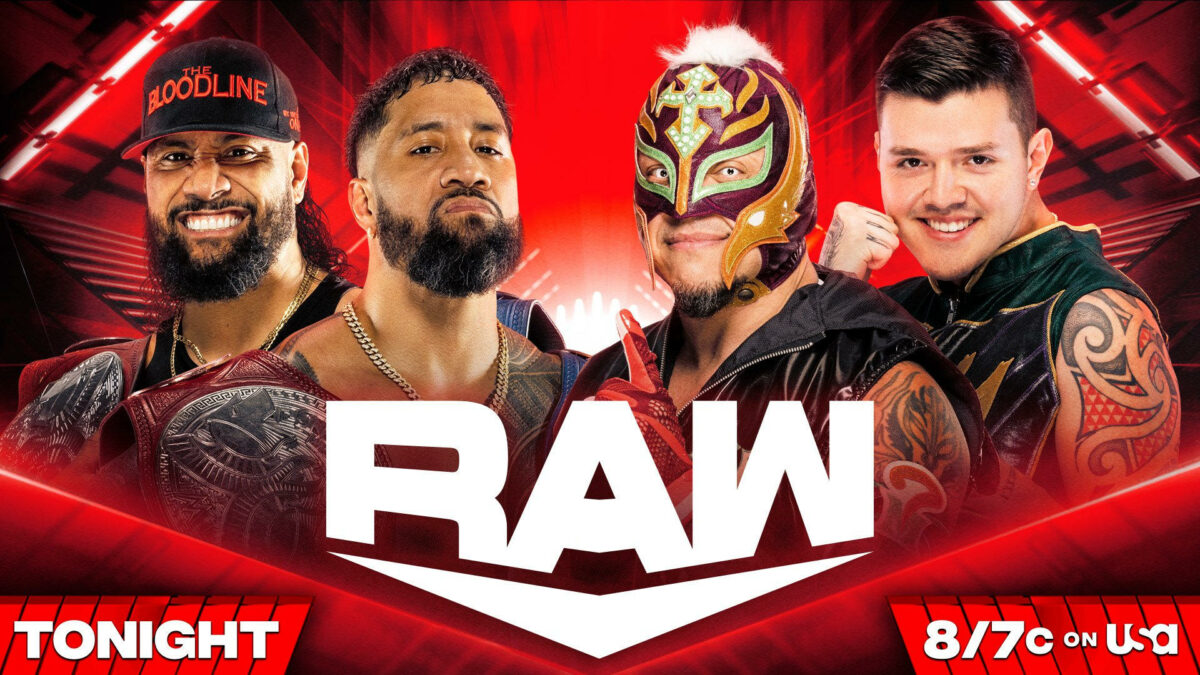 August is usually when people start referring to the dog days of summer, where thoughts of back to school and a bit of a grind set in. Not so for WWE, which feels rejuvenated after the departure of Vince McMahon and an entertaining SummerSlam. Raw will look to keep that vibe going tonight from the Toyota Center in Houston.

While the aftereffects of the Biggest Party of the Summer are sure to be felt throughout the show, we’ll get some fresh matchups as well. There will be no rest for The Usos after they fended off the Street Profits in Nashville, as their undisputed WWE tag team titles will be on the line against The Mysterios. Rey and Dominik should be confident after defeating The Judgment Day, albeit with an assist from Edge.

Opportunity will also come knocking for six men vying to become the No. 1 contender for Bobby Lashley’s United States Championship. Raw will see a pair of Triple Threat Matches take place; one with Dolph Ziggler, Ciampa and Chad Gable, and the other featuring AJ Styles, Mustafa Ali and The Miz. The winners of those two bouts will then face each other, with the victor earning a shot at Lashley.

We’d be remiss if we didn’t mention that rumors are circulating about other potential returns in Houston, and the Raw after SummerSlam is also a prime time for possible callups from NXT. Add it all up and it’s a Raw you won’t want to miss.

But … if you’re otherwise engaged tonight or simply not within range of a TV with USA, we’ve got you covered. Bookmark this page and check back throughout the night as we update it with the latest WWE Raw results from Houston and you won’t miss anything significant. We promise.