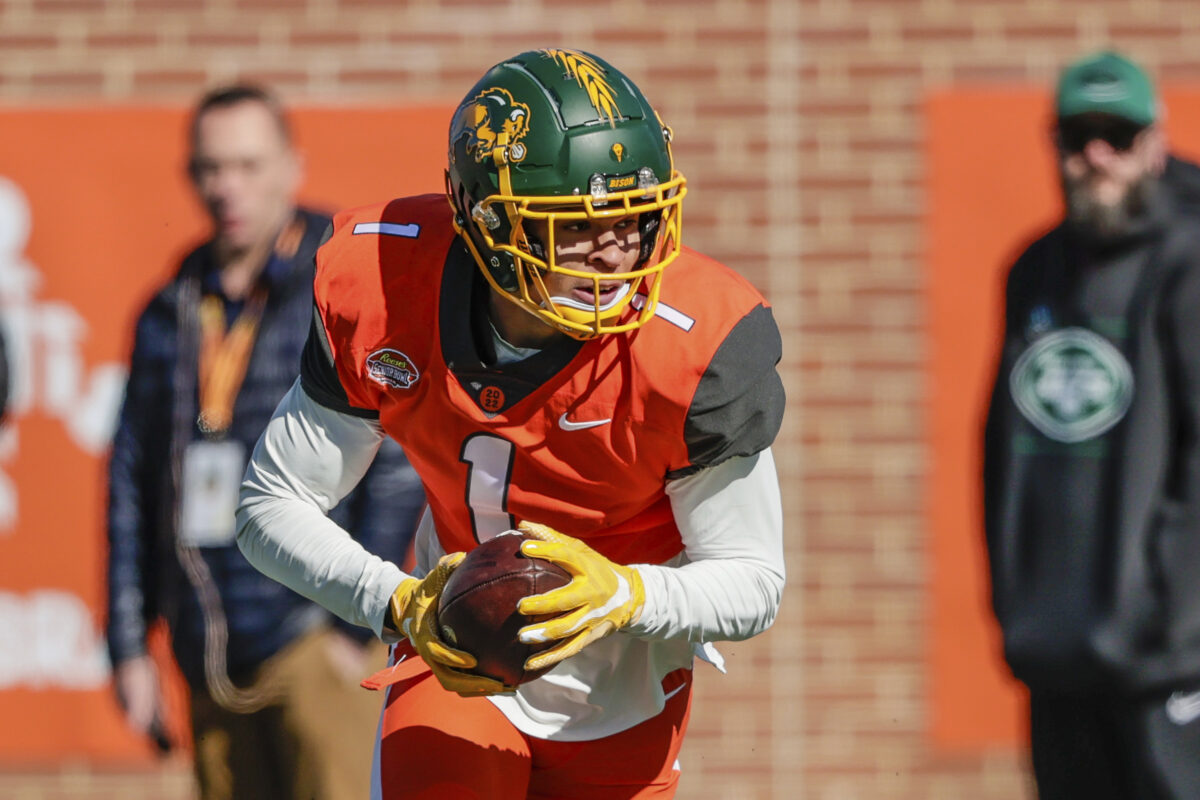 After spending both of their first-round picks in the 2022 NFL draft on Georgia defenders, the Green Bay Packers made a bold move to trade up to the top of the second round, landing an explosive pass-catcher to help replace Davante Adams.

North Dakota State’s Christian Watson brings a rare combination of size and speed to a passing offense that just lost its top two receivers in Adams and Marquez Valdes-Scantling, giving Aaron Rodgers a dynamic weapon that he desperately needs.

After dominating FCS competition in college, Watson crushed the NFL Scouting Combine. He measured in at 6-4 and 208 pounds, then proceeded to run a 4.36-second 40-yard dash, showing off impressive speed to go along with his big frame and long arms.

While Watson still has some rough edges to smooth out in his game, his physical traits give him limitless upside, especially with a quarterback like Rodgers throwing him the ball. Rodgers has the arm strength to take full advantage of Watson’s ability to stretch the field, and his combination of size and speed should make him effective after the catch, turning short receptions into big plays.

After the departures of Adams and MVS this offseason, Watson should get plenty of opportunities to make an immediate impact for Green Bay as they look to remain among the NFC contenders for the Super Bowl in 2022.