Boxing Junkie staffers are trying to have some fun while the sport is on hiatus because of the coronavirus pandemic. One of the questions fans love to ask even amid a busy schedule is, “Who would win if …?” With that in mind, we decided to create … 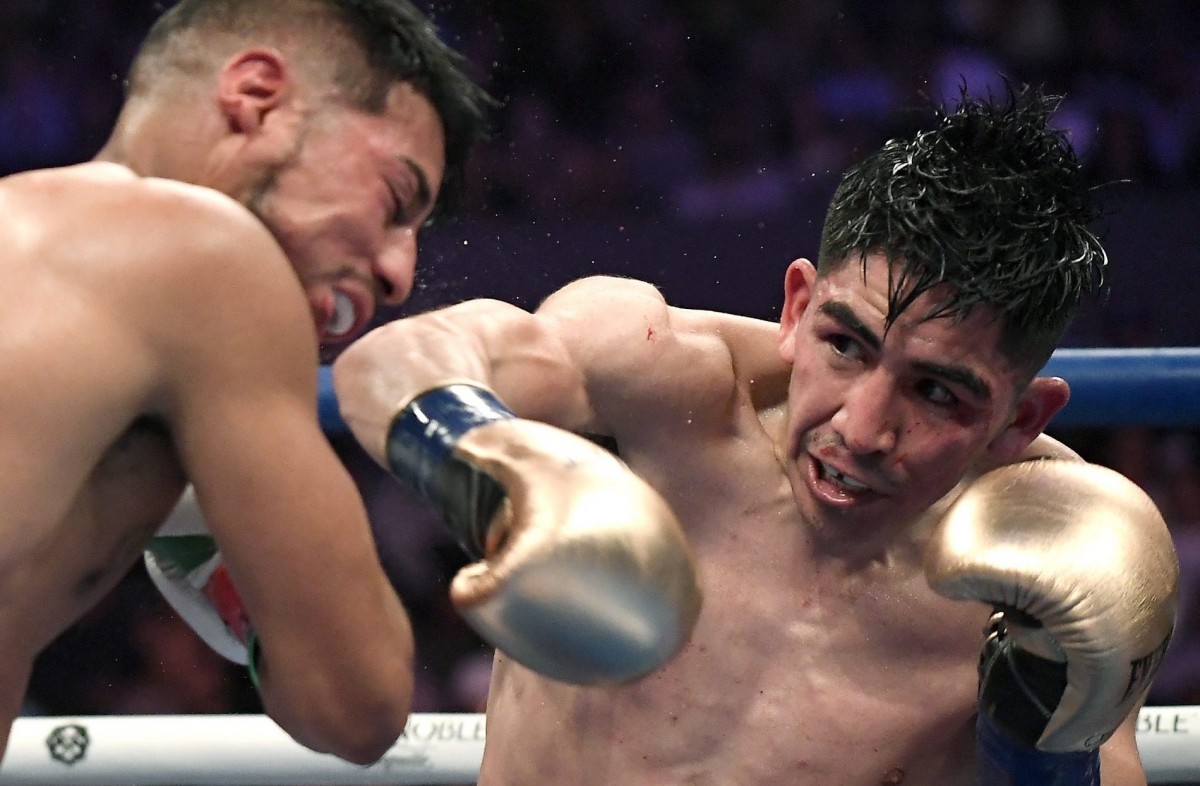 Boxing Junkie staffers are trying to have some fun while the sport is on hiatus because of the coronavirus pandemic.

One of the questions fans love to ask even amid a busy schedule is, “Who would win if …?” With that in mind, we decided to create our own “Who Wins?” feature, in which we pit a single fighter against each of five potential opponents and indicate who we believe would win the fights.

We started the series with our No. 1 boxer pound-for-pound, Vasiliy Lomachenko, and moved down the Boxing Junkie list to No. 2 Terence Crawford, No. 3 Canelo Alvarez, No. 4 Naoya Inoue, No. 5 Oleksandr Usyk  and No. 6 Gennady Golovkin, No. 7 Errol Spence Jr., No. 8 Tyson Fury, No. 9 Juan Francisco Estrada, No. 10 Mikey Garcia, No. 11 Artur Beterbiev and No. 12 Josh Taylor, No. 13 Manny Pacquiao and No. 14 Srisaket Sor Rungvisai.

Next up is our final subject, No. 15 Leo Santa Cruz.

In this installment of Who Wins?, our staffers’ give their takes on how Santa Cruz would do against Gervonta Davis, Gary Russell Jr., Miguel Berchelt, Joseph Diaz Jr. and Jamel Herring. We then tally Santa Cruz’s record in those fights and present our standings.

Santa Cruz isn’t the flashiest boxer (or person) but he has known almost nothing but success. He has fought at the elite level for a decade, has won titles in three divisions and avenged his only loss (to Carl Frampton) by consistently outworking his opponents.

We want to acknowledge that the choice of possible opponents is subjective. We’re looking for the best possible but also realistic foes for our featured boxers. One caveat: We won’t consider promotional and managerial rivalries that often stand in the way of the best matchups. And we’re operating under the assumption that none of our featured boxers will fight with ring rust as result of their forced coronavirus-related layoff.

So here goes: Santa Cruz vs. his five potential opponents.

Rosenthal: Santa Cruz makes his opponents miserable because of his work rate; he doesn’t give them a chance to breathe. Davis, at his best, is more dynamic – quicker, more explosive – and definitely a bigger puncher. If he can handle Santa Cruz’s pressure – which isn’t a given – he’ll control the fight by outboxing Santa Cruz and landing the bigger shots. Davis by decision.

Frauenheim: Hard to know what to make of Santa Cruz. He was a whirlwind at 126 pounds. But recent performances are forgettable. Davis has dangerous power. Dangerous temper, too. The Santa Cruz of a few years ago frustrates him, beats him on the cards. Expect the old Santa Cruz, who wins a unanimous decision.

Nam: It comes down to whether Davis shows up in shape and prepared. If he fought like he did against the one-legged, washed-up Yuriorkis Gamboa, Santa Cruz could run away with a decision. Given how Davis’s energy tends to sag in the second half of fights, Santa Cruz could be in a prime position to snag some rounds on activity alone. The thinking here, though, is that Davis’s power will have the last word. Davis by stoppage in the late rounds.

Rosenthal: Santa Cruz has the style – pressure, pressure, pressure – to give a slick boxer problems. But Russell has the talent, the experience and toughness to handle almost anything. He’ll use his feet to frustrate Santa Cruz and land more than enough quick, accurate shots to win rounds. Russell by decision.

Frauenheim: Harder to know what to make of Russell than it is Santa Cruz. He’s fought only four times over the last four years. He’s known for hand speed. He’ll be 32 in June. If the speed is still there, he beats Santa Cruz, landing punches from various angles. Expect the speed to be there. Russell, unanimous decision.

Nam: If Santa Cruz can’t cut off the ring, he doesn’t have a chance of winning this fight. Superior hand speed notwithstanding, Russell is an effective boxer, who likes to continually slide to his left as he flits in with a flurry here and there, making this something of a nightmare styles matchup for the Mexican. If Russell doesn’t skimp out on the road work, he should find himself on the winning end of a decision.

Rosenthal: Berchelt is the genuine article. The Mexican can box, he can punch, he can take a punch (with one exception years ago) and he, like Santa Cruz, is a natural 130-pounder. Neither will have to look for the other, meaning both fighters will land a lot of hard shots. Punching power will be the difference. And Berchelt has an edge in that department. Berchelt by late KO.

Frauenheim: Santa Cruz’s toughest fight. Berchelt has a presence, an intangible poise. He won’t lose his cool, even a Santa Cruz at his whirlwind best. He’s also strong, physical enough to slow down Santa Cruz, especially in the later rounds. Berchelt, unanimous decision.

Nam: Like Santa Cruz, Berchelt likes to mix it up on the inside. Only he’s bigger and he hits harder. This is a fun fight until Berchelt’s natural advantages take over in the second half. Berchelt by unanimous decision.

Rosenthal: Diaz, a former U.S. Olympian, is a polished, gutsy boxer who is coming off a break-through victory over Tevin Farmer to win a 130-pound title in January. He will give Santa Cruz problems early in the fight but Santa Cruz, also an excellent boxer, ultimately will outwork him and win a clear decision.

Frauenheim: Diaz has momentum, winning five straight since his lone loss to Russell in May 2018. An accomplished amateur, he has solid boxing skills. He also knows Santa Cruz. He sparred with him. What he doesn’t have is power, or at least enough to slow down Santa Cruz, who wins unanimous decision.

Nam: Both guys like to tussle on the inside, but Diaz hits harder and his southpaw angles will befuddle the somewhat unimaginative Santa Cruz. This is a high-volume affair that’ll be close on the cards. Diaz by decision.

Rosenthal: Herring, another U.S. Olympian, realized his potential by outboxing Masayuki Ito to win a 130-pound title last May. He doesn’t have much power but he’s a beautiful, effective boxer. The problem for him is that Santa Cruz will be in his face from beginning to end, giving him little chance to find his rhythm. Santa Cruz by clear decision.

Frauenheim: Herring is slick and as tough as his Semper Fi nickname. The combat veteran knows his way around the ring. But his power – 10 KOs in 21 fights – is suspect. He’ll need more than he has displayed against the often-tireless Santa Cruz. Santa Cruz, unanimous decision.

Nam: Herring is bigger (he used to campaign at 135), awkward, and mobile. Stylistically speaking, Santa Cruz has never fought anybody like Herring; the majority of his opponents have been artless, come-forward types. Herring controls the distance and pace for 12 rounds, working behind his southpaw jab while continually turning Santa Cruz, en route to a points decision.