Ally McDonald enjoyed a more eventful pandemic break than most of her LPGA peers. 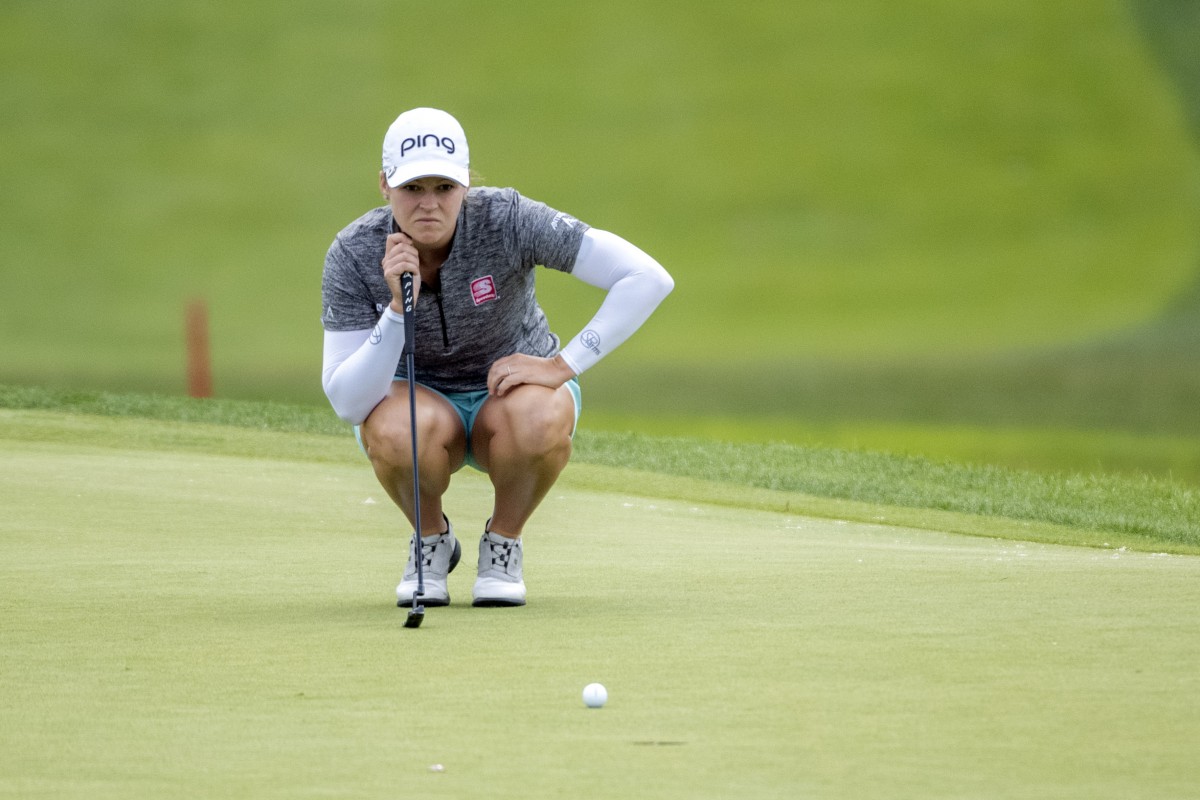 SYLVANIA, Ohio – Ally McDonald enjoyed a more eventful pandemic break than most of her LPGA peers. The 27-year-old married Charlie Ewing on May 30 at a small wedding in West Point, Mississippi.

What was supposed to be a celebration with 250 people in a big church was pared down to 50 in a small chapel.

“We really wanted to abide by everything and get as many people as we possibly could,” said McDonald. “So we waited for the numbers to get from 20 to 50 for an outside gathering and we kind of went for it.”

McDonald, who opened with a 5-under 66 at the Marathon LPGA Classic, trails co-leaders Lydia Ko and Danielle Kang by two strokes. The 2019 Solheim Cup rookie missed the cut at last week’s LPGA Drive On Championship at Inverness.

5.30.20 • We joined together as one! No words can describe how amazing our wedding day was! Even in the middle of a pandemic, it was a perfect day that will be remembered forever. Our wedding day was captured perfectly by @blakemccollum. These are just a few of my favorites! Oh btw… my husband @chewing00 is a stud! #covid-19wedding #Mr.andMrs.Ewing

McDonald originally planned to marry Ewing on July 31 during the Olympics. With LPGA events being pushed back, the couple decided to move their wedding forward.

“We seated immediate family inside,” said McDonald, “and a few friends were able to stand outside and see.”

The smaller gathering made it easier to spend quality time with loved ones, which McDonald called an added blessing. The original honeymoon that was planned for Vermont moved instead to Tennessee.

While McDonald tied the knot in 2020, several other LPGA players were forced to postpone their weddings to 2021. Anna Nordqvist was scheduled to marry tour caddie Kevin McAlpine in a castle in Scotland on July 11. They have since rescheduled for 2021. Nordqvist joked on Instagram that the 10 dozen personalized golf balls they ordered with their original wedding date will be “lost in the bushes shortly on golf courses.”

Happy Wedding Day @mcalpinekev 💙!! Today, July 11 2020, was suppose to be our wedding day… well it was ”our day” for a year and a half. 👰🏼🤵🏼We might not be walking down the aisle today but at least we get to spend the day together. We now look forward to celebrate with our closest friends and family in 2021. After a year and a half full of planning, it definitely has been a weird and dissapointing time having to postpone our wedding (I feel for all other couples having to do the same), cancel my bachelorette party and deal with all the logistics having a European wedding… (and we bought about 10dz of personalized golfballs w our original date on them that now probably will been found lost in the bushes shortly on golfcourses 🤣😂) Im sure Kev will be delighted with all new wedding ideas (and additions) I will come up with in the coming months 😉…. the wedding might seem far away right now, but I cant wait to be your wife- and that – will be worth waiting for. Love, Future Mrs. McAlpine 💙

Germany’s Caroline Masson postponed her wedding to Jason McDede, who caddies for Nelly Korda, to 2021. Hometown sweethearts Brittany Altomare and Steven Stanislawzyk had a destination wedding planned this fall in Italy. The Shrewsbury, Massachusetts, natives will celebrate next year.