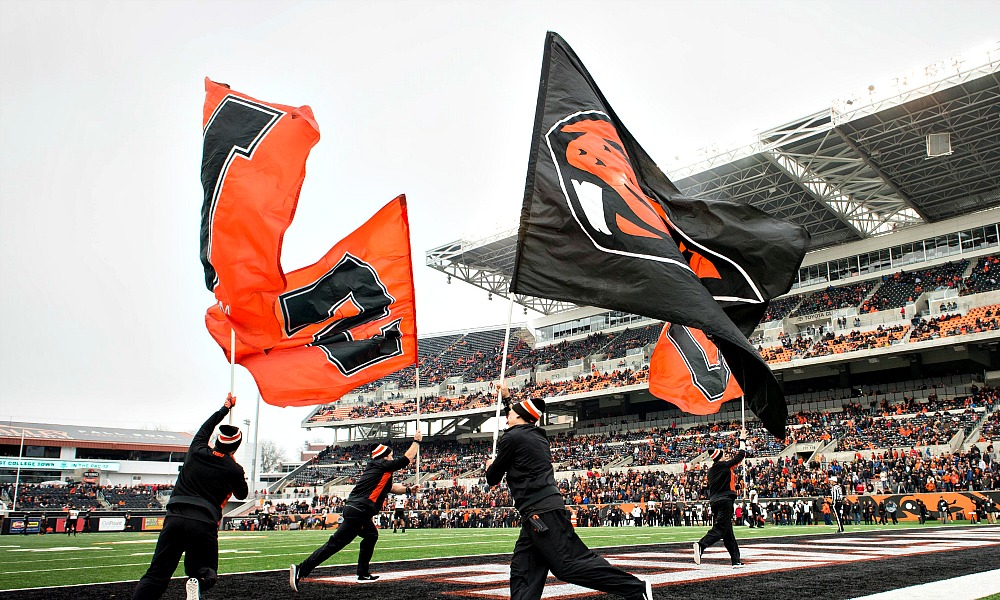 Washington vs Oregon State How To Watch

Has this finally turned?

Washington was far better than it showed in the loss to Montana, and it wasn’t ready for primetime in the blowout loss to Michigan. The dominant win over Arkansas State was a start, and getting by a pesky Cal last week was a huge step.

The run defense has been fine, the passing game has started to improve, and the team is starting to find a way to get through the problems that are still there – it starts with the turnovers.

The Huskies still have problems giving the ball away, but the D took it away six times in the two wins after not forcing any turnovers in the two losses.

Oregon State might be improving, but it gets flagged way too much, the pass defense is an issue, and the D isn’t able to get off the field. However …

Why Oregon State Will Win

Oregon State takes the ball away. A lot.

Washington lost to Montana on three turnovers, and it gave the ball away three times against Arkansas State, but they didn’t matter. Oregon State has a few problems with giveaways – five on the year – but it’s been okay. The defense picked off USC four times and has nine takeaway so far.

It’s going to generate turnovers in this.

Oregon State has cranked up the ground attack, ripping through USC for 322 yards with BJ Baylor continuing his phenomenal start to the season averaging 6.9 yards per carry with seven scores.

Washington’s run defense is supposed to be great, but it still has to prove it against a team that commits to the ground attack.

Oregon State has been just that good, but was the USC game a mirage?

It’s all up to the Washington offense and the how much it turns the ball over. The Beavers have been hit for over 300 yards through the air against all three FBS teams, and the Huskies will get there.

Oregon State will keep the offensive balance going, the D will generate two picks, and the team will continue to be one of the bigger stories of the Pac-12 season.