As time passes, more reports surface suggesting this may not have ever occurred. 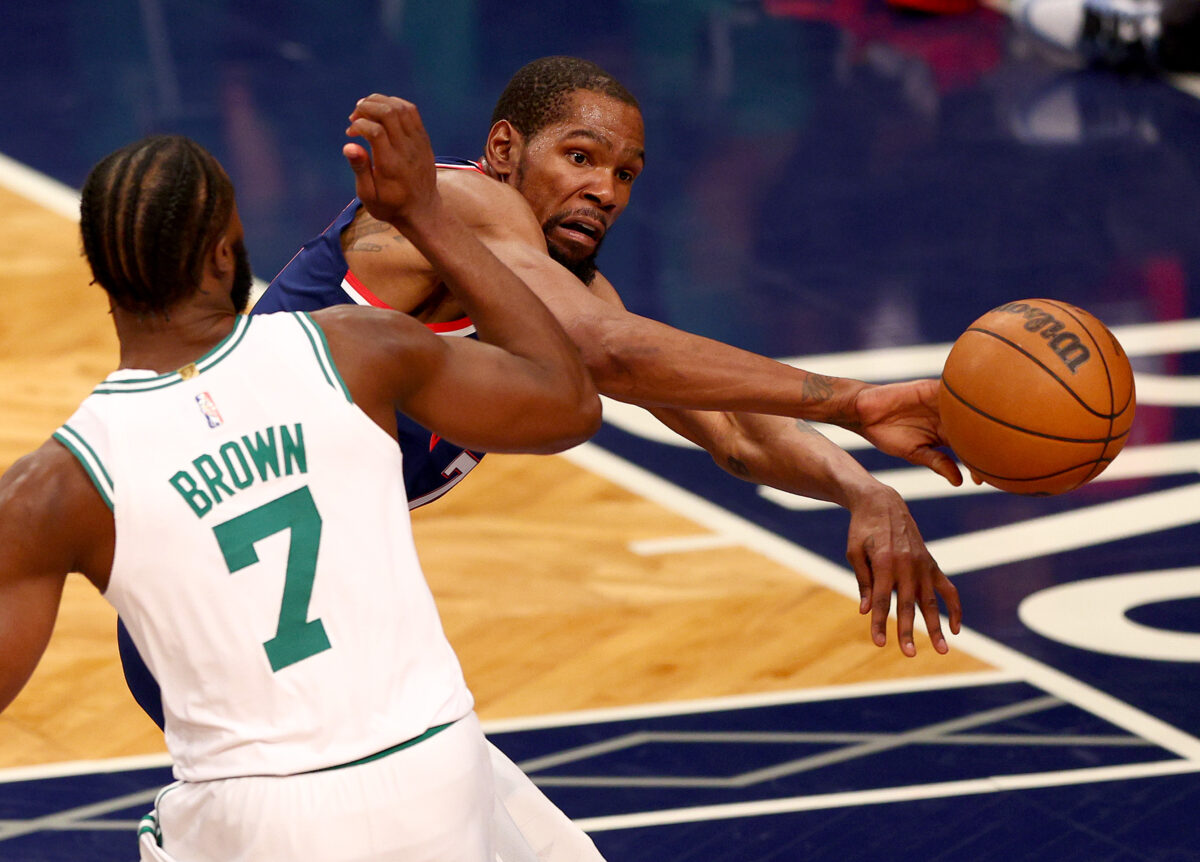 After the team loaded up on reserve options to bolster the core of players who got the Boston Celtics to within two games of an NBA title, fans of the ball club were for the most part expecting a mostly uneventful offseason for the Celtics.

But not long after the dust had settled on trading for Malcolm Brogdon and signing Danilo Gallinari, news leaked that the team had supposedly been in talks to trade star wing Jaylen Brown for veteran Brooklyn Nets swingman Kevin Durant. After some cryptic tweeting from Brown and some time had passed, more reports suggested that the Nets or someone close to them had perhaps been trying to juice KD’s trade market while throwing darts at Boston’s internal trust.

Was there ever a serious offer on the table from Boston for Durant involving Brown? Should the Celtics be worried about the Georgia native leaving in free agency?

One of the primary reporters involved in this kerfuffle’s reporting is Heavy’s Steve Bulpett, who recently appeared on CLNS Media’s “Celtics Beat” podcast to talk over these and several related questions facing Boston moving forward.