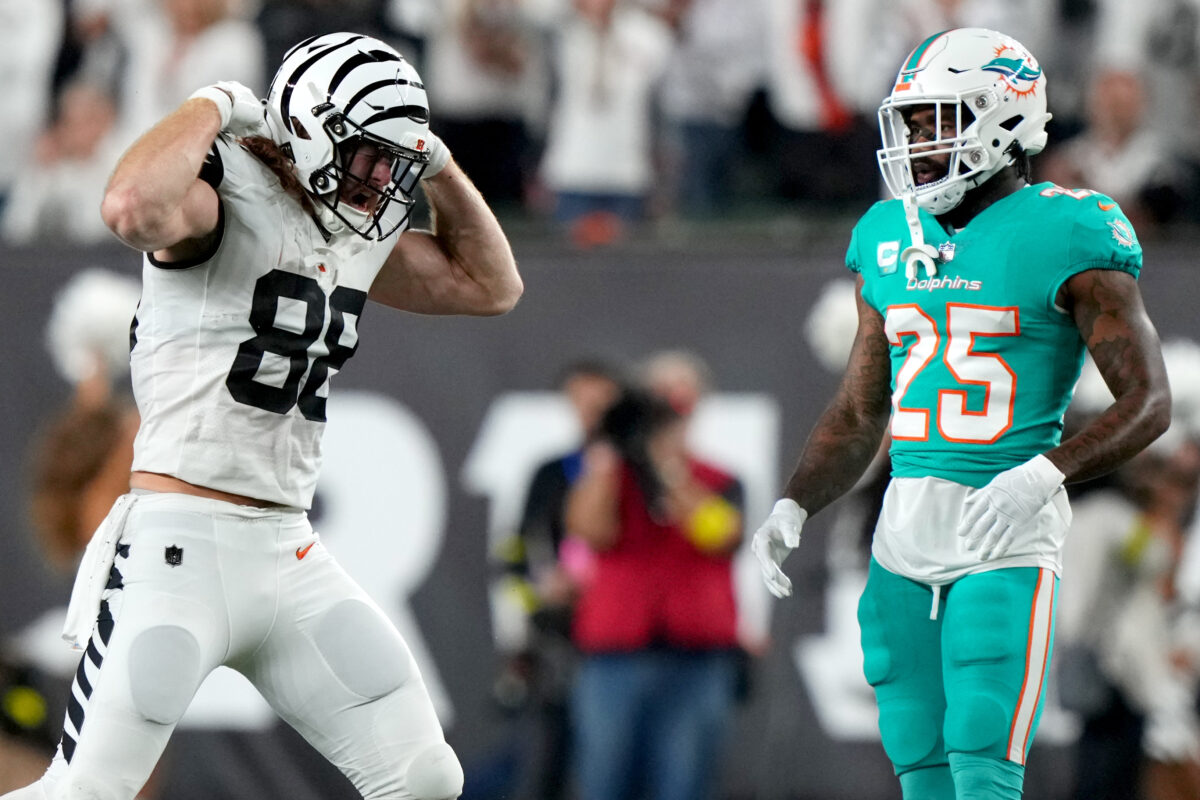 Vonn Bell of the Cincinnati Bengals came into Thursday night with two interceptions in his NFL career.

The safety doubled that number, including a pick that set up a game-sealing touchdown in the fourth quarter, as the Bengals downed the Miami Dolphins, 27-15, at Paycor Stadium.

Bell’s second pick came off Teddy Bridgewater as Miami was driving late in the fourth quarter.

Bridgewater was looking for tight end Mike Gesicki but threw behind him into the waiting arms of Bell, who returned it 46 yards.

Vonn Bell has his 2nd interception of the game.#MIAvsCIN on Prime Video
Also available on NFL+ https://t.co/Phmgdb9VGl pic.twitter.com/Y6M28VhUnH

The key play on the drive was a pass from Joe Burrow to Ja’Marr Chase, which set Cincinnati up with a first-and-goal.

On third-and-goal Burrow hit Hayden Hurst with a 2-yard touchdown pass to give Cincinnati a 27-15 lead after the PAT.

Burrow to Hurst to extend the Bengals lead with 1:52 to go.#MIAvsCIN on Prime Video
Also available on NFL+ https://t.co/Phmgdb9VGl pic.twitter.com/vlDgJS2Kqu

The loss was the first in Mike McDaniel’s head coaching career after three wins.

The Bengals have won two in a row after losing their first two.