Pro Football Focus has two Longhorns going in the first round of its lastest NFL mock draft. 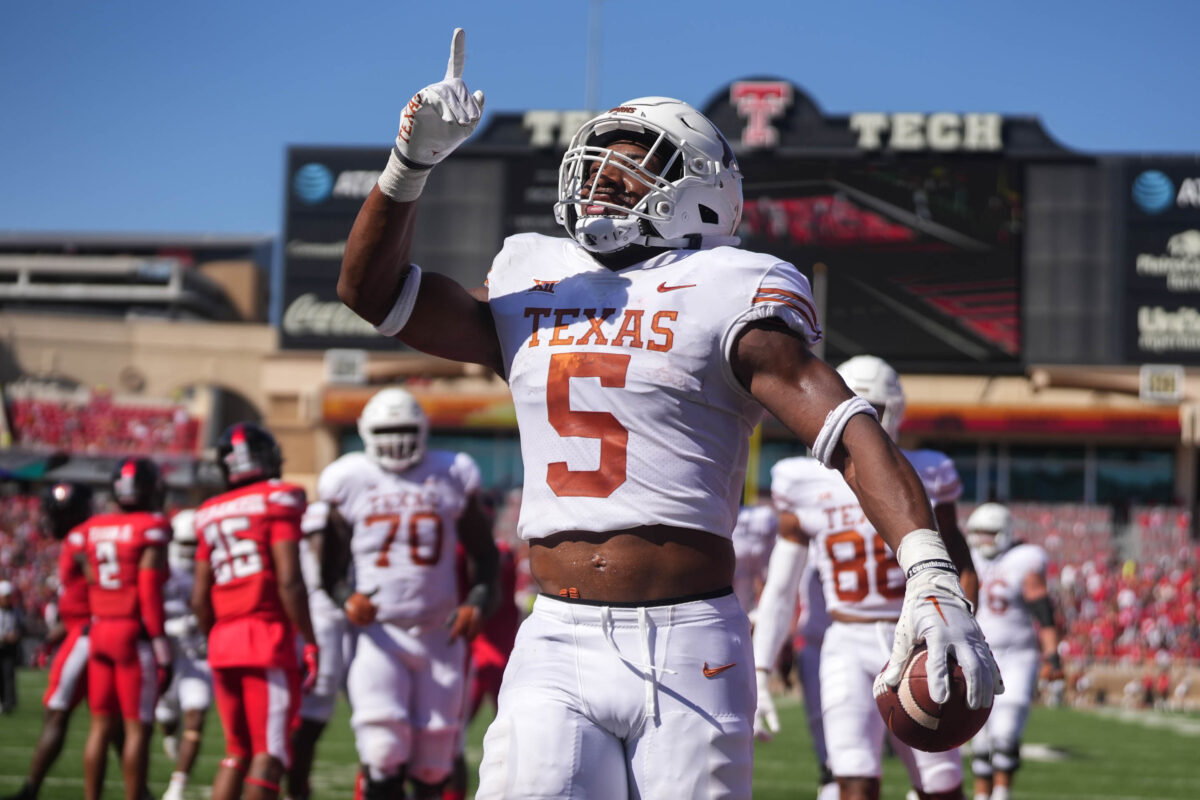 Five weeks into the college football season has given us a glimpse at some of the best professional prospects in the country.

Running back Bijan Robinson is slotted at the No. 14 spot to the Arizona Cardinals. Robinson is a dynamic playmaker off to a great start to his junior campaign. He has tallied close to 700 yards of total offense with seven touchdowns in five games.

The other Texas player mentioned in PFF’s first round is defensive lineman Keondre Coburn. The super senior’s decision to come back for one more season is paying off in a big way. Coburn is proving himself to be a legitimate NFL talent with his play this year.

Pro Football Focus believes Coburn has played his way into a late first-round selection, slated to go No. 31 to the Buffalo Bills.