Texas Tech College Football Preview 2022: Team breakdown, season prediction, keys to the campaign, and what you need to know 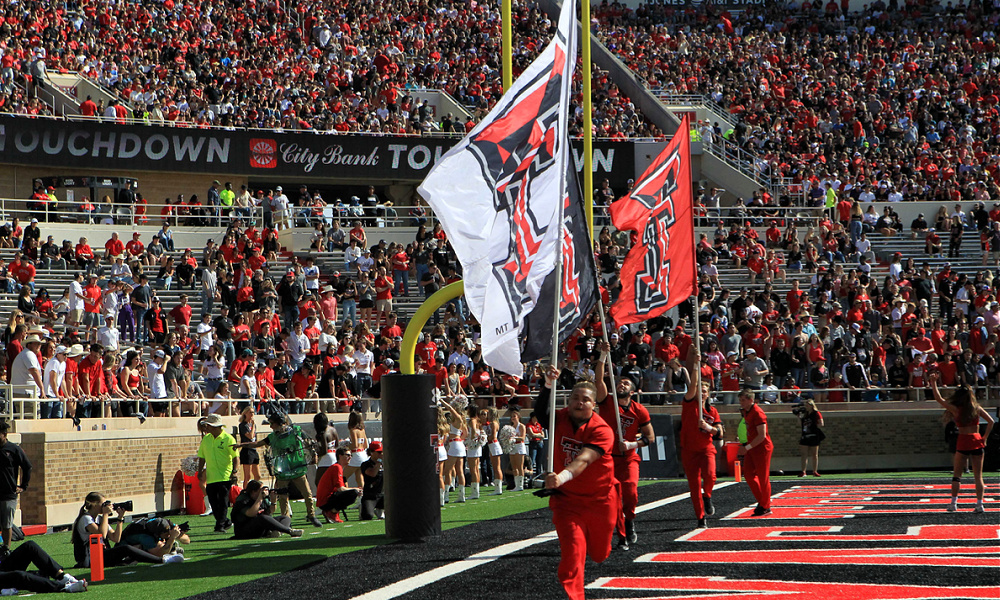 You know that Western Kentucky offense last year that the kids were all slamming to? You know, the one with QB Bailey Zappe winging it all around the yard with the No. 1 passing offense in the nation as part of an attack that amassed 535 yards and 44 points per game? Yeah. that’s coming to Lubbock.

New head coach Joey McGuire made his name on the defensive side, but he was able to get Zach Kittley – the architect behind the big-time Houston Baptist offense of 2020 and last year’s WKU air attack – as the offensive coordinator.

It’s not like Texas Tech isn’t used to high-powered offenses, but being 56th in the nation in total O and averaging 30 points per game isn’t going to cut it at this place.

Welcome to the return of a wide open, high-flying fun show of a passing game at Texas Tech.

The Red Raiders have the quarterbacks to run it. Now the coaching staff has to settle on who the guy should be. Former

Oregon transfer Tyler Shough has the best skills and the biggest upside, but he was hurt early last year with a broken collarbone and didn’t take the job by the horns this offseason. Donovan Smith is a 6-5, 230-pound bomber who was great at the end of last year, and Behren Morton was a terrific recruit from the 2021 class who’s getting his shot. Whoever wins this gig will be one of the nation’s statistical superstars.

The receivers will emerge. Leading target Eric Ezukanma is gone, but Myles Price is a speedy option who averaged over 14 yards per catch, Baylor Cupp is a great tight end get from Texas A&M, and there will be several untested options about to be thrown into the spotlight. This offense gets receivers open.

The running game isn’t going to be ignored in this offense, but it’ll certainly take a back seat. SaRodorick Thompson ran for 500 yards and ten scores, Tajh Brooks led the team with 568 yards and seven touchdowns, and as long as theses two are averaging five yards per pop, they’ll be doing their job.

The offensive line knows how to pass protect. It wasn’t dominant last year, but it was decent enough. There will be some shifting around with just two starters returning, but the transfer portal is helping the cause with Cole Spencer an all-star tackle from WKU, Cade Briggs a ready-to-go center from New Mexico, and Monroe Mills likely to step in somewhere.

The defense could stand to be better, but it wasn’t totally awful. It allowed 405 yards and 30 points per game – good for seventh in the Big 12 in both categories – but it needs to be far better at getting into the backfield and much stronger on third downs.

Enter new defensive Tim DeRuyter, who’s going to bring the funk from all sides and generate pressure from all areas in the 3-3-5 alignment. It starts with …

Tyree Wilson. The Red Raiders might not have done much to get behind the line, but the 6-6, 275-pound Wilson did his part on the end with seven sacks and 13.5 tackles for loss. The line lost Devin Drew to Nebraska, but in comes Myles Cole from ULM to be in the end rotation, and Jaylon Hutchings is a decent veteran on the nose to go with interior pass rusher Tony Bradford.

The linebackers lose star tackler Colin Schooler along with Riko Jeffers – they combined for 178 tackles – but bringing in Dimitri Moore from Vanderbilt will help and 240-pound Krishon Merriweather is a big tackler in the middle of the group.

More big plays from the secondary are a must after finishing dead last in the Big 12 allowing 268 yards per game. Safety Dadrion Taylor-Demerson is a good returning part after leading the team with three picks and ten broken up passes.

He’s also the leading returning tackler with 62 stops, and hybrid Reggie Pearson will play a mixture of safety and extra linebacker in the Spur position. Now the corners have to rise up and do more.