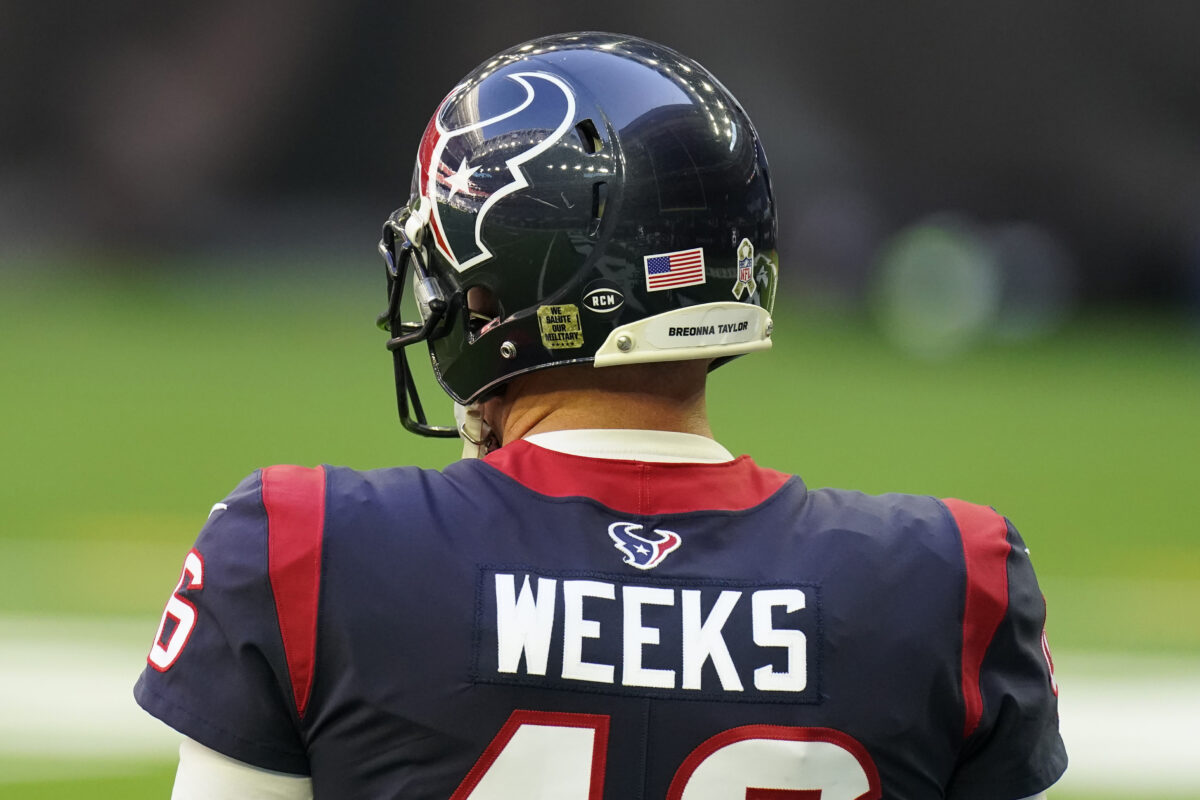 With the Texans trailing 20-17 with 5:38 to go in the third quarter against the Chicago Bears at Soldier Field, Houston needed to keep their drive alive.

However, the punt team was coming onto the field, but it didn’t mean they were going to give up possession so easily. Safety M.J. Stewart, the personal protector in punt formation, took the direct snap for a 3-yard gain on fourth-and-1 from the Houston 46-yard line.

“Anytime we have to find a way to make a play, execution is the number one,” special teams coordinator Frank Ross told reporters Thursday about the play. “You guys know that, whether it’s the end of the game, whether that’s third downs, red zone defense, whether that’s making your kicks when the game is on the line. Midfield territory there and found a way to steal a first down, that was critical.”

According to Ross, what helped the execution of the play was Pro Bowl long snapper Jon Weeks’ ability to fire off a clean, sudden snap directly to Stewart.

“Weeks, great snap, good suddenness execution,” Ross said. “You guys know when it’s in the trenches we talk offensive/defensive line, that surge one side of the ball to the other, that surge was on our end there. That’s what we needed to see.”

The fake allowed Houston to continue their drive, which ended with a 23-yard Ka’imi Fairbairn field goal to tie the game 20-20 with 0:54 to go in the penultimate frame. Houston ultimate lost to Chicago 23-20, falling to 0-2-1 on the season.

What the fake did for the Texans going forward is put on film the fact Houston isn’t afraid to go for it, whether by hook or by crook, which is what the Los Angeles Chargers will have to be mindful of in Week 4 at NRG Stadium.