Pac-12 schedule and previews for all of the Week 5 games of the 2022 season, highlighted by Washington at UCLA, Oregon State at Utah, and Stanford at Oregon 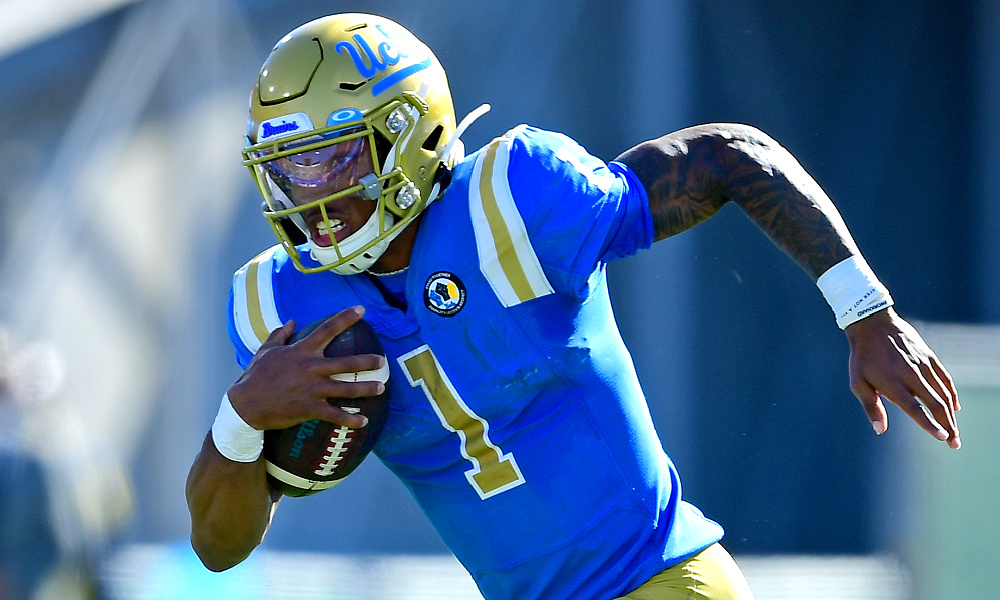 Pac-12 schedule and previews for the Week 5 games, highlighted by Washington at UCLA, Oregon State at Utah, and Stanford at Oregon

College football expert picks and predictions for Week 5 highlighted by Arkansas at Alabama, Michigan at Iowa, and NC State at Clemson 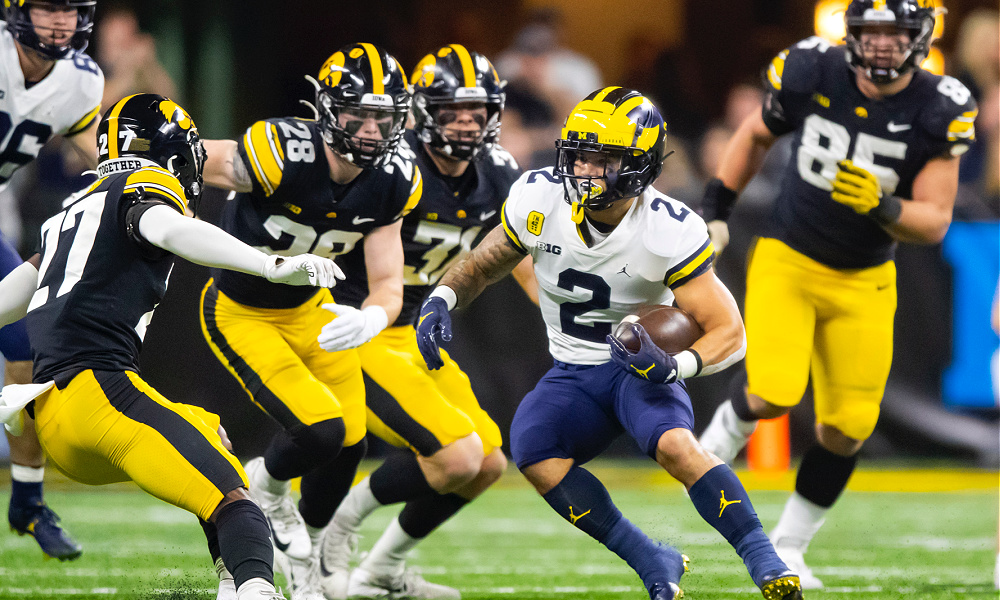 College football expert picks, predictions for Week 5, including Arkansas at Alabama, Michigan at Iowa, and NC State at Clemson

10 best predictions and picks against the spread and point totals for the Week 5 college football games. 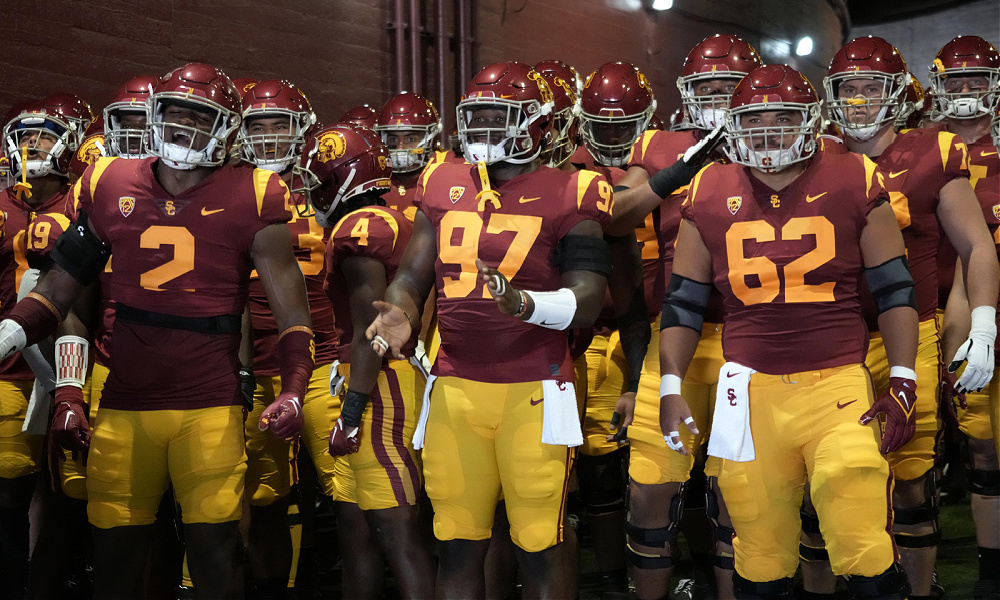 10 best predictions for the big Saturday of college football. What games appear to be the best bets and best picks for the Week 5 games?

I’m just going to warn you, everything about this week’s 10 best college football picks against the spread are ugly.

There are several problems with Week 5. It starts with not actually picking enough games against the spread.

I promise, next week I’ll force myself to go with more games purely against the spread instead of all the point total selections among these ten.

I’m trying to do the world a solid. I can’t unsee the vision for winning college football picks – or maybe it’s the psychotic lack of REM sleep only a month in. There actually is a reason for going with more point total picks, though.

Unlike all the lopsided non-conference matchups early in the year, the games are a bit more even overall now that we’re in conference play. In this bizarre season, everything went screwy last week and that’s probably not going to change.

Teams are more tuned up now. Some have settled in, some have gone off the rails, and some – like USC – all of a sudden forget how to score. This is all taken into account.

And then there’s the real ugly and sad part about this week’s picks: catastrophic weather.

Please forgive just how gross it is to analyze college football spreads in relation to the human suffering and misery going on in Florida and other parts of the country right now.

So with all that …

I don’t normally go over on super-high point totals, and it’s a leap of faith here that these two will all of a sudden show who they really are, but if this goes like it should, buckle up.

The Ohio defense has decided not to show up so far. It got hit by Florida Atlantic for 38 points, got rocked by Penn State and Iowa State, and last week got into a wild 59-52 shootout win with Fordham. Now comes the educated guess part …

Kent State’s offense is about to show what it can do.

At Washington, at Oklahoma, at Georgia. It was tough for the Golden Flashes to do too much against those three, and the problem with the over could be that the defense wasn’t totally miserable against them.

Nah. Ohio doesn’t play any D, QB Kurtis Rourke is bombing away, and this should be easily played in the 30s for both sides.

Army vs Air Force – that’s when you go under no matter what (I’ll show why when the time comes). On this …

I will admit to hesitating a little bit when this went up from 37.5, but whatever. Air Force might take care of the 38.5 all by itself.

The Navy defense hasn’t been all that awful, but the 37-13 loss to East Carolina blew past 38.5 and so did last week’s 23-20 win over East Carolina. That’s fine. Any points the Midshipmen can provide will help the cause.

Air Force was missing parts and lost to Wyoming 17-14 in a weird Friday night road game. Other than that it hit 41 points in each of the other three games.

What, exactly, has Auburn done so far to give you any confidence that it can score?

Oh sure, we all had a good time with the 42 it put on Mercer to open the season, but it struggled in the 24-16 home win over San Jose State, delighted a nation with the 12 it scored against Penn State, and needed overtime to get to 17 against Missouri last week.

LSU QB Jayden Daniels is expected to go, and there’s reason to be nervous that LSU might throw 30ish on the board to make this close.

This has the feel of an SEC Saturday night battle.

It was a 50/50 call on which Enough is Enough team I was going to go with. I couldn’t bring myself to go with Colorado finally coming up with a decent performance when it plays Arizona, but I do like this.

Nebraska is a team that needed a week off, and the break should work wonders before the home game against IU.

That, and the Indiana defense showed itself over the last two weeks.

Nebraska’s offense couldn’t get going against Oklahoma, but the 49-14 game went over 61. In this, Indiana’s offense will help do its part.

The Hoosiers can throw, the Nebraska defense can’t too anything against the run, and it should all add up to high-20s/low-30s in points from the road team.

Again, it’s the IU defense that makes this the play. It couldn’t stop Cincinnati QB Ben Bryant, it struggled against a WKU attack that’s a shadow of its 2021 self, and now it’s about to give up at least mid-30s to the rested Nebraska O.

And now, again, all forgiveness for trying to figure out this …

I tweeted out early in the week to give this a good, hard look because the total didn’t change after the forecast shifted, and it still hasn’t.

It opened at 46, went down when it seemed like Clemson was going to get hit with windy and rainy conditions, and over the last 24 hours or so the situation went from sure-thing problems to the low-50s, little wind, and a slight chance of rain.

Now, this game could be played in my kitchen and these two defenses could still show up large and keep the score low. However, 43 just isn’t that hard to hit considering Clemson is averaging 44 points per game.

Granted, the NC State defense has been a brick wall, and Clemson is loaded with NFL guys up on the D front, but again, the total is few points shy where it probably should be.

Speaking of Clemson and high-powered ACC shootouts (jump to the No. 1 pick) …

Washington vs UCLA game preview, prediction, and breakdown for the Week 5 game on Friday, September 30 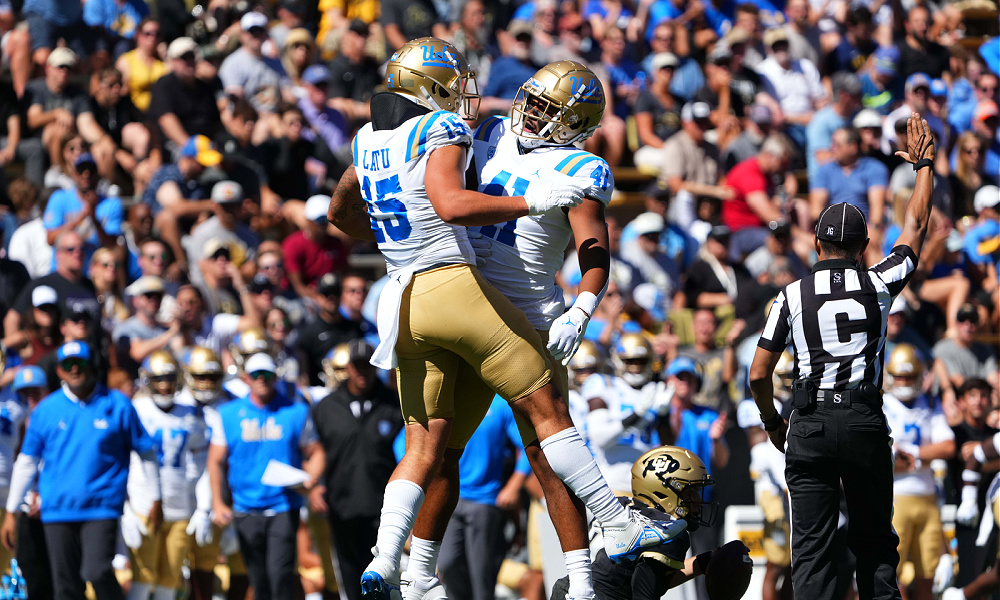 Washington vs UCLA How To Watch

How else could this have possibly started any better?

Kalen DeBoer brings his offense over from Fresno State when he takes over the head coaching job, and it all explodes with over 300 passing yards every time out, the run defense shows up large against Michigan State and Stanford, and the team gets to 4-0 with four almost perfect performances.

The Huskies – thanks to Indiana transfer Michael Penix Jr. – lead the nation in passing, they’re third in the nation in sacks, the offensive line has been almost flawless, and it’s all working to set the stage for this.

UCLA has yet to be truly tested. Washington got to push past a few decent teams, but … Colorado? South Alabama? Bowling Green?

The Bruins have yet to see any semblance of a passing game that do what this group can, and they’re going to have to be ready to get really physical really fast.

On the plus side for the home team …

Why UCLA Will Win

Again, it’s not like the Bruins played a slew of killers, and they should’ve lost to South Alabama, but the run defense has been fantastic and the ground game cranked it up last week in the blowout over Colorado.

Granted, everyone is doing that to the Buffaloes, but just like Washington had four games to get ready to get the season going, UCLA had four easy dates to get everything in place for this.

The veterans are in the backfield who can handle the pressure, the offensive line has been great, and D is taking the ball away.

More than anything else, for the first time this year a defense should be able to pressure Penix. Keep Washington from having easy third down chances, keep the chains moving, and UCLA should be able to control the tempo.

Now THIS is Pac-12 after dark.

Can UCLA step up its game several notches. The consistency has been there, but the team’s focus and effort has gone in spurts.

The problem will be the Washington style. UCLA finally has to play a team that can hold up against the run, and Penix should be able to hit enough deep throws to open everything up.

It’ll be worth staying up for.