Get complete NJPW G1 Climax results from Night 15 in Hiroshima, featuring a main event between Hirooki Goto and Hiroshi Tanahashi. 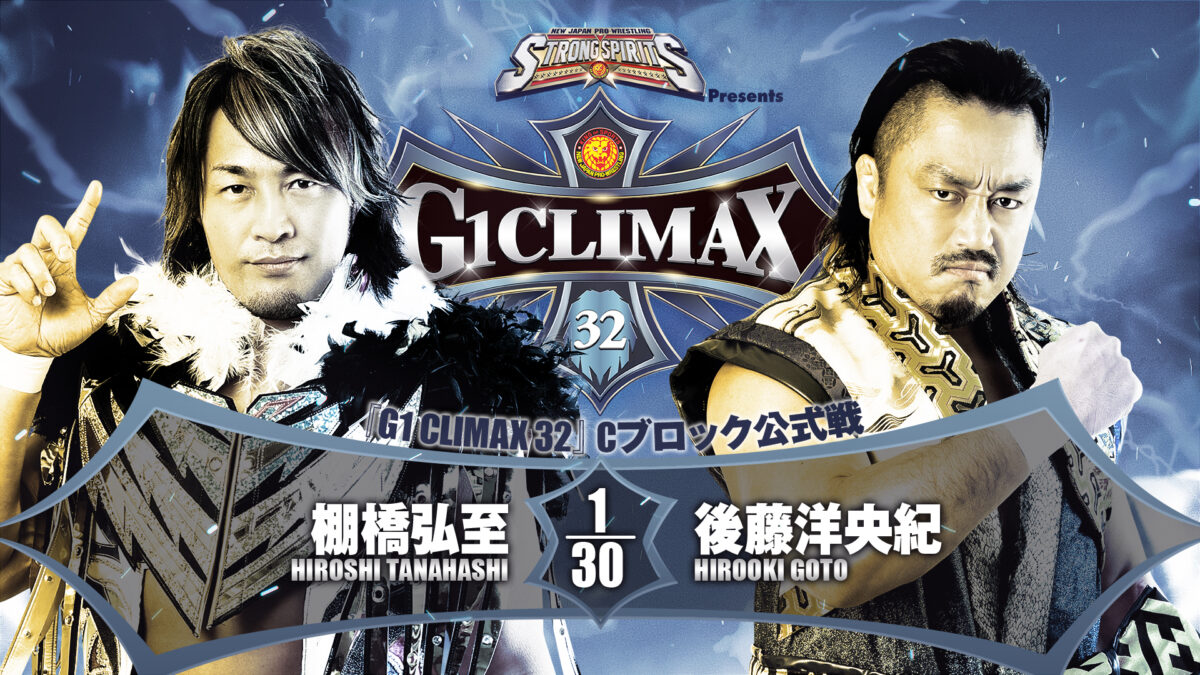 With each passing night of G1 Climax 32, the stakes get higher for the stars of NJPW, and even wrestlers who got off to good starts are finding it’s do or die.

That’s the situation in Night 15, the second of two cards from Hiroshima, with Hirooki Goto, sitting at 2-2 in C Block, facing an elimination bout. His tournament is over unless he finds a way to get past the Ace, Hiroshi Tanahashi, who enters the night with a 3-1 record.

Filthy Tom Lawlor has been a fan favorite and has handled himself admirably in the monster-filled A Block, but he too must win on this Wednesday evening, and his task is unenviable: He has to beat the Rainmaker, Kazuchika Okada, who comes in off his loss to Jonah and will be doing everything possible to avoid a second straight defeat.

Somewhat surprisingly, Evil is in the same boat thanks to a slow start in the tourney. He’ll go up against Zack Sabre Jr., and you can bet he’ll have the full assistance of the House of Torture to ensure he is still alive at night’s end.

Can’t watch live as these important matches play out? Just bookmark this page and we’ll update it with the latest G1 Climax 32 results from Night 15 as they happen.

Scroll down for more detailed results for every match.

This seems somewhat unfair for Yoshi-Hashi, getting teamed with two Young Lions against the United Empire trio. Kevin Kelly notes that Jeff Cobb has two winnable matches left in his block, though also needs some help if he were to win it.

Every member of United Empire look in full control as they show off their new t-shirts, but Yoshi-Hashi tags in to unleash dropkicks all around and nail Ospreay with a Head Hunter for a near fall. Ospreay’s handspring kick is the response, forcing tags for both teams.

The typically fired up Nakashima wants to suplex Henare, who nearly pins the Young Lion before turning to the Ultima, his full nelson finisher. Nakashima taps fairly quickly. 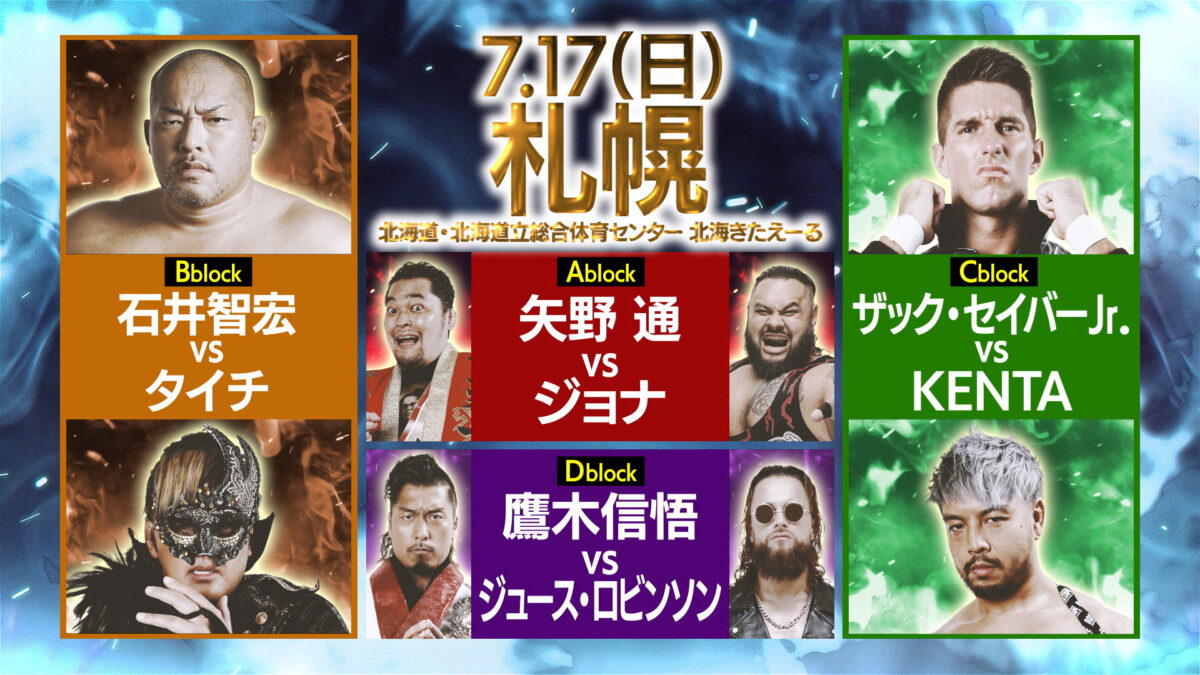 G1 Climax 32 got underway on July 16, with the first four tournament matches (one in each block) providing some close, hard fought bouts and one surprise as well. Eight more competitors start their tournament journeys tonight, or more precisely, this afternoon in Sapporo.

Several of the matches were previewed thanks to the tag matches on the first night’s card. Among them were Zack Sabre Jr. vs. Kenta, who couldn’t help but thrown down whether they were the legal men or not and kept up their war of words well after the three count.

Another pairing who got acquainted during Night 1 was Toru Yano and Jonah, though in their case it was less fighting and more running … on Yano’s part, naturally. Also on the slate for Night 2 are Tomohiro Ishii vs. Taichi, and in the main event, Shingo Takagi vs. Juice Robinson.

Thanks to an earlier start time, it’s not quite as late for U.S. fans who want to watch live on NJPW World, but if you aren’t able to catch the action yourself, please bookmark this page, as we’ll be updating it with the latest G1 Climax 32 Night 2 results as they happen.

Please scroll down for more detailed results after each match finishes.