Texas should finish with a net gain of talent after additions despite portal losses. 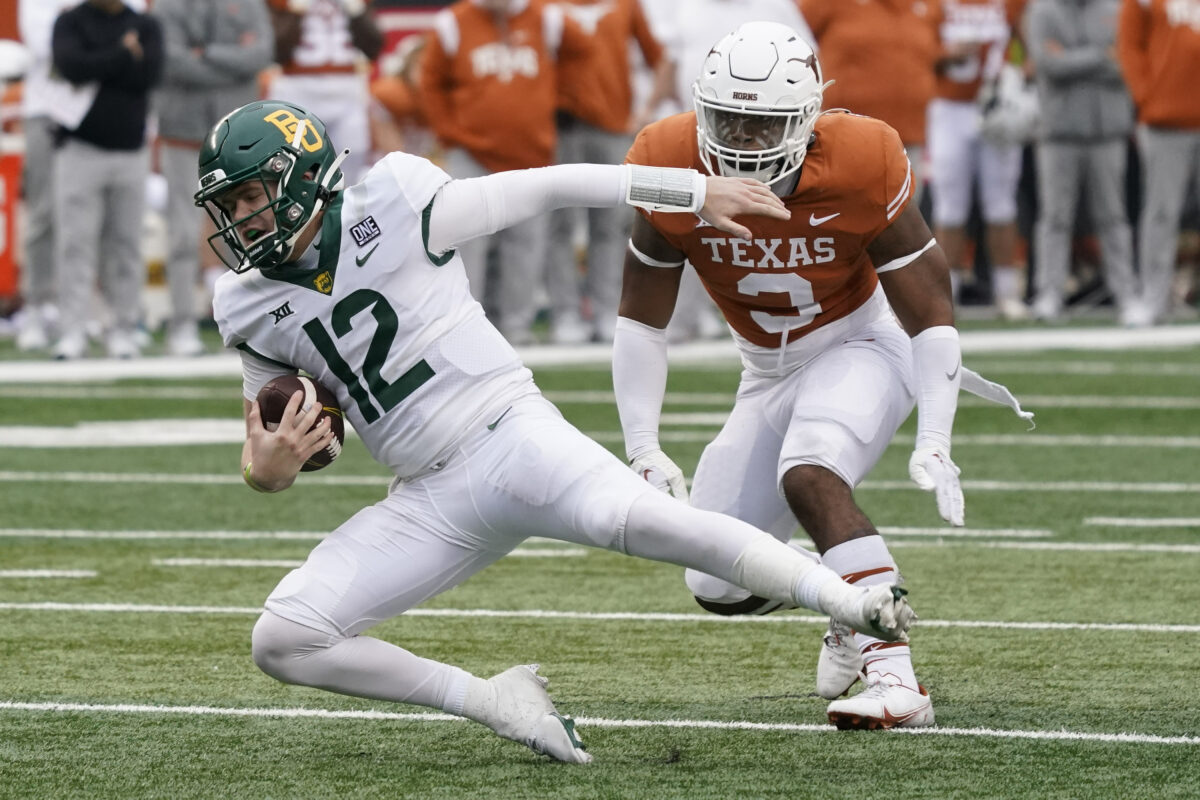 The football season isn’t over yet, but free agency has begun in college football. Multiple Texas players announced that they are looking for new homes on Tuesday.

Hudson Card headlines the group of departing players. Card played solid football in his game action this season and could garner plenty of interest from teams in need of a quarterback.

The losses in and of themselves aren’t program killers but the loss of quality depth is suboptimal for the Texas staff. The reality is, every team will deal with portal casualties and the Longhorns could see more players depart.

The likelihood is that Texas will end up with a net gain of talent this offseason. Given their resources and improved on-field play this season, Steve Sarkisian should be able to improve the roster before next fall.

Let’s look at where Texas might add talent and depth in the offseason. 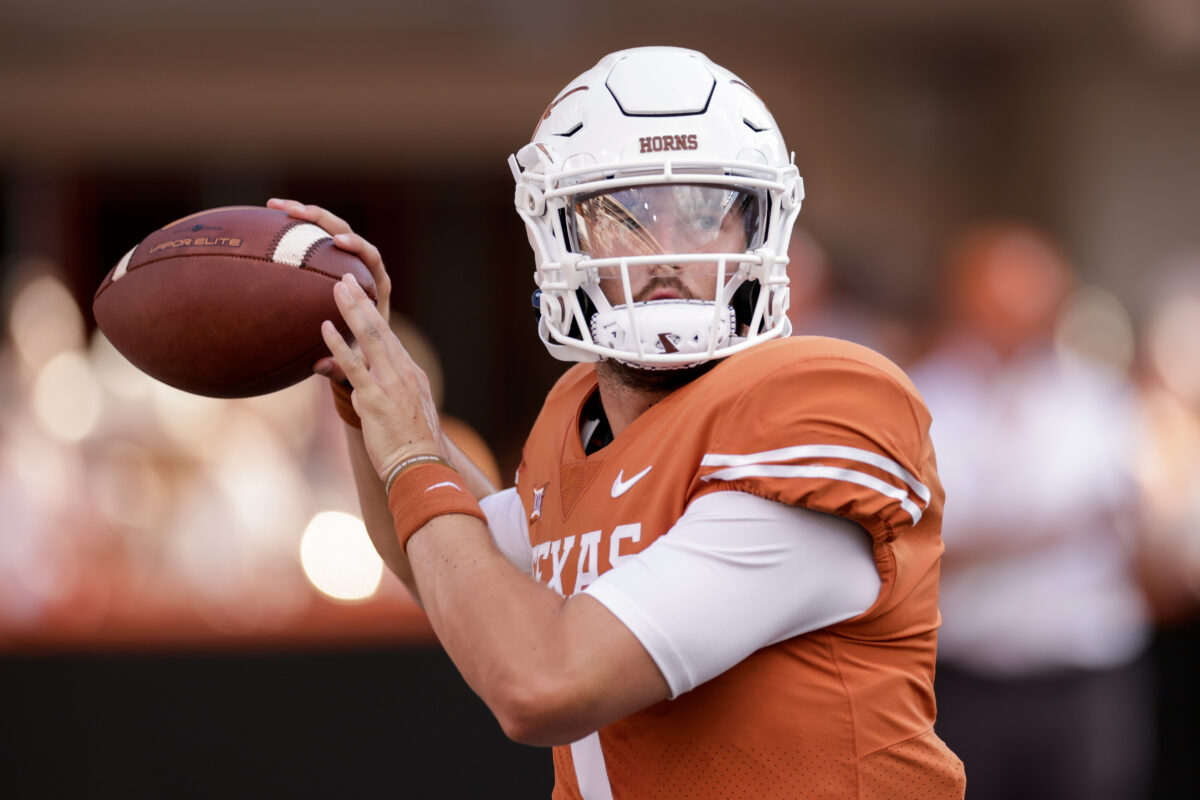 The NCAA transfer portal is a mainstay in the world of college football in 2022. Players having the freedom to transfer without punishment creates a new landscape in the sport.

Steve Sarkisian and his staff will undoubtedly work to use the portal to their advantage. Last season Texas added key contributors such as quarterback Quinn Ewers, defensive back Ryan Watts and linebacker Diamonte Tucker-Dorsey.

Like most programs across the country, Texas is expected to see a group of players seek new opportunities. It should be a very active transfer portal season following year two of the Steve Sarkisian era. An important thing to remember is a player entering the portal does not guarantee said player is leaving the program.

The transfer portal does not officially open until Dec. 5 but players are already stating their intentions beforehand.

Here is an ongoing tracker of notable Longhorn players who have entered the transfer portal thus far:

TCU vs. Kansas State set for Big 12 championship game, and West Virginia gets another win over preseason contenders. Big 12 Power Rankings. From @john9williams 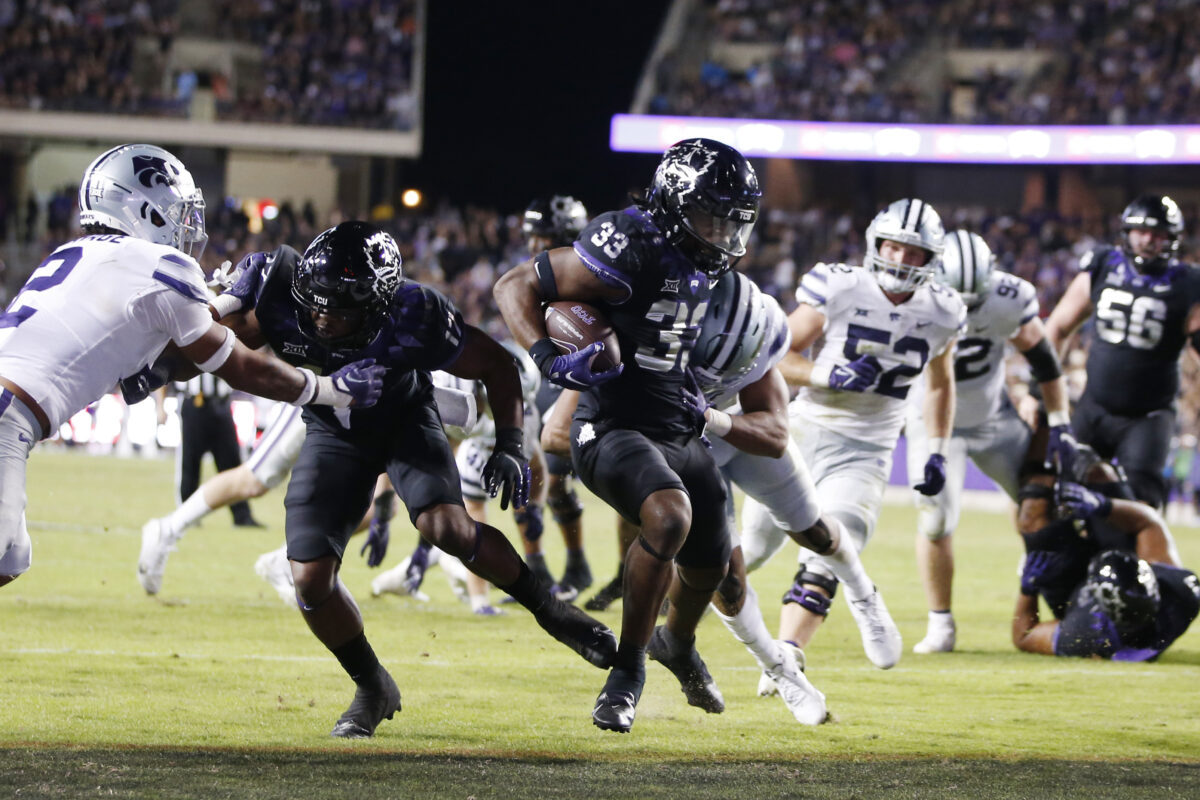 The TCU Horned Frogs are one win away from securing a spot in the College Football Playoff. All that stands in the way are the Kansas State Wildcats.

At best, these two were considered Big 12 title dark horses. Oklahoma, Oklahoma State, and Baylor, the three teams that most people considered Big 12 contenders, struggled throughout the season and finished well outside of contention.

Kansas State had TCU on the ropes when they played back in October. The Horned Frogs overcame a 28-10 deficit to outscore the Wildcats 28-0 to pick up the win.

With the regular season now over, we turn to the Big 12 title game and bowl season. Here’s our last set of Big 12 power rankings until after bowl season.

Bijan Robinson looks to become the fourth Longhorn to win the prestigious award. 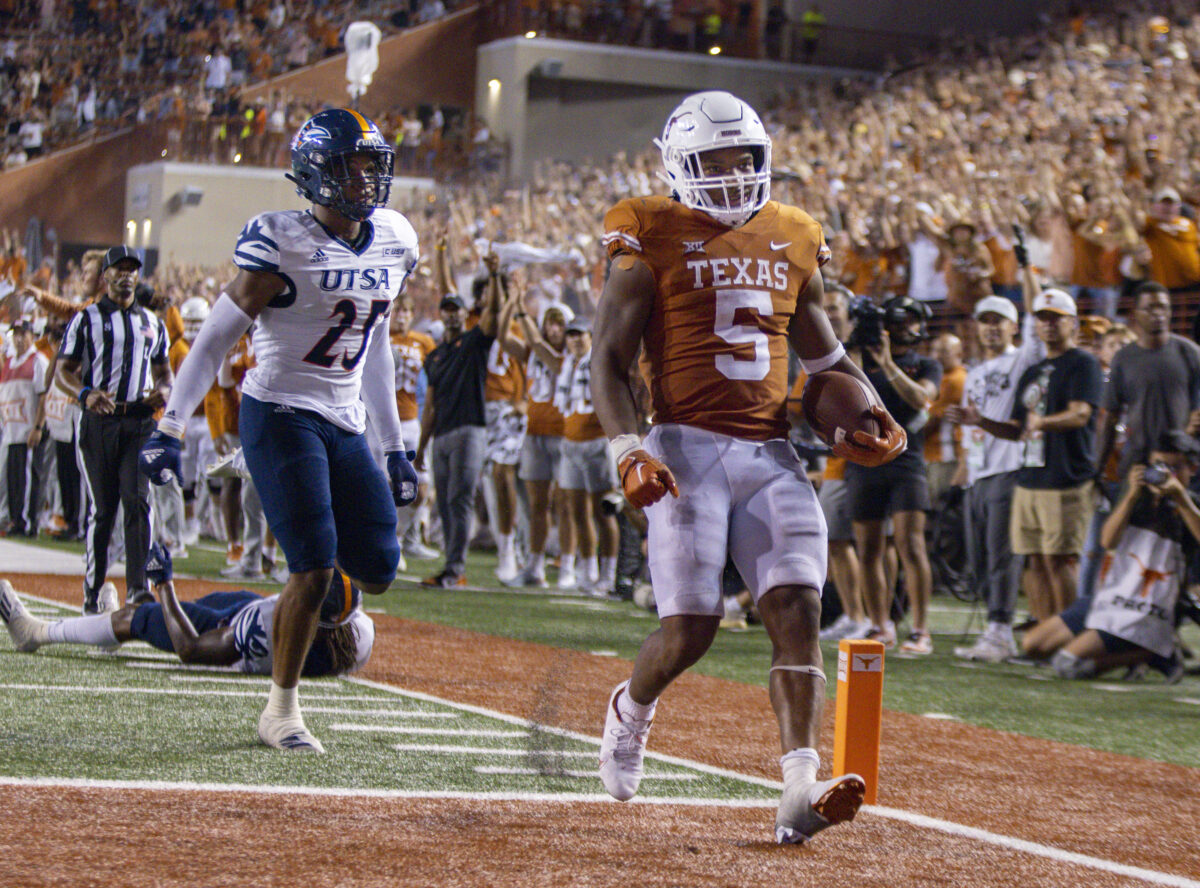 Texas running back Bijan Robinson has been deemed a finalist for the 2022 Doak Walker Award. An honor given annually to the best running back in college football.

The Longhorns star enjoyed one of the best seasons in Texas football history.

Robinson ran for 1,580 yards and 18 touchdowns on a 6.1 yards per carry clip. In addition, he showed off his versatility out of the backfield by adding 314 yards and two scores as a pass catcher. Robinson’s 1,894 total yards lead all of college football.

“First, I want to give glory to God for being recognized for this award. I couldn’t do it without Him. I’m truly honored to be among this great group of finalists. It’s definitely a blessing, and I’m very thankful for that. When I think about it, words really can’t describe what it means, but being considered for the Doak Walker Award is something every running back dreams of.

Robinson is joined as a finalist by Michigan’s Blake Corum and Illinois’ Chase Brown. The winner is set to be announced on Dec. 8 at the Home Depot College Football Awards.

Bijan Robinson is a finalist for the Doak Walker Award!

The award is given annually to the nation's top running back 🤘 @Bijan5Robinson x @DoakWalkerAward pic.twitter.com/rPohLtv0Vc 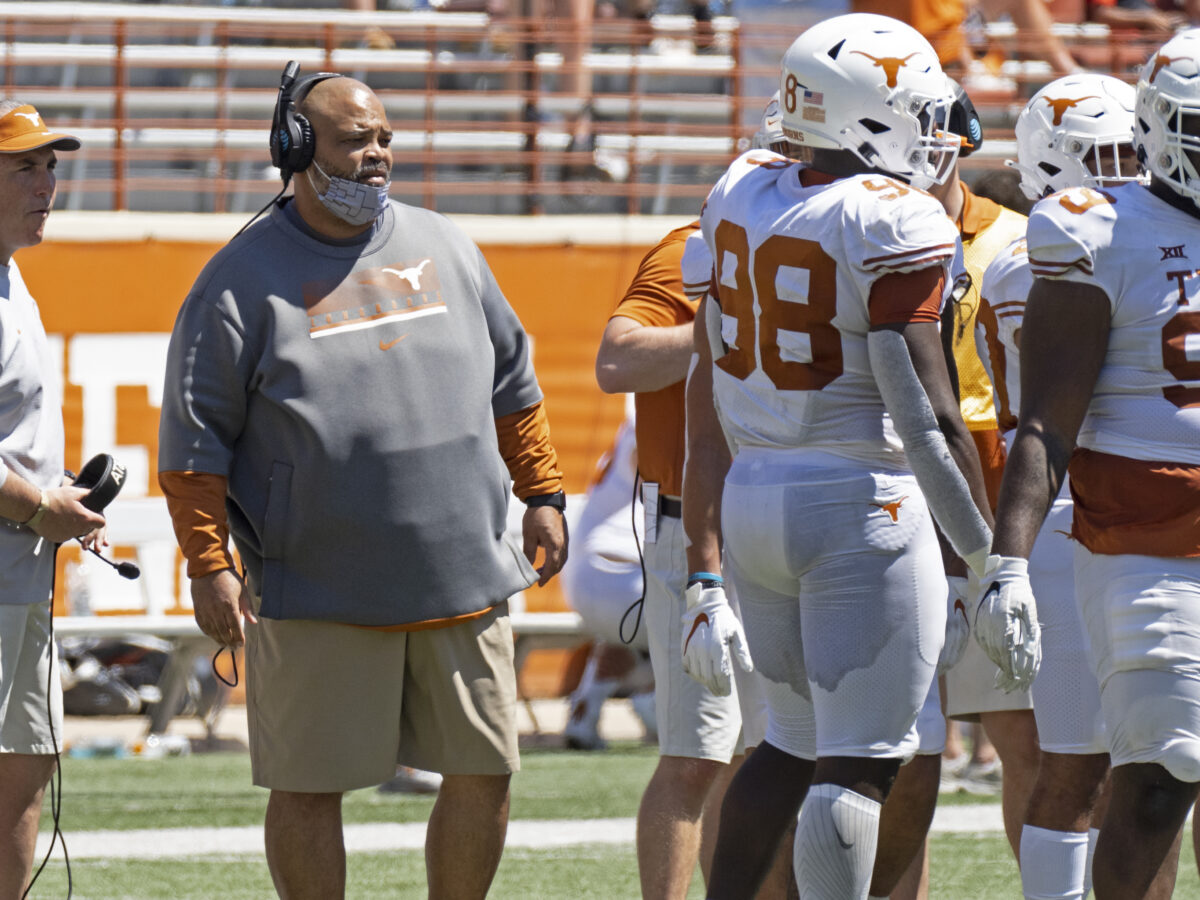 Let’s look at the coaching staff’s biggest accomplishments from the 2022 season. 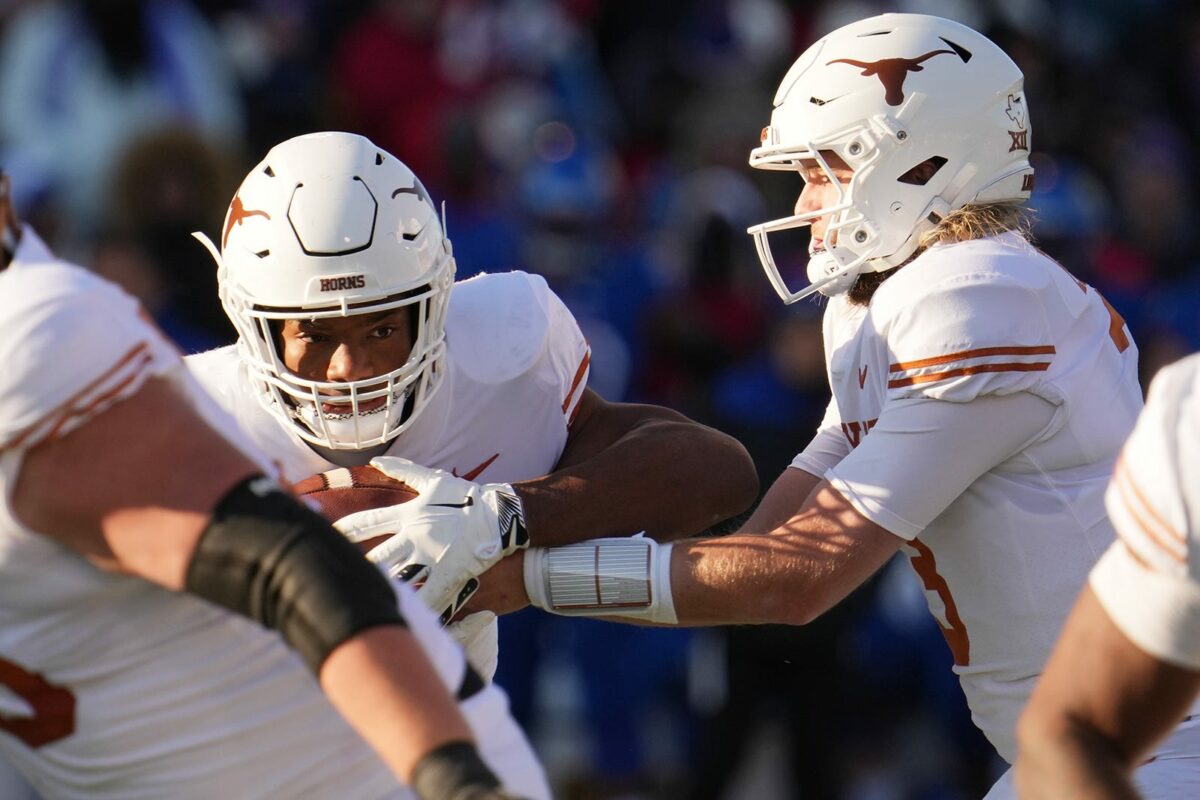 The Texas Longhorns football program is not ahead of schedule. Critics would argue that based on their own standards, it isn’t even on schedule.

Despite outside noise, Steve Sarkisian and company have accomplished multiple milestones that past regimes failed to do consistently.

Texas flashed great football at times this season. For the most part, it’s fair to consider the 2022 group a good football team. The issue for Texas revolves around consistency.

At its best, Texas stood toe-to-toe with Alabama and buried its red river rival, Oklahoma. At its worst, the team blew double digit leads to lesser competition and no-showed in the biggest conference game of the season offensively.

All in all, there were still plenty of signs the program is moving in the right direction. Here are a few accomplishments made by the 2022 team. 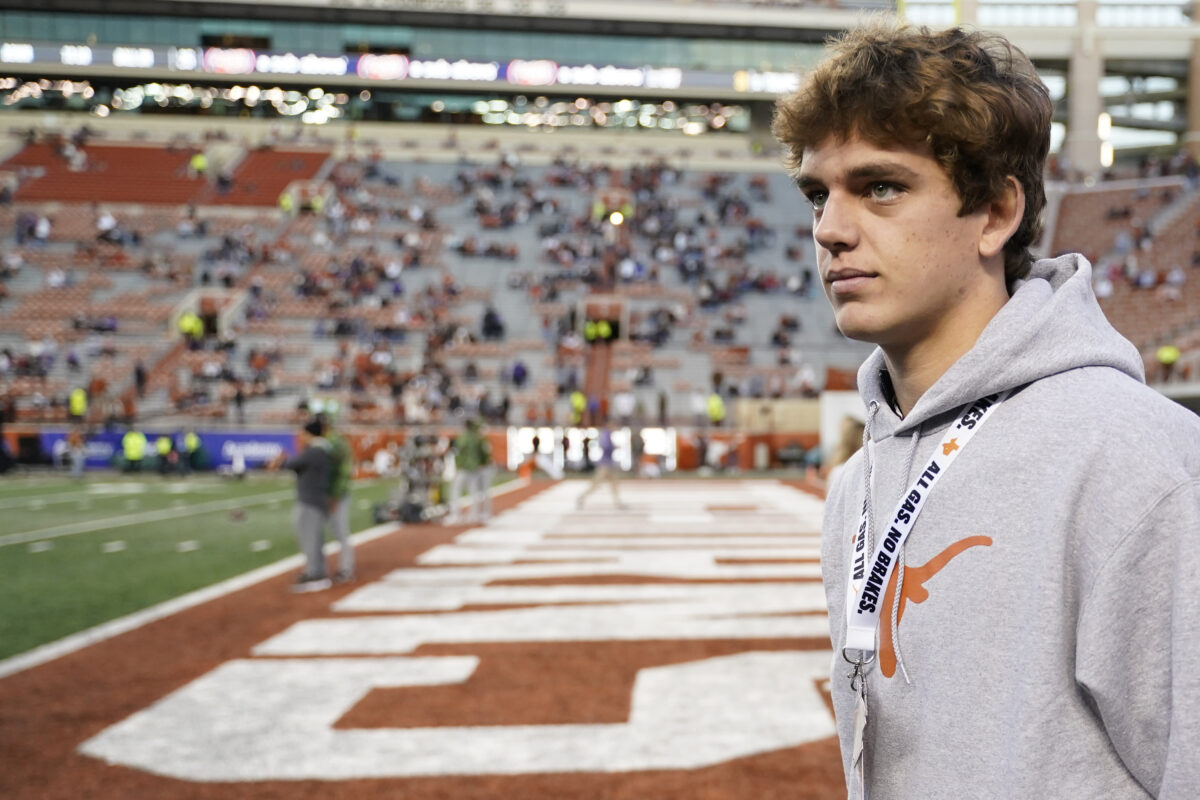 The 2023 recruiting class rankings are expected to finalize over the coming months. END_OF_DOCUMENT_TOKEN_TO_BE_REPLACED

It’s an exciting time to be a Texas basketball fan. 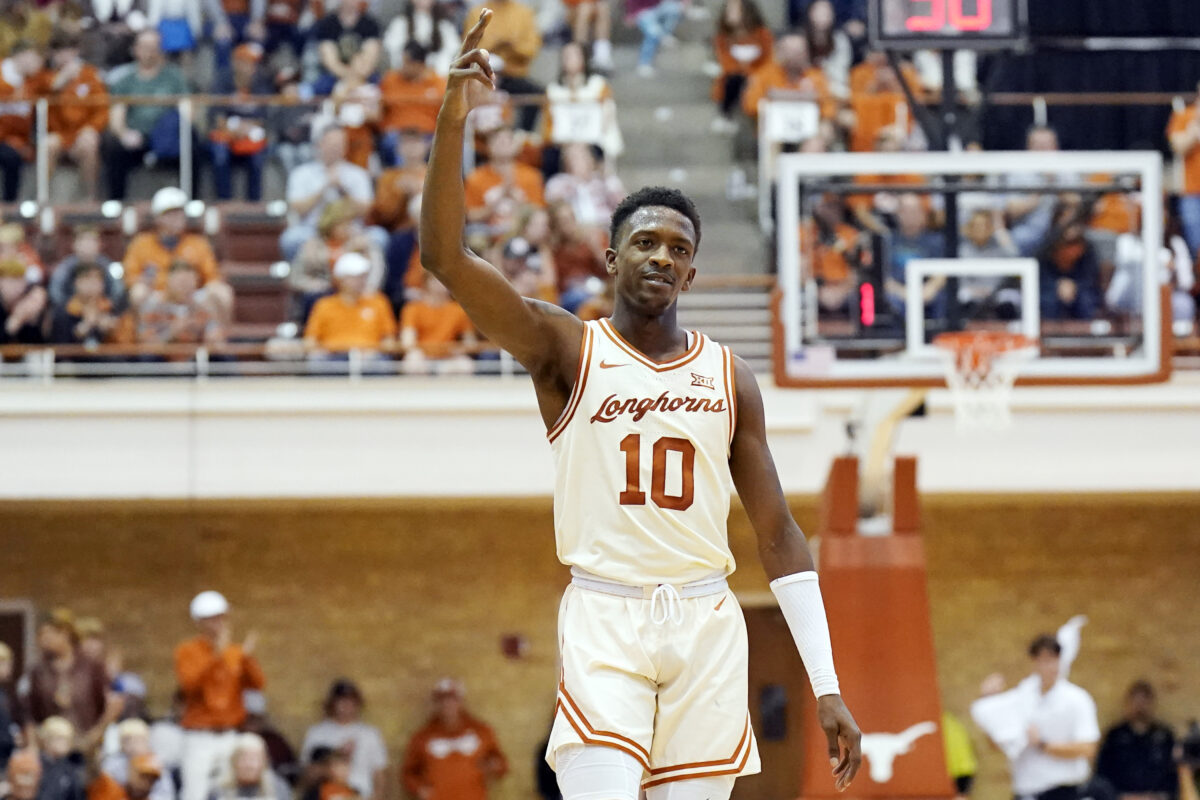 It’s an exciting time to be a Texas basketball fan. END_OF_DOCUMENT_TOKEN_TO_BE_REPLACED

Texas assistant Brennan Marion is in the mix for the Tulsa job. 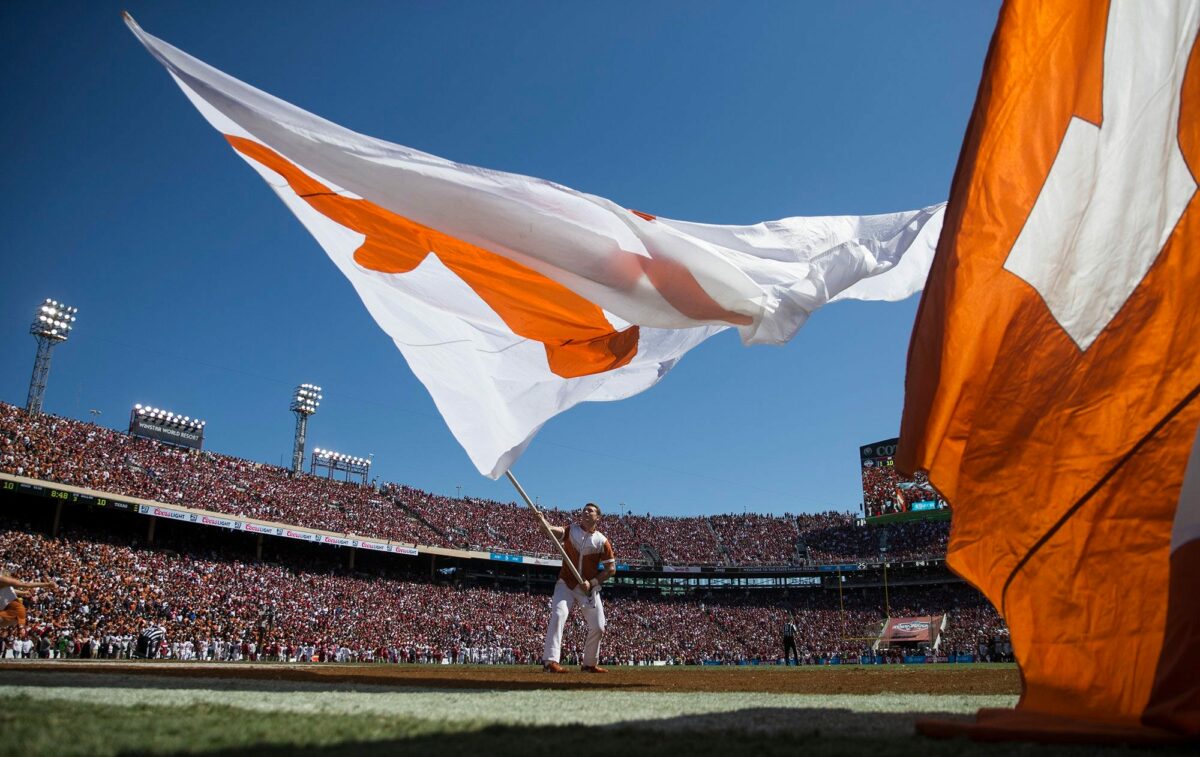 Longhorns Wire hands out team awards for the 2022 season. 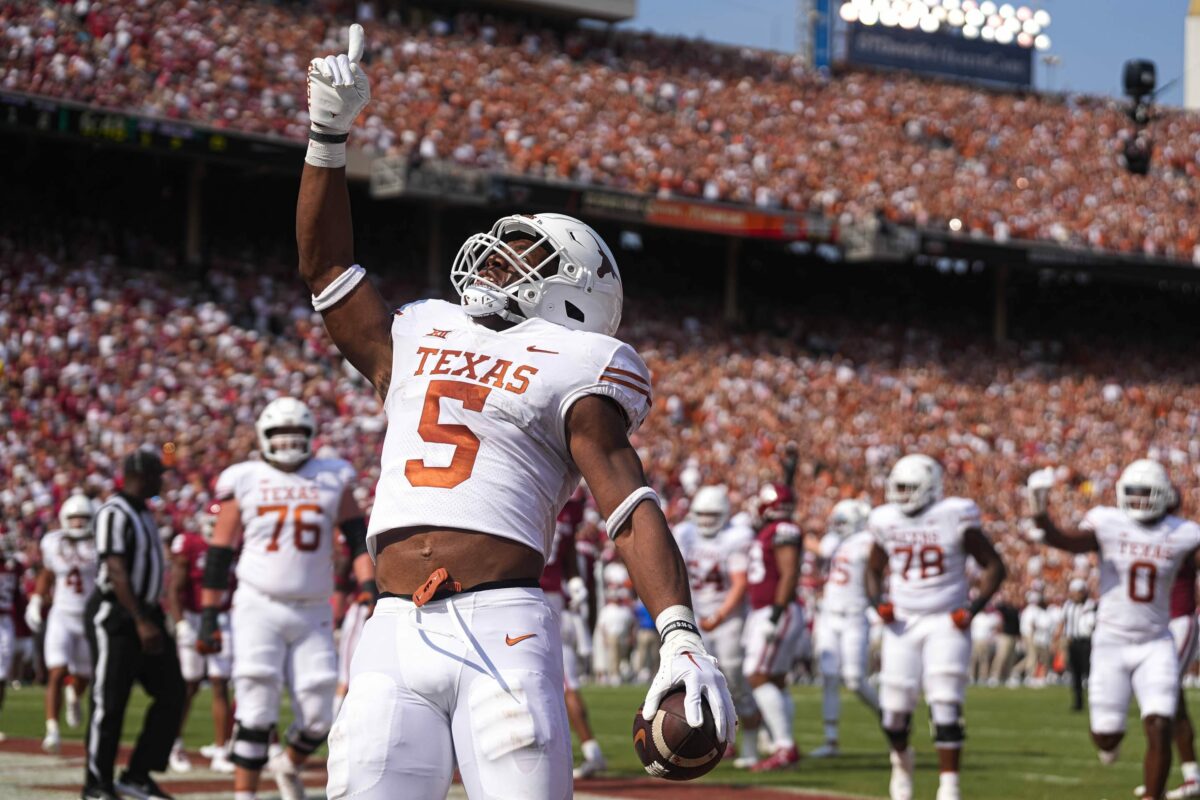 The 2022 regular season has come to an end for the Texas Longhorns. END_OF_DOCUMENT_TOKEN_TO_BE_REPLACED