Who are the 5 top candidates to take over the Notre Dame head coaching job? No option is off the table. 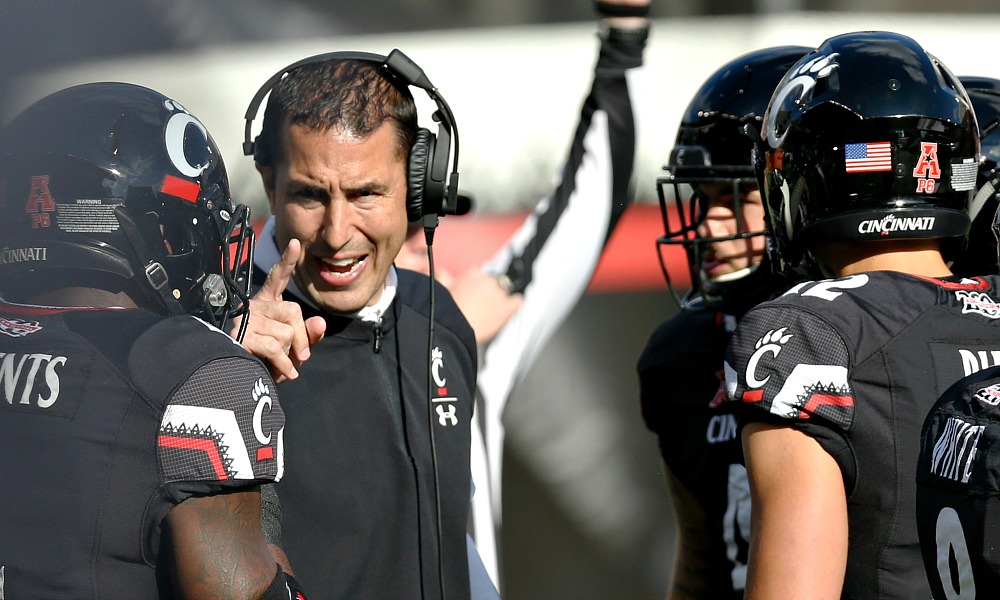 Brian Kelly left Notre Dame for LSU. Who are 5 possible candidates to take over the Irish job?

Welcome to Notre Dame. Now do what the other guy couldn’t – win a national championship.

The Notre Dame head coaching gig is one of those jobs.

It’s like being the manager of the Yankees, or the head basketball coach at UCLA or Kentucky or North Carolina, or the host of The Tonight Show.

It’s the job that every coach would at least think about for a moment or three – even if it’s not realistic to take.

It’s the job that every coach knows would’ve made a teary-eyed Dad go (in full Ned Beatty voice), “Hey, you guys … my son’s going to coach at Notre Dame!”

No, Notre Dame hasn’t been able to land the biggest of coaching whales over the last several years for a variety of reasons – arrogance, low-ball offers, recruiting concerns – and it’s absolutely more about the name of the place than the reality of the program compared to other powerhouses, but it’s still Notre Dame.

And as Brian Kelly showed, you really can win and win big there.

Maybe it fills a lifelong dream for some coach to be the guy who restores the national championship glory. Maybe it’s a guy who grew up whistling the Notre Dame fight song.

Or maybe it’s because it appeals to the ego among the most egotistical guys on the planet.

It’s one of those jobs that has so much prestige and so much Notre Dameyness that there’s no coaching candidate who’s too wacky of a call.

Really, would you be totally shocked if Dabo Swinney was announced as the next Notre Dame head coach?

Honestly, if Mike Tomlin wanted the job, would you be any more stunned than you were when Lincoln Riley took his talents to USC instead of the NFL?

Urban Meyer could absolutely leave movies and go back to TV with the right offer.

My running actually-happened-anecdote that every giant program thinks it can get a Harbaugh, any Harbaugh, actually fits here.

If we lived in a right and just world, Lane Kiffin would take his train up to South Bend.

Really, does 70-year-old Pete Carroll seem like a guy who’s all that keen on spending the next few years rebuilding the Seattle Seahawks?

So by the time you’re reading this, some big name from somewhere that you’d never suspect will probably be the hot rumor.

However, knowing that the school could try going for an A-lister to keep up the arms race – (cough) USC (cough) – here are the five most likely main candidates for Notre Dame head coaching job.