Marshall vs Charlotte prediction, game preview, how to watch, lines, and why each team might – or might not – win this Saturday. 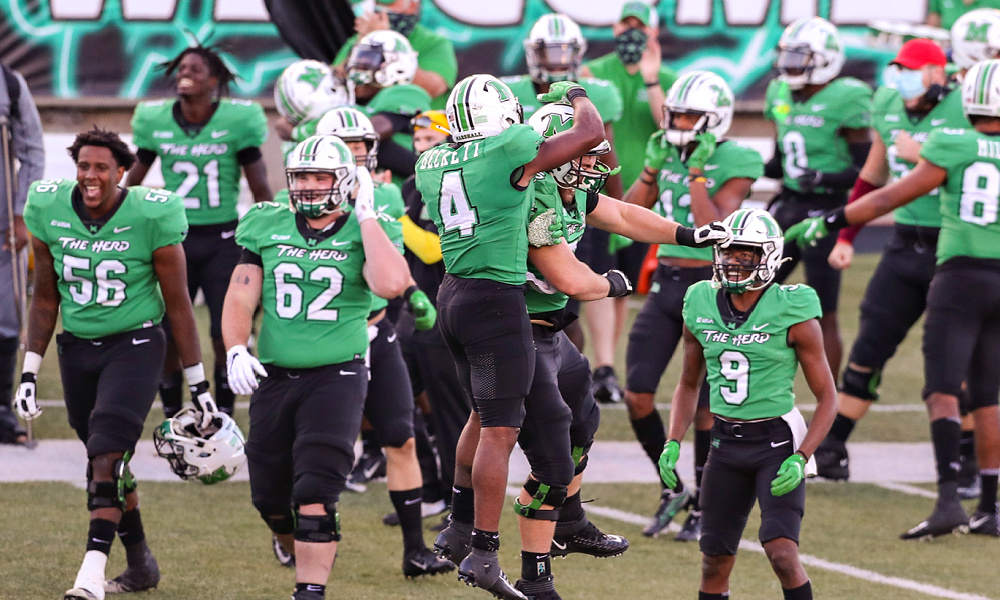 Marshall vs Charlotte How To Watch

Why Marshall Will Win

Marshall might have lost to UAB last week, but it’s still deep in the hunt for the Conference USA East title.

Win this week, and a win next week over WKU gets it done.

The Thundering Herd passing game should work with a ton of time to operate – Charlotte doesn’t generate much of a pass rush – and the ground game should get back on track after taking a few weeks off.

On the other side, the Marshall pass defense should hold up. Charlotte can’t win if it doesn’t throw well, and now it’s going against a D that allowed just 182 passing yards per game. But …

Why Charlotte Will Win

It was able to win the first two games of the year despite being on the wrong side of the stat, but it lost to East Carolina after giving the ball away three times, it was -4 against Middle Tennessee, and last week it was -1 against UAB. Against the teams that can hang around, that appears to be just that little bit of a difference.

Charlotte isn’t great in the turnover battle, but it’s usually able to keep things even. It’s great at dominating the time of possession fight, it’s good at moving the chains, and veteran QB Chris Reynolds has been on fire with four straight games with 200 yards or more and 448 against Louisiana Tech.

Marshall’s defense is about to get pushed harder than it has in weeks, but the offensive balance will be enough to get by.

Again, as long as the Herd don’t start turning the ball over in bunches, they should be able to survive a good day from Reynolds and turn the WKU game into a division title showdown. 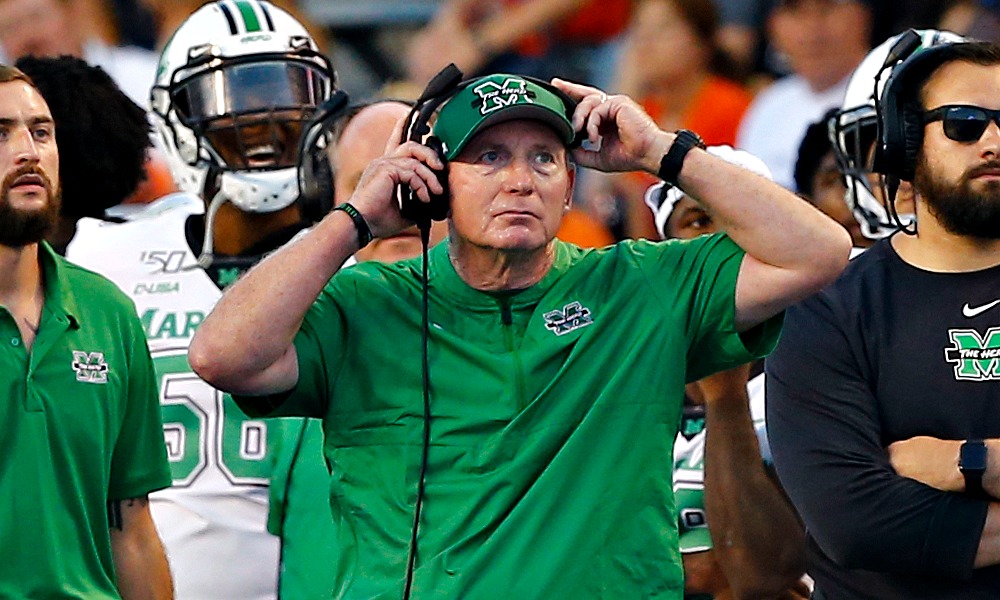 If want in on this week’s games, sign up with BetMGM

Marshall can lock up the Conference USA East title with a win to go along with a Florida Atlantic loss to UTSA, but the more likely scenario is to win over the next two weeks against Charlotte and FIU.

Charlotte is out of the conference title picture, but it’s a win away from being eligible for its first bowl game as a program. On a three-game winning streak, it has to win this week at home or next week at Old Dominion to get it done.

First, the 49er offense has to rise up against a Marshall defense that clamped down on Louisiana Tech last week and is a bear against the run. The bigger problem for Charlotte will be the steady Herd ground game that’s averaging over five yards per pop.

The 49ers don’t do enough to take the ball away to offset several effective Herd drives. MU won’t get pounded in the time of possession battle – a huge key for Charlotte – and the fantastic pass rush will do just enough to hold down the dangerous downfield Charlotte passing attack.

Marshall 34, Charlotte 24
Bet on Marshall vs. Charlotte with BetMGM, or for latest line
Marshall -7, o/u: 55.5
Live Stream: fuboTV (click to watch for free)
ATS Confidence out of 5: 3
– Get Tickets For This Game

Want a 2nd opinion on who to bet in the Marshall vs Charlotte game?
Click here to get WinnersAndWhiners.com’s predictions on the side, total, first half, and exotic bets! All Free!

Bowl Projections | CFN Rankings
Predicting The Rest of the Season