3 keys for the Oklahoma Sooners to pick up a win in the Red River a showdown vs. the Texas Longhorns. 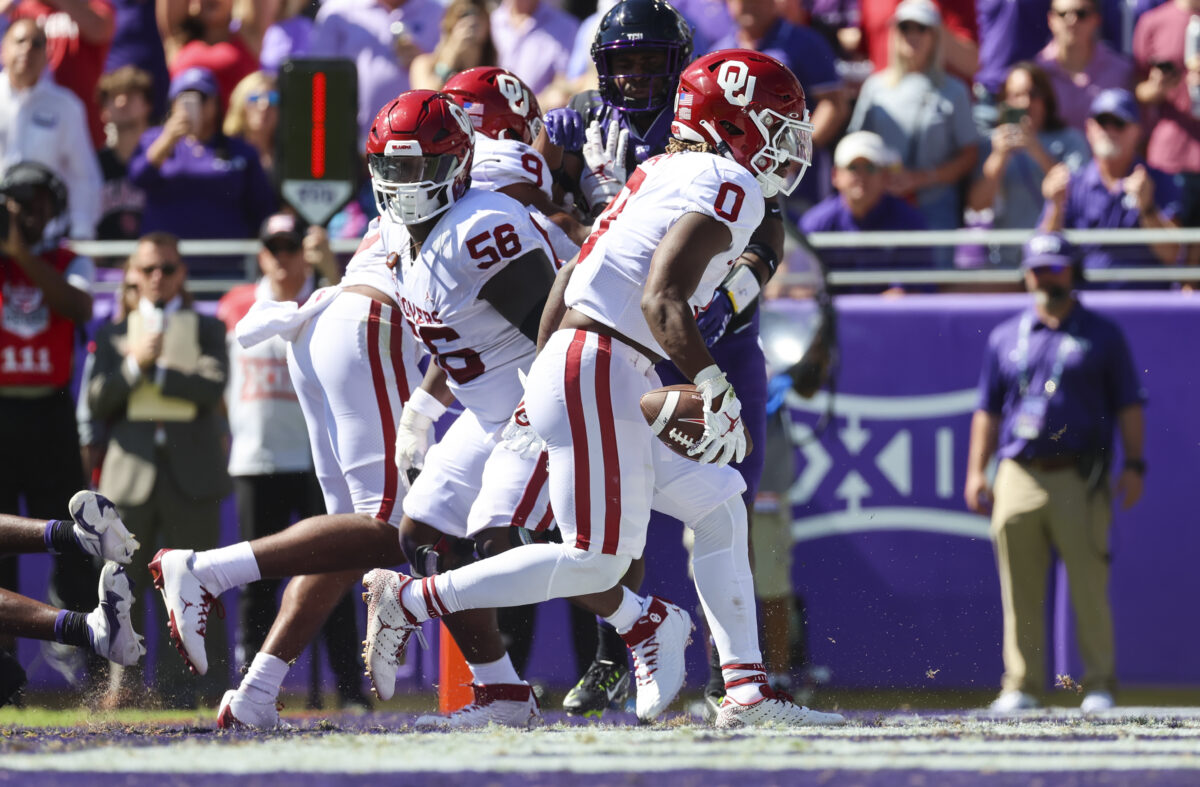 Oklahoma is between a rock and hard place as they head into one of college football’s marquee rivalry games.

It’s Texas week for the Oklahoma Sooners and the team couldn’t need a win more.

Brent Venables is no stranger to this game. He’s been a part of it many times before but this will be his first as the head coach and he comes into the game with a team probably low on confidence, bruised and battered, and simply, not playing good football.

In his weekly press conference, Venables talked about Texas being four points away from being an undefeated team. He’s right. One of those losses was to Alabama in a game the Longhorns were a play or two away from winning. This team isn’t a slouch and with their health starting to look up, things are going to be difficult for Oklahoma.

There’s a path for Oklahoma to win this game. How does Oklahoma get there? Here are three keys to victory.

Up Next: “You’re Unpredictable!”

The race for the Big 12 Championship continues as the Jayhawks host the Cyclones and the Mountaineers travel to Austin. 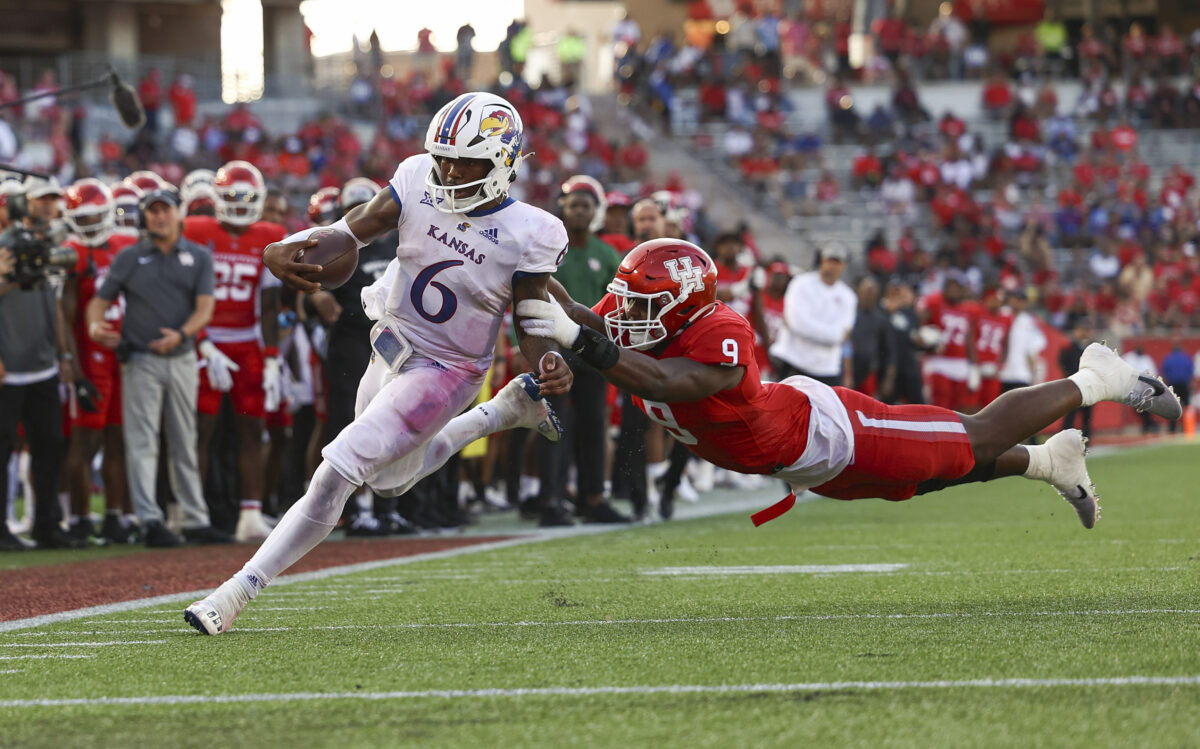 For the first time this season, we have a full slate of Big 12 action coming your way. Oklahoma is in a four-way tie for last in the conference. Losing your first Big 12 matchup of the season will do that.

The Jayhawks still stand atop the conference, albeit with some company this time. Will they still be there after this Saturday’s home matchup vs. Iowa State?

It’s an intriguing slate of Big 12 games that features a rematch of the 2022 Big 12 championship game. A matchup between Texas Tech and Kansas State features two teams who knocked off the Big 12’s departing blue bloods a week ago.

If you like Big 12 football, the entire slate offers some fun games to watch, but how will the games turn out? Here’s this weeks Big 12 predictions. 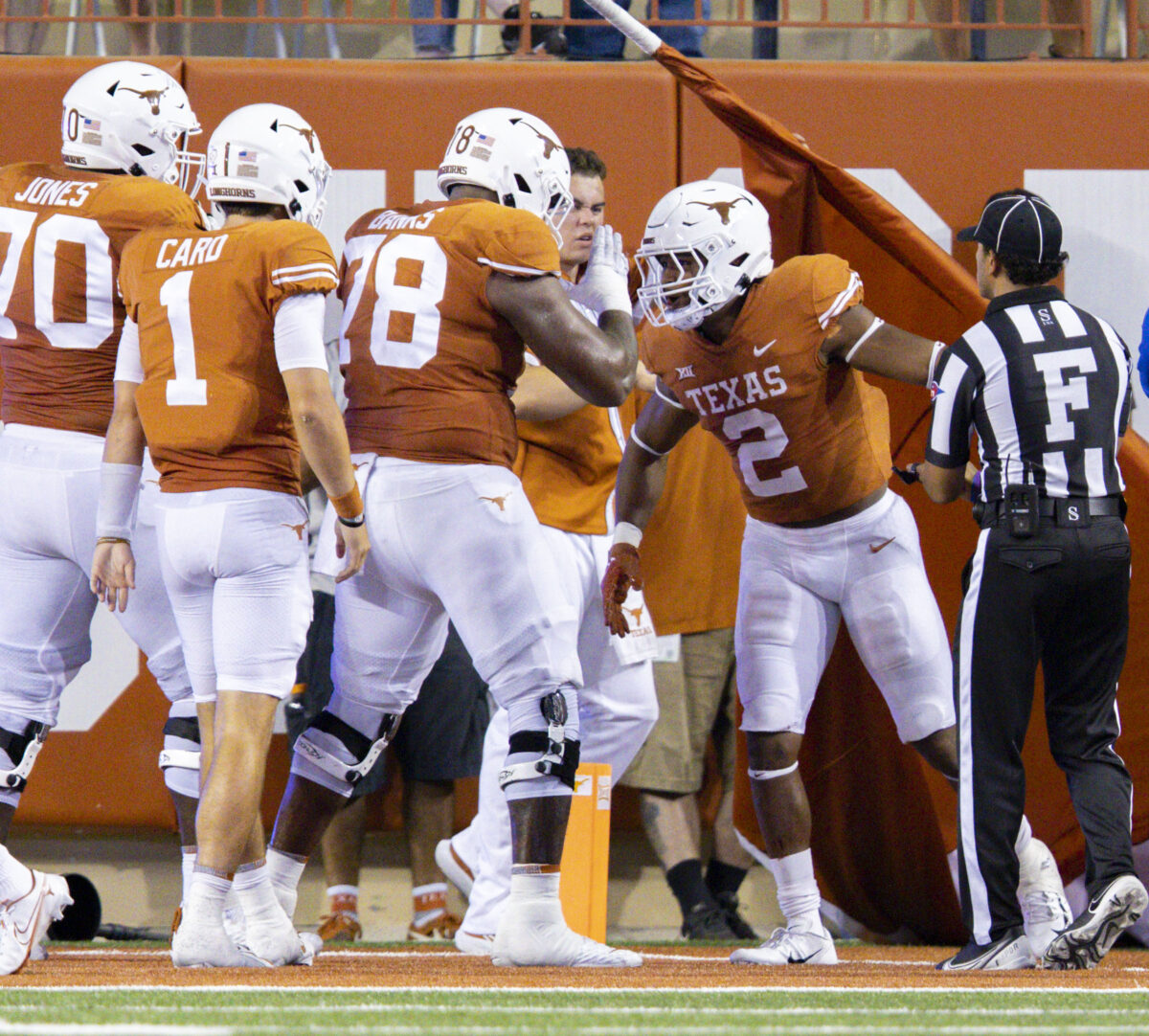 The Longhorns’ late-game woes from last season continue to haunt them. Texas held a 14-point advantage in the second half before Texas Tech stormed back to steal the victory, 37-34.

Steve Sarkisian has been proud of the mentality of his team following the difficult loss. He alluded to the Longhorns holding a players-only meeting on Tuesday to focus on some of the recurring issues.

“What I was proud of with those guys was coming out of the ballgame last week, Monday they had a leadership council meeting. Then Tuesday morning, they had a player-only meeting where the leadership committee addressed some of the things that I talked about where we can improve. I thought that was a great sign they were willing to take that initiative and do that.”

Texas looks to avoid dropping to 0-2 in Big 12 Conference play when they host West Virginia on Saturday. The injury status of quarterback Quinn Ewers and wide receiver Xavier Worthy is unclear.

Oklahoma travels to Fort Worth to take on TCU in Big 12 play, and here are three keys to an Oklahoma Sooners win. 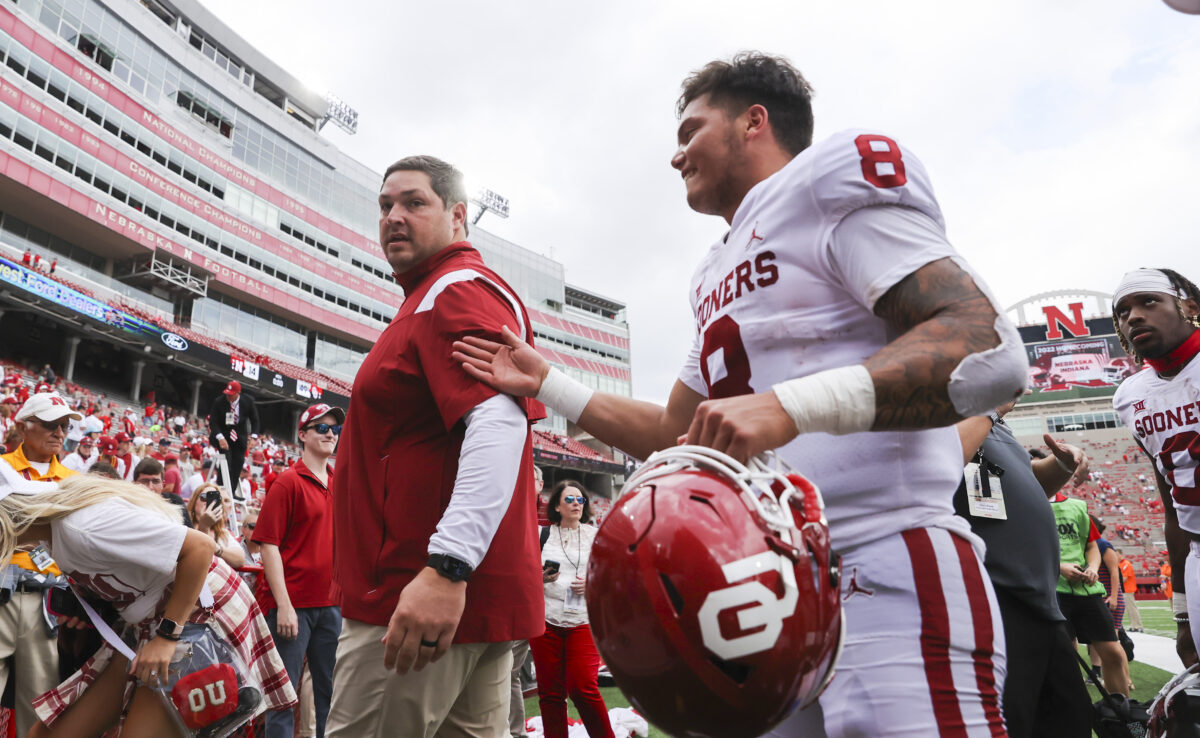 For the first time in his very short coaching career, Brent Venables is tasked with rallying his troops after a loss. This Oklahoma team hasn’t reached its potential, and that’s OK for a football team at the end of September. However, as it gets deeper into conference play, it will have to evolve and find a new gear to tap into. Otherwise, any chance of playing in the Big 12 Championship game could wind up off the table.

The first opponent it will see after the loss is the TCU Horned Frogs. Last year in Norman, Oklahoma dominated TCU’s defense and put up 52 points en route to a 52-31 win. TCU no longer employs long-time head coach Gary Patterson, who helped the Horned Frogs to 11 bowl victories in 21 seasons.

New head coach Sonny Dykes has the Horned Frogs off to a 3-0 start. They come into the game feeling great after beating SMU, their Dallas-Fort Worth Metroplex rival.

It will not be easy for Oklahoma on Saturday afternoon. TCU has looked pretty solid for the most part. For a team that comes in with a defense carrying a bruised ego after the rushing clinic the Wildcats put on, Oklahoma takes on a TCU team with the 27th-ranked passing offense in the country.

Here are three keys to a Sooners win on Saturday.

Up next: Set the tone

All Big 12 schools are in action this week as conference play is starting to heat up. 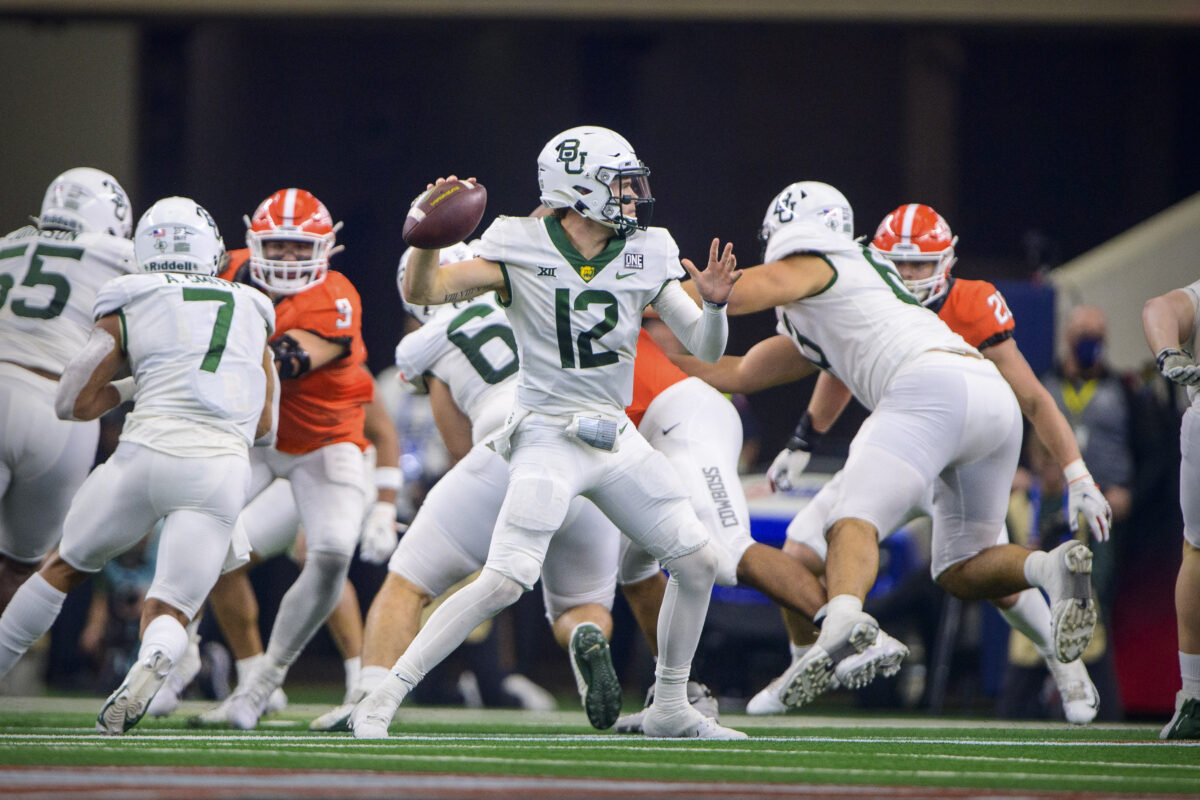 All Big 12 schools are in action this week as conference play is starting to heat up. The Week 5 stale should paint a picture of who is going to compete for a league title and who has work to be done.

No. 16 Baylor and No. 9 Oklahoma State get together for a rematch of last year’s Big 12 championship game. The Cowboys are unbeaten this season entering their first conference game of the season. Baylor is 3-1 coming off an impressive road victory at Iowa State.

No. 25 Kansas State host Texas Tech as both schools are coming off major upset wins. Wildcats’ Adrian Martinez and Red Raiders’ Donovan Smith provide a sneaky good quarterback matchup in this one.

No. 18 Oklahoma and Texas are looking to get back on the hump after struggles in Week 4. The Sooners travel to take on Sonny Dykes and new-look TCU. Texas welcomes West Virginia to town in what should be an offensive shootout.

Kansas just missed the AP Top 25 rankings after its 4-0 start to the 2022 campaign. They have an opportunity to jump into the rankings with a win over Iowa State this weekend. Matt Campbell’s cyclones are hoping to avoid an 0-2 start to Big 12 play.

Here is our prediction of each Big 12 matchup in an exciting Week 5.

One of the best basketball prospects in the class of 2023 is closing in on a college decision. 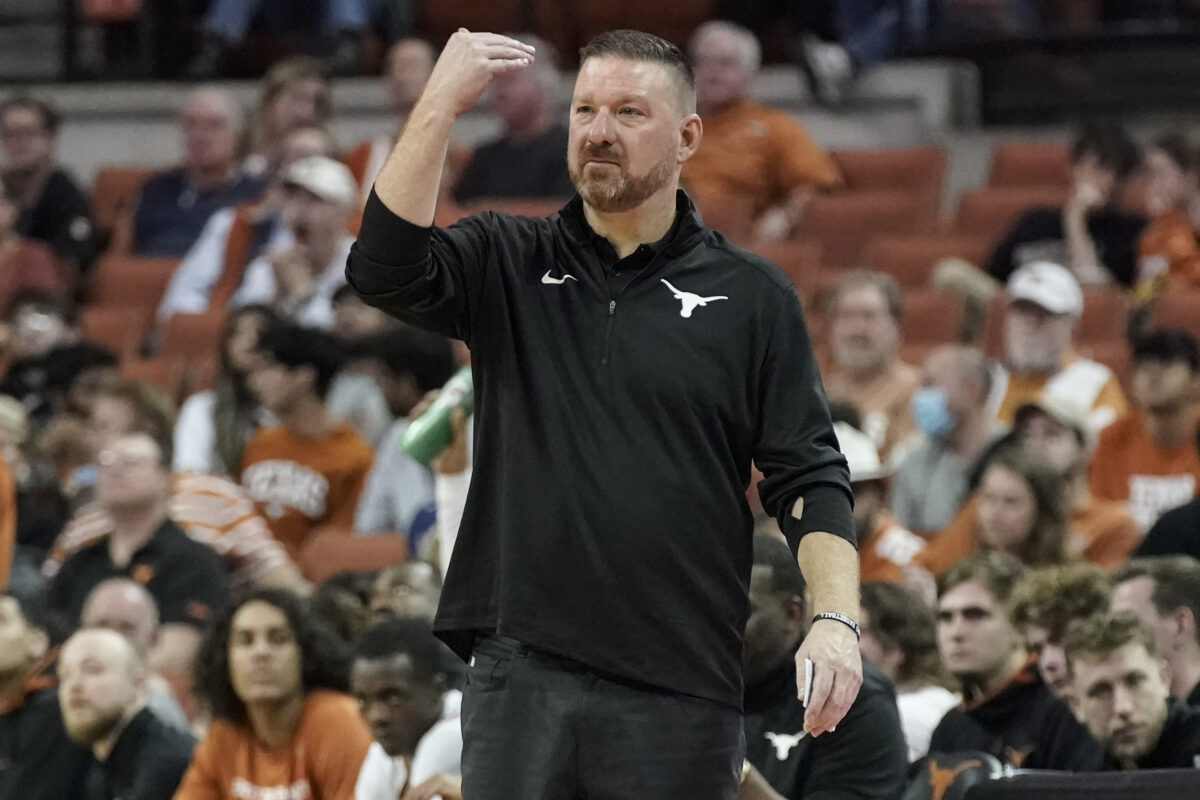 One of the best basketball prospects in the class of 2023 is closing in on a college decision. END_OF_DOCUMENT_TOKEN_TO_BE_REPLACED 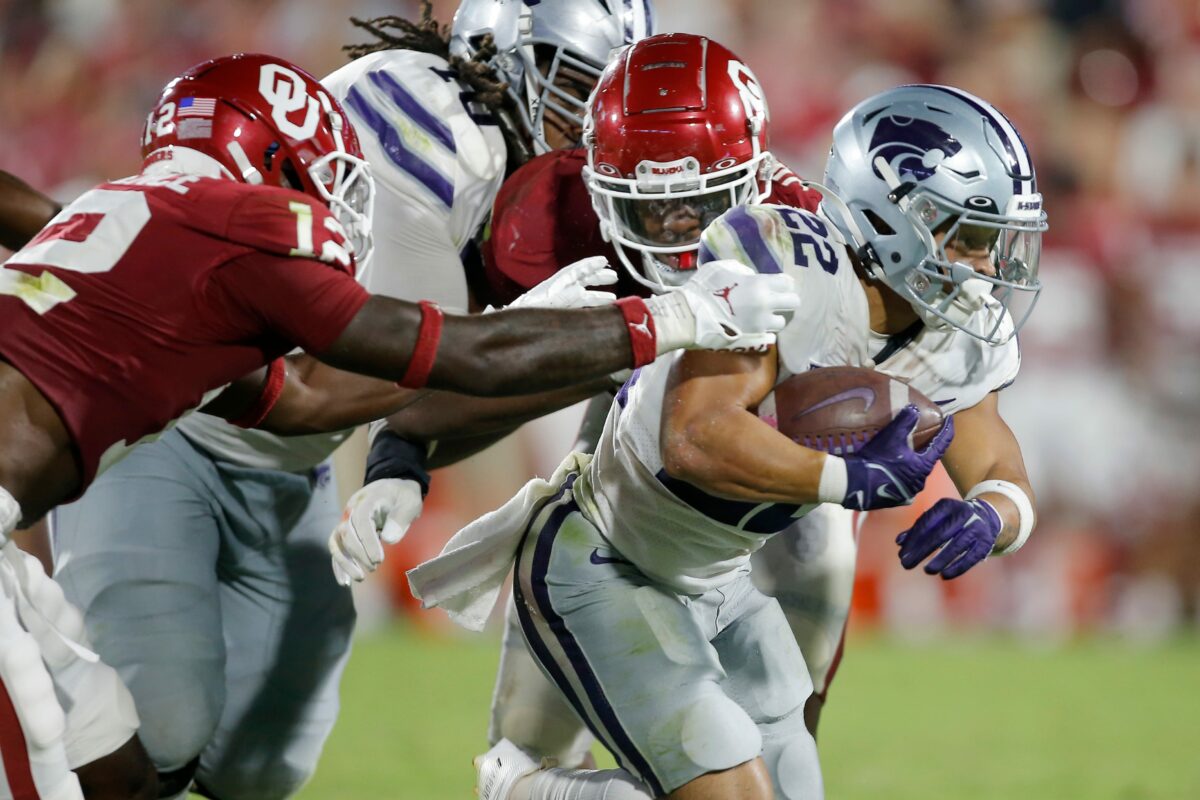 Week 4 of the college football season brought us chaos throughout the Big 12. END_OF_DOCUMENT_TOKEN_TO_BE_REPLACED

Here is a look at the studs and duds from Texas’ loss to Texas Tech. 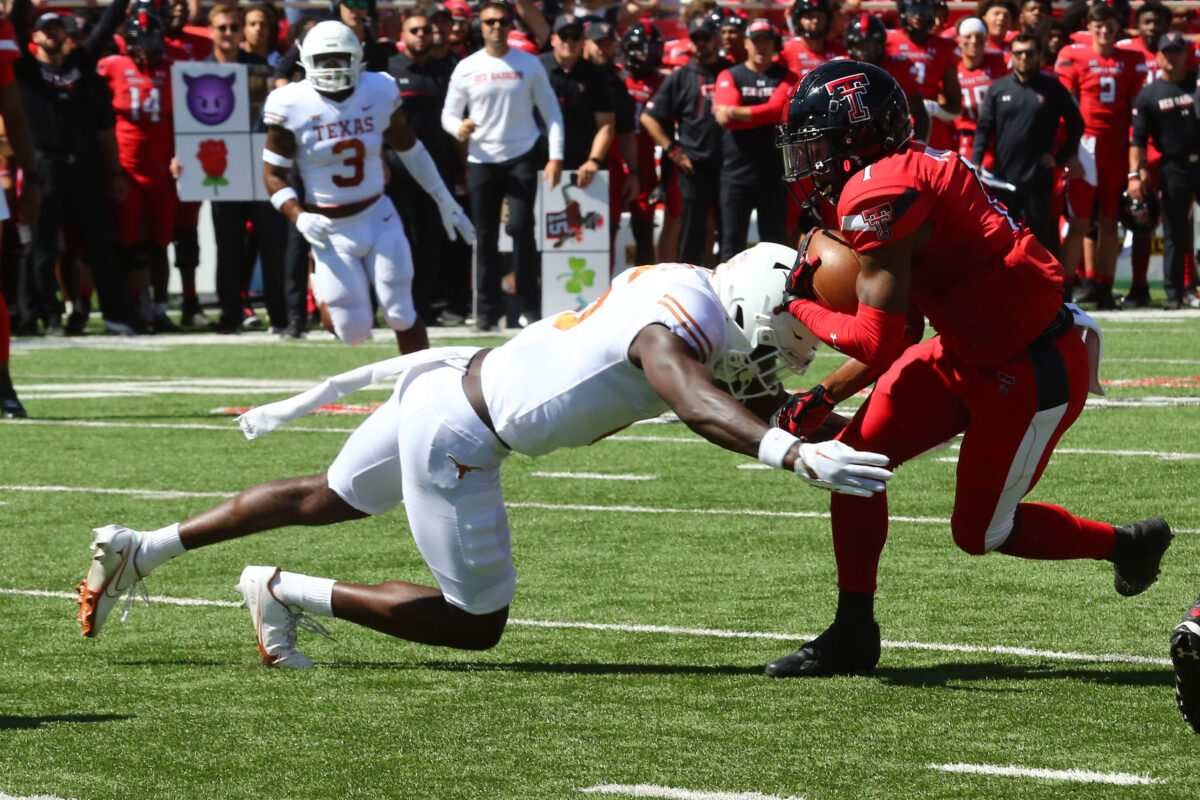 No. 22 Texas drops to 2-2 on the season after falling to Texas Tech in overtime on Saturday. Red Raider fans stormed the field celebrating the 37-34 electric win.

Second half struggles continue to haunt the Longhorns. Texas took a 24-14 lead into halftime, just to watch it disappear in the fourth quarter.

Missed tackles and untimely penalties kept the Texas defense on the field for what felt like an eternity. Texas Tech ran over 100 total plays and converted six of eight fourth downs.

An overtime fumble by Bijan Robinson proved to be the nail in the coffin for Texas. The Red Raiders capped off the upset victory with a 20-yard field goal to end the game.

Texas looks to rebound next week as they host West Virginia. We have already reached what feels like a must-win game for Steve Sarkisian and company.

Here is a look at the studs and duds from Texas’ loss to Texas Tech.

It’s a busy week in the Big 12, who will come out on top in some pivotal conference matchups? Could Kansas move to 4-0 on the season? 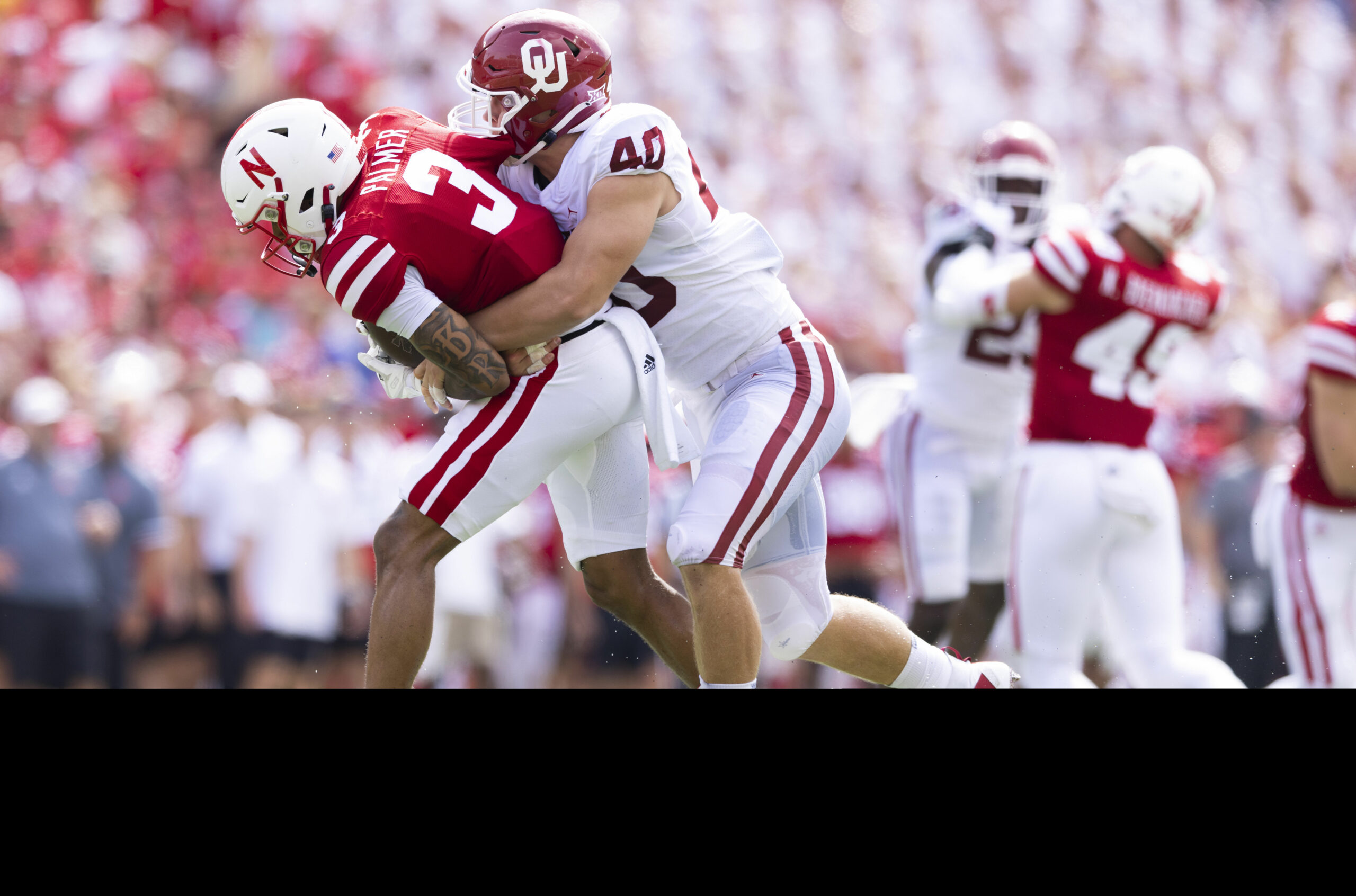 Big 12 play is finally in full swing with several big matchups on the week three slate. Some teams are trying to show they’re more than a flash in the pan while others are looking to stay afloat.

The Kansas Jayhawks still stand alone at the top of the Big 12 standings heading into week four, but with Big 12 play finding other campuses, the Jayhawks will get some company.

Let’s see what we’ve got on tap for this week.

What is your favorite football coach rant of all-time? 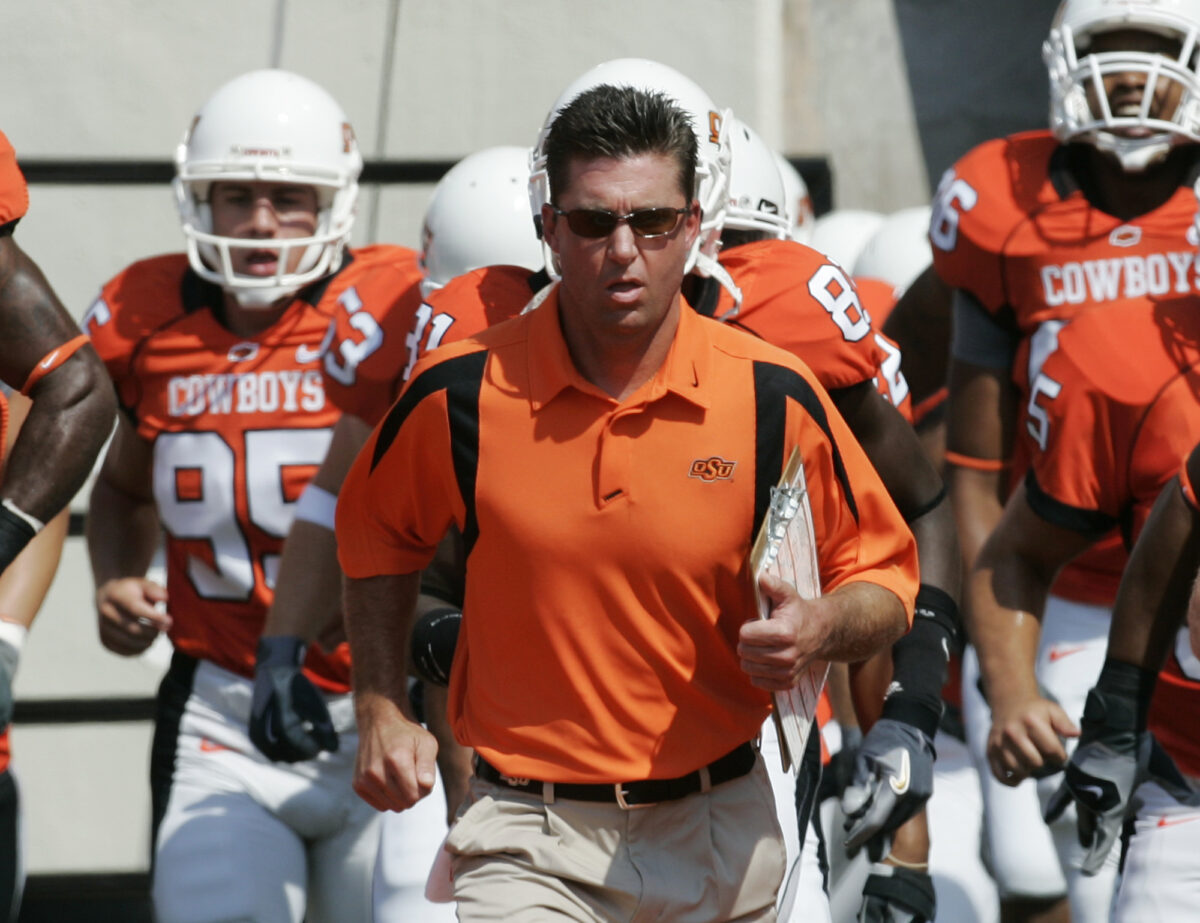 15 years ago today wasn’t a particularly memorable day if you’re a Notre Dame fan as the 2007 Fighting Irish squad was beat up by Michigan State 31-14 and fell to 0-4 for the first time in program history.  That team was bad, it got worse before it got better, and ultimately finished 3-9.

On that day however it wasn’t [autotag]Charlie Weis[/autotag] who went on a legendary postgame rant that still gets played on countless sports radio shows to this day.  It was instead a young head coach by the name of [autotag]Mike Gundy[/autotag] who met the media following a shootout victory over Big 12 rival Texas Tech.

The rest as they say is history.

I’m not sure how many of us thought Gundy, who improved to just 13-15 as Oklahoma State’s head coach on this day, would still be leading the Cowboys by the time he was 55, but having led Oklahoma State to 16-straight bowl games and a Fiesta Bowl victory over Notre Dame a year ago, it certainly doesn’t appear that he’ll be slowing down anytime soon.