At this point in the season, USA TODAY Sports projects nine Big 12 teams to go bowling. 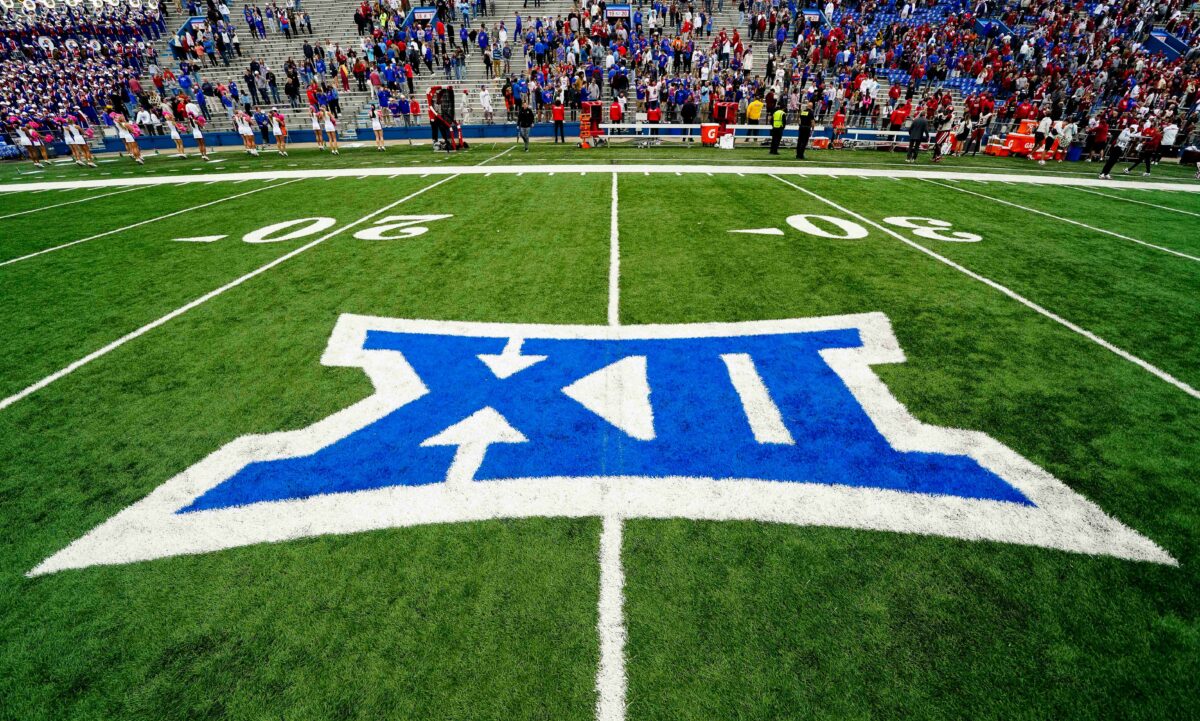 The Big 12 title race is wide open right now and over a handful of teams will likely become bowl eligible by the conclusion of the season.

Kansas has taken the conference by surprise with an undefeated record through five weeks. Oklahoma has dropped consecutive games to Big 12 opponents and is on the brink of essentially being eliminated from Big 12 title contention with a third loss to Texas this week.

Oklahoma State is far and away the top team in the conference, while Baylor, Kansas State and a few others will remain legitimate contenders.

Through the first five weeks of the season, USA TODAY Sports projects nine Big 12 teams to reach a bowl game. Here’s a look at where they each land.

Big 12 spring football rankings, lookaheads, and predictions with best and worst case scenarios for every team 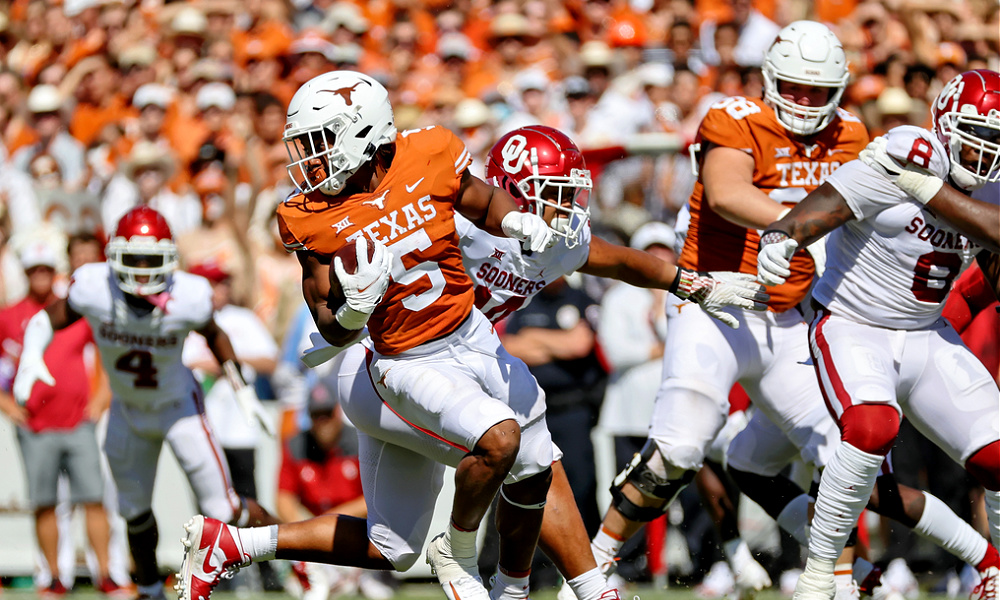 Big 12 college football rankings and predictions with the realistic best and worst case records and quick analysis – the 2022 spring version.

Good luck trying to figure out the Big 12 pecking order.

Kansas is still likely going to be near the bottom, but it’s better.

Oklahoma and Oklahoma State are likely going to be near the top, but there are concerns.

With coaching changes, big transfer portal moves, two schools starting to pack things up for the SEC – or, at least, wanting to – and underperforming teams from 2021 – Texas, TCU, Iowa State – all potentially good enough to crank up far better seasons, this is going to be fun.

Before diving into the nuts and bolts of each team with our team-by-team Preview 2022, here’s the spring version quick look, prediction, and ranking of each Big 12 team. 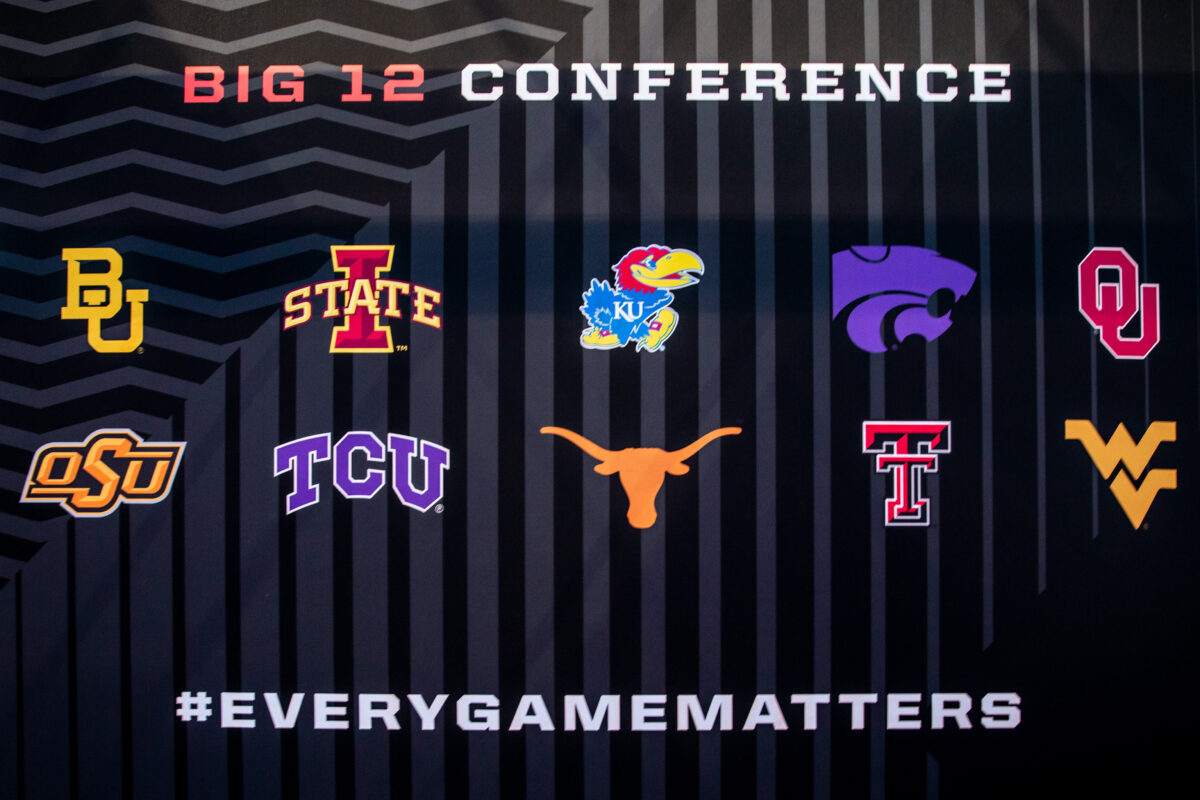 While there are currently two clear-cut teams at the top of the Big 12 conference, there is a group of teams bunched in the middle that have a chance to cause havoc if they beat those teams.

Every other team in the middle group of the Big 12 standings right now, such as Baylor, Iowa State, Texas, and Texas Tech are all hoping for the Oklahoma schools to be knocked off in order to give themselves a chance for the conference title.

While Kansas likely won’t knock off the Sooners this week, Oklahoma State has a very interesting game against Iowa State that could mark the beginning of the aforementioned chaos.

After last week’s predictions I am 24-13 on the season. Here are my predictions for how Week 8 will shape up, excluding Texas as they are on a much needed bye week.

The College Football News Big 12 preseason predictions for every game, predicted order of finish, and lookahead to the 2021 season. 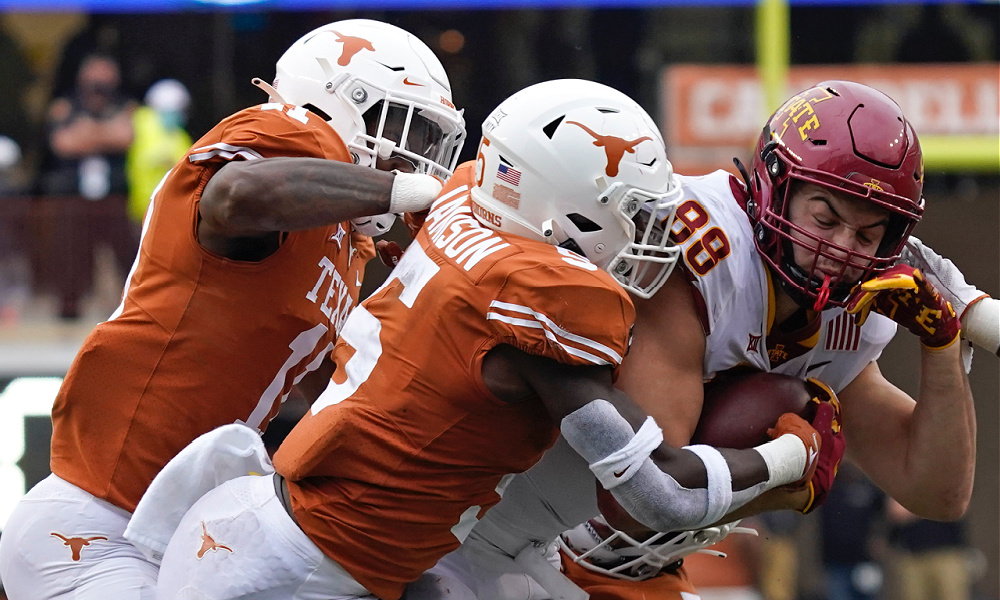 The College Football News Big 12 preseason predictions for every game, predicted order of finish, and lookahead to the 2021 season. 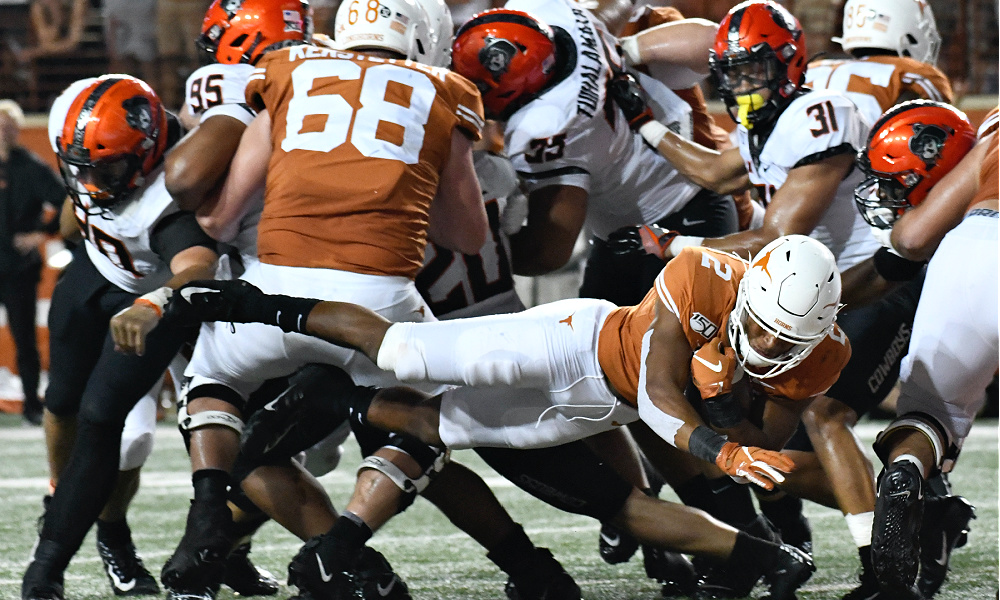 As if everything we’re going through in the college football world – and in real life – isn’t stupid enough, let’s take it all down a few levels.

What if you were told last year at this time that Baylor was going to play for the Big 12 Championship?

What if you were told last year at this time that Matt Rhule would have an NFL job – hardly a shocker – but Lincoln Riley was still going to be in Norman?

They’re the wild and wacky curveballs that make each season fun. Enough safe and sane, it’s time for dumb and dangerous with five (potentially) stupid predictions thrown at the wall to see if they stick.

To keep this fun, this entire Stick To Sports piece is in a safe, COVID-19-free bubble.

It’s going to take some work for the Big 12 to biff two or more of their Plus-1 games.

Each Big 12 team gets one non-conference tune-up game before diving into the nine-game conference run, and let’s just say no one is exactly pushing the envelope.

Let’s just give Texas Tech (Houston Baptist), West Virginia (Eastern Kentucky), TCU (Tennessee Tech), Texas (UTEP), and Oklahoma (Missouri State) the benefit of doubt and chalk up wins for all of them.

And that’s fine. With no preseason, all college teams are insane to not schedule a winnable game to work out all the kinks. Unless something crazier than even 2020 can throw at the Big 12, assume 5-0 out of that group.

Tulsa has a potentially amazing offense that might come up with something special on the right day against Oklahoma State, but nah – the Cowboys will win that. However …

Be very, very careful of the opening of the Dave Aranda era at Baylor with a dangerous Louisiana Tech team coming into Waco.

Ha ha ha, Kansas gets Coastal Carolina to start. Yeah, the Chanticleers won 12-7 on its trip last year to Lawrence.

Arkansas State absolutely has the chops to pull off something fantastic in Manhattan against Kansas State, and watch out for a dangerous Louisiana team with the offense, coaching and firepower to upset Iowa State.

What’s going to happen this season in the Big 12 with the revised schedule? The schedules and predictions for each team and every game. 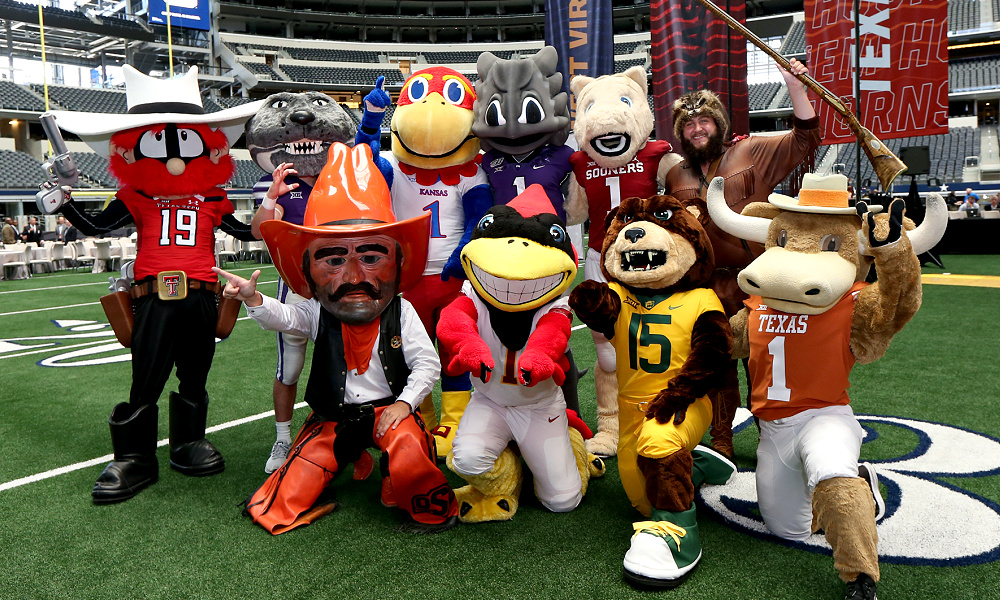 What’s going to happen this season in the Big 12 – if it’s able to make the season go? The schedules and predictions for each team and every game.

What’s going to happen this season in the Big 12? The schedules and predictions for each team and every game. 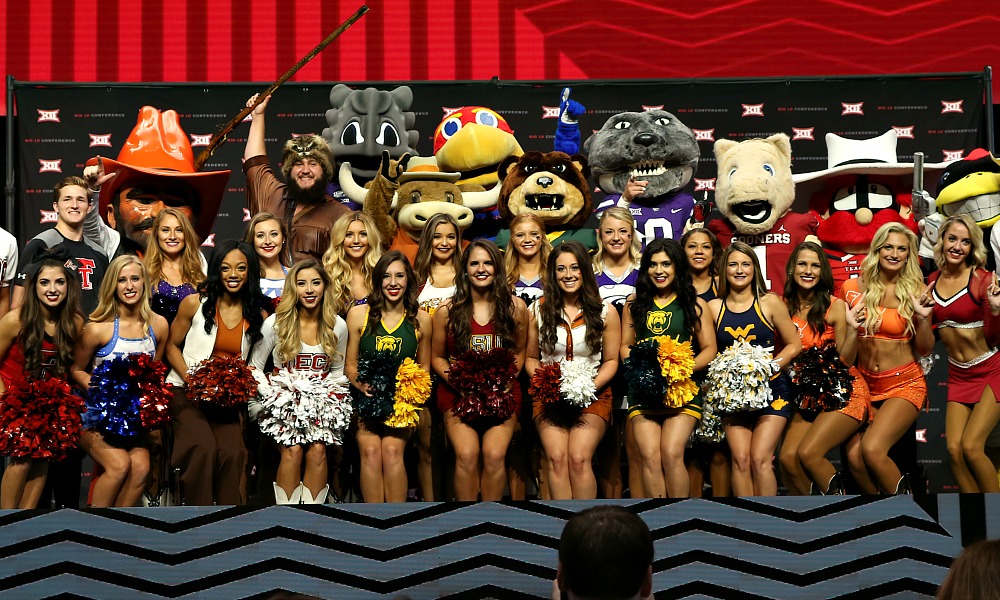 What’s going to happen this season in the Big 12? The schedules and predictions for each team and every game.